Drag is the art of disruption. Behind the wigs, tape, make-up and costume lies a subversive core, one rooted in a desire to fuck with the mainstream misconception that gender can be neatly separated into two categories. Performers challenge this idea by mixing visual gendered codes, blending them throughout flawless, electrifying routines designed to highlight the fact that men aren’t inherently masculine, nor are women inherently feminine, and that there’s an entire realm of possibility outside of these boxes: “We’re all born naked, and the rest is drag.”

It’s ironic that the legendary RuPaul, responsible for coining this progressive soundbite, has recently become one of drag’s most vigilant gatekeepers. He drops the word ‘radical’ throughout interviews yet effectively bans women from entering his trailblazing competition, despite the fact that everyone has the ability to ‘drag up’ and fuck with the myth that gender is simple and binary.

But Drag Race doesn’t have an international monopoly on drag. In towns and cities across the world, performers galvanized by Ru’s exclusionary comments are carving out their own scenes.

“RuPaul’s comments actually pushed me to make my own night happen,” explains Katy Jalili, who last week saw the launch of their new night Gender Fvcker, London’s first non-binary drag competition. “His words were so hurtful in terms of sexism, but also trans erasure. Drag has the power to help performers explore their gender identity. It isn’t always about mocking gendered stereotypes; for a lot of trans people, drag can be an act of survival.”

Jalili refers specifically to a series of trans-exclusionary comments made earlier this year. It’s worth pointing out that Drag Race has featured a handful of trans queens – many of whom responded to the scandal – although the majority have come out mid-way through their seasons. Peppermint is the only woman who was openly trans from the moment she applied, yet Ru dismissed this fact with the notoriously harmful statement: “You can identify as a woman and say you’re transitioning, but it changes once you start changing your body.”

The damaging implication was that Peppermint wasn’t ‘trans enough’ to be exempt from the competition, a fact she highlighted in an eloquent response for Billboard. Ru apologized and Peppermint advised that the situation should be used as an opportunity for education, but the incident confirmed what many had already thought: that Drag Race has fallen far behind current cultural conversations.

Now, Jalili says the time has come to create new spaces. “Since I started performing in the cabaret scene two years ago, I’ve realised there’s a massive obsession with everything being slick and perfect, which can be great. But there’s rarely any space to make mistakes, or to make experimental work that’s challenging. So I wanted Gender Fvcker to be that space for performers who want to have fun, and mess around.”

As my friends and I descend the narrow, dimly-lit staircase of East London’s revered VFD for the launch night, it becomes clear that Jalili has achieved their goal. Painted performers, low-key glamazons and dapper onlookers are strewn throughout the basement venue, their eyes fixed unwaveringly on a cleared-out space which tonight plays host to four wildly different acts. Some perform lip-syncs with a twist, whereas others improvise comedic, crowd-centered routines and sing experimental ballads to an enraptured audience.

Guest hosts Lasana Shabazz and Joey Fourr, both talented performers in their own right, give in-depth, genuinely useful critiques. There’s no shade for the sake of it, only notes, tips and a few hilarious encounters which engage the contestants as opposed to alienating them.

“I’m hoping to see rawness, experiments and messing up,” enthuses Jalili. “This is a place to be imperfect in the most perfect way possible.” Interestingly, acts also get the chance to respond to critique and suggest how they would modify their routine in the future – it’s this back-and-forth dialogue and lack of hierarchy that sets tonight apart from other contests.

Eventually, the winner is named Bae Sharam, an incredible performer whose routine shifts from a powerful, spoken-word piece on growing up female-bodied in Pakistan, to a full striptease soundtracked by the Backstreet Boys.

Sharam initially commands the crowd to be silent, to close their eyes and to immerse themselves in their narrative; as they stand in a full burka recalling their oppression, they appear to be a definite anomaly in terms of what we usually define as a drag show. This turns out to be a ruse, one which leads to shrieks of laughter when the hush lifts and the familiar chords of ‘90s pop ring throughout the venue. It’s this combination of intimacy and entertainment that elevates their performance, as well as a few tongue-in-cheek props, such as an inflatable telephone and a red strap-on.

Elsewhere, Tetley opens the night with an explosive performance soon followed by an interactive routine by Tom Bland, which saw them mingle with the crowd and crack jokes. Then, it was the turn of Queer Faith, a mesmerizing nymph (they referred to themselves specifically as a ‘radical faerie’) whose body and face is dappled with paint, to sing a live ballad to a hushed audience. Their collective talent was obvious, yet their acts and identities deviate from the prescribed drag norm that Drag Race, despite its claims of radical intent, largely adheres to.

The reality is that genuine brilliance can come when attempts at gatekeeping are abandoned. Also, definitions change over time. The disruptive drag that we know and love today was  originated by talented queens of various gender identities just a few decades ago, whereas the language largely used to describe it now was theorized and concretized by queer theory scholars.

The actual origins of ‘drag’ – and by this, I also mean ‘dressed as girl’, the initial acronym – were rooted in misogynistic desire to keep women off-stage, so men would dress up as them in order to literally erase their presence. It wasn’t until the 20th century that ‘drag’ became more radical, yet the various trans trailblazers responsible for accelerating its rise to cultural prominence were later left behind.

Ru is right to an extent when he says that men ‘dragging up’ as women is hugely transgressive. Masculinity is heavily policed, which means that ‘feminine’ men are often shamed and rejected, even within LGBT+ culture and communities. But femininity is also heavily policed; society punishes butch women that don’t conform to it, and it also punishes ‘feminine’ women by laying out a list of restrictive standards and expecting compliance. As for queer and non-binary people, society often fails to make even a cursory attempt to understand their identities – so why shouldn’t they be given the opportunity to fuck with the gender politics sustaining their oppression?

The fact is that drag has paradoxically become a male-dominated industry despite profiting largely from the same ‘feminine’ ideals weaponized against women. This isn’t to suggest that drag is misogynistic – this ridiculous claim ignores the core ethos of drag, and forgets that its aim is to shift the overall paradigm and therefore make all of our lives easier. But to gatekeep drag is discriminatory by default. The only way to resolve this problem is to invest our energy – and our resources – into supporting nights that genuinely aim to disrupt the status quo. 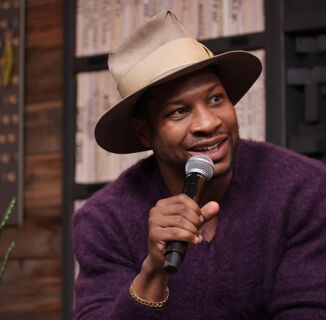 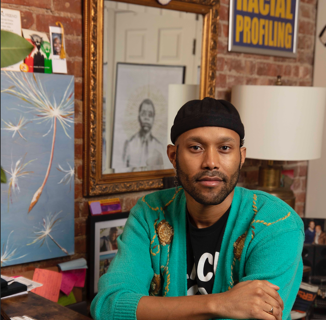