Lorde got herself into a bit of trouble yesterday when she posted a picture of a bathtub on Instagram with the titular lyrics from “I Will Always Love You” as the caption. Fans immediately reacted negatively to the post as it was seen as a reference to Whitney Houston’s death, which occurred by drowning in a bathtub. 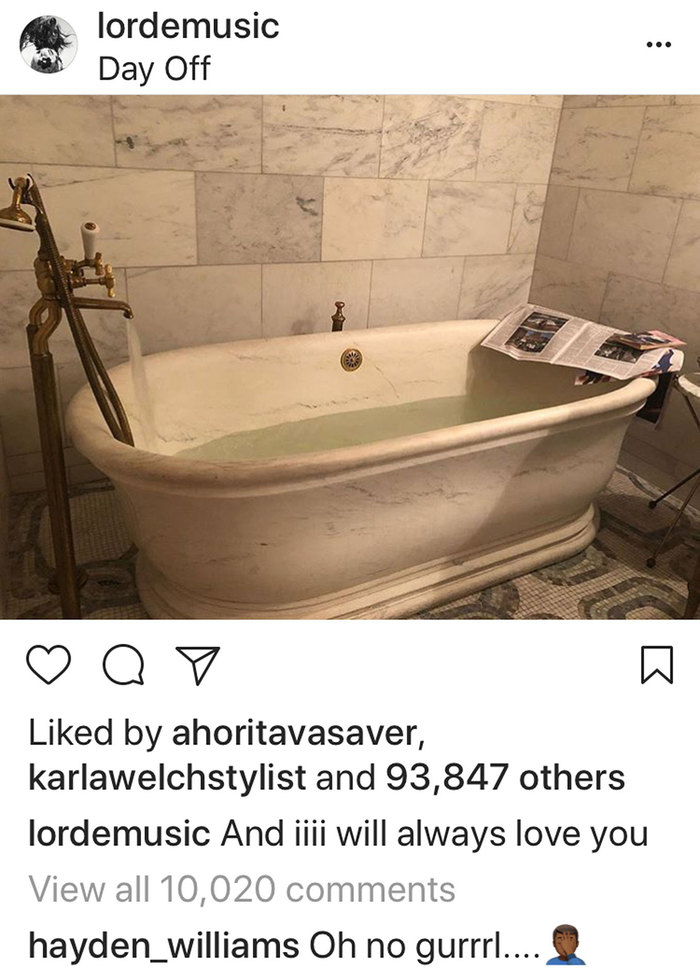 “I’m so sorry for offending anyone,” Lorde wrote in a Instagram story post. “I hadn’t even put this together I was just excited to take a bath.”

Lorde is lucky the gays were watching Drag Race and weren’t bored enough to make her Whitney Houston scandal a bigger deal pic.twitter.com/7O485yTedK

It was a little shocking to see people on Twitter come at Lorde so aggressively. Given Lorde’s positive track record with other social issues, I thought we’d all just assume it was a bad coincidence. I can’t imagine a situation where one, she thought it was funny to post something like that, and two, she thought it would be well received online.

i just want to say i’m so, so sorry. all white people are responsible for this system’s thrive and fall. we have to do better. i’m sorry

Whether you thought it was intentional or not, Lorde’s immediate apology and deletion of the post was a better response than we get from a lot of celebrities.