On the surface, the case of Mercedes Williamson’s murder was sadly typical.

The young trans woman was stabbed to death by her ex-boyfriend Josh Vallum when, as he told the Mississippi authorities, she revealed her gender identity to him for the first time. Vallum pled trans panic as, in his own words, he snapped when he found out Mercedes had male genitalia.

Gay and trans panic defenses have long been used to deflect responsibility onto the victim. Now illegal in Illinois and California, following a 2013 recommendation from the Bar Association that it be eliminated, the rest of the United States allow for this claim from defendants on trial for murder of LGBTQ people. Earlier this year, Brad Sears, the founding director of the leading LGBT legal think tank The Williams Institute, said “the gay and trans panic defenses mean that LGBT lives matter less.”

What’s at stake when such defenses are invoked is central to Williamson’s case. 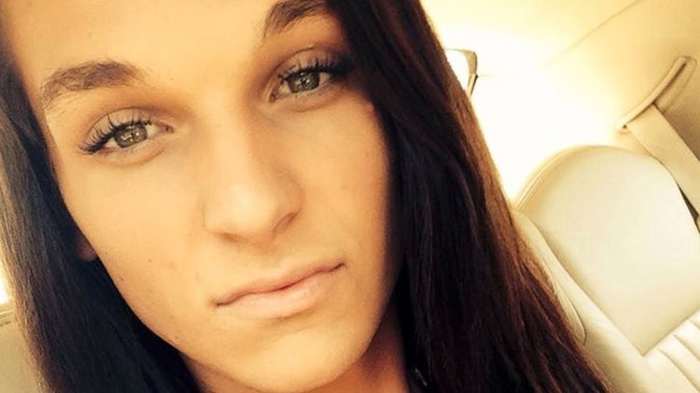 After pleading guilty, Vallum was sentenced to life in a Mississippi prison. While incarcerated, he was indicted by federal prosecutors, making him the first-ever person convicted of a federal hate crime charge for the murder of a transgender person.

“I’ve been kind of waiting for the right opportunity to make that film,” says Ben Steele, the director of Love & Hate Crime, which tells the story of Williamson’s murder in its premiere episode this Friday on Investigation Discovery. The British director, known for Hunted: The War Against Gays in Russia, says he was excited the project would allow him to pry open conversations about hate crimes in the United States.

“I’m fascinated by stories which allow us to open up what it means to be a human,” Steele tells INTO. “We all frankly have good and badthe monster and the angel withinthat we all struggle with. It is in these extreme cases that we get to explore how this is all playing out.”

Vallum’s interviews were filmed at the Mississippi Department of Corrections, and the convicted murder was seemingly candid about his motives and actions. He openly admits what he did with, it seems, nary an ounce of the contrition his words suggest.

“If there is anything in this world that I could take back it would be that I would give Mercedes her life back,” Vallum tells the camera. “I would actually give my life in exchange for her life. Because the guilt that I’m living with is so horrible it’s not worth it. I know that I’m secure in my relationship with God but I don’t know that Mercedes was secure. So I have to live with the fact that I killed Mercedes and she’s in hell.”

That kind of strong Christian language runs through much of Vallum’s filmed testimonials, and is one of the things that baffled Steele most. But it also points to the broader faith that drives much of the homophobic and transphobic sentiment that led to Williamson’s death. Captain Ben Brown, who was the senior investigator for the case, frames the shocking events following the murder as being an anomaly within the Mississippi community because, he says, “Everybody in George County is good Christian people who love the country lifestyle and enjoy being around their family.” That idea however, doesn’t seem to extend to the late Williamson.

Vallum’s mother, also serving time in prison for drug-related offenses, uses similar language when talking about how everyone’s time on earth is supposed to be painful so as to better earn the peaceful reward awaiting us all in heaven. These strong conservative values are intimately tied with the Christian faith in this corner of Mississippi, where the murder of a trans woman is almost treated as deserved punishment.

“That type of Christianity, which is so focused on hell and damnation, I was surprised by,” Steele tells INTO. “In general, I was surprised by this very dualistic way people have of seeing the world: either you’re leading God’s pure life or you’re damned.” 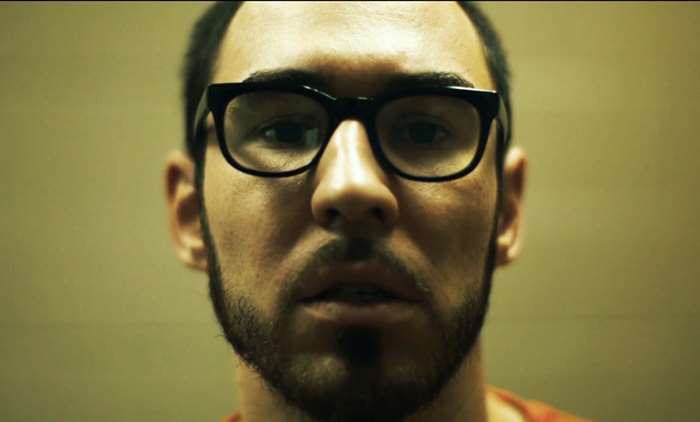 Vallum sees no middle ground, even and in spite of his own actions. That rhetoric allows him the chance to damn Williamson even after she’s been buried.

For a young woman who’d been shunned by her own family and thought she’d found a loving boyfriend whom she praised to her friends, Vallum’s words function as yet another violent act, one that not only erases the relationship they had but reinforces the hate-filled rhetoric that allows these kind tragic murders to continue to be all too common occurrences.

“Here in the U.S. the transgender community is incredibly vulnerable,” Steele says, “and in great swaths of this nation they’re being persecuted. Often the persecution takes the form of light hearted banter or comedy, if not disgust. But that adds to a climate where this is accepted.”

In 2017 alone, 27 transgender women were murdered in the United States, with several cases already making headlines not even two months into 2018.

The more we learn about Vallum’s erstwhile relationship with Williamson, the clearer it becomes that Steele’s hunch this story would be worth chronicling proves to be correct. With a surprising amount of accessnot just to Valum but the prosecutors Williamson’s friends, law enforcement, and a reporter who investigated the case in-depthSteele manages to poke holes in Vallum’s story, revealing his seemingly straightforward tale to be an all-too-tidy affair that’s murkier than it appears.

“We were just so intrigued that Josh is this unreliable narrator,” Steele added. “He admits to murder but is potentiallyand it’s up to the audience to draw its own conclusionslying about his motivation.”

For Steele, this was less a case of a whodunnit than a whydunnit.

The conclusions we are encouraged to draw on our own come from the various facts that threaten to outright contradict the official story Vallum told his father (who contacted police after his son confessed to him), the authorities (who had no reason to question the killer’s transphobic motive), and Steele’s own crew (who were able to secure access to him during his first few weeks in prison). 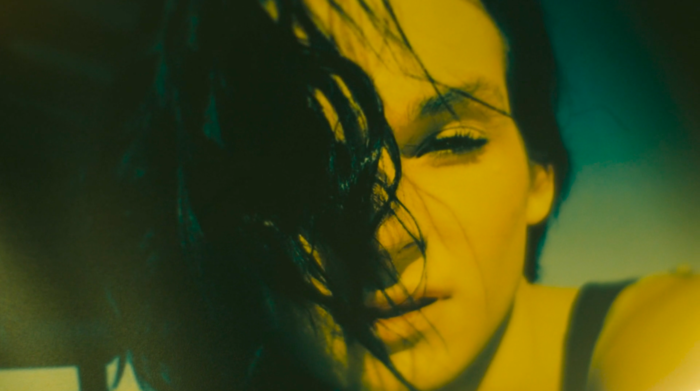 Steele presents these facts as to why Vallum plead guilty rather than go to trial where his trans panic defense, as various talking heads in Love & Hate Crime point out, might have gotten him a more lenient sentence. Vallum, it appears, did not want these specifics to come out in court, lest his family and especially his gang find out about them. He seemed to fear how they’d react and retaliate, a claim Vallum adamantly denies on camera. He goes silent when asked by Steele point-blank whether he fears for his life. Then, he admits, he can’t answer that question.

Steele’s decision to slowly unveil these details paint a picture that doesn’t just underline the transphobia that claims the lives of too many trans women in the United States and around the worldit also reveals the insidious homophobia that still runs rampant and claims just as many lives. In trying to discuss why he was driven to such violence (he stabbed Williamson several times), Vallum’s words conflate and confuse the two.

“I was kissing a man, laying down with a man, holding hands with a man, getting blow jobs from a man,” he says angrily. It’s one of few moments when he misgenders his former girlfriend. At times like this, he elicits as much pity as contempt from those of us watching at home, knowing how such bigoted rhetoric continues to be defended.

While Love & Hate Crime encourages us to try to contextualize Vallum’s motives, it never loses sight of the tragedy at its core. It asks us to empathize with Williamson, refusing to sensationalize her death. Steele treats her own drug addiction and sex work not as details that shed light on why ended up murdered, but as unfortunate extensions of the hardships she endured for living her truth.

“Mercedes was a wonderful, brave young woman,” Steele says. “She was taking incredibly bold choices; to be a transgender teen in Mississippi is an incredibly brave thing to do.”

The unsavory details surrounding her death risk humanizing her killer. They underscore how toxic masculinity, willful ignorance, and anti-LGBTQ sentiment cripple young men who then claim they had no other choice but to react the way they did.

And while Steele hopes audiences “come away from it not feeling like things are black and white, feeling [instead] like there’s this intractable issue which we need to talk about,” Williamson’s death puts in stark terms just what’s on the line when said “issues” remain mere abstractions. Namely, the lives of young trans women across the country.