Unlike some films which unfold slowly and reveal themselves to you over time, Love, Simon announces its thesis to you in its very first lines. In a voiceover shown over a montage about his friends and family, main character Simon Spier (Nick Robinson) tells the audience, “I’m just like you.” Much like the recent Netflix Queer Eye reboot announced, Love, Simon wants to stress the similarities between queerness and everyone else rather than focusing on queerness as different.

To achieve that goal, out director Greg Berlanti uses the John Hughes-esque high-school teen outsider genre, to maximum effect. The film’s protagonist, Simon Spiers, is a high schooler with a secret. He’sspoiler alert!gay, but not out to any of his squad: longtime best friend Leah (Katherine Langford), newcomer Abby Suso (Alexandra Shipp) or Nick (Jorge Lendeborg, Jr.). Also excluded from this knowledge are his parents, Jack (Josh Duhamel) and Emily Spier (Jennifer Garner).

Even though the film is set pretty firmly in the analog-free Generation Z world, its nods to queerness and the depiction of awakening to queer identity still ring pretty true. When Simon finds out through a gossip blog that someone at his high school is secretly gay, he creates a fake internet personaJacquesto correspond with this closeted comrade and potential beau. The internet soon becomes the only place Simon can be himself. The two begin confessing to each other and, as their correspondence gets more and more intimate, their chats become more affectionate.

Though the setting is Gen Z, the sentiment transcends generationthose who chatted on AIM, hooked up on Craigslist or slid into someone’s DMs will all feel a kind of kinship with Simon’s journey with a digital stranger. 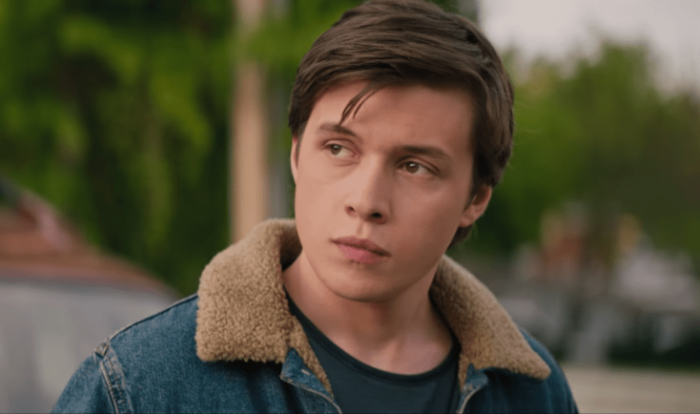 Simon tours through several updated queer experiences. After leaving a browser opened to his secret email account, school nerd Martin (Logan Miller) blackmails Simon, asking for time with Abby in exchange for his secrecy. Of course, blackmail and homosexuality go almost hand in hand. In the late 1880s, Berlin’s police department even had a department of Blackmail and Homosexuality. And, speaking of Queer Eye, the movie also features a scene where Martin expects Simon to offer him fashion tips as part of their unlikely alliance.

While Love, Simon treats its main character’s story with tenderness, its other queer characters don’t get the same fight. Simon is able to find another closeted man online to confide in, but never really seeks the help of the school’s resident femme black gay man, Ethan (Clark Moore). Ethan pops up several times in the narrative, but is used to deliver a joke, be the recipient of some macho-infused bullying, or to do some emotional labor for Simon. The story never quite does right by the high school’s OG out gay guy. 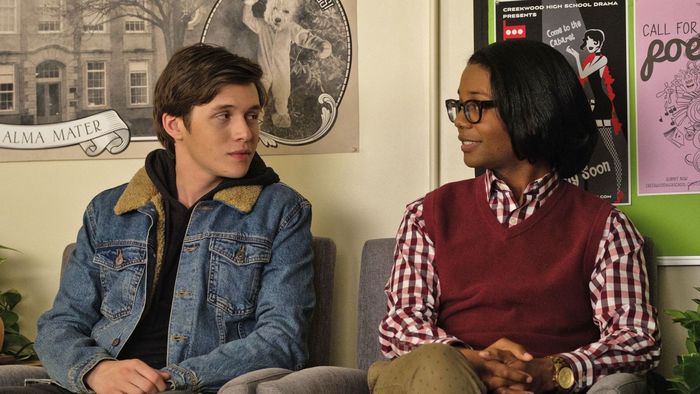 Also, even though Love, Simon takes place among generation Z, it doesn’t much reflect its demographics, seeing as queer teens are the new majority, according to recent research.

Sometimes Simon doesn’t do enough to convince its audience why Simon is having such a hard time coming out. Simon admits that his liberal parents, especially his mother, would be OK with his sexuality. And when news of his being gay leaks online, he receives a number of supportive texts from friends. However, even though the movie doesn’t address why Simon seems to have such a hard time coming out into a welcoming environment, the psychology still seems true enough. Given how much internalized homophobia queer people can carry, even coming out into a completely non-hostile environment can feel stifling Watching the film, you can’t help but shake the feeling that Ethan’s story might be an even more interesting avenue for cinematic depiction.

Love, Simon shines because its cast sells it so well. Robinson creates an entire interior life to Simon that always keeps us firmly on his side. Shipp hasn’t been great in the past as Storm in X-Men: Apocalypse or as the titular role in Lifetime’s Aaliyah: The Princess of R, but here, she is energetic, emotional, and earnest.

Speaking of earnest, the film is one of the few that knows full well how to deploy Jennifer Garner. In her best role since 2007’s Juno, Garner moves moviegoers in trying to comfort her son, Simon, who has become emotionally distant due to his secrecy. As Simon’s dad, Duhamel isn’t given much to do and fumbles with the little plot he has, though he does land a good joke about Grindr.

That being said, there are a lot of teen high school-setrom comsout there andLove, Simonis a completely competent one. Yes, we’ll scrutinize it because so much depends upon a queer cinematic portrayal. But, as much as we want to see ourselves in Simonand as much as the film reminds us that he is just like all of uswe are not Simon. Simon’s story is his own, and this is a story well told. Hopefully, more like itmore diverse, just as full of heartcome down the pipeline.