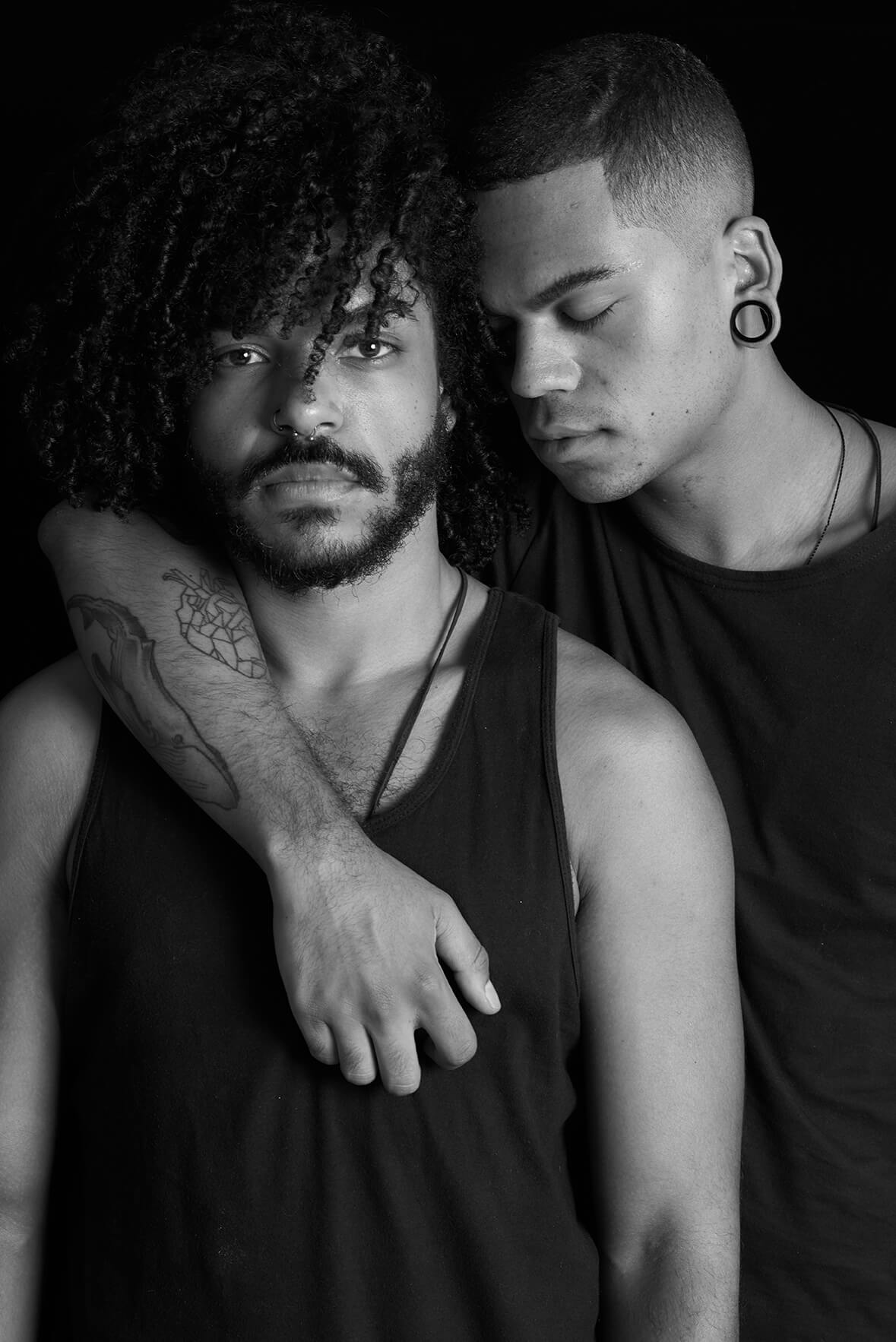 Anderson and Thássio: This is a complex issue because it comprises many areas: social, professional, family, etc.

But I think it can be summed up in resistance. Being a gay couple in São Paulo, especially gay and black, it’s like killing a lion a day, or homophobia (when we hold hands on the street we hear that our love is wrong and that it’s an abomination) or racial discrimination (we are often stalked in shops and judged as thieves).

But together we use all of this to be stronger and face a homophobic society. To empower ourselves and resist more and more. Everything we face only gives us more strength to continue being who we are and growing stronger and happier.

Despite the regrets, I believe that compared to other cities, São Paulo is much more gay friendly and I feel freer and safer to express my sexuality in the streets, much more than in cities of the interior. In addition, the city is very plural, presenting a huge range of parties, events, and LGBT- themed or targeted interventions. 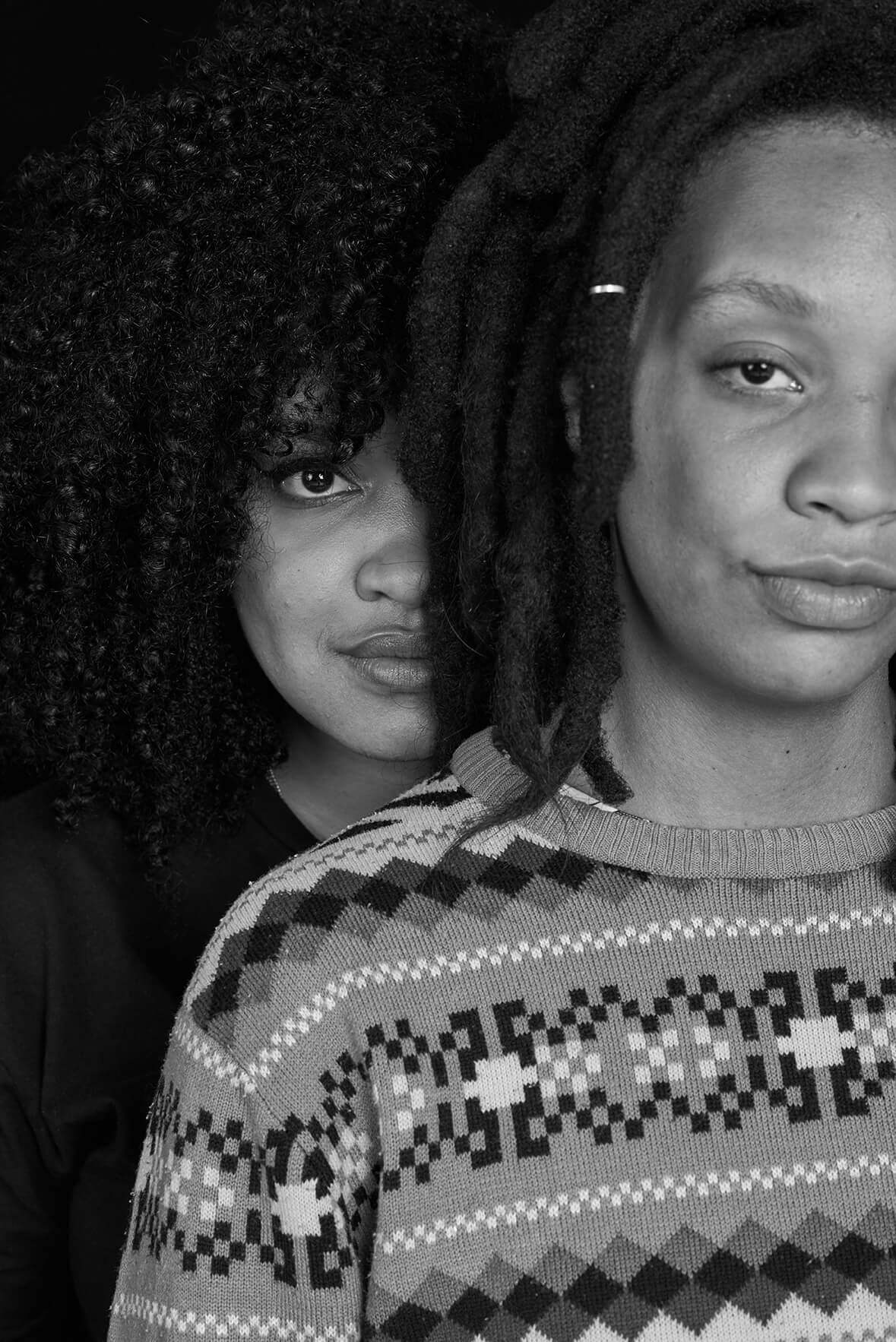 Náthalie: Dandara and I live on the outskirts of São Paulo. We are practically neighbors. It’s weird to me because the other girls I used to relate to lived far away, so we always found ourselves at the center. Not that there is no lesbophobia in the center, but in the periphery the prejudice is much bigger. In addition, we are a couple of blacks, and because of this, hyper-sexualized. Several times, when we were together, men harassed us in an extremely rude way.

What happens a lot is also that guys think Dandara is ugly – she’s more ‘butch’ and they must think it’s somehow her fault for being with a woman. It’s like they’re saying to me “What are you doing with this dyke?”. On the other side, many people find us a very beautiful couple (I do not speak of aesthetic beauty, but of harmony) and we find strength in each other to face these things. 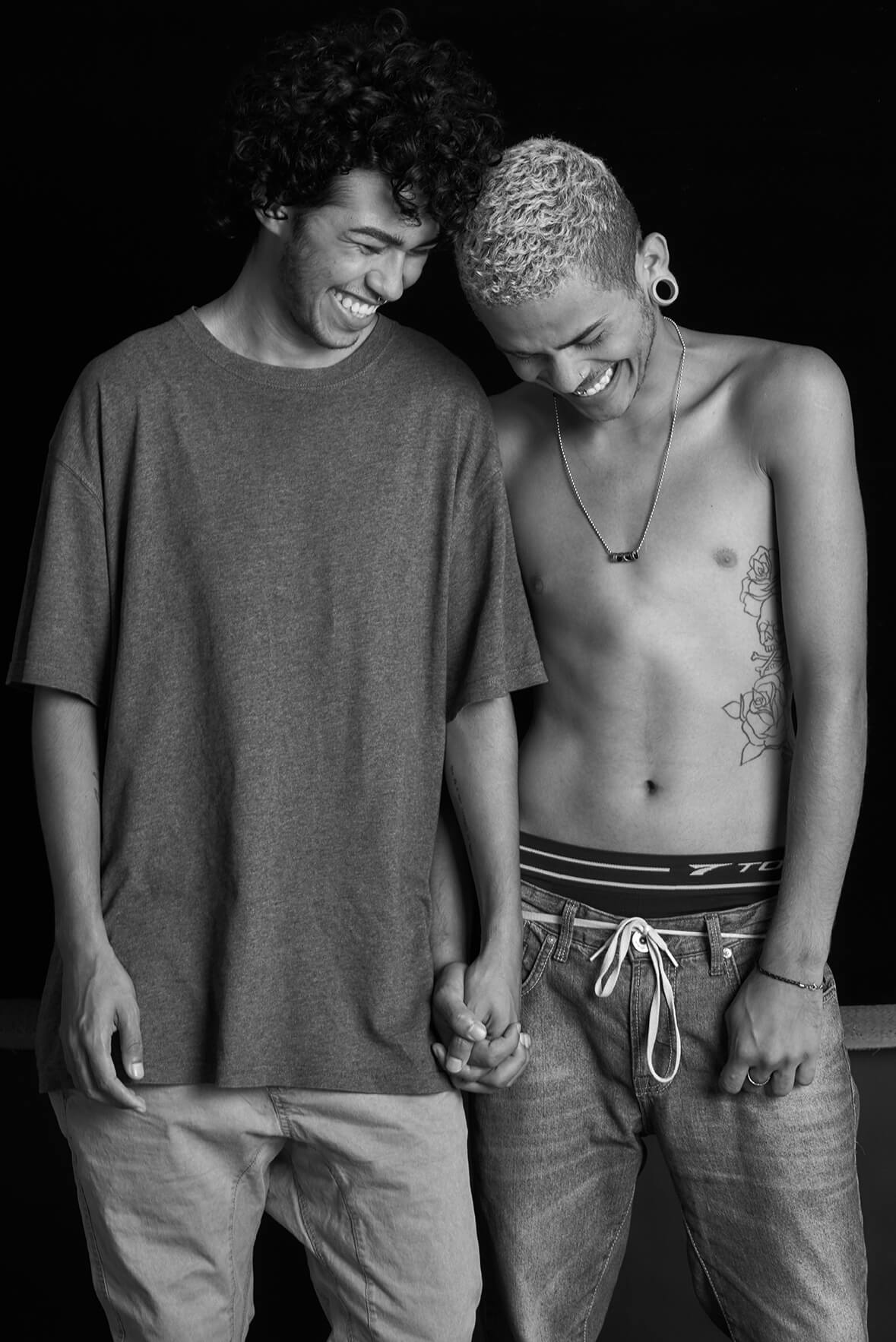 Iago: Having a gay relationship is not easy in any city. It always has the homophobia issue that weighs heavily everywhere. But I believe living in São Paulo is a privilege since we have several environments created by the LGBT audience for the LGBT audience. So in my view, having an LGBT relationship in São Paulo is better than in other cities in the country, but still we have to be careful because when you are LGBT and maintain a homosexual relationship nowhere is a safe place.

Lucas: It means to have our lives risked because of the frightening numbers of deaths of the LGBT population. Being gay in São Paulo is dangerous and creates daily conflicts against the opinions of others. We need to be strong, to know that we can not stop taking care of ourselves among so many other couples in public. People react differently depending on how open-minded they are. 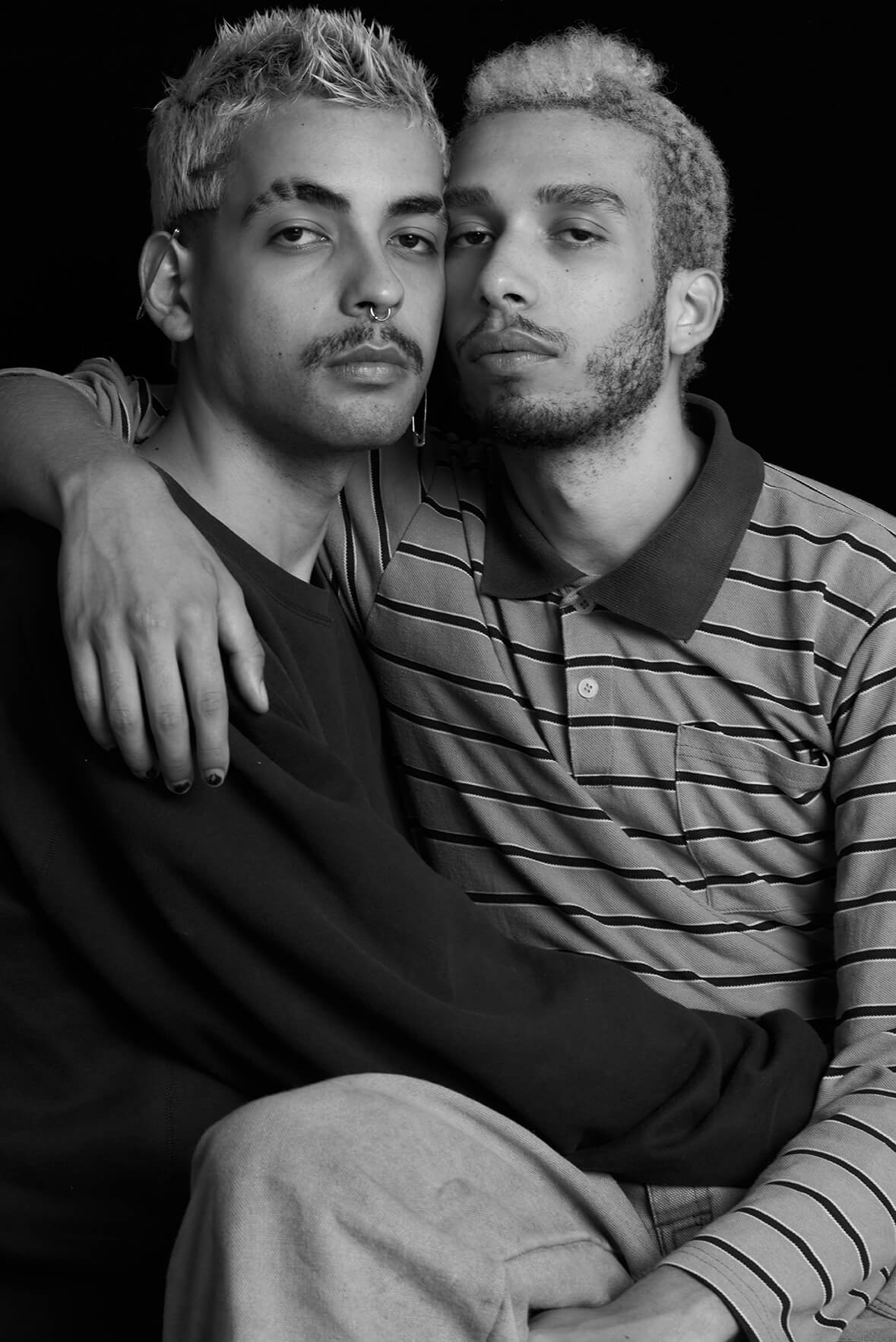 Isaac and Brendon: The difficulty of being homosexual will be everywhere, not just in São Paulo. And they will always be the same problems: lack of respect and understanding. People can’t understand homosexuality because most of them have a great freedom of expression when it comes to dressing and acting (which should not be a problem). But as people grew up with a totally macho, hypocritical and religious thought, hatred speaks louder.

We both grew up in Sao Paulo, we are already accustomed to looks, swearing, and humiliation, even in places we should feel safe, like a police station, hospital, or at work.

We are lucky that São Paulo is huge and there are a lot of faggots and dykes, and many friends to spend time with. You can’t walk alone and you have to prepare for the screams that you will hear just by being kissing your boyfriend. Funny, because it is a city that everyone considers as “evolved”. But we’re fine, because in our corner it’s just joy. 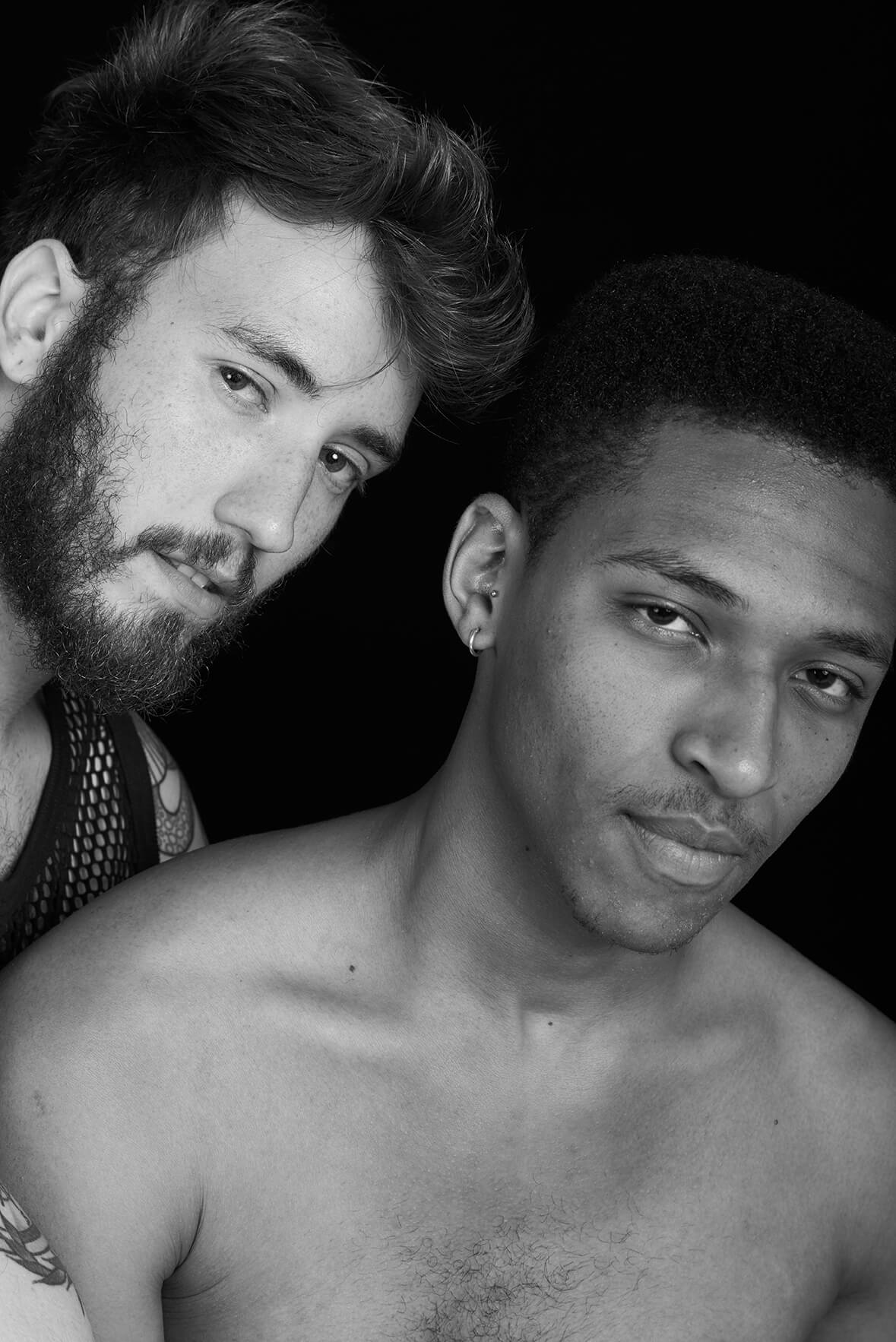 Raphäel and Kevin: Having a gay relationship in São Paulo is complicated because of the external and internal interferences that we must digest, absorb, and then transform into love. On the other hand, this brings us to the realization that if we live in our own bubble and do not share our differences, we will not get out of where we are and we will go nowhere. We do not believe in deconstruction if you are within a comfort zone. Deconstruction is living with the universe of the other. 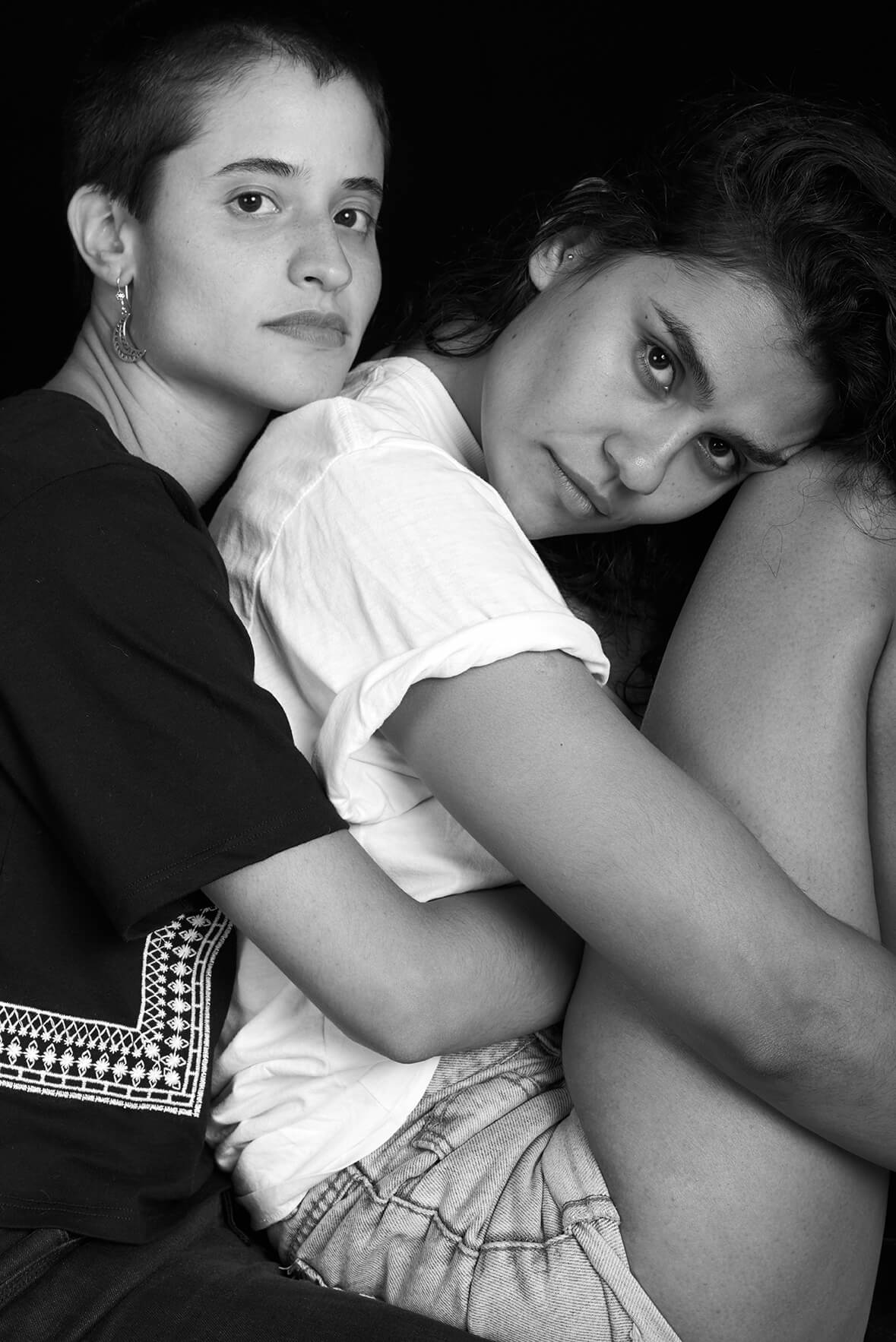 Sofia: I have lived in three cities in Brazil and I believe that São Paulo is the best yet for my sexuality. Probably because it is the largest of the three cities. I believe that by having a greater diversity of people and more access to art and culture, we have less prejudice here. In Sao Paulo there are a lot more people on the streets, so you know more lesbians and gays out of the closet. It creates security for you to be who you are without fear. I have already suffered homophobia, but it bothers me much less here in São Paulo than when I lived in Florianópolis and Goiânia.

Pétala: As I was born and raised in São Paulo, I usually say that the city followed all the stages of my discovery as a lesbian. During my childhood I suffered a lot of lesbophobia in the school and neighborhood where I lived – in a periphery that is in the south of the city – but as I grew up and explored other places, I found myself and strengthened myself. I feel that in about five years to now, despite the growth of attacks, people are more open, which makes you feel safer on the street, especially in the central regions. I never suffered direct violence while walking with a girlfriend, but what I feel is the fear of experiencing it. Sometimes I avoid certain places at certain times. Sao Paulo is a very dubious city in regards to sexual tolerance, and I believe this is due to the immense mixture of cultures that we have here compared to other cities in Brazil. We can find a crazy neo-Nazi or a pastor who says he wants to save you from homosexuality on the same corner. But we also have wonderful projects to support LGBTs who are expelled from home, we see people of the same gender kissing on the subways, and we have drags shows every weekend. There is still much to do, but it is still a privilege to live/love here. 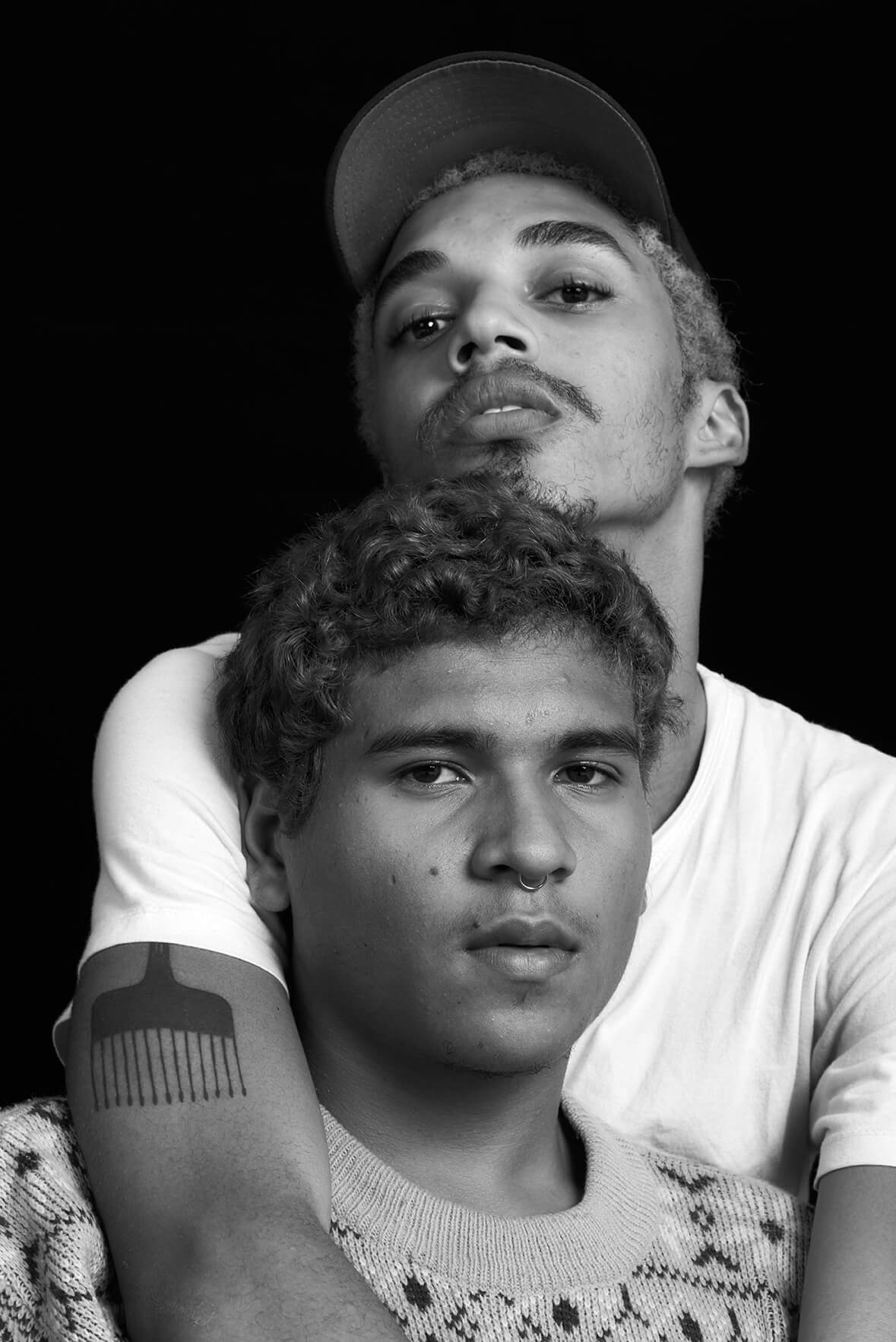 Gabriel: Having a gay relationship in São Paulo means fighting the world every day. Then imagine having a relationship being black, gay and living in the periphery, in a city where it is still necessary to reaffirm your space at all times and to be respected. On the other hand, you can connect with numerous afroconscious couples on the streets and at parties dedicated to black culture, and then you understand that the fight does not stop. The black skin resists in all the spaces and in all the issues that can be imagined. So for me, that’s it. Having a black and gay relationship in São Paulo isn’t just about survival, but resisting as a “bixa preta”!

Vitor: In my case, another question comes to mind. What is it to be a “bixa preta” (gay and black) in São Paulo? There are not just battles with the outside world, but also a great fight within to keep our mental health stable. We learn to survive and meet people who strengthen who we are. Here, we can still find people who are in this same group. Sharing a relationship with someone who has an experience very similar to mine not only creates a bond of understanding of who we are to the world, but also an intense and unique exchange of knowledge, learning,affection, love, and difficulties. People survive together. Sao Paulo offers opportunities that nowhere else would have, but it’s still a racist and homophobic city. 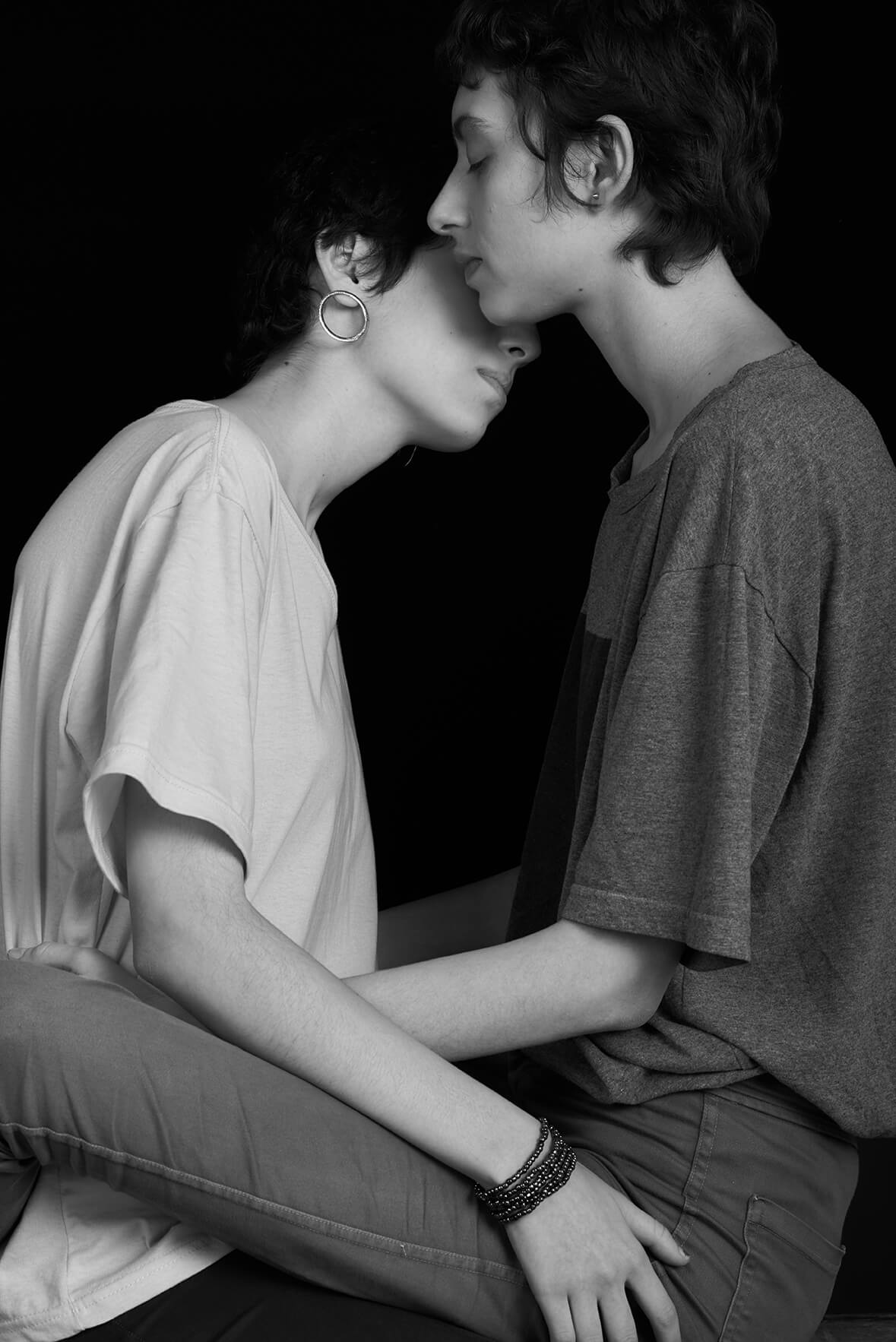 Natália: Being gay and living in São Paulo will probably be better than anywhere else in Brazil. I grew up in the countryside and I know that being gay in these places is seen as a joke. In São Paulo, I feel more receptive, but I do not feel totally comfortable in showing affection with my girlfriend in public places. I realize that people stare and look at us strangely, and this causes discomfort and insecurity.

Despite this, I never hid my homosexual relationship, and I was never attacked. Here is a place that I consider good, but I know it still needs improvement. There are intolerant people everywhere. Unfortunately, this is rooted in society and we need to seek change.