Making Montgomery Clift only coyly follows its title. In the hands of directors Robert Clift and Hillary Demmon, the Hollywood icon isn’t so much made as re-made in the new documentary. Best remembered for his stellar performances in A Place in the Sun and From Here to Eternity, Clift was one of the most celebrated actors of his generation. But though his contributions to Hollywood are on par with the likes of Marlon Brando and James Dean, Clift’s legacy has long been shadowed by both his sexuality and his battle with alcoholism. The two, in the myth-making world of tabloids and biographies that followed, have been irrevocably intertwined.

First known as one of the prettiest men to ever to grace the screen, his eventual death at age 45 prompted stories about how tormented he was about his attraction to men. That’s the Clift that was made in his wake and the one his nephew Robert, along with his wife, set out to rework in their intimate documentary. 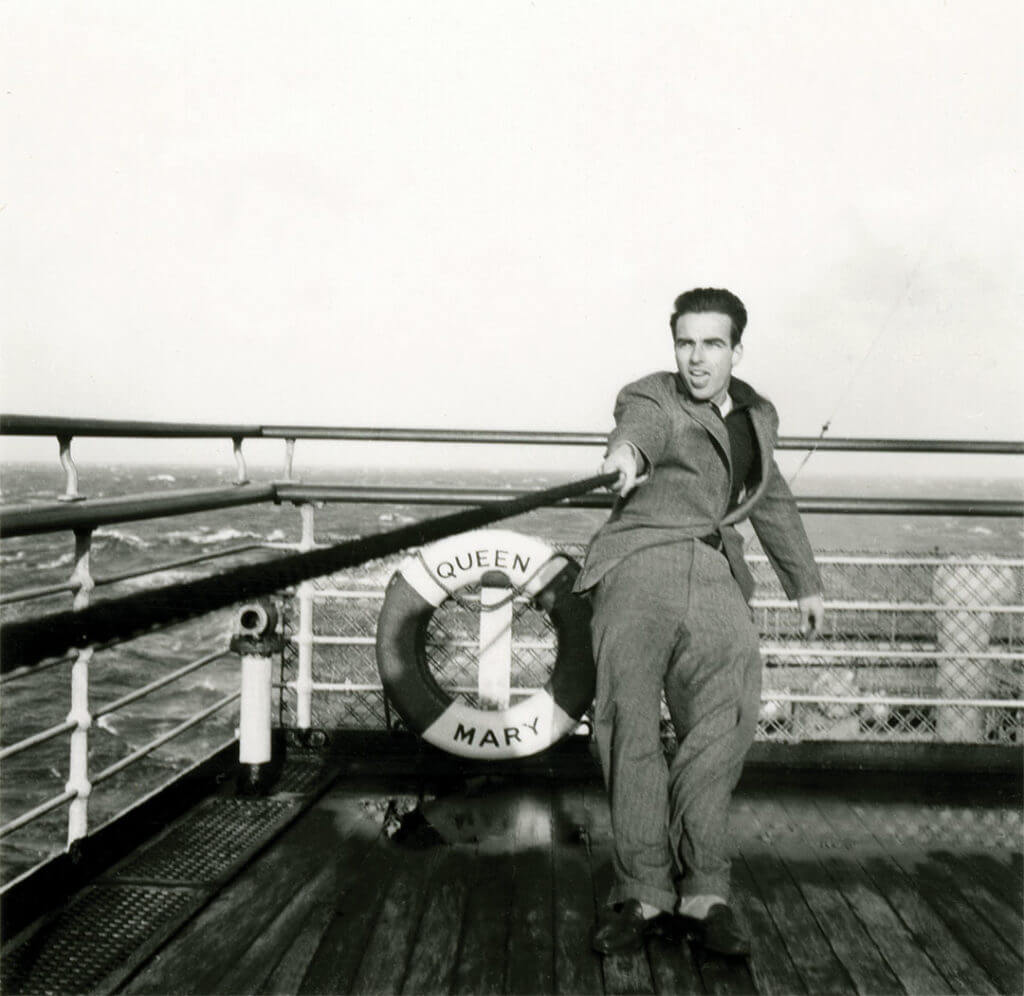 Armed with a treasure trove of a family archive — which included not just photo albums and homemade family movies but audio recordings of phone conversations, letters, datebooks, and even detailed script notes — Making Montgomery Clift tries to wrestle Monty from the grips of the “sad gay” narrative that’s come to define him.

We sat down with the co-directing duo ahead of the NewFest screening of their documentary to talk about why such a revisionist history needed to be told, why the pathologizing of Monty’s sexuality has done more harm than good, and what they hope queer audiences will take away from such a personal look at the celebrated actor.

One of the lines that struck a chord was when you quote John Huston’s autobiography where he calls Monty “the male Marilyn Monroe.” He meant it, obviously, as a put-down (both were allegedly difficult to work with), but they also now share similar mythic personas, tied to their sex appeal, their sexuality, their “tragedy,” their deaths… How difficult was it to work against this myth around Monty that’s been built over so many decades?

Hillary Demmon: I think there were a lot of roadblocks that had to be cleared in order to look at Monty in a new way. There are certainly parts of his image that were more stereotype than person. This idea that he’s tortured by his sexuality.

HD: Positioning his sexuality as pathology, making it this thing that’s ruining his life that’s driving him towards unhealthy behaviors. That is a lot of what some of this research was. In order to pinpoint what those things are you have to look through all of them. And then with the archive being one of the main ways we were able to look at these individual pieces, that archive had to become an archive. It had to be listened through. I would say that it was difficult. The fact that it took five years to get together. Overall, it was a worthwhile thing to do. Every time you have a chance to open up a person’s story to a new reading and what you can get from those people having existed. Monty’s existence is a kind of image of a person who can keep their integrity and do what they want to do: what a great example to be able to look back on. We’re at NewFest! I’m so happy that the film is here because this is a person who is a big figure in queer history and to be able to have a person who made space in his life to live it as he wanted, I think that’s a really important thing to have in queer history and in film history.

RC: Throughout Monty’s career he was someone who was exercising agency in various different ways: as an actor, fighting for independence to choose roles, introducing a new style of acting to the screen, introducing a new type of masculinity to American audiences, and constantly rewriting scripts. Which I’m sure some directors loved and some didn’t. But he changed what it meant to be an actor in Hollywood. And he did that because he was very deliberate and cognizant of what his aims were. And one of his aims, when it came to his sexuality, was that he wanted a degree of independence. He did not want to, in part, sign one of those seven-film deals, in 1947 in the middle of the House of Un-American Activities Committee when being gay was tied to Communism. He didn’t want to sign one of these deals that would make him have a sham marriage. Yet, historically he’s been remembered as the actor who tormented himself. He was very aware of himself and what he wanted. And you see that in everything. 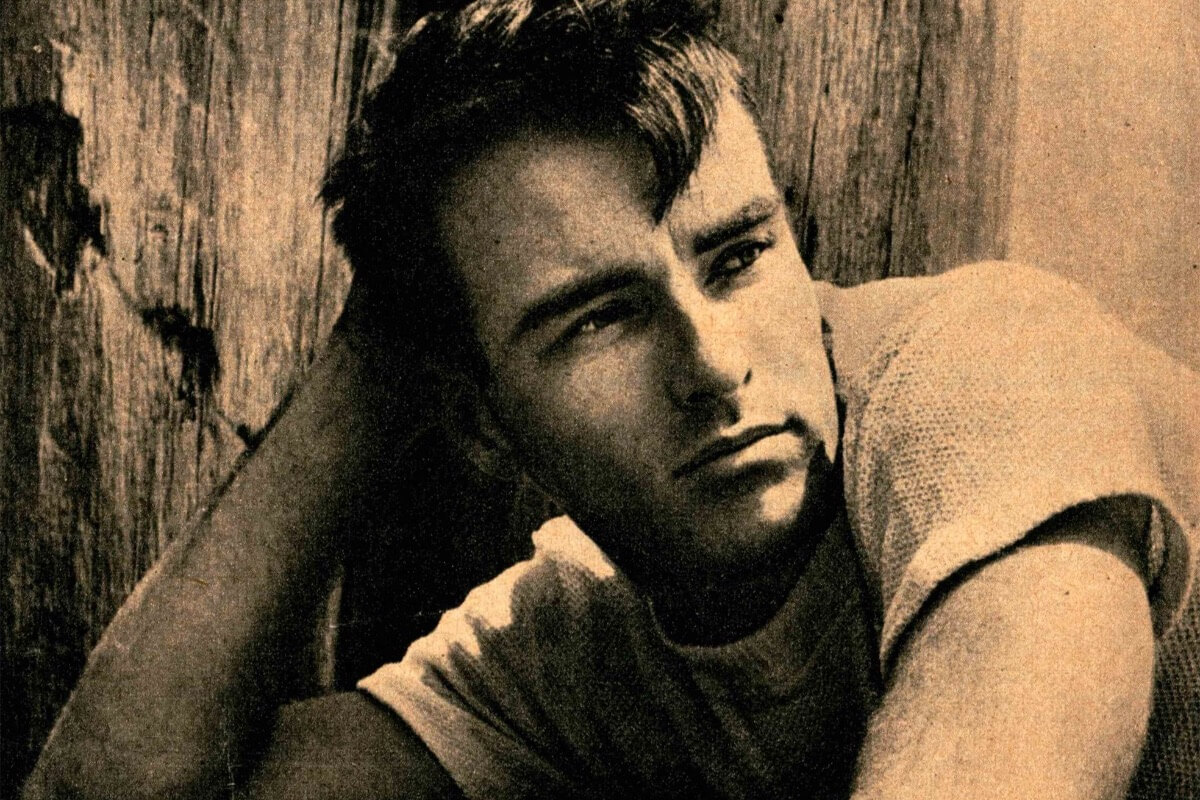 The documentary brings up these issues of how hard it is to get to know somebody, and in addition to Monty’s agency it seemed to me that there are issues of privacy at stake here as well. This is, perhaps, most notable when it comes to Lorenzo, who refused to appear on camera and even discuss certain things. Were there things that didn’t make it into the doc, things that maybe suggest there may still be a Monty we’ll never get to know fully?

HD: I don’t know that there is anything that we didn’t include for those kinds of reasons. For Lorenzo not being on screen that was for separate reasons: Lorenzo does not like being on camera. He doesn’t like being photographed. He has one friend who is allowed to sneak in photos.

RC: Well, maybe more than one but Cicely Tyson tells us that she’s able to sneak in photographs when he’s not looking. And when she told us that I thought, “Well, yeah, only Cicely Tyson can pull that off!”

HD: On the privacy question: Lorenzo was a private person as well. Doing the interview for the film was very difficult for him. As you hear in the film, after Monty died, there were rumors that he had something to do with his death. When he told us that story I kept the tears back because we were in the middle of an interview but I just imagined — I don’t imagine that this much, but if Robert passed and someone said that about me, I would be broken into a million more pieces. I know that this was a painful topic for Lorenzo and the fact that he gave us an interview is really loving and generous and special and a testament to [Robert]s relationship and your siblings. Lorenzo is family.

This film is a treasure trove of Clift memorabilia. There are so many never-before-seen photos and recordings and scripts. It seems so daunting but I’m so glad we now have so much of this out there in the world. But it made me wonder, was there one piece that made you go, Oh, I’m so happy someone saved this?

RC: One is his, as a whole, all of the records that Monty kept that give you a sense of what he found important. Everything from datebooks and letters to the recordings he made to his scripts to his photographs. You get a sense of a person, of who they are, through this bulk of materials, through what they found important to emphasize or what they wanted to keep and what you see in the material. In all of them is how detail-oriented he was. I didn’t know that before working on this. Because, as you see in the film, I had kind of internalized a lot of the narratives [about Monty]. So to see how much he was working on his scripts and what an intelligent reader he was in terms of characterization — it wasn’t the Method that a lot of people associated with him. He was very deliberate and thoughtful in creating the parts. You see that all over his scripts. 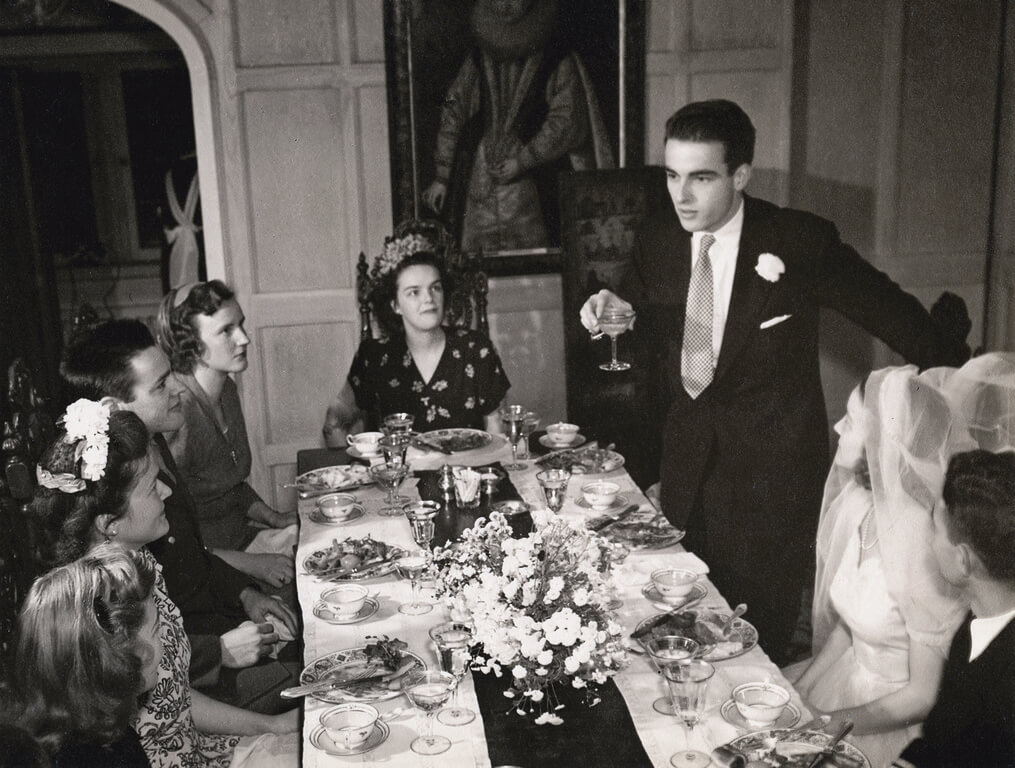 What do you hope queer audiences take away from the film?

HD: I think that having Monty as a queer figure in American cinema is a great legacy to be able to look back on. We don’t have to feel sad for him, you know? He was a human being who had the full range of human experience. Some sadness. But also some joy. The joy got left out and it was really important to look back and see that people lived and they had joy and they made their work and they were important. I want that for people when they see Monty.

RC: That’s number one: to be able to approach him and his work in a different way. But there is this sense, when it comes to queer audiences, that Monty would maybe barely be remembered right now—

HD: Without this whole community of people!

RC: The most intelligent readers, for me, have always been the people who identified themselves as queer, those who read the books about Monty and noticed that there were holes and things that seemed weird and stereotyped.

HD: It’s also a thank you for caring and reading deeply. I do hope that people can feel some of that coming from the film. This is a chance to celebrate Monty and if everyone had forgotten—

There would be nothing to celebrate!