There’s a joke in Malaysia that everyone is queer until they get married.

Chuckle chuckle, but not so funny that the joke is all about enforced heteronormativity. Not so funny as recently in Terengganu two women were caned for having same-sex relations. Caned, as in hit with a big bamboo stick for consensual sex.

State-sponsored, religiously advocated violence against queer people, backed up with nonconsensual whacking? Not the time to crack wise. As Human Rights Watch states: “Discrimination against LGBT people is pervasive in Malaysia.”

Being openly queer in a Muslim country is a renegade and much-needed act of resistance, and across Malaysia there exists a defiantly open and active LGBTQ community organizing public and covert events in outright rejection of systemic persecution and cultural oppression. From this scene emerges Malaysia’s premiere queer punk band Shh…Diam!

When I heard they had been touring the social centers and alternative Prides of Europe, I hustled over to another nearby country (where same-sex marriage is also illegal) to catch up with these outlaw queers before they headed back to the land of durian. 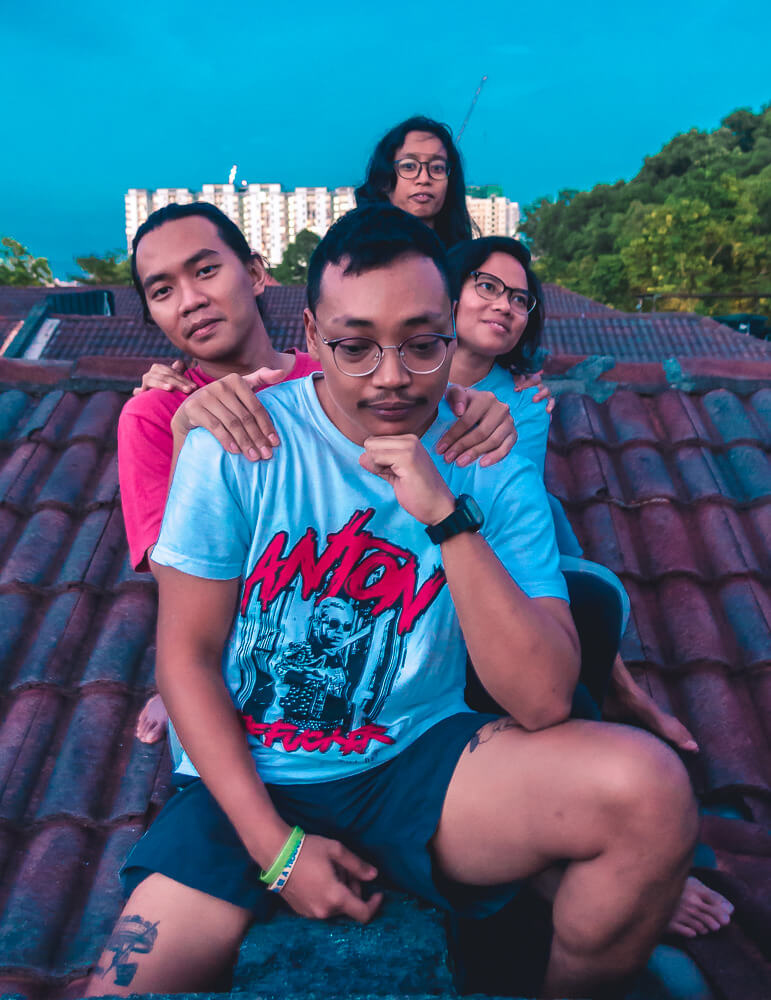 Who are you? What’s the story?

We are Faris, Afi, Yoyo and Yon. We are a punk band from Malaysia with a very loose definition of “punk.” We began nine years ago, playing three or four chord songs, but we’ve picked up fancier chords since then and actually use more pedals now. Faris still doesn’t know the names of the chords though.

We’re not “punk” punk, as in we don’t wear leather jackets and dress in black all the time, and we don’t yell angry lyrics. Punk to us means doing what we like and not giving a fuck, from photocopying our EP covers in the early days, to touring around Southeast Asia and Europe.

It was never easy, keeping a band together for this long. It has been an amazing journey, the biggest adventure of our lives. It’s sort of like tantric sex, and we haven’t reached the climax yet.

What’s with the name?

We also have to put up with the religious authorities. As people assigned Muslim at birth, we are also governed by shariah law which means the religious authorities can fuck with us at any time. We’re special that way. The religious police can raid your home and arrest you, just like cops. That’s what they love to do, instead of tackling real issues. In fact, in some cases, they have more authority than the police, because God is the highest authority of all.

In 1994, the ruling party banned anyone who is homosexual, bisexual or transsexual from appearing in the state-controlled media.

You were Malaysia’s only queercore band when we met nine years ago. how have things changed out there?

Two years ago, we started involving ourselves in a secret LGBTQ event where many musicians and artists get together and this event inspired more of the local LGBTQ to start playing in bands. The event sparked the birth of Sex Metal Sundae (a metal band), and My Little Princess (pop, ballad). Also, the frontwoman of a band called TingTongKetz (punk) has come back to Malaysia early this year and recorded their songs at our studio. Things are just getting started for the queer music scene here in Malaysia, we hope to see more queer bands flourish.

It is tough, though, being an out band. People need to make a conscious decision to be out, because there are risks. You can never be a mainstream musician if you are out, not unless things drastically change.

Who are your influences?

What’s the situation for LGBTQIA+ people in Malaysia right now?

We have a new government, which has proven to be just as ineffective in terms of LGBTQIA+ rights as the previous government. There are one or two MPs who do support us, but they haven’t been able to do much because no one wants to lose the support of the brainwashed Malay Muslim majority, so they don’t speak up. Say something, for fuck’s sake. What’s the point of being an MP if you are afraid of speaking the truth?

Recently, Malaysia made headlines when two women were caned for having consensual lesbian sexytime. See how laws can easily be manipulated? This is the first time two women have been publicly punished for this. They were tried in shariah court, and the federal government did nothing when they certainly had the authority to step in. Again, the religious authorities will do whatever they want with us. Being appointed by god means you can take bribes and treat people like shit.

Lots of younger voters voted the old government out because of bullshit like this, but the new government has proven to be just as useless.

We could be hauled up by the police just for telling you all this, but we are beyond giving a fuck right now. The world needs to know that horrible human rights abuses happen in this country. 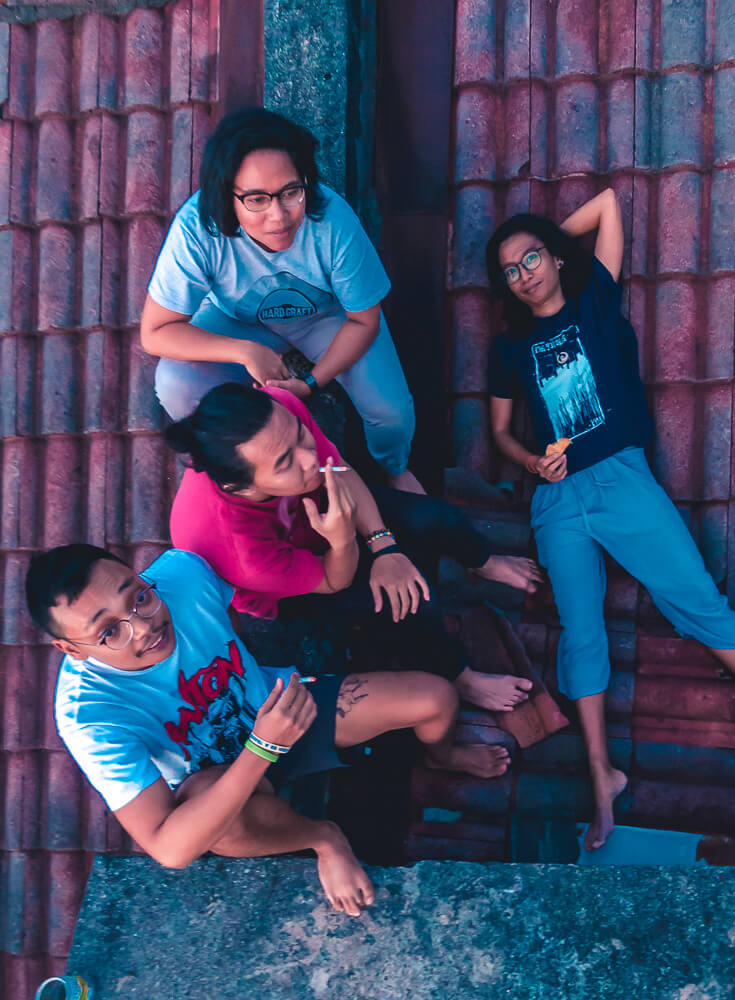 You played a lot of radical spaces (Bradford, DIY Space London) and alternative Pride events. Is there a connection for you between queerness and radical politics?

Always. You cannot have radical politics without including the queers. If you exclude the queers, you’re full of shit.

What were the biggest differences between what you experienced in Europe and back home?

We’re free to be ourselves in the European countries we played in. It’s like we can breathe better. It’s fantastic for Faris to be able to go through airport security and immigration and not get shit for being trans.

It’s also great to be able to drink water straight from the tap. You could do that in Malaysia and not die, but no one would recommend it.

You can check out Shh..Diam!’s music on Bandcamp.