What the fuck is going in here on this day?

RuPaul’s Drag Race Season 5 and All Stars Season 2 star Alyssa Edwards has brought her signature brand of kooky one-liners and general wackiness to Netflix in her new series Dancing Queen. The show focuses more on her boy persona, Justin Johnson, and his dance studio Beyond Belief. But the show features plenty of Edwards as well.

In the first episode, Edwards officiates a wedding between Robbie Richard and Neil Marek, probably best known as the duo behind the gay-as-fuck clothing brand Marek + Richard. Imagine my surprise when I saw the two designers and their gay space cowboy-themed wedding were featured in the episode, especially since I hadn’t even thought about them since their “No Fats, No Fems” shirt caused a gay online firestorm.

Turns out the pair are two of Edwards’ favorite designers — they have a whole section on their site dedicated to Edwards-inspired merch.

But it was only two years ago that their “No Fats, No Fems” shirt was first called out by millennial news site Mic (disclosure: I wrote that piece). 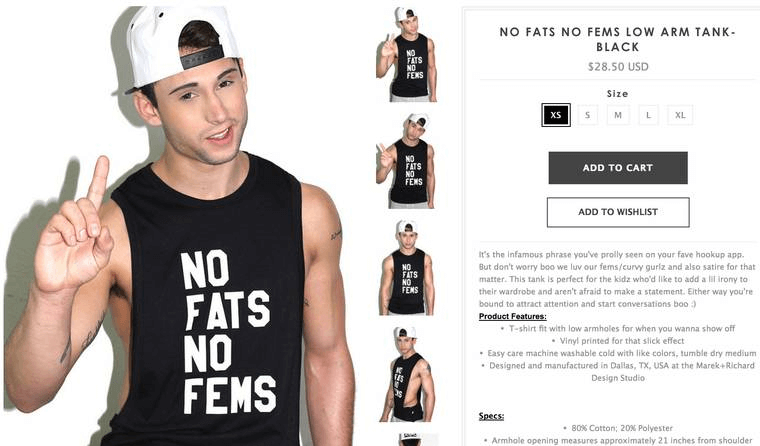 After Mic’s piece ran, Marek + Richard said the “No Fats No Fems” shirt was “satire.”

Messages can be sent in variety of ways. Satire is one of our favs. 😜 https://t.co/AByQvVtNpA pic.twitter.com/NW4xE6Grs9

A quick perusal of Marek + Richard’s site shows that they still sell the shirt, though they’ve changed it to be pink and glittery, as opposed to the serious design it took before. 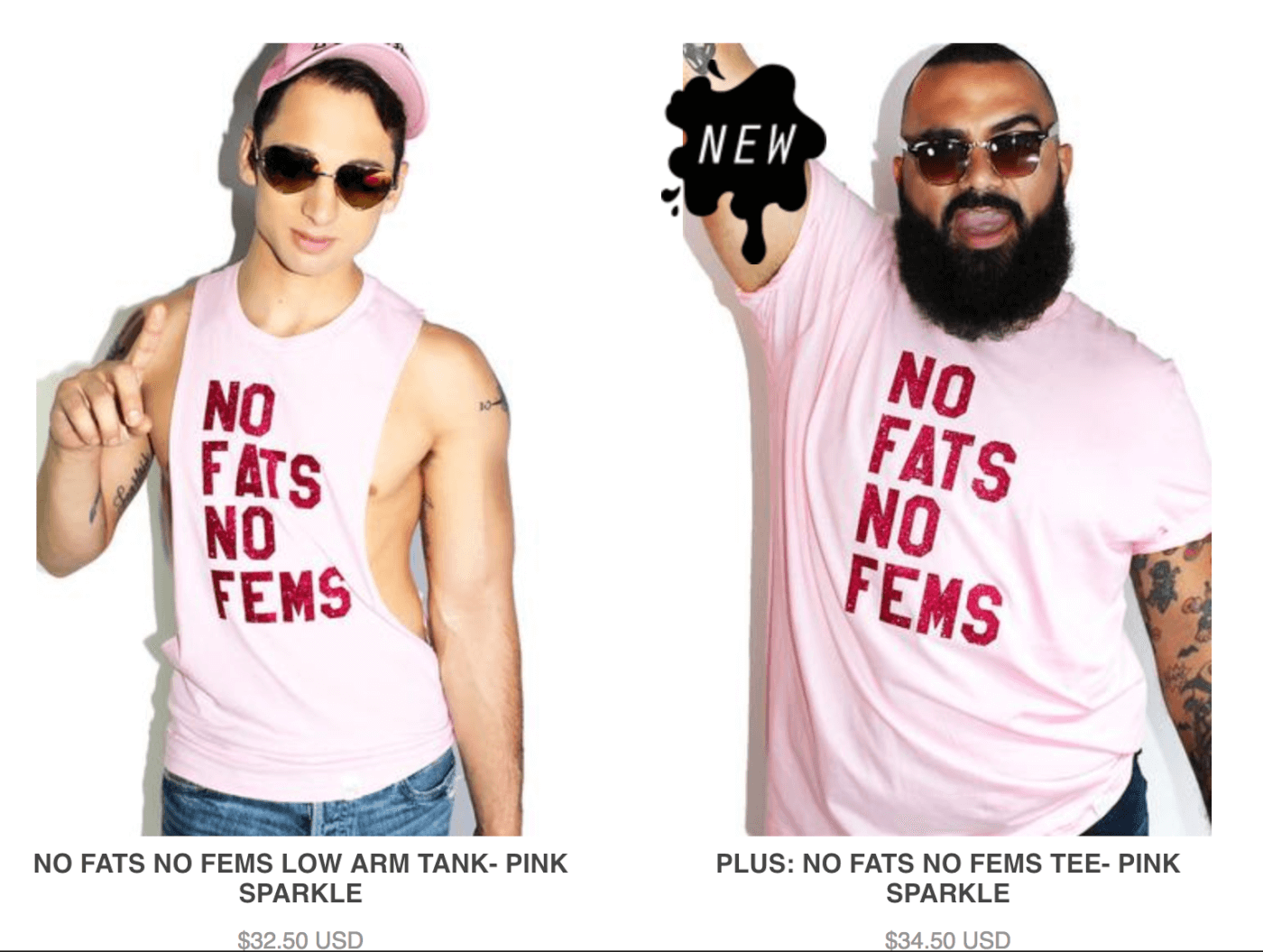 That may be a step in the right direction, but there’s also the idea of … I don’t know … just not selling merch with this phrase on it at all? Also if you defended the original as satire, why change it?

Fatphobia and femmephobia are still, as always, huge issues — especially for those of us in the community who happen to be either or both. So, two years later, the designers may have dolled up the message in pink and glitter, but it’s still not a message worth spreading.