On July 15, two-time Grammy Award-winning, Portland-based singer-songwriter, Matt Alber, took his trademark catalog of gay torch songs to Joe’s Pub, fresh off his stint in Provincetown’s Bear Week. In addition to singing his maple syrupy-sweet songs, he discussed his newest project, the film and docu-series, Room to Grow, which would premiere at Outfest Los Angeles the following week.

Room to Grow, produced by Alber and his friend, Emmy-nominated Jon Garcia (The Falls), follows LGBTQ teens as they navigate the world as queer millennials. The film and its follow-up docu-series will stream for free on Revry, a new LGBTQ streaming platform, beginning on National Coming Out Day, October 11, 2018.

INTO spoke with Alber just after Room to Grow’s premiere to learn more about the project.

How was the Outfest premiere?

Oh man, it was so cool. We’ve been following 12 kids and their families for about a year and a half, and they’re from age 10 to 21. And all of them fall somewhere on the queer spectrum. We’ve just gotten really close. These kids have poured their hearts out to us, and their parents have, too. Some of them have come through some pretty rough stuff, so to see their lives and their stories on the big screen at Outfest was just unforgettable.

How did Room to Grow come about?

I’ve been making a living as a singer-songwriter for about 10 years now. I started writing songs about 15 years ago, and I just decided to start writing my life. So that turned into a bunch of gay love songs and gay breakup songs and some spirituality songs. I guess that has been resonating with people, because they keep showing up when I give a concert, which always amazes me.

But a couple of years ago, I started singing with this local queer youth chorus called Bridging Voices, and they are incredible. It’s like a community organization — you don’t have to audition to get in, you just show up. And for most of these kids, it’s the only time they feel normal all week because a lot of them don’t have GSAs to go to or big communities of support, so they drive from all over the Washington and Oregon region. And after performing with them at this big conference of gay choruses — it’s called GALA; it happens every four years — I invited them to perform with me. And it was that night that I was like, “We really need to do more than some concerts. Everyone needs to know these kids’ stories.”

So I partnered with my best friend, Jon Garcia, who’s a filmmaker in Portland, and I just pitched him the idea of like, “Hey, do you want to make a movie or a TV show about these kids?” And that was in January of 2017.

We sat all the parents down from Bridging Voices, and all the kids, and we said, “Look, here’s what we want to do. If you’re interested, you come give us your number, invite us over for dinner, and that’s how it’ll start.” And we just got flooded with requests, like, “Come to my house! Come to my house!” So we just started running. Two guys with cameras running to backyard barbecues and dinners and school recitals. We really haven’t stopped since we started. And here we are with a feature film and a series that will premiere in October. 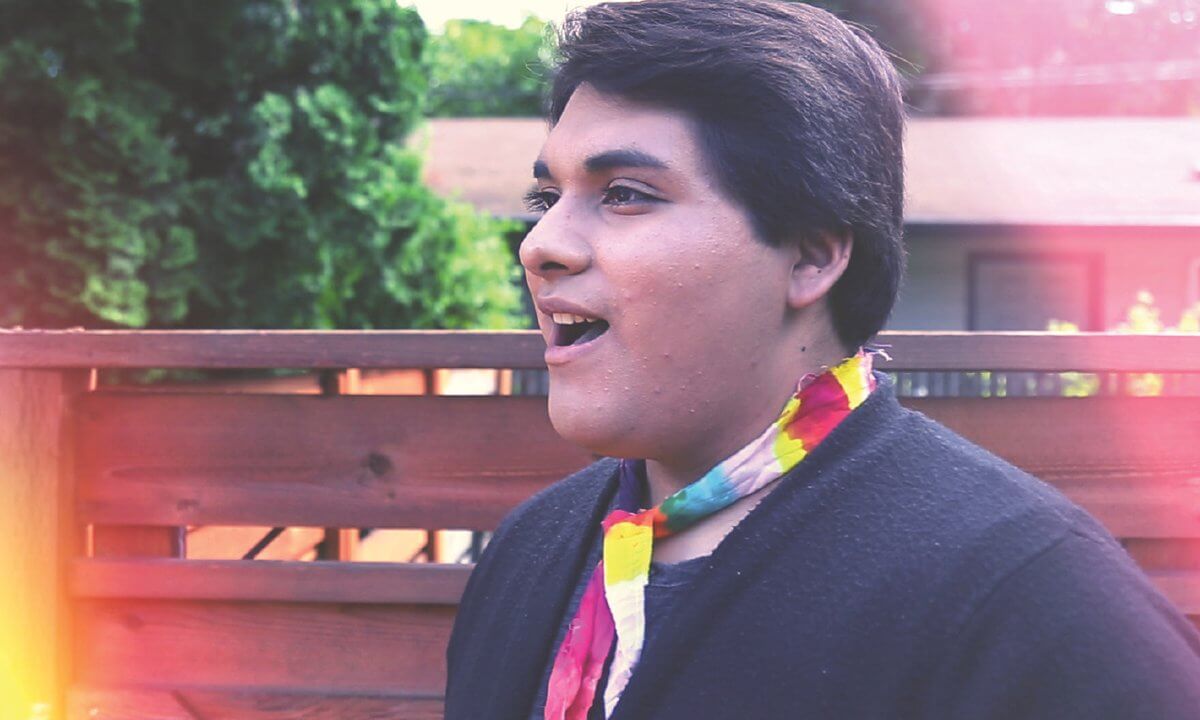 The film and docu-series will be available to stream online for free, right?

Yeah. Revry is being so awesome to put it up as free content, which means it will also live on their Revry YouTube channel. If you’re 12 or 13 and you’re trans and you’re in the middle of nowhere and you don’t know anybody else, we were hoping that this film and the series will find its way into their hands. They can watch it on their phones in their bedrooms if they need to. And they might find some support. That was our main goal.

And not just for them, too, but for their families. There’s a lot of parents who are like, “I don’t know what to do. My kid just came out, I don’t know any other parents that have gay kids,” so we’re hoping this will be, you know, a source of support for them.

In conceiving of this project, did you have an endgame in mind with regard to equal rights for queer people?

You know it’s… I would say the primary focus wasn’t… Like, if you got to sit down and meet Riley — he’s one of the main kids in our film — and you learned that he, this beautiful, amazing kid who is brave enough to join the ROTC in his little small town and go out on a football field every weekend and hold the American flag, and that’s how we found a community to find himself, he’s a born leader, and then you realize, Oh, this kid actually tried to commit suicide twice last year, then, all of a sudden, equal rights just sounds like a luxury.

I’m actually more interested in creating… well, they’re creating it by speaking, but we need to create an environment of safety first. Like, that’s the level we’re at right now: Beautiful kids committing suicide because they don’t have any vision of their right to exist. So when I hear about equal rights, I just think… in some sense, it is about equal rights. But in some sense, it’s really about fixing this incredibly sick social system that leads them to want to just end their lives.

At Joe’s Pub, you mentioned that you started this process thinking you were going to be helping these kids, but their stories helped you more than you could’ve imagined.

For sure. Before I started this process, I was like, “I think I really understand all aspects of all of our communities.” I thought I intellectually got it, that I understood what transgender people go through. I thought I understood what kids were going through today because I’m gay and I came out to my family. I thought, “Oh yeah, I kind of understand all this.” And it wasn’t till I sat down and listened to all of these kids’ and all these parents’ stories with my best friend that I understood, “No, I just didn’t understand.”

I didn’t understand that when you’re transgender, and you are 12, you live in fear of puberty, and you see it happening all around you. There’s this ticking time bomb inside you, that you’re going to turn into the wrong body. I never considered that that was a fear. And so when you hear these statistics about how high the suicide rates are, then you start to understand, oh, maybe that’s a piece of it too. It’s not just the fear of coming out. It’s a real fear of your body changing. This is one of a long list of things that I learned. 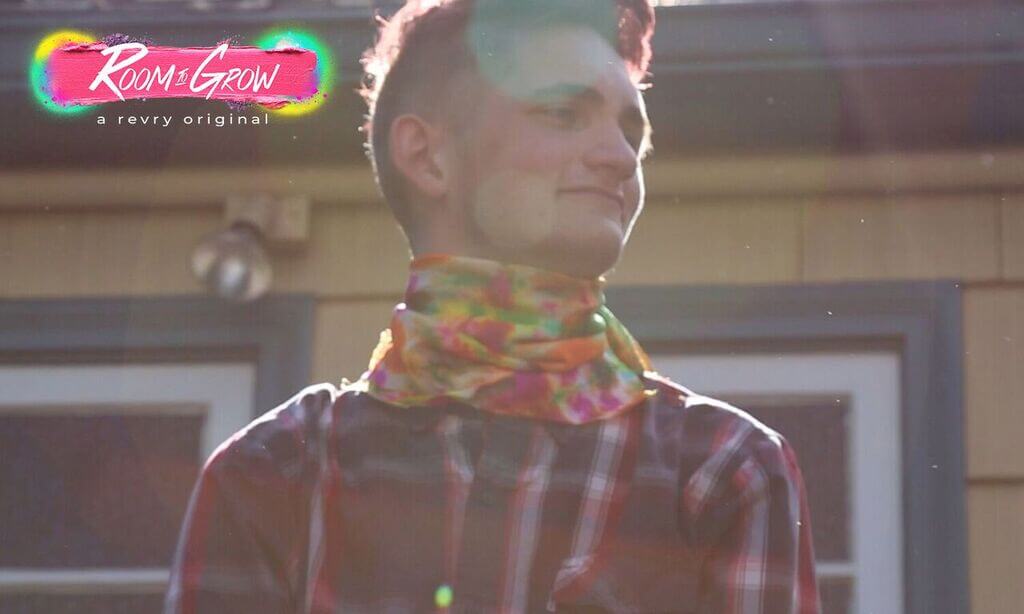 But the biggest thing I learned is that this term, “millennial,” gets thrown around in kind of a derogatory way, and I really… something kind of fires up in me when I hear people talking about millennials in this and that way, because I see them as being the bravest generation yet. The way they bond together, the way they befriend each other across all kinds of class and gender and sexuality… like, they seriously don’t give a shit about that. They just care if you are an awesome person or a jerk, you know. And even if you are a jerk, they might love you into being awesomer. And they have so much to teach us.

So when we were starting the process we thought, “Let’s let the main voice of this be these kids, because I think they have a lot more answers than we give them credit for.”

Room to Grow — both the feature film and its accompanying docu-series — will be available to stream on Revry on National Coming Out Day, October 11. For more on the project and its goal to tour schools and GSAs across the U.S., visit moreroomtogrow.org. Visit Matt Alber on the Web at mattalber.com.