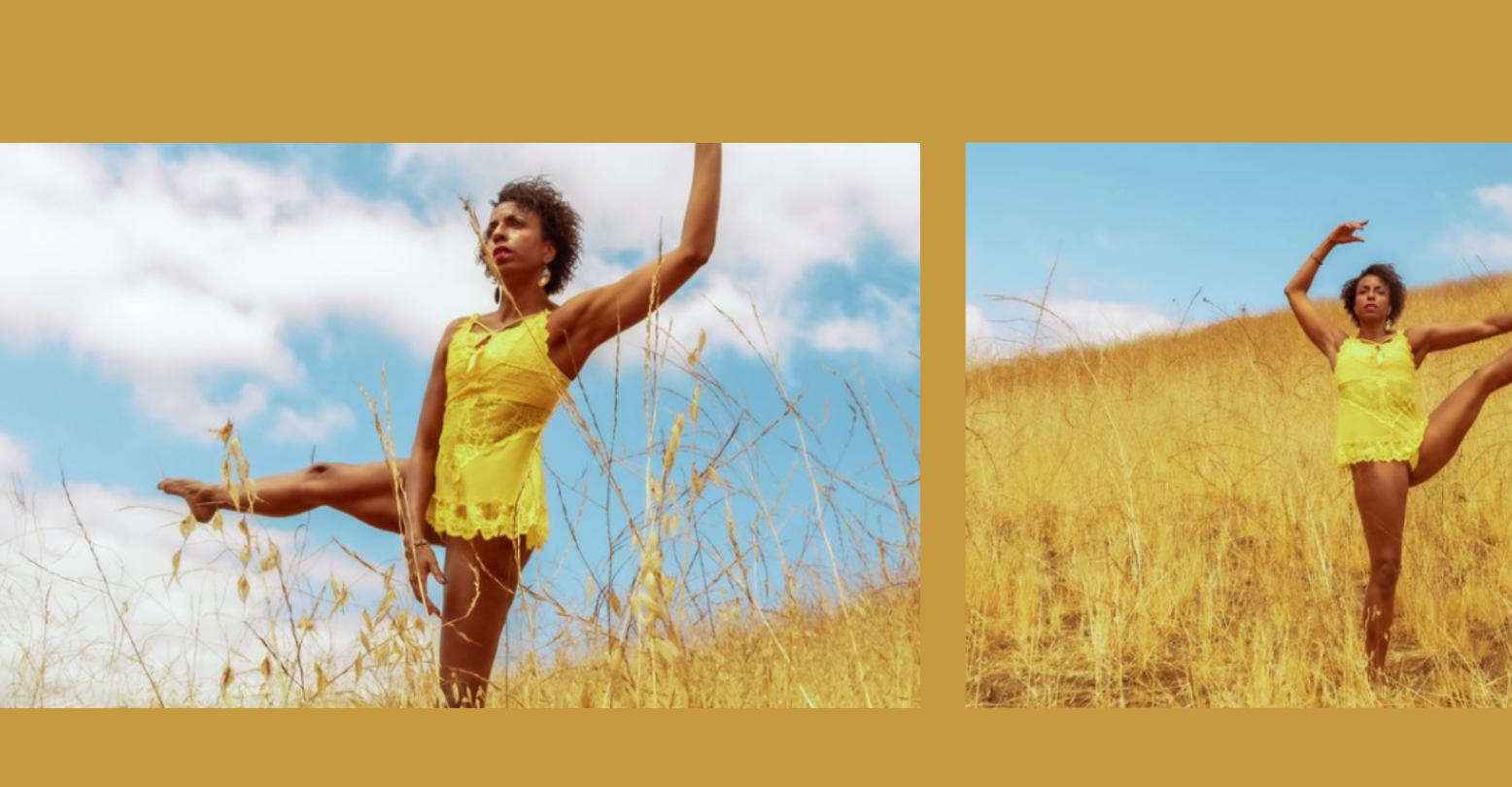 INTO sat down with Maura the Dancer to talk about bodies, dancing, and the artist’s path.

INTO: I want to start out by asking sort of what has been your, I don’t like the word journey, but it’s very apt here. Has dance sort of always been in your life as  a means of expression and artistry?

MAURA THE DANCER: I would definitely say dance has always been a part of my life. So, in terms of like studio dance, I actually don’t remember when I wasn’t dancing. My parents were fortunate enough that they could afford to send me to a dance class for like, a week. And apparently, when I was like three or something, my father took me to a class, and he said, “Would you like to stay?” And I said, “Yes.” And I think I might have even been in the class before then because I feel like I’ve seen a picture of myself in like a leotard, it looks like a diaper or something. And I’ve been performing, and I performed in like a pre-professional company from when I was like 11 or so. So being prepared for that, the process of rehearsal, seeing a show produced, getting ready for a show, performing the show several times, working with tech people. I’ve been in that realm for a long time, and I’m very fortunate. But also dance has been a part of my life in the non-studio world as well. When I was growing up, you know, my family sometimes would just put on music, and we would dance. That was just a regular part of life and I thought everyone did that. Apparently, everyone does not!

That sounds great, I wish my family did that!

Yeah, we’d just put on music and dance. And so I was telling someone else I remember my grandma like showing a dance while in the kitchen that they used to do when she was little, dancing around in the kitchen. And so, that home dance type of atmosphere, I grew up with. I also grew up going to pow-wows. So dance that takes, a lot of our pow-wows were outside, we had some indoor as well, but a lot were outside. So outside dance, witnessing dance that involves large amounts of people, that was always a part of my life as well. So, dance in many different places, from like the kitchen, to outside huge groups of people to this stage. I, you know, I’m fortunate enough that I grew up seeing all of that different type of dance. And I knew they were people that were dancers professionally, whether they were doing, you know, ballet, or whether they were doing I think I was in junior high I got to see a Native American Dance Company, I forget the exact name of the company. But I witnessed it, there were also people doing more cultural dances on the big stage as well. But it didn’t seem like something I could do it you know it didn’t, it wasn’t like a thing that a lot of people don’t necessarily encourage you, especially if you have a family that they came from a place of poverty. Even though I didn’t grow up that way, my family did. So, you know, the idea is that you get a job that makes more money. The idea of anything in performance as a job, for a lot of people it’s just, they don’t know about it. A teacher, sure. But a dancer? What’s that?

I didn’t really think about it, but it was from the encouragement of people. Sometimes I would go places and people will say, “Oh are you a dancer?” And I was like, “Well, I don’t know.” And then when I started making things, the encouragement of people. I remember someone told me “You’re too good not to do this.” Or I would go places and other professional dancers would think I was a dancer. And I was like, “Oh maybe I am a dancer.” And so I, you know, some time was doing like a part-time, outside gig. But at some point, I realized I could combine gigs with grant writing projects. If I had a broad range you know, diversified income, that I could do this as my job. That was a big realization: that it’s not just talent, that it has to do with consistency, being a good human, treating people well, and following up, and all of these things. And I was like, “Oh, well if I can do that then I can work in this world.”

I didn’t want to do, you know, one-two-three-four. I wanted to do six-seven-twelve.

I’m wondering how the choreography element started to come in.

I am a dancer, a choreographer, and an erotic artist. So in terms of the choreography, and I say it that way on purpose, there are people who are dancers who don’t create dance, but they bring to life choreographers’ work. And there are choreographers, well, I think I would say probably most choreographers did dance, there are some choreographers who no longer dance and they have their work interpreted and brought to life by dancers. I did used to primarily work in other peoples’ companies or gigs. And I had this thought that, “Okay, you know, if I’m going to make it I need to audition, and I’m going to be in someone’s company somehow and get gigs, and then I will be a dancer.” But I don’t have conservatory training. I have very good training, I also have a background in martial arts. But in terms of auditioning, it’s a very specific type of thing that you need to pick up quickly and have a certain vocabulary for. And I was like “Well I don’t have that, but I know I’m a good dancer.” And at some point, I was like, well I actually you know I’m remembering how I got hired. I got hired to choreograph, it was for a beauty pageant for Miss Ethiopia International. And I had never choreographed anything and I had to do it. I started making things, and it went fine. But after that I kind of thought, “Oh I’m allowed to make things. I think I would like to make things.” And so it just kind of came from being pushed in to do it. And then realizing there were things that I wanted to say and movements that I wanted to use that other people were not doing, that I didn’t want to do, you know, one-two-three-four. I wanted to do six-seven-twelve. That’s the reason that I have a career, is because I have been creating my own work and making space for my work. And other people have made space for it also.

No, it was actually kind of buried. Even in my work, before the pandemic, I was very much covered up like in terms of the amount of flesh exposed. This journey kind of began because of the pandemic. Because before then I was on a trajectory I was just going, going, going. And when the pandemic hit I found myself on social media a lot more like many people, right. And I saw, I was seeing pictures of dancers, and people who were not dancers, and there’d be a lot of kind of sensuality or flesh, and my feeling when I looked at that was, “Oh I had like a longing to do that, but I felt like I couldn’t.” And I started questioning myself, I was like “Well why exactly do you feel like you can’t do that?”

And it became clear to me that the reasoning was because of body image issues. The feeling that my body, my skin wasn’t good enough; that if I was perfect enough it would be okay to be half-naked, but because I’m not I can’t. And there was some of that, and then there was this idea, I call it false humbleness. The idea that covering up is humble comes from colonialism, Christianity, and all of these imposed ideas about the body, and the body being bad, revealing the body being sinful. Both of those things are types of shame, and I knew what I actually believed was not in line with what I believed was right. But I had not examined that self, those types of beliefs, for myself. So I was saying, “Okay, I want to decolonize,” you know. I believe in liberation and these things, but had not given myself permission to liberate my own body.

The idea that covering up is humble comes from colonialism, Christianity, and all of these imposed ideas about the body.

So, that kind of it became, it came from that. And then I started looking at what erotic work was to me. What did that mean to me? How did I want to use it in my career? Did I want to switch entirely? Did I want to incorporate it? What did that mean for what gigs I could get and could not get if I was doing certain other types of work? So I spent like an incubation period. And my partner, bless his heart, he was he’s very supportive, but he kept encouraging me to research this, or look at that. I interviewed people. There are people who have had been on platforms, for example, like OnlyFans, people who danced in strip clubs and full-service escorts. I interviewed and talked with all types of people about the business and safety side, different things just to figure out what I wanted to do and how to do it. And I made the decision that I would be open with the work that I was doing and have it be another part of who I was as an artist, both as a dancer, and that I would, I would be making things in terms of making photographs, making videos. That to me it’s just a part of me being an artist, you know, a part of me being a creator, you know. I create dance. I might create video. I create that without worrying about the boundaries of, “Oh, is this not dance? What is this?”

So I did. But for me, I decided I want it to be completely open that I was doing this. A lot of people, you know, maybe they are a ballet dancer but they dance in the strip club but it’s secret. Or they might be a dance teacher but they also have an OnlyFans and they have a different name. And I thought, no for me, because I don’t have as much to lose, I’m freelance, self-employed, you know, the um, I don’t know, the opera is not knocking at my door or something. Or whatever is not knocking at my door right now, what have I got to lose? You know, my closest family and my partner are supportive, that’s all I need. ♦