Mayhem Miller is known by many for being the life of the party. But to those of us who met her on Season 10 of RuPaul’s Drag Race, Miller is a prime example of how hard work and persistence does in fact pay off.

During the show’s fifth episode, Miller seemed to have everything needed to take home the crown. You know courage, uniqueness, nerve and, of course, talent? During her run on the show she spoke openly and honestly about the emotional toll rejection had on her and her mindset in the the competition, and how said rejection played a role in her elimination. “Rejection is always tough. It begins to make you second guess every single thing you do.”

This narrative arc played out during the first three episodes. After she won the first maxi challenge, Mayhem seemed as if she came to the competition ready to slay. But by episode four, she was beginning to get in her own way by being so critical of her own self-perception, leading to her being eliminated in episode five.

While many believed that there was so much more Miller could have given to the show, many of the fans of this season have been left asking, “Who was Mayhem Miller and why did her time seem to come so quickly?”

For Miller, drag was always a way to advocate for those who felt voiceless. Growing up and starting her drag career in Riverside, CA, her dream of being on Drag Race came from having several of her drag sisters being on past episodes. “Drag is my passion,” she says, sharing that her drag persona is not only fun, but the grand diva of Los Angeles nightlife.

In her extensive years of doing drag, she learned a lot about herself and the process of becoming the world’s next top superstar. In conversation, Miller spoke very openly and honestly about the word “no” and how hearing the word for over 10 years only helped her to become a better entertainer.

“When RuPaul’s Drag Race kept saying no, I had to figure out how I would find my yes,” Miller tells INTO. 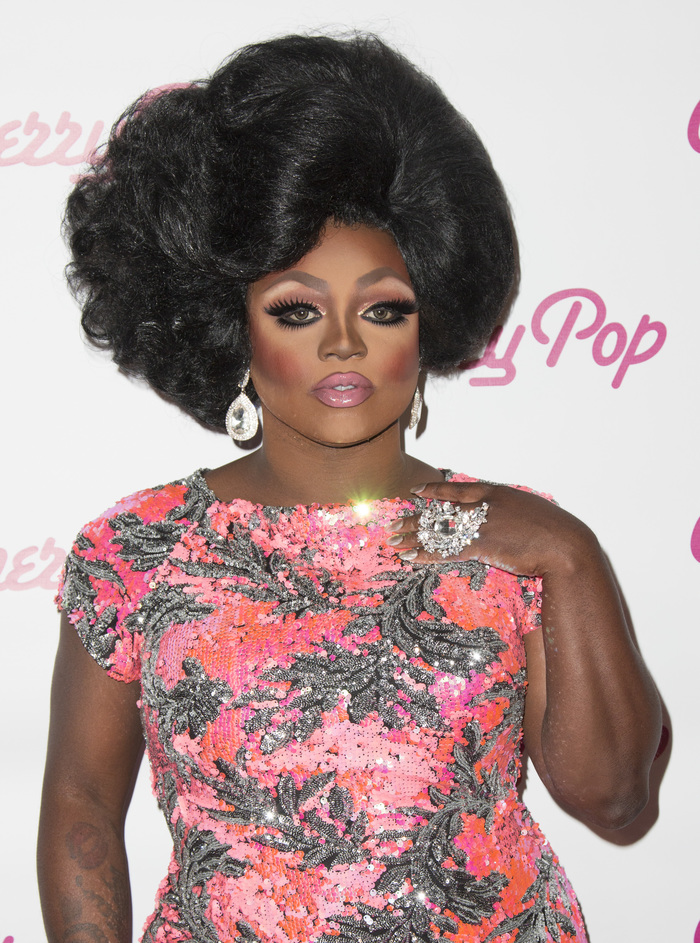 Like many of the queens who have applied for the show, she began to base her self worth as a drag entertainer on getting the Drag Race seal of approval. But for her, what was important was knowing that the show added to her years of experience, not her overall value as as performer.

“I needed to be the one validating my worth,” she says. “I had to figure out how to create opportunities outside of the show to validate myself and my experience as a performer.”

The drive to finding her “yes” has made Miller a household name and continues to make her popular with Drag Race fans both near and far. Upon meeting up with her at RuPaul’s DragCon in Los Angeles last weekend, I could see the excitement surrounding those who gathered to meet her. One person noted they traveled from New York to see her and one person stated they drove in from Arizona. “I had to meet her,” one person shouted from the back of her line.

Miller is excited knowing that her appearance on this show helped provide more visibility for other up and coming Black drag performers. “We are not all the same and we don’t deserve to be treated as such,” Miller pointed out, making a note that the Drag Race fans often like to compare Black drag entertainers and pit them against one another.

“The drag community likes to compare us all and that’s not fair,” noting that what makes drag so amazing is knowing that other queens, specifically Black queens, all bring a different color to the rainbow. “We all bring something special, unique and different to the show. But that is what makes drag so important. All drag queens, from night to night, show to show: they are different in their own right and folks should treat us that way.”

I asked her about the backlash that many other Black queens get for being more vocal about the injustice they face in the LGBTQ community. “We all have a different experience we bring to our drag,” she says, “and often the fans overlook the talent that Black drag queens bring to the show.” Miller shared that even though the visibility for Black queens has risen in the last few years, the message and story that each of them bring continues to be removed from the fabric of drag culture. “The message gets lost,” she said, “the style, the acting, the experiences that each of them bring. Because they are seen as carbon copies of other Black queens and their image gets lost.”

But, Miller stresses, it’s important for fans not to get lost in the conversation of race when thinking about the show, specifically noting that while this current season has had the most Black competitors in the show’s history, it doesn’t mean that each competitor’s talent should be seen as synonymous.

“We have to make sure that we aren’t confusing visibility for just race, but are recognizing that many of the Black queens are highly talented and should be seen for that, their talent,” she says.

Miller shared that what we often know about Black queens continues to get lost in translation and that we must give space for queens of color, specifically Black drag queens, to be seen as individual talent and not carbon copies of each other. The one thing she highlighted that sets her apart from other queens is how she selects her performance numbers and attire for said performance. “I don’t always like to do popular songs in my numbers. I don’t do the things that other people think I should do and no, I don’t take requests,” she laughed. “I strictly only do songs that I love. I feel I can translate the song better when I can identify with it.”

While there have been several talented drag queens who have been eliminated before their time, Miller expressed that it shouldn’t discount said queens from being seen as quality entertainers. “I think people forget that it is a reality television show and often an episode is not a true reflection of who a drag queen is and the quality of their talent,” she says. “We all have good days and bad days, but the show should not be where the party ends for another girls dream.”

When asking her what advice she would give to anyone who aspiring to be on Season 11 of RuPaul’s Drag Race she said, “Remember to always share your talent with everyone, everywhere.” When asked about the best advice she’s been given in her career, she replied, “Never hold back because it will pave the road for other queens of color who come after you. Yes, you will struggle, but don’t sell yourself short. Always know you are beautiful, your work is valid and needed. Don’t let anyone tell you different.”