As we await the results of Australia’s same-sex marriage survey, pollsters have already found that nearly 60 percent of voters support changing the law to allow same-sex couples to marry. While experts have often pointed to the country’s penal colony roots to explain its deeply embedded homophobia, it’s also true that Australia has experienced a significant cultural shift. Case in point? One of Australia’s most beloved TV characters is the lesbian lead of a three-season strong, critically acclaimed series.

Janet King is a legal drama airing on the ABC in Australia and Acorn TV in the United States. The show’s lead character is its namesake, Senior Crown Prosecutor Janet King, played by Marta Dusseldorp. Dusseldorp first played Janet in 2011’s Crownies and although the show only lasted a season, that was long enough for viewers to fall in love with Janet.

“What happened when that show finished was the audience said, ‘We want Janet.’ And the ABC, that commissioned it from Screentime, said, ‘We want the show to be about Janet,'” says Dusseldorp. “So they made her the lead.” 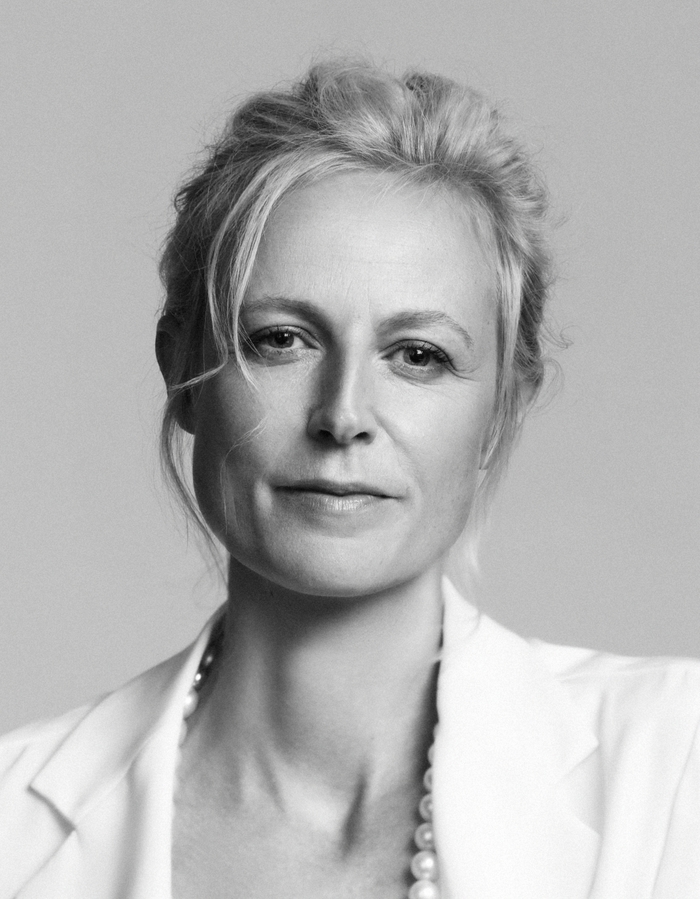 Think about that: Australians made a lesbian, one shown trying to get pregnant with her partner, their lead.

“You see a hero who also happens to be a lesbian in a very beautiful, loving relationship,” describes Dusseldorp. “Having children who are happy and thriving.”

“You see it in a context that allows people, who might have other ideas, to sort of go, ‘Oh, right. Okay, I see.'”

Could that partially account for shifting views on gay issues in Australia? It’s certainly worth mentioning that Australians have been watching gay and lesbian characters on their TV sets since the ‘70s on shows like Number 96 (widely believed to have given the world its first gay character) and Prisoner, the latter of which inspired the hugely popular Wentworth series of today. 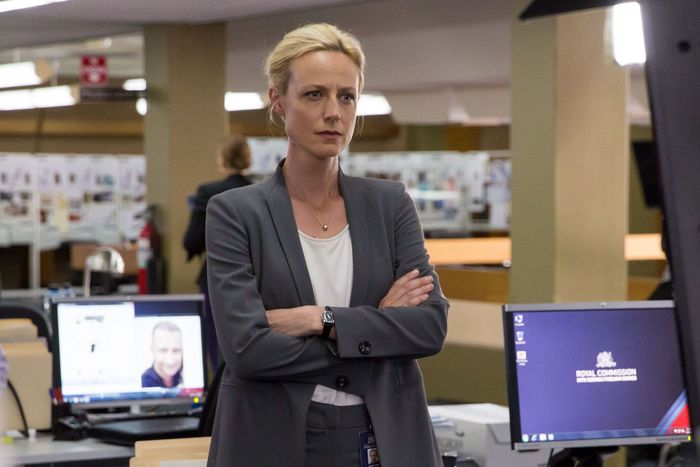 Of course, there are many politicians on the “no” side of the vote who would argue most Australians don’t want to see this on their televisions and that characters like Janet aren’t truly representative of Australian society. But Dusseldorp says shows like hers do reflect society, even while admitting part of the creative push towards more queer content is purposeful.

“When you start a show, you want to give equal representation to Australian society, reflect what’s going on. And therefore there is a lesbian character or a homosexual man, because that is what is happening in society. But maybe sometimes you have to force the hand to make people understand that it’s a representation of society.”

As for what she’s heard, Dusseldorp explains that people have embraced Janet.

“The major feedback that I’ve got from people on the street and critics and in the industry is that it’s a welcome change to have a lead role who is a lesbian, powerful, good at what she does, totally normalized – of course, as it is – and presented in a way where it’s not the main focus of the piece, but that it’s just a part of who she is.”

Feedback for Janet King, however, hasn’t always been positive. When the season 2 premiere revealed that Janet’s partner Ash (Aimee Pedersen) had been murdered, the timing couldn’t have been worse – the list of characters who had succumbed to the Bury Your Gays trope seemed endless, particularly when it came to killing off queer women.

Dusseldorp was aware of the talk around the trope.

“I was worried and sad about it, and I thought this could backlash, absolutely. But what happened because of it was very necessary for Janet, because she was so, so armored.” 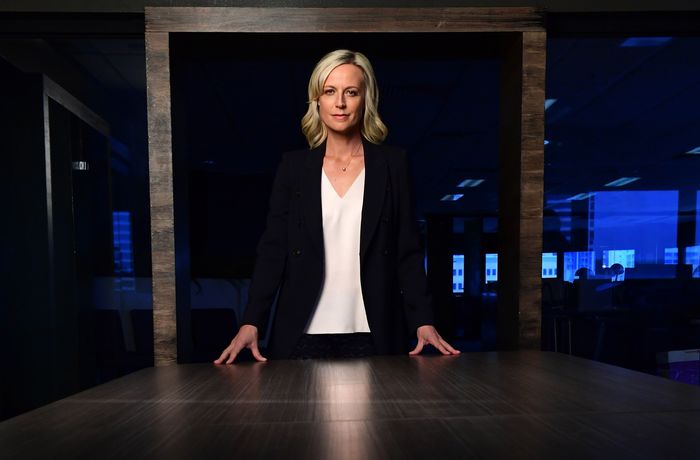 “We had to break her. And the only way to break her was to take away the very thing that she loved.”

“It kept me up at night before we started,” she confesses. “There was a grieving in my own life.”

But Dusseldorp, who was now also an associate producer on the show, was quick to relax fans.

“I just said, ‘Be patient,’” she recalls. “‘Hang on, it’s not this. Keep watching. There’s something that’s coming out of this that is more.'”

Fans found out what that something “more” was that same season. Or, more precisely, whom: Inspector Bianca Grieve (Anita Hegh).

“To be Janet’s partner is not easy, so we needed someone who could pull her out of her shell, soften her down, make her feel safe, but also have her own thing going on,” says Dusseldorp of Bianca.

Her love life aside, season 2 also saw Janet fighting in court to keep the last embryo she shared with Ash after Ash’s sister Deborah, who is unable to conceive, wanted to use Ash’s embryo to get pregnant. Many could see the show was trying to shed light on how the court system treats queer individuals.

“We knew it was political and that was why we made it the B story. But for me, that ended up being the A story. And a lot of people who stopped me on the street wanted to talk about that and found that to be the place where they lost their emotions.”

Even she was at odds with Janet at points throughout that storyline, feeling the prosecutor could’ve handled things better.

“The thing I love about Janet is she often does things the wrong way,” she says. “Ultimately she comes to it, but in her own way. And so you get a lot of tension and fracturing and honest emotion out of that.”

In season 3, this tendency of Janet’s leads her to be selfish in her personal life, possibly costing her Bianca. Dusseldorp says this is incredibly realistic.

“All the people I know who are in the legal system here in the way that Janet is, it takes their life. It ruins their families. And there has to be a cost for being such a public servant. When the people that you’re taking care of take a bigger part in your heart than the people who are closest to you.”

But it’s also a running theme of the show – in each season, Janet has let work life creep into her home life to the detriment of those who care about her most. So Dusseldorp concedes that, should there be a season 4, we should see a more self-aware Janet on our screens.

So, what’s the news on the season 4 front anyway?

“We are in discussions, and I have both my fingers, toes, legs, crossed,” she says. “It’s a decision for the ABC. So it’s out of our hands, but I’ve got my shoes ready by the door.”

And if in the meantime binge-watching Janet King continues to change hearts and minds, Dusseldorp says that can only be a good thing.

“That is our job: to reflect and also to encourage people to understand deeper.”