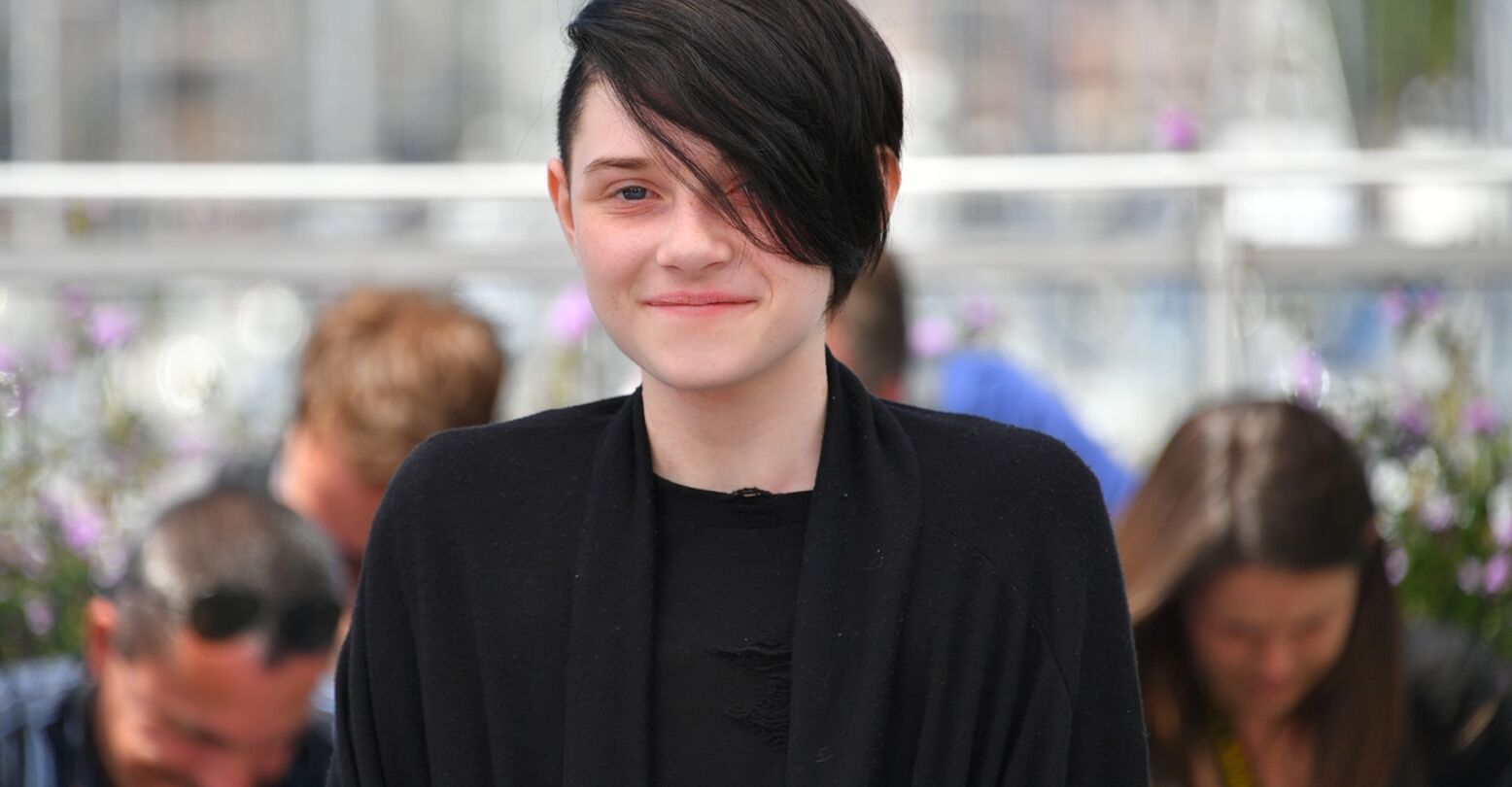 Rhys Fehrenbacher, the sixteen-year-old star of the new independent film Theymay have a calm, reserved demeanor, but there is something about his presence, the way he carries himself, the way he talks. It’s a quiet confidence, a boldness that whispers, I’m proud of who I am.

In They, which debuted at the Cannes Film Festival, Fehrenbacher plays fourteen-year-old J, a gender nonconforming teenager, assigned female at birth, who is taking hormone blockers to delay puberty and buy more time to consider their gender identity.

“I could not believe how much the camera liked Rhys,” says Simone Ling, producer. Ling had never worked with a young actor with so little experience. Fehrenbacher’s natural talent and poise blew her away. When asked about his greatest strength as an actor, she didn’t hesitate: “Stillness.” She praised Fehrenbacher for not shying away from being still and vulnerable. “That takes a lot more guts than anybody really realizes,” she says.

Fehrenbacher, who identifies as transgender, saw a lot of himself in J. “When we were filming we were both on hormone blockers,” he says, “So we were both kind of experiencing the in between.” They also both share a love of poetry. “The way that they would constantly recite poetry and whisper to themselves is something that I do,” Fehrenbacher explains, “And even the little characteristics that they have, like playing with their hair, stuff like that. I would see these things in the script and be like, I do that.”

Anahita Ghazvinizadeh, They writer and director, remembers seeing, “The manner, the spirit, the feel of the character,” in Fehrenbacher’s audition, during which he read a poem he’d written, himself. “He could get this idea of ambiguity and in betweenness and an indefinable character more than other people that I met with,” she says, “Or in a way that was more in line with the feel of the story.” 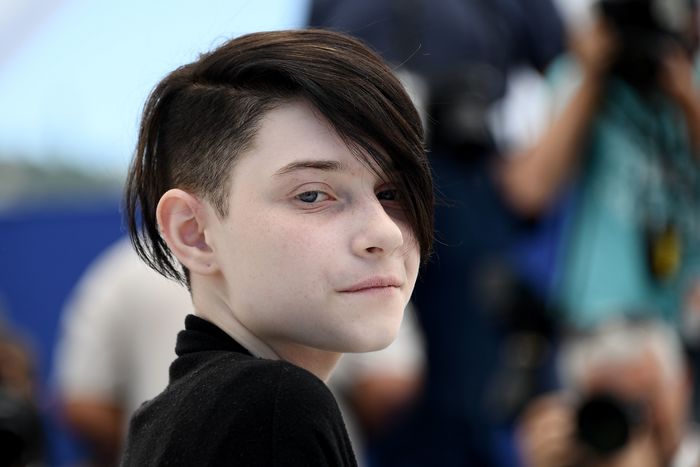 J and Fehrenbacher are not one in the same, though.

For one, J was born male and is wrestling with whether to transition to female, whereas Fehrenbacher identifies as female to male. When he first got the part, Fehrenbacher worried he wouldn’t be able to portray a biologically male character, but with practice he grew more comfortable. “I think [my process] was more just understanding J’s nature and not really associating them with being biologically male…When I was auditioning someone told me that something that stood out [about] me was that she couldn’t tell just by looking at me how I identified, and I think J is kind of the same way.”

J’s story is one that doesn’t seem to be told all too often. While trans stories are becoming more common in mainstream media, it does not seem as common to meet a character who hasn’t quite decided how they identify. With They, we see the confusion, loneliness, and pressure surrounding this area of uncertainty, and we also see an important message: It’s okay not to know right away.

Though Fehrenbacher is confidently male, it doesn’t bother him that people can’t always tell how he identifies by looking at him. “When I first came out I was very passionate about, like I want to pass as 100 percent male 100 percent of the time, I can’t wear anything androgynous, I’m gonna get misgendered and it’s gonna be awkward, but now I think I’m more relaxed about it and I think I’m more okay with kind of dressing the way that I want to as opposed to what I feel is traditionally masculine or will help me pass the best, and ya know people misgender me sometimes but I think most of the time they just kind of don’t know and I’m fine with telling them how I identify.”

Fehrenbacher knows he is not “traditionally masculine.” His brothers, he explains, love playing sports and showing off their strength, whereas those kinds of things don’t interest him. “I don’t really identify as that kind of guy, but I’m still a guy,” he says.

Unlike J, Fehrenbacher’s life is anything but paused. In addition to being an actor, he’s also a poet and an aspiring filmmaker. He’s written short stories, screenplays, loves graphic design, and he also plays guitar, ukulele, piano, and bass (Don’t forget he’s only 16).

“There are tons of things that I want to do,” he said, “If I had to narrow it down to one career it’d be really hard. I have a ton of interests. I want to be a graphic designer and a special effects makeup artist, all this crazy stuff, a musician, I think whatever I do end up doing, it’s probably gonna be creating something.”

He’s also been blessed with supportive parents. His mother, Candy, is the one who received an email about the casting call for They. She knew immediately that the film would be something her son would want to audition for.

“I hope that movies like They and other movies,” she explains, “Can help people see that your job [as the parent of a transgender child] is to stand alongside your child and be there for them and help them have the best path and course in their life they can have.” Parents who don’t see that, she says, are “Missing the gift that’s been placed in your family.”

When Fehrenbacher came out to his family, Candy and her husband, Eric, didn’t know anyone else who identified as transgender. “Me and his dad, right from the beginning were like, you know what, we love you and you know what we don’t understand what this is, but we’ll figure it out, we will help you.”

Fehrenbacher hopes the film will help normalize those who identify as transgender. “I think it’s important not just for trans people but also for cis people to kind of see that being trans is this normal thing,” he says, “And that it’s not this big spectacle, and that it’s just a part of our everyday experience.”

His advice to those struggling with gender identity: “Labels aren’t everything, and while it is helpful to have language to put to how you feel, trying to force yourself to conform to one label or another isn’t gonna help you. I think it’s more just understanding your identity and where you’re at and just being okay with not knowing necessarily, because you don’t have to have all the answers right now.”

Between Fehrenbacher’s incredible talents and his kind, self-assured disposition, he makes it clear there is a lot more to life than being able to fit clearly into an arbitrary box.