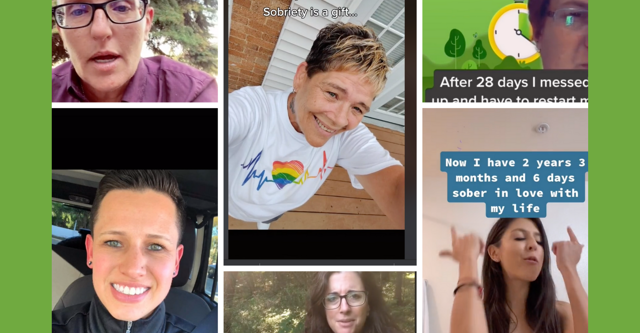 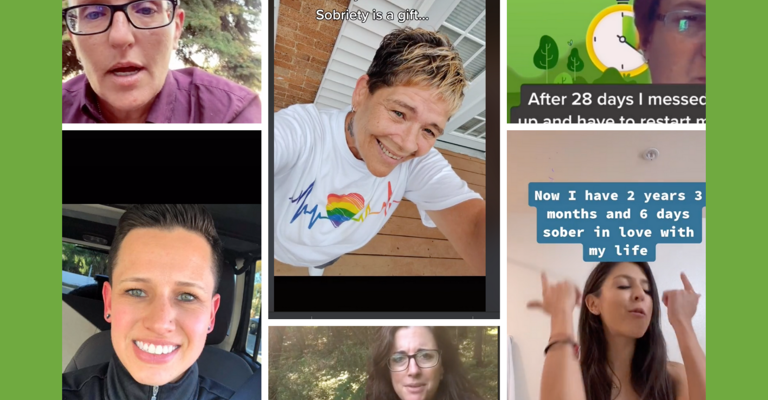 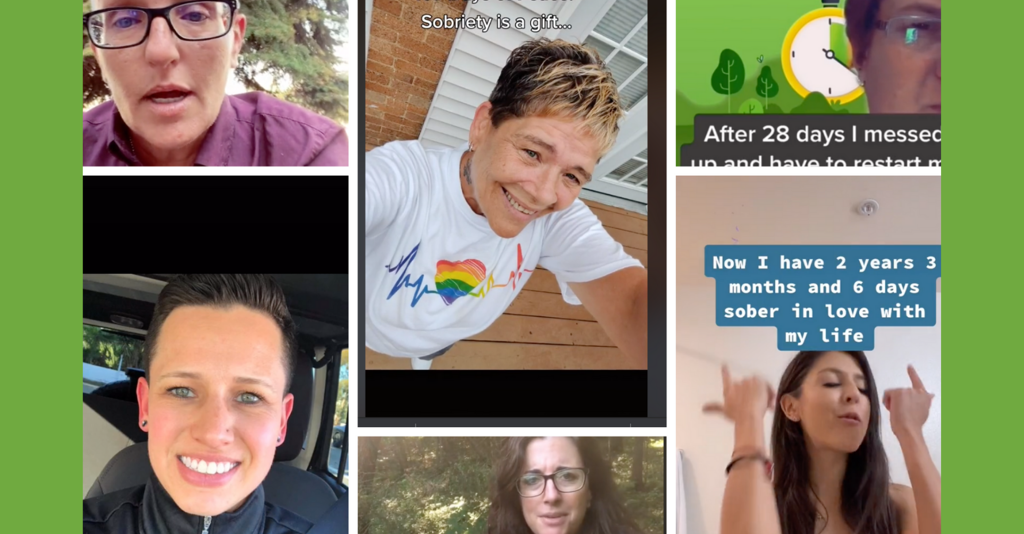 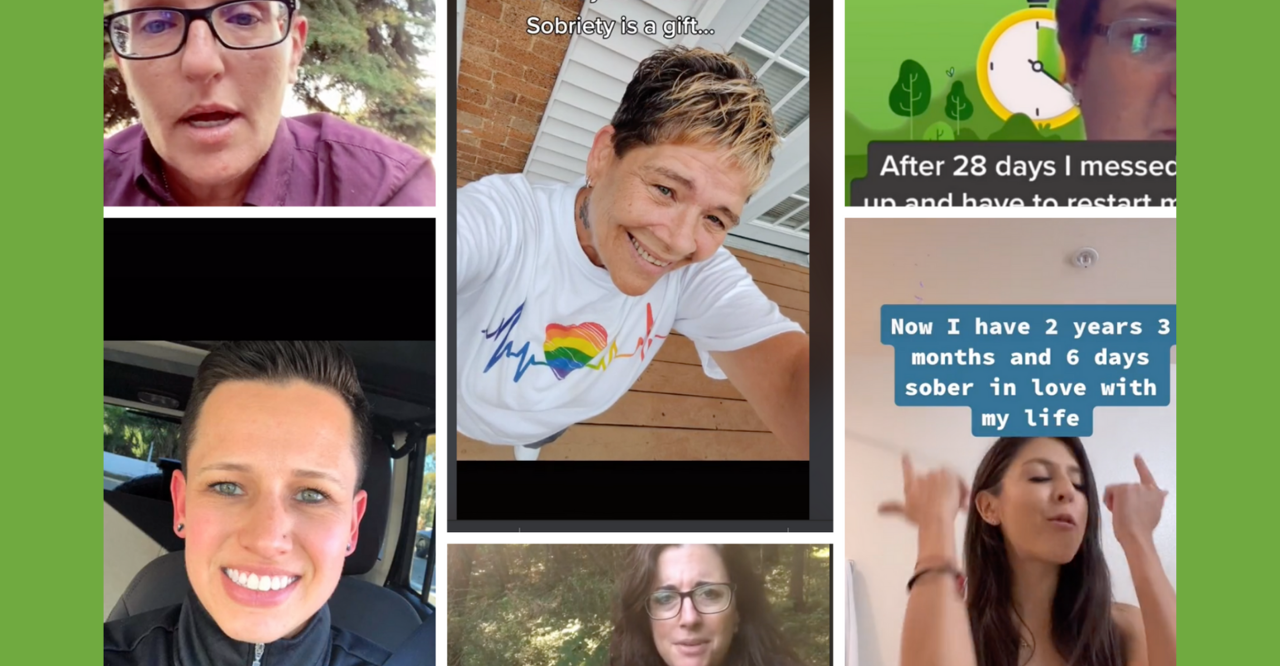 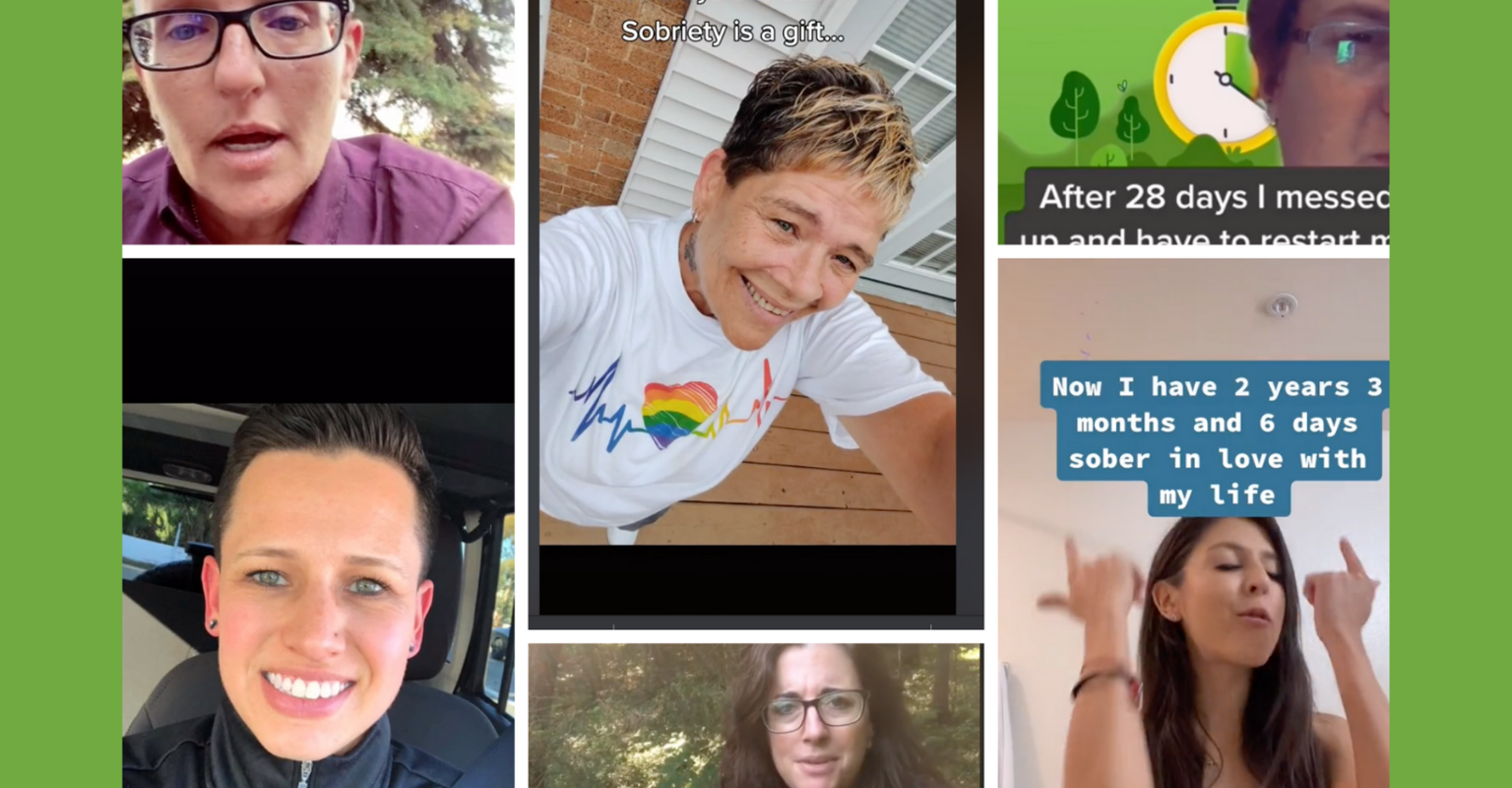 As amazing as it is to be gay, queer people often lead difficult lives marred by stigma, discrimination, and judgement. Dealing with such experiences can be difficult, and in the process, many take to unhealthy coping mechanisms such as alcohol and drugs. Data from the 2018 National Survey on Drug Use and Health (NSDUH) suggests that substance use patterns reported by lesbian, gay, or bisexual adults are higher compared to those in heterosexual adults.

“Back in the late 80s, when I first came out, being gay was just not cool. I got criticized a lot, and my family shunned me. Gay bars became the only place for me to find some company, and that’s when my alcoholism really took off,” says Deb Cooper, a 53-year-old from West Virginia who recently completed 60 days sober after restarting her journey after a relapse.

TikTok has become a major source of support for Cooper, who’s one of the many lesbian creators sharing their stories of sobriety and addiction recovery on the platform. At the time of writing, #soberlesbian has amassed over 500,000 views and videos tagged with #soberlesbiansoftiktok have been viewed over 163,000 times.

While Cooper, who goes by @sober_cooper, regularly updates her followers about her own journey, she finds constant support in other creators like Kam McAuley (@coffeewithkam) who often duet her videos and cheer her on. McAuley is a 43-year-old realtor from Durham, North Carolina, who made her first TikTok in May 2020. Since then, she regularly makes videos about love and life, but most importantly, she motivates fellow lesbians to live their most authentic lives despite their struggles with addiction.

McAuley started documenting her own journey on social media when her brother’s death by suicide jolted her into considering sobriety in 2015. Sharing her own experiences of being actively alcoholic and depressed and encouraging others to do the same has helped her create an impact in the community.

“I regularly receive comments from people who have struggled or are struggling with addiction and/or alcoholism. The sharing of our truths and our authentic journeys, so that we and others don’t feel alone in our struggles, I believe, is the key to changing and saving lives, including our own,” she says.

Dr. Katelyn Baker, Doctor of Clinical Psychology, Psy.D believes that such online communities can aid addiction recovery. “The impact goes further than just the person sharing their story; normalizing addiction and the struggles that can coincide with recovery and sobriety can help countless others who just happen to be scrolling by,” she says.

For 30-year-old Angela Chanel, being a sober lesbian on TikTok has helped normalize talking about being sober, being out, and being “unapologetically free” from her past, which she could’ve never imagined a few years ago. While she has been sober for over 2 years now, she believes that comments from those watching her videos who are new to sobriety are the most important to her.

“They are facing one of the most difficult parts of sobriety and they help me more than I could ever help them. They remind me of what it felt like being new and that’s something very important to me,” says the Southern California resident, who goes by @hungry.latina.

For these people who are still struggling to sustain their sobriety, using TikTok as a digital journal can ensure they’re held accountable to both their audience and themselves.

“Once something is posted online, it is often viewed by people and people will notice whether you have either kept up appearances with your journaling or deleted previous entries,” says Dr. Alexander Lapa, a psychiatrist at Ocean Recovery Centre, a rehabilitation clinic in Lancashire, England. “When people are logging things in a physical journal, they often start to feel better from journaling and maybe quit, or they may not have fully incorporated it as part of their daily routine, and eventually it will not be completed. However, with TikTok, the journaling is likely to maintain itself which is a good thing for long-term recovery.”

On March 31, Cooper posted a TikTok video talking about having relapsed, despite being ashamed to share it with her followers. However, she was overwhelmed by the positive and encouraging comments she received, which have helped her take this journey even more seriously.

She says, “TikTok is holding me accountable now, because I don’t want to have to make another video saying that I fell down ever again.”

While this community is largely supportive, being open about your struggles with addiction on social media comes with its perils. Everything that’s posted on TikTok is prone to receiving hateful comments that can derail progress if taken seriously. “It’s important that the person who wants to share their story is prepared to handle the negativity so that it does not hinder their recovery,” says Baker.

At the same time, it is also important not to lose sight of why you started this journey and why you chose to share it online. Lapa says, “Instead of thinking, ‘I need to post otherwise everyone will think I’m fake’, think ‘I want to make a change, because I know a change is better for me, and that is why I’m going to keep up with this, I know this is good for me.’”♦

Snigdha Bansal (she/her) is an independent journalist from India, currently based in Amsterdam. She writes about culture, identity, and mental health. Follow her on Twitter.