“Just put ya wig on, shut up, and have a good time doing it.”

UK drag maven Georgie Bee isn’t one to make a fuss over herself. As a member of London drag troupe Sink the Pinka self-dubbed genderfuck army dead set on dismantling the binaryGeorgie’s presence in the typically male-dominated industry has been nbd (she even beat her tucked-to-the-gods competition to take home the coveted title of Miss Sink the Pink in 2016).

But while her reign has hardly raised an eyebrow in progressive London, female queens sometimes still face resistance in a world where 5 o’clock shadows are a constant battle and the art form’s most public bellwether, RuPaul’s Drag Race, has yet to include a cis woman among its contestants.

We recently caught up with Georgie to talk gender, fancy shews (she’s a shoe designer by day), and the future of drag. Check it out, along with some campy-couture new portraits by photographer Pepo Fernandez, below. 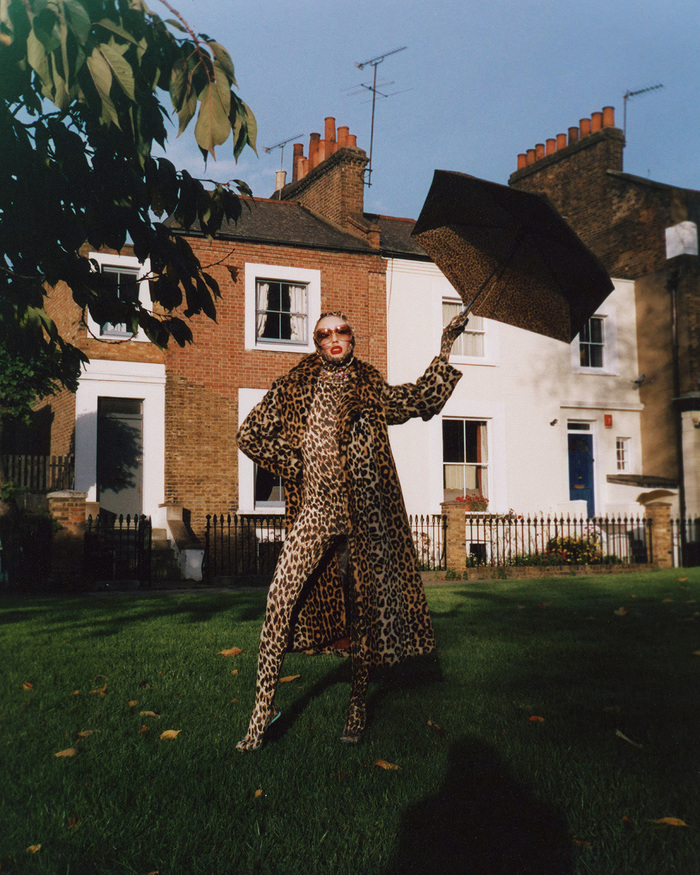 How did you get started doing drag?

I started doing drag/dancing because a wonderful friend came into my life and made it seem less scaryand also more simple. I had preconceived ideas about what drag was or could be, and he was very matter of fact about it: If I wanted to do it, I could. 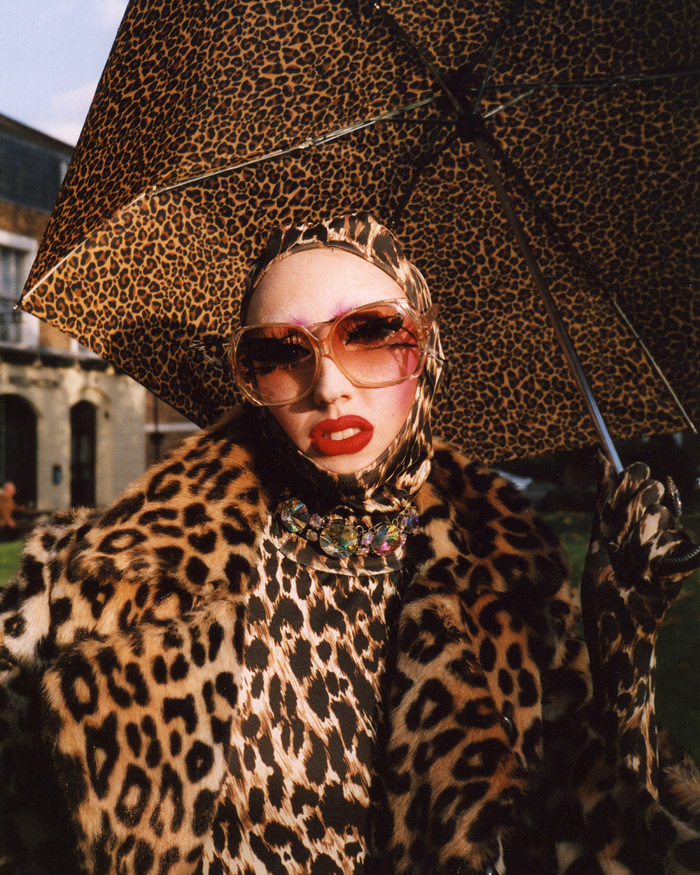 How would you describe your aesthetic?

Constantly evolving depending on my mood, but I always like to keep it camp, sequinned, and sexual. 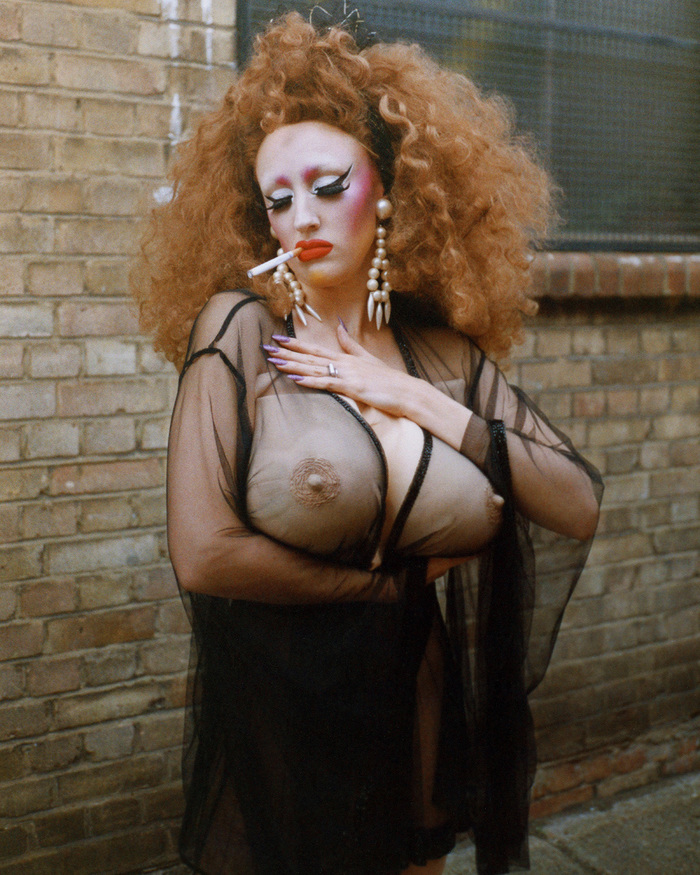 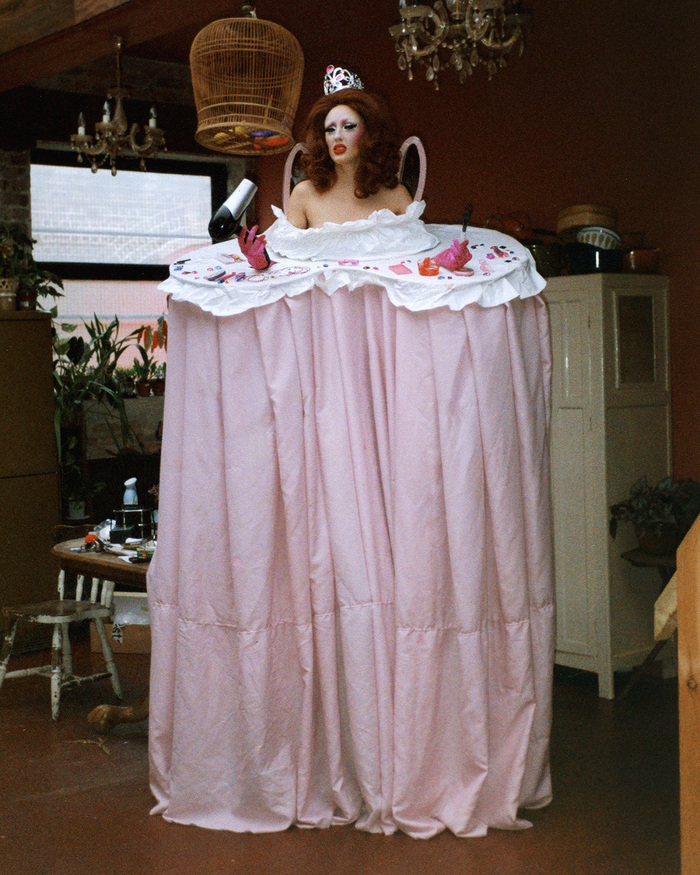 As a female queen, how has your experience with the drag community at large been?

Overwhelmingly positive. There is a Negative Nancy everywhere you go in life, but I don’t take a lot of notice to be honest. But I have been ignored by photographers, cut out of media articles alongside my male peers, cropped out of pictures…I could go on. I find that it’s less about having a problem with women doing drag; it’s more about women being visibly queer that people are ready to exclude. 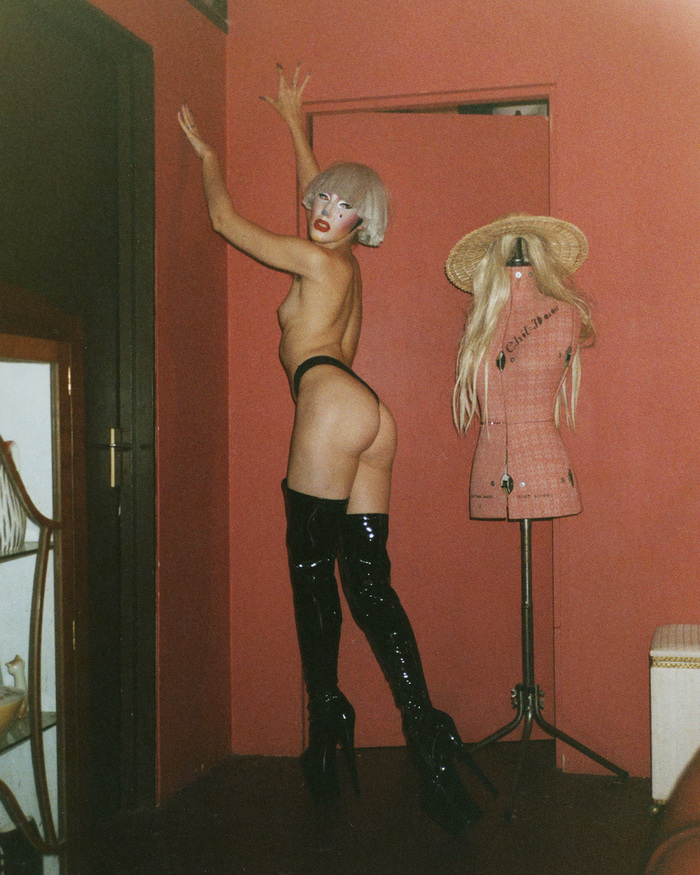 What’s been the most surprising thing about doing drag?

That I really enjoy performingor just showing off in general. I have horrendous social anxiety and never would have put the two together, but performing allows me headspace and reason to be out. Being in a pub or a club for the purpose of drinking and socializing is kind of my idea of hell. You think I’m entertaining youbut really I feel like I’m meeting everyone in one big go and that’s easier for me. 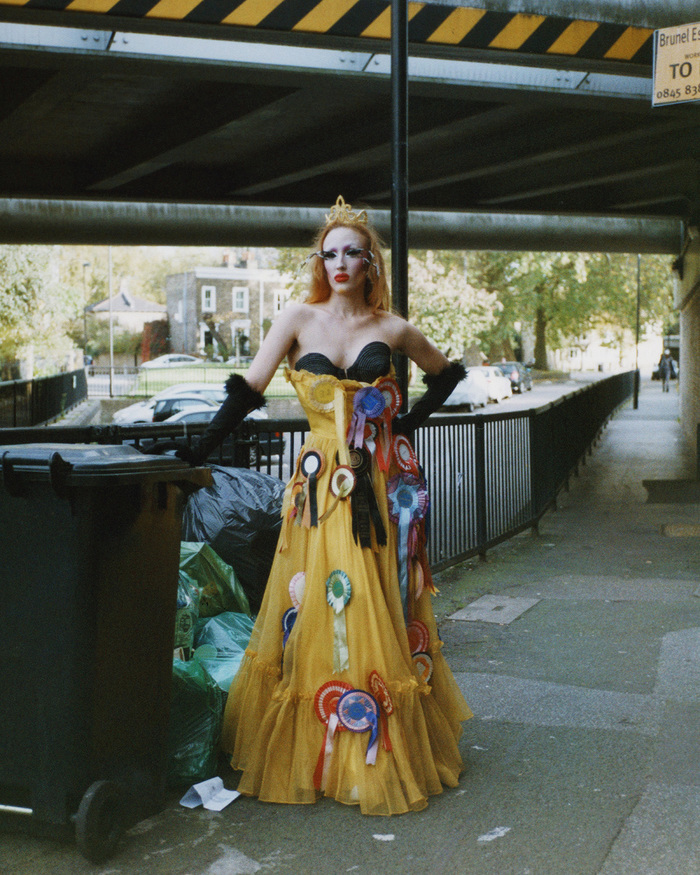 What’s something you would change about drag if you could?

I know you want a deep answer here, but I saw a thread recently from a friend about drag “life hacks” or fuck-ups, if you will, and was so shocked to read about so many queens gluing wigs, eyelashes, tits, with NAIL GLUE. The fuck is wrong with you people! Haha. My hack is that I used cocoa powder as contour once because I couldn’t find any.

But in all seriousness can people stop using these terms when referring to “female” queens: bio queen, faux queen, hyper queen…just stop it! It’s just drag! Just put ya wig on, shut up, and have a good time doing it. 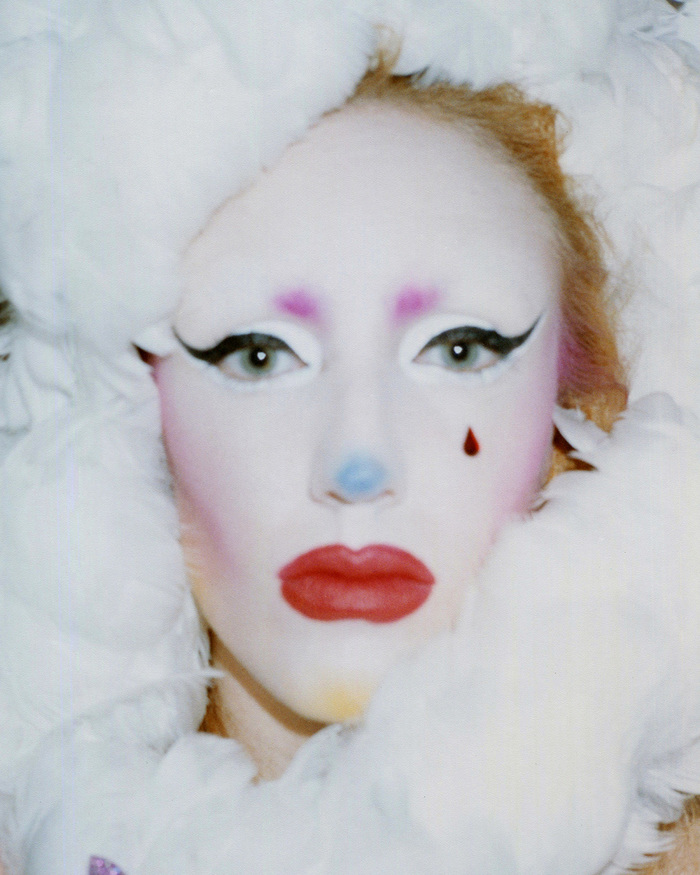 Can you talk a bit more about being crowned Miss Sink the Pink and what it’s meant for you?

Working with STP is a fucking wild ride. I have a huge extended family of queers these days and I love working with them all. 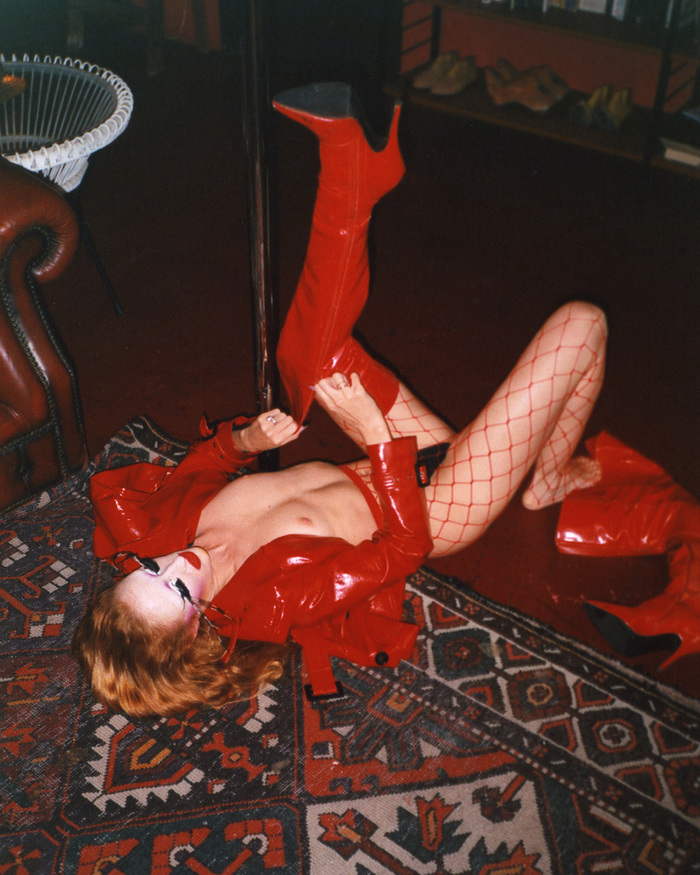 Do you want to see a cis female queen on Drag Race? Would you ever go on the show yourself?

Respect to those queens and yes why not, but me myself no way. It’s not my kinda show. I’m more of a dive-bar-wonky-eyelash kinda gal. 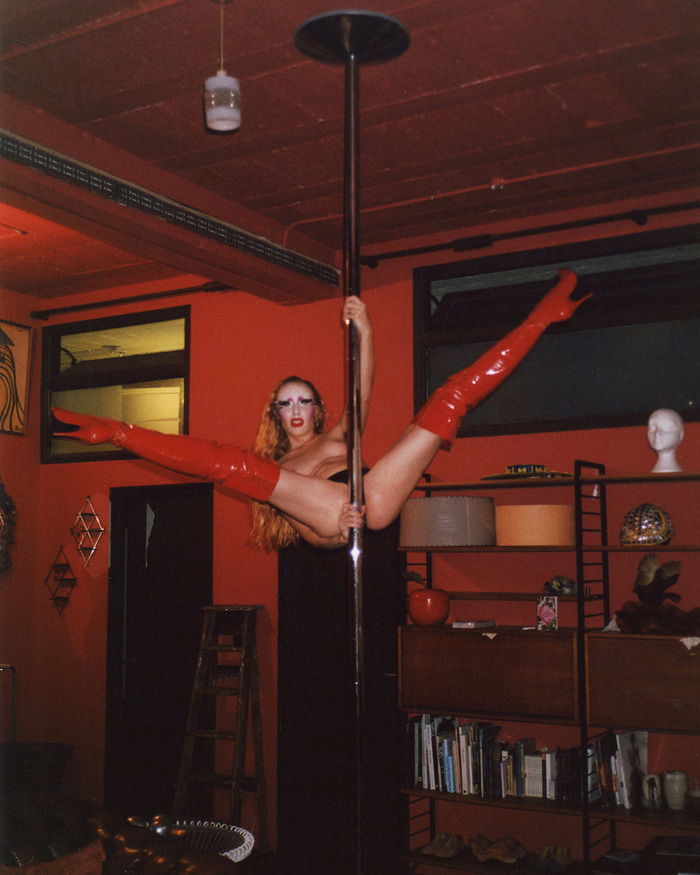 You’re a shoe designer by daydo you make your own shoes for performances?

I don’t, I’m purely a designer. But I do have an extensive archive of “fancy shews.” My definition of a “fancy shew” is if it meets the following criteria: 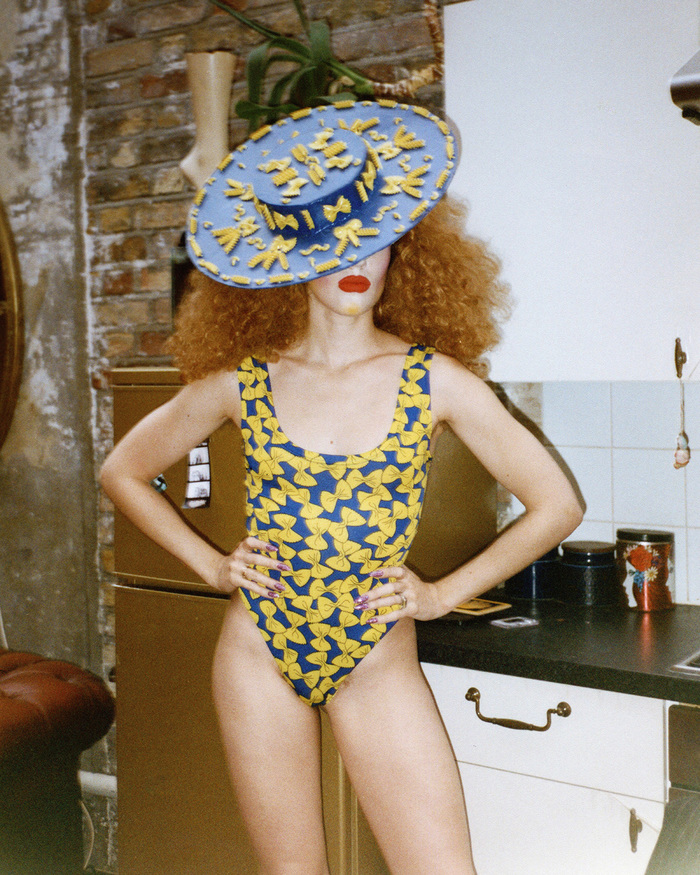 I have no idea what’s next for me! I’m still figuring myself out. Probably another party somewhere. 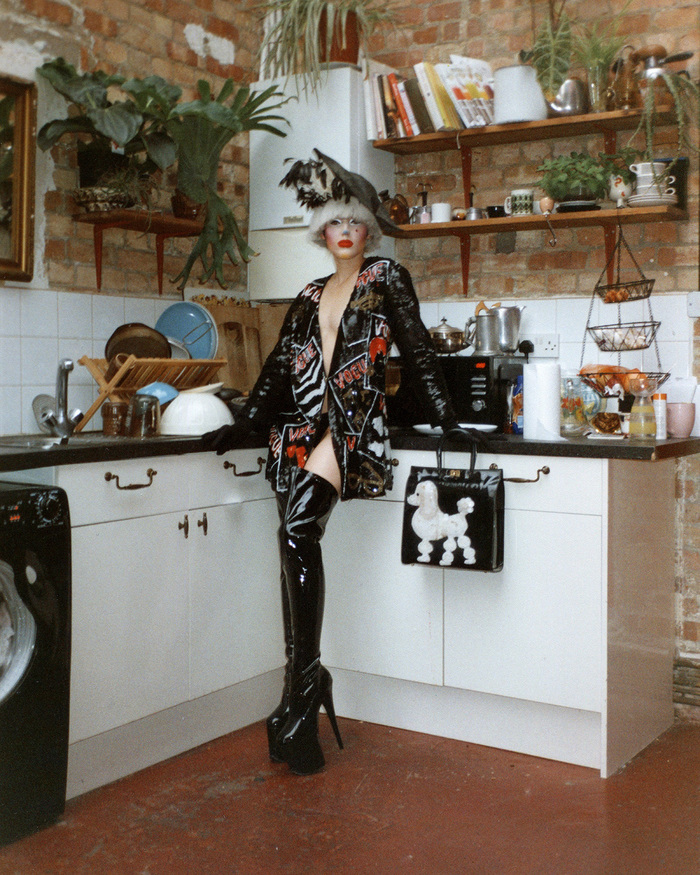