When the zaftig, heavy-browed kawaii queen Margaret Y Ya stalked out onto the final runway having turned herself into the battling eagle and serpent of her country’s flag, many assumed that she had secured the crown on the premiere season of La Mas Draga (The Most Drag), Mexico’s first drag reality show.

It was only when the entrant with the most classic aesthetic, Deborah la Grande, appeared in front of the capacity crowd that general surety faded. Considered an underdog to her rivals, Deborah proceeded to serve a multi-reveal look in homage to Mexico’s most famous female artist. She emerged with the bleeding heart and white lace of “The Two Fridas,” then peeled away the first gown to unfurl a tribute to Frida Kahlo’s homage to her own broken body “The Broken Column.” Deborah turned on her heel with a final flourish, and there on her costume’s reverse was the sculpted back of Diego Rivera’s “Nude With Calla Lillies.” The crowd — many of whom were not regular drag consumers before the show started airing that spring on YouTube — erupted. The coronation commenced. The cameras captured it all. Mexico had officially stepped into the RuPaul era. 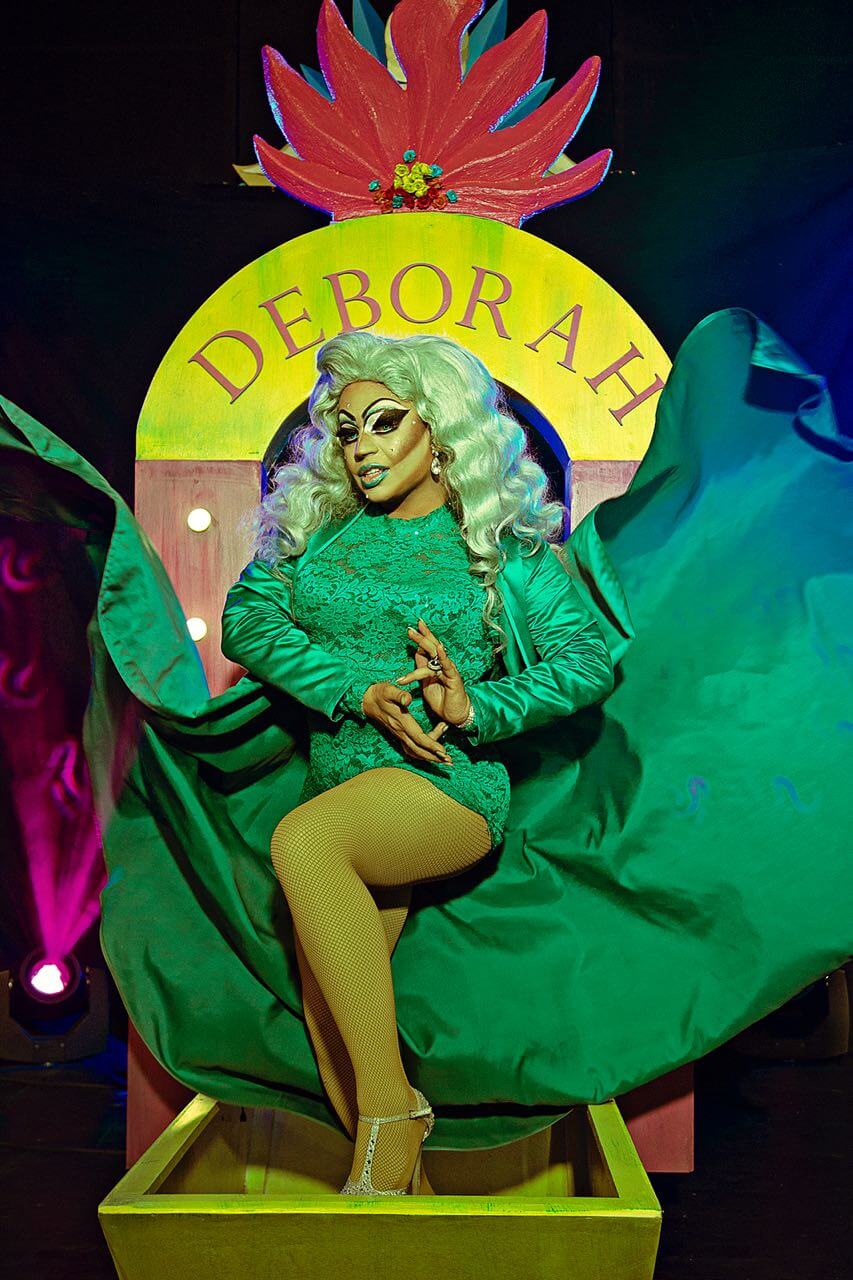 The six YouTube episodes of La Mas Draga premiered at a moment when many involved with Mexico’s drag scene thought it was high time for its close-up. For years, RuPaul’s Drag Race stars have toured Mexican cities, demanding fees several digits higher than those of local queens, whose typical pay ranges from $30 USD to $15 with drink tickets for a night’s work.

That disparity had raised some amount of frustration in a country that has a storied tradition of performance by trans and travestí [transvestite; a word considered problematic in the US but is a popular self identifier in Mexico for those who crossdress as a lifestyle] performers, plus a vivid drag history of its own, from Francis Esparza’s legendary 17 year run of Las Vegas-style spectacle at the capital’s Teatro Blanquita to Paris Bang Bang’s “Carerra Drag de Mexico City” (“Mexico City’s Drag Race”), a Thursday night live event that currently serves as the metropolis’ see-and-be-seen epicenter of drag society. In Mexico, financial gains are low and material risks are high for the queens; it’s a country where you can be killed for dressing outside your gender norms.

“[I admire] the strength and courage that it takes for [Mexican drag queens] to be who they are,” says Mexico City drag fan Ruben Morín. “To put on a wig and heels in Mexico can be a suicidal act, given all the feminicides here. They are facing up to this machista (macho) society.” 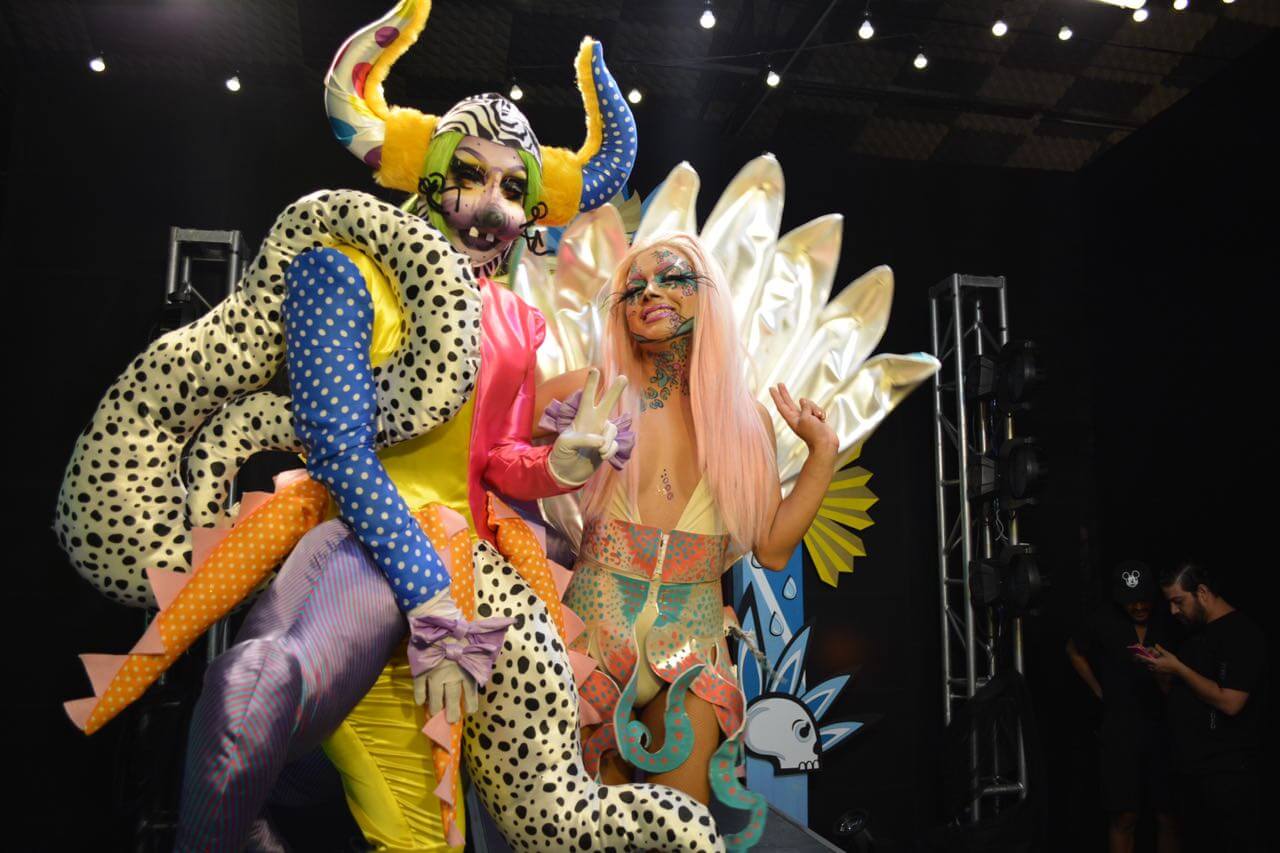 Given that no major sponsors were yet on board, and that the total budget for the season would be around $13,000 USD, there was little guarantee of financial payback for contestants. “I didn’t think it would be that popular,” says Debra Men a.k.a. Angel Moncada, a freelance makeup artist from the peripheral Estado de México city of Ecatepec. “But I was sure something beautiful would come out of it.”

Moncada had to be sure — when tapped to be on the show, the performer was broke and had actually been in the process of killing off Debra, frustrated with the grim financial reality of drag life. But to work with the respected producers, Moncada braved the competition against better-funded queens, enlisting the help (and closets) of friends and drag daughters. “I didn’t even have heels,” Moncada says. “I didn’t even have heels.”

Moncada’s premonition was right; the first season did turn out pretty. Challenge themes celebrated Mexican heritage, from the stars of the country’s golden age of cinema to the fantastic folk art creatures, the alebrijes. One episode was even dedicated to the various incarnations of pop icon Thalia. Close relationships between contestants precluded any RuPaul-style shade, a conscious goal on the part of production.

“Here in Mexico, the community is so isolated that we can’t give ourselves the luxury of that acid humor,” says Villarreal. “We needed more union as a community, not segregation.” Dressing room confrontations ended in hugs and rare was the lip-sync elimination that didn’t elicit tears from the loser, winner, and judges alike. This sweetness largely stemmed from a shared conviction among those involved in the series that it would be a boost to their community.

“My goal in getting involved with La Mas Draga was getting visibility, and raising consciousness about what it is to be a drag queen,” says Deborah la Grande. 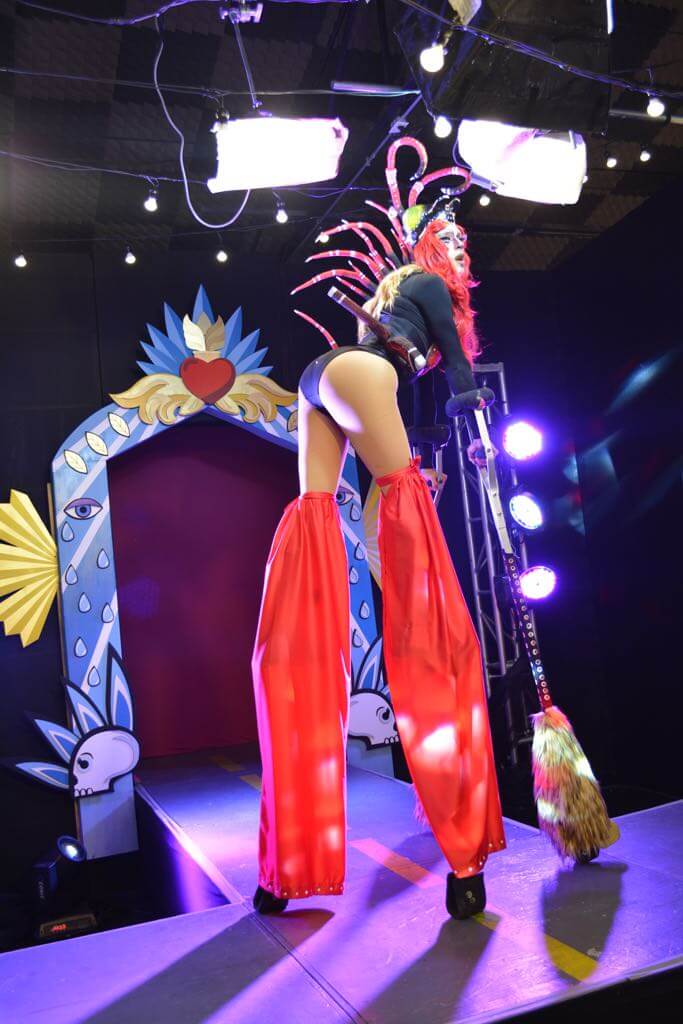 It would seem that these goals were accomplished. The debut episode of La Mas Draga racked up half a million YouTube views. Seemingly overnight, contestants saw their follower counts explode.

“People are sending me messages from Singapore, Russia, Rome, Spain,” says Moncada, whose $1,000 USD prize for the audience-elected “mas querida” (most beloved) should allow her to re-stock her shoe supply. Many cast members were able to ratchet up their performer fees, and are now getting booked throughout the country. But perhaps most thrillingly, the show’s success among those previously unfamiliar with drag culture could indicate a growing acceptance of the queer community in Mexico.

“On the day they filmed the final the venue was full of people I didn’t recognize, who I never see at drag parties,” says Morín. “Señoras with their sons and daughters, heterosexual women and men — everyone united to watch La Mas Draga.” 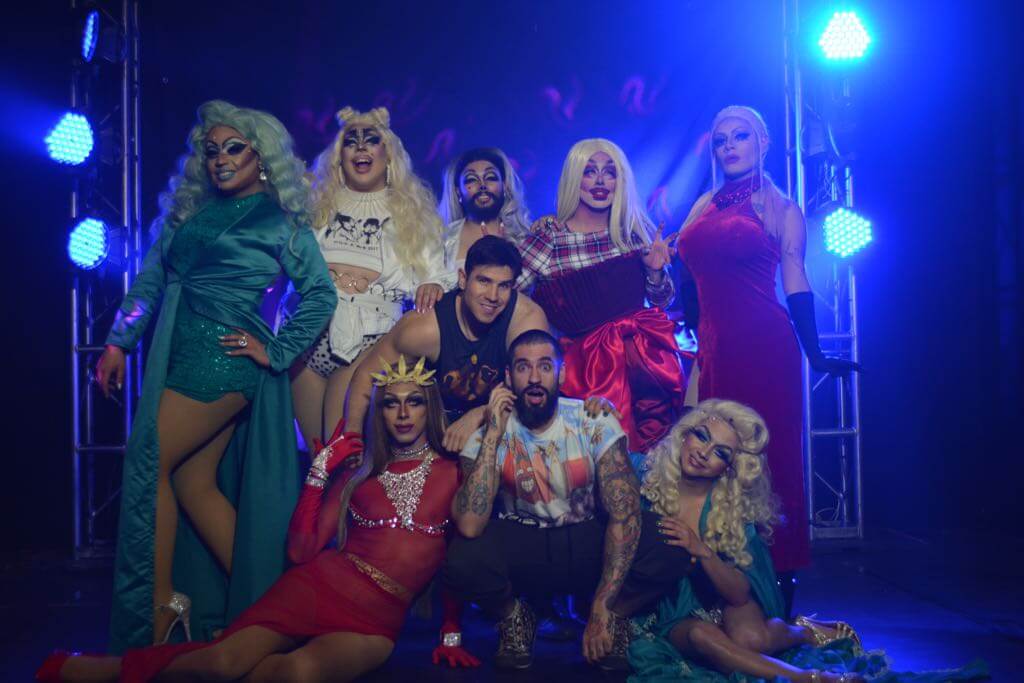 Of course, not everyone sees the globalization of drag culture via this pivot to gringo-style contest queens as a positive. Dolores Black grew up trying on lipstick and heels in her bedroom in Mexico City. When she started taking drag seriously, she found herself drawn to the live event Carrera Drag as an opportunity to get known, and get to know other queens. But she tired of the premise of contests, that queens must fight to prove their queenliness, that judges’ approval is necessary for an art felt so deeply that it spills into one’s own definition of self. In the middle of a lip-sync final, Black shattered some stage lights and officially split, to the crowd’s approving roar.

Two years later, she critiques La Mas Draga’s use of straight pop star Lorena Herrera as host, and questions the need to exclusively showcase drag queens in a competition scenario.

“I don’t think it’s just Mexico,” she says. “On a worldwide basis, Drag Race has become not just a reference, but a norm. If it’s not a contest, it’s not drag. There doesn’t have to be someone who is better and someone who is worse, you know?”

For now, there seems to be no end in sight for drag competitions in Mexico. Chilean-born YouTube series Versus currently has a Mexican version in production. The producers of La Mas Draga are already planning a second season, this time with big-name sponsors and queens from all over the country — including, they hope, cis and trans woman contestants. And for those seeing a boom in appreciation for their art, the change is welcomed.

“We are creative and chingona (badass),” says Mexico’s current wearer of the crown, Deborah la Grande. “There is no comparison to our country’s drag queens.”