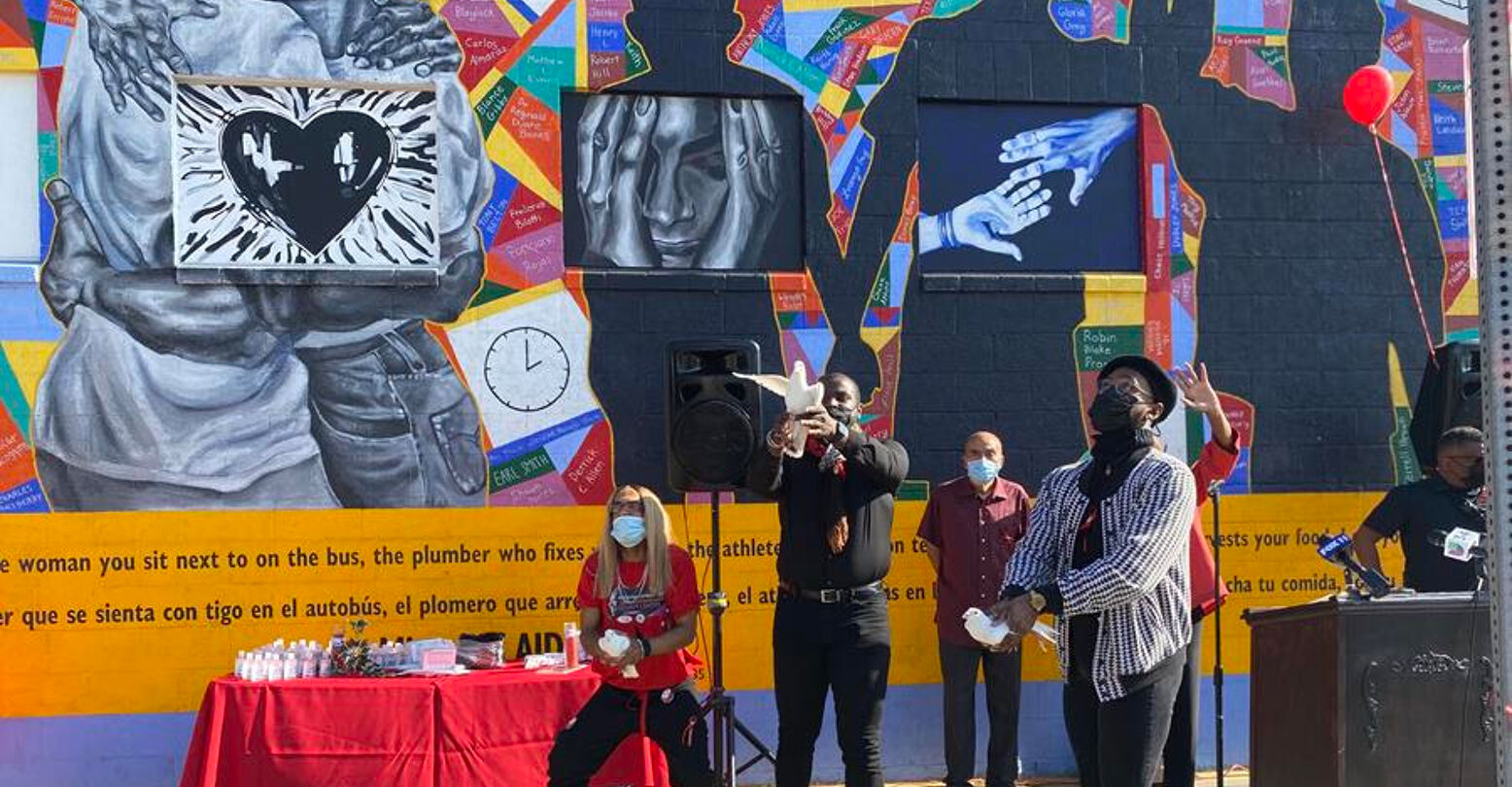 In honor of World AIDS Day 2021, the Minority AIDS Project held an event to reflect on the 40th year of the pandemic. Taking place in Los Angeles, the event invited a variety of agencies and activists to speak on the impact the pandemic has had on communities of color.

The Minority AIDS Project was founded in 1985 by the late Archbishop Carl Bean as “the first community-based HIV/AIDS organization established and managed by people of color in the United States.” The nonprofit organization acts as community outreach through the congregation Archbishop Bean also founded, the Unity Fellowship Church, “a denomination of Progressive Christian Churches.” Its mission is to provide services that include HIV education, testing, and care to anyone regardless of religion, gender, language, and other factors—with a focus on the underserved African-American and Latinx communities of Los Angeles.

The event was led by Minority AIDS Project’s current CEO, Reverend Elder Russell Thornhill. His speech painted a picture for audience members—both young and old—of the early days pandemic, when little was known about the virus and the Reagan administration dragged its feet in addressing the crisis.

World AIDS Day was founded in 1988 to take place every year on December 1st to commemorate the lives lost to AIDS-related illnesses. Although medical technology has made significant advances in fighting and reducing the spread of HIV/AIDS, the National AIDS Trust points out: “​​World AIDS Day is important because it reminds the public and government that HIV has not gone away—there is still a vital need to raise money, increase awareness, fight prejudice and improve education.” Nowhere are these shortcomings more felt than in marginalized communities, which the Minority AIDS Project seeks to address.

As a capstone to the World AIDS Day event, the Minority AIDS Project released 40 doves into the Los Angeles sky to commemorate each year since the first cases of HIV were detected.