They say everything’s bigger in Texas. That must include the shade.

During Sunday night’s Miss America pageant, Miss Texas Margana Wood told the world what she really felt about Donald Trump’s response to the Charlottesville, Virginia, tragedy and the death of Heather Hayer.

People editor in chief Jess Cagle brought up the fact that Trump declared there were “very fine people on both sides” and asked Wood if she agreed and to explain. And, oh, she did.

“I think that the white supremacist issue it was very obvious that it was a terrorist attack. And I think that President Donald Trump should have made a statement earlier addressing the fact, and in making sure all Americans feel safe in this country and that is the number one issue right now.”
Twitter was ready to stan forever after hearing Miss Texas condemn the violence in Charlottesville in harsher terms than the president. 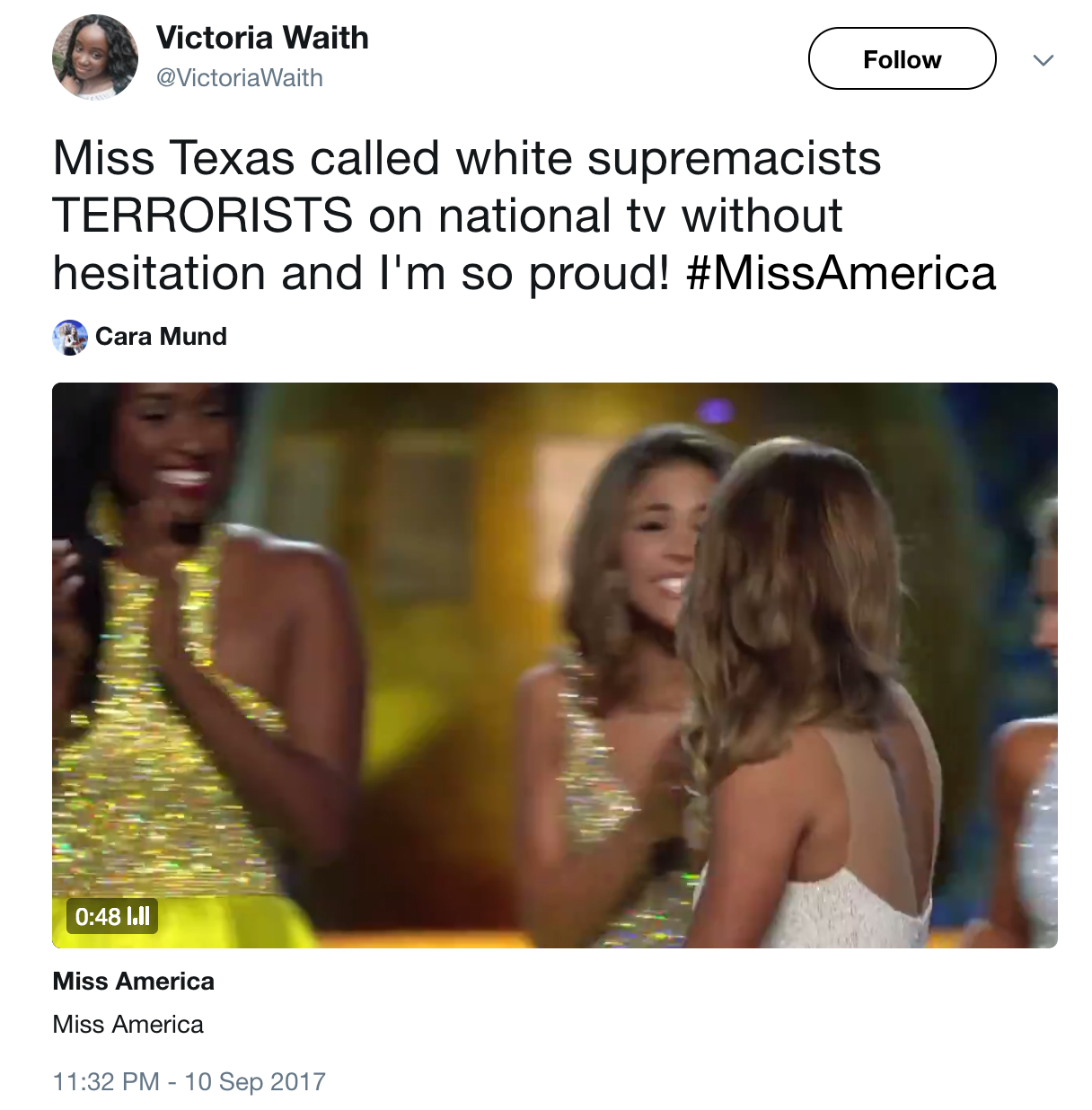 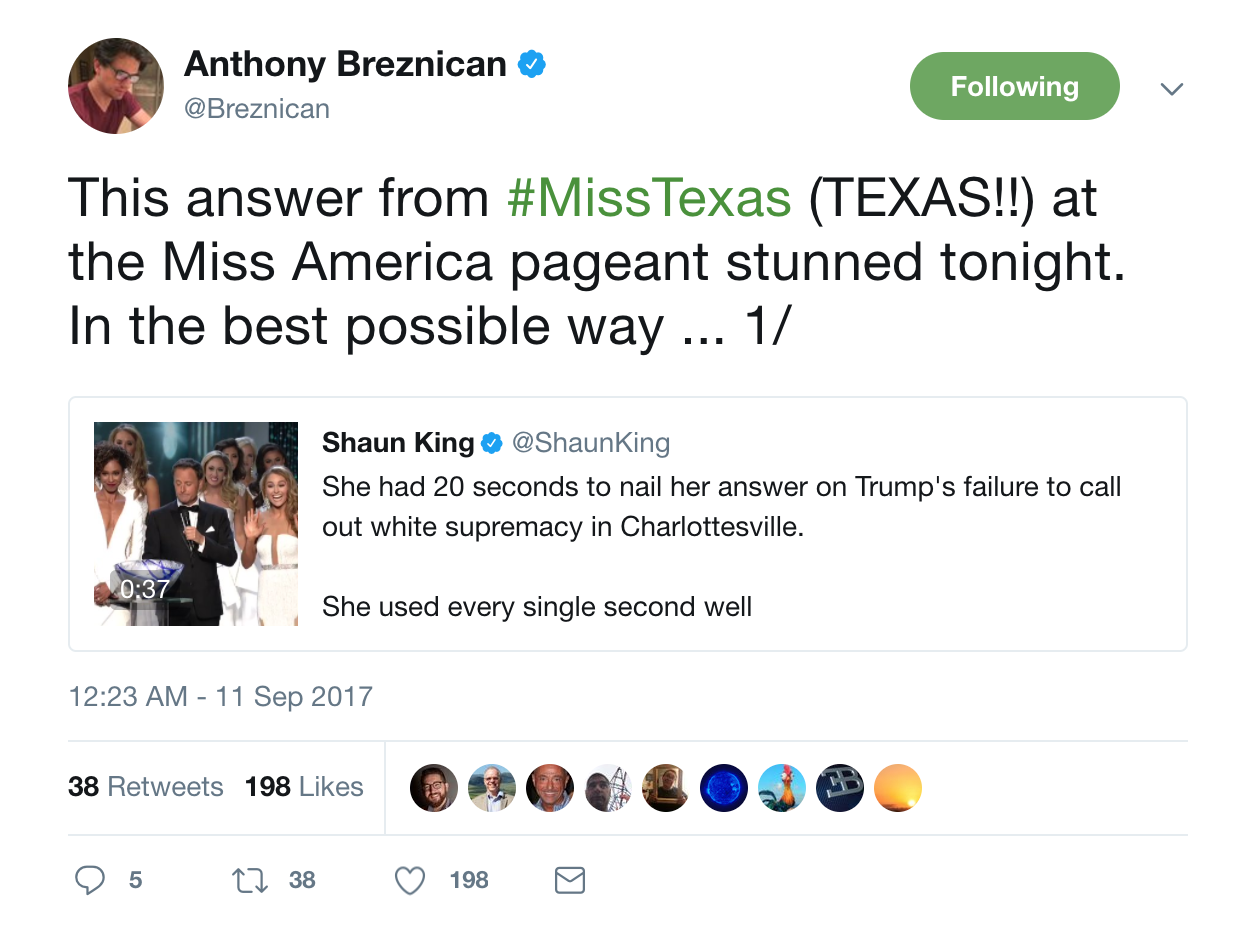 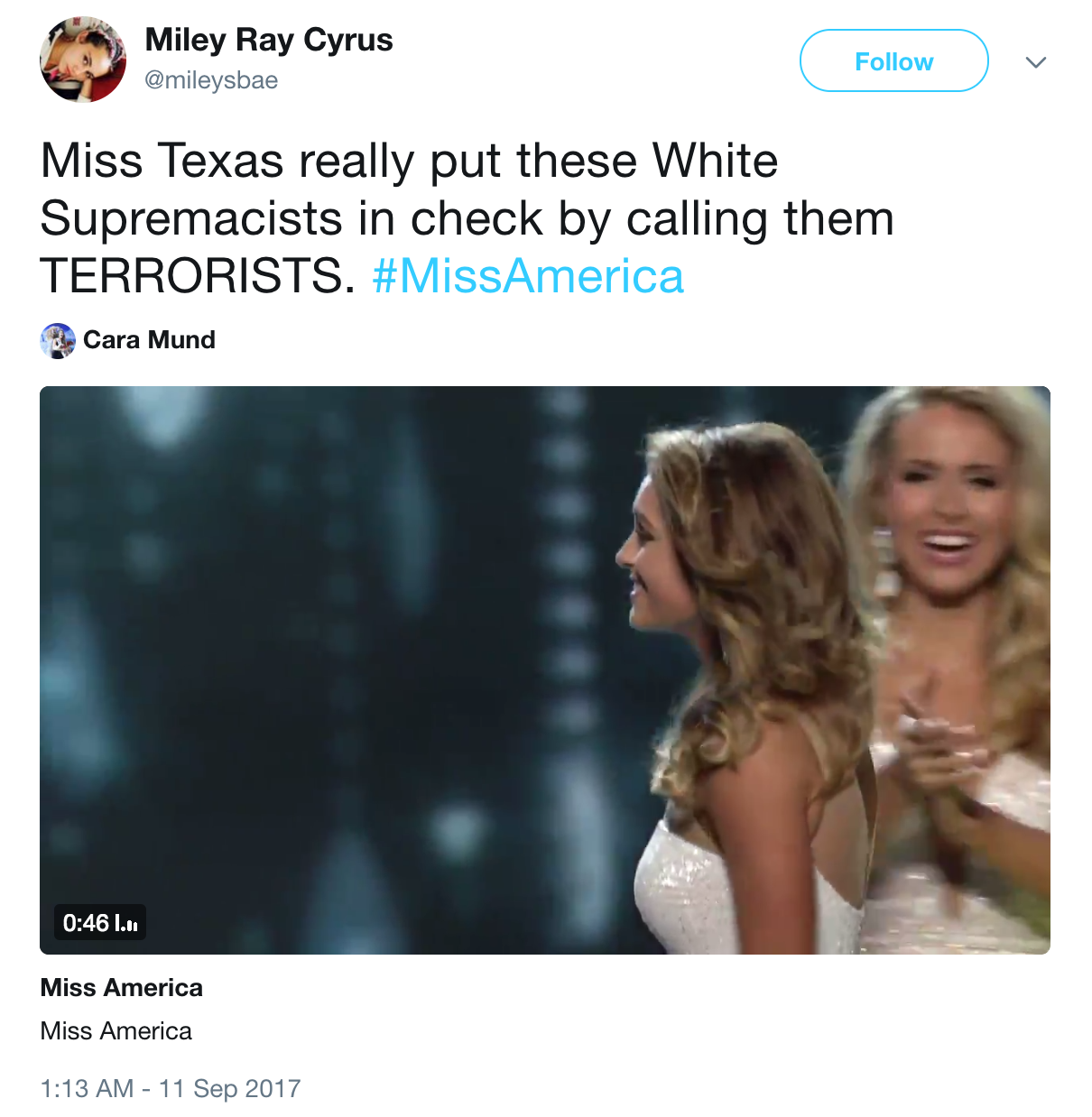 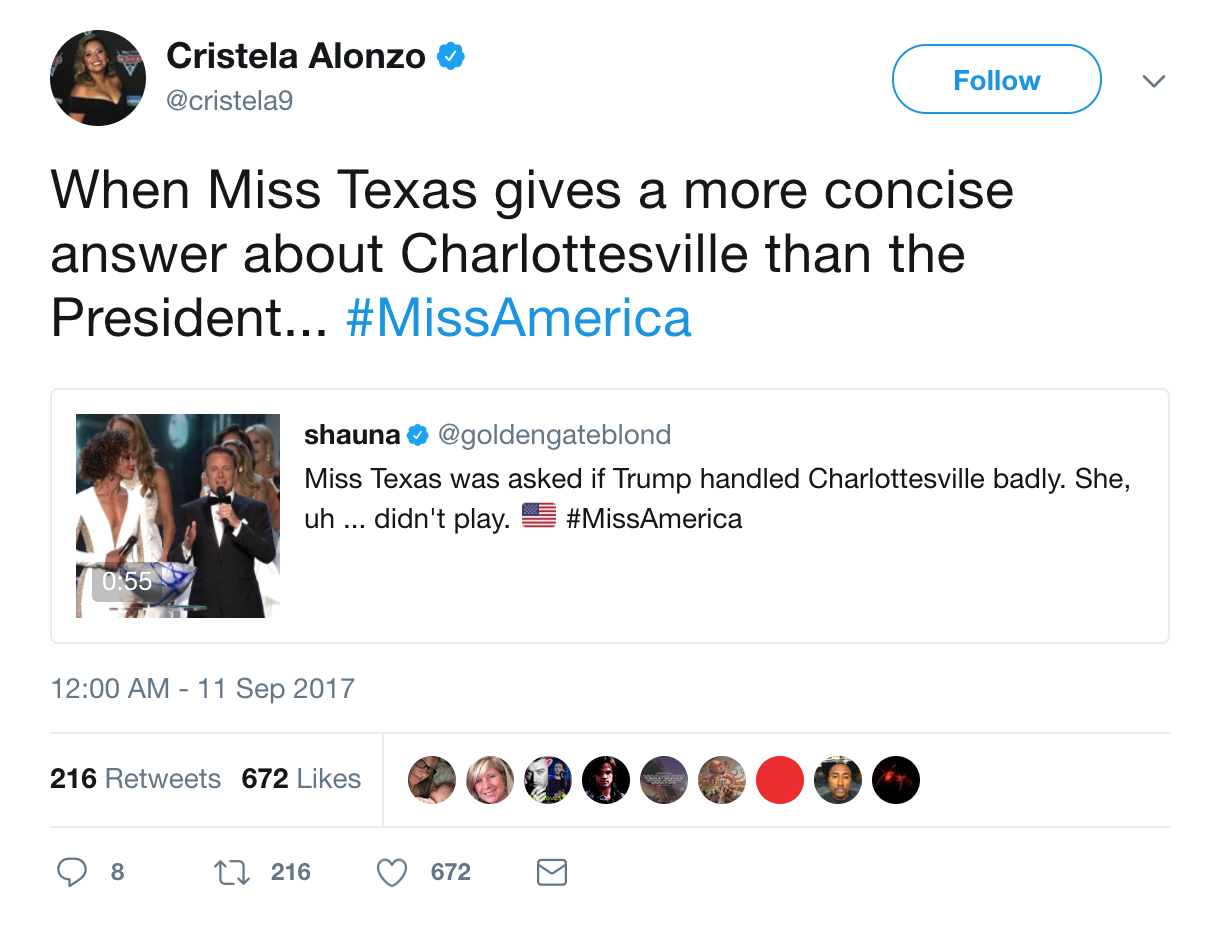 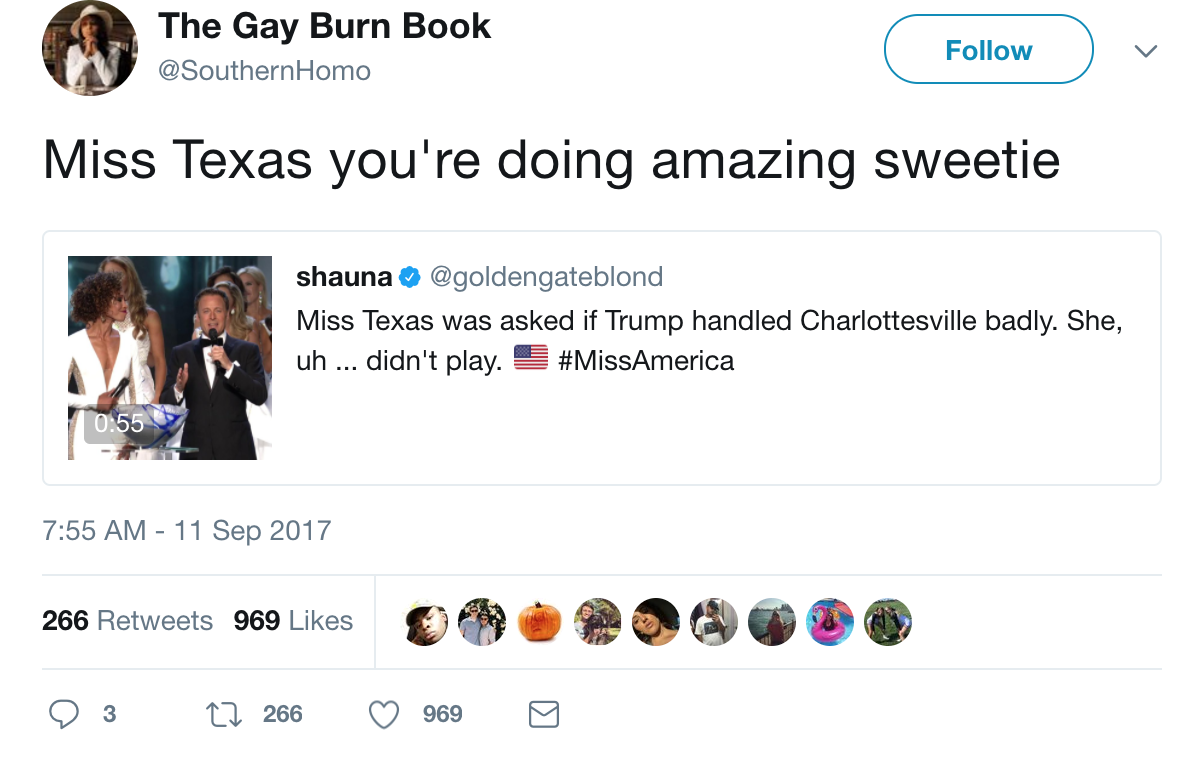 While Wood’s answer has snatched everyone’s wigs, it wasn’t enough to snatch the crown. She lost the competition to Cara Mund, aka Miss North Dakota.