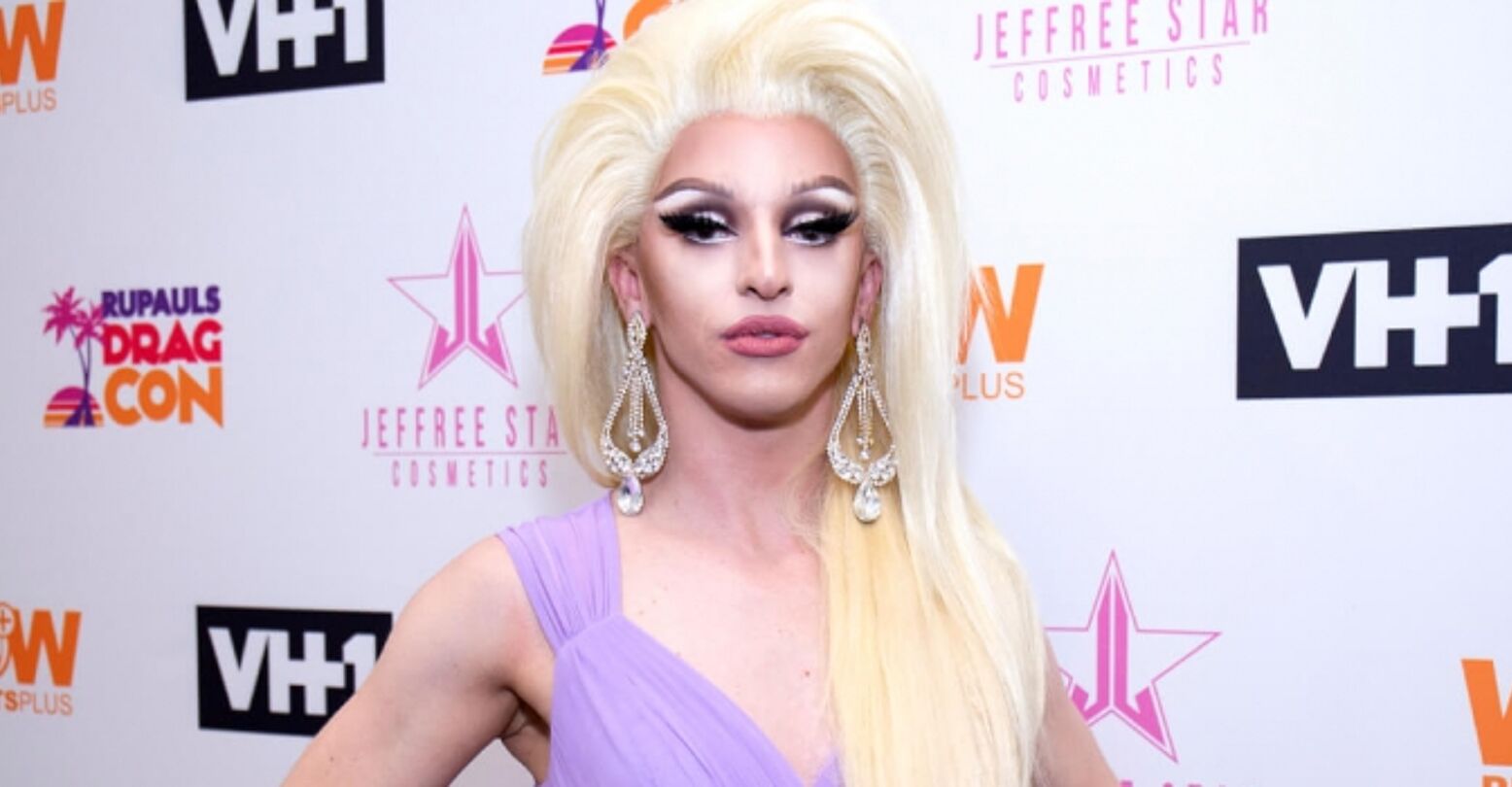 Tonight, most of the Drag Race is in mourning as fan favorite Miz Cracker was unceremoniously forced to sashay away for not properly dealing with her inner saboteur in the “Evil Twin” challenge. Both Cracker and Kameron Michaels offered middling lip syncs to the Vanity 6’s “Nasty Girl” and, though Michaels found herself in the bottom 3 times, her bicycle kicks let her live another day and Cracker was chopped.

The night’s maxi challenge tested the queens in a way the show has never seen before. Beyond turning a look and earning a laugh, the queens were forced to deal with their inner demons for television and make a look for their evil twins or inner saboteurs. When Cracker didn’t dive deep enough into her self-defeating ways, RuPaul got angry in a way that she hadn’t since she yelled at the Season 7 queens for their awful Shakesqueer performances.

RuPaul’s decision to eliminate Cracker may not be understandable, but her anger is somewhat. All of Cracker’s momentum was frontloaded: she rocked the talking heads, ended up in the top 3 for several early challenges and won a huge, early lead in fandom that’s stuck with her through the season.

The numbers don’t lie: Miz Cracker is one of the most popular contestants of RuPaul’s Drag Race Season 10. She’s the second most-followed queen on Instagram, behind “looks” queen Aquaria and the most followed Season 10 queen on Twitter, where she has about 30,000 more followers than any other contestant.

While Cracker is a great queen and a very good Drag Race contestant, it’s hard to look at her fandom and not see that she benefits from a lot of the white comedy queens who have come before her. Like a saltine without edges, Cracker goes down easy. And in the current iteration of the Drag Race fandom, which has been groomed since Season 7 to favor funny, white, high-concept queens, Cracker was bound for beloved territory. 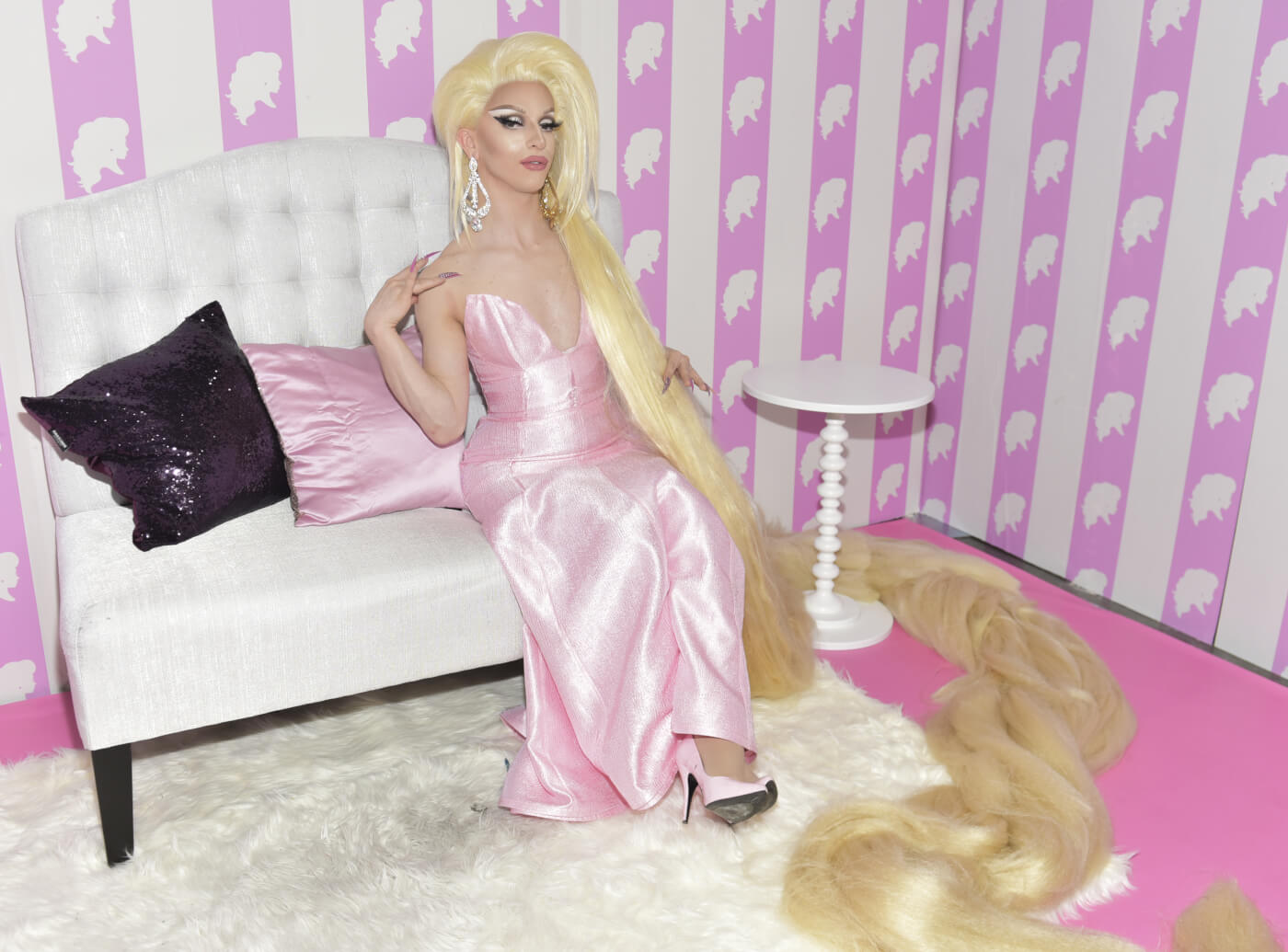 Cracker walked into the room looking like she was ready to win. More than any other queen, she best understood her brand. She was, to quote the queen herself, “thin, white and salty.” She screamed “It’s time for dinner!” harking back to some of her classic social media videos and her camera time got a welcome boost from some well-manufactured, but ultimately unexplored beef between her and Aquaria.

The New York City queen, and Bob the Drag Queen’s drag daughter, exists in a long lineage of well-liked, congenial white comedy queens who have captured the hearts of the show’s core fandom. Early on, Season 2’s Pandora Boxx gained popularity for her comedy chops and, of course, her spot-on Carol Channing impression. Her personality and the fact that she never won a challenge earned her a “robbed” narrative and the title of Miss Congeniality. After Pandora came queens like BendelaCreme, Katya, Thorgy Thor and Trixie Mattel.

Cracker’s character exists somewhere at the nexus of all these queens. She’s Pandora with bite; she’s a tangier BendelaCreme. Like Thorgy Thor or Katya, Cracker can’t seem to get out of her head. But Cracker was no clown and she’s no manic genius like Season 7 fan-favorite Katya.

That Cracker came off so unique is a testament to the immense room for individuality we give white comedy queens. Though a lot of their personality quirks overlap (as any two queens’ personalities can), they’re all heralded as highly individual, totally unique, never been done before. You get it.

This stands in contrast to black queens who, as many of the eliminated black queens have said in interviews, are often considered to be completely alike. And black queens are consistently denied the opportunity to be seen as comedy queens. During All Stars 3, Ross Matthews mentioned that he couldn’t see Kennedy Davenport as a comedy queen, despite the fact that she won both Snatch Game and a parody music video challenge during Season 7 and The Bitchelor challenge during All Stars 3. Most people would point to Cracker as the comedy queen of the season, even if Monique Heart served laughs in her on-camera commentary and Asia won two comedic acting challenges.

To say that Cracker seems like a melange of other queens doesn’t mean that she isn’t unique. But she filled a slot often relegated to a queen for the fandom to love. Her edit was sloppy, but it was all positive. While editing really zeroed in on the revolutionary, intellectual queen The Vixen as the villain, Miz Cracker wore several heroic hats: a weirdo, a comedy queen, an underdog — you name it.

Though the show hinted at an early beef with Aquaria, that tension ultimately deflated. And yes, she was funny, but she was too cerebral for the broad comedy that BendelaCreme, Thorgy Thor, and Pandora could accomplish. In challenges, Aquaria often came off as funnier. And several times throughout the competition, Michelle Visage labeled Miz Cracker a “weirdo,” but when did she ever come off as truly wacky as Thorgy, BendelaCreme, or Katya?

In a lot of ways, Cracker was robbed of one thing: an edit that truly reflected who she was. Cracker, like The Vixen — and several other Season 10 queens — was a personality who did not fit comfortably into a reality television box. But, tissue paper in hand, Drag Race editors tried to box her in any way, even if it didn’t always fit with what Cracker had presented in the past.

Prior to her run on the show, Cracker was an intellectual queen, a persona the show scrapped, which is strange given Sasha Velour’s Season 9 triumph. Her slew of articles in Slate, especially her article about Call Me By Your Name, went mega-viral and created discourse in queer circles. And in her “Review With a Jew” series, she’s not Katya or Trixie Mattel on “UNHhhh.”

There’s a lot to love about Cracker. Her second-guessing nature is ultimately very relatable and her fashion is a cut above many of the other comedy queens. And this isn’t an indictment of Cracker’s popularity, her performance or a comment on whether or not she was robbed. But the show consistently tried in its editing to make Miz Cracker a queen that would remind you of all the queens you love, a move that was ultimately a disservice to Cracker, who deserved to be herself.