Prior to the competition, Jansen wrote a blog post about why he wanted to compete.

“I’m 44 years old, and I’m post-everything. I had my last surgery, metoidioplasty in 2014, and I documented the whole process on YouTube,” he wrote. “I’ve been involved with transgender activism here in Denmark, and we’ve had some succes[s]. For instance, castration is no longer a requirement for legal gender change and we have also managed to get ourselves reclassified in the medical diagnostic journals, so we are no longer classified as having a mental disorder.”

He continued: “I’ve stepped away from activism for a while, but now I am ready to throw myself back in. Being a gay man is not easy for me. I find myself at the bottom of a hierarchy that often makes me feel like I have no place in the gay community. I often feel invisible and excluded. A gay man is desirable if he is young, muscular and cisgender, and I am neither of these things. I would very much like to talk about this topic, because I don’t think I am the only one who is suffering in this system. What I really hope is that by standing up and speaking my truth, I will be able to reach others who really need to hear it.”

There were several portions of the competition that culminated in this win. Jansen won the exam section where finalists were tested on LGBTQ history. He also won the fan vote from readers of Out & About, a Danish LGBTQ magazine. Finally, he won Mr. Congeniality.

This year is also unique for the fact that the Mr. Gay Denmark competition got rid of the swimwear category. They wanted to make an effort to focus on the values of the participants over their physical appearance. 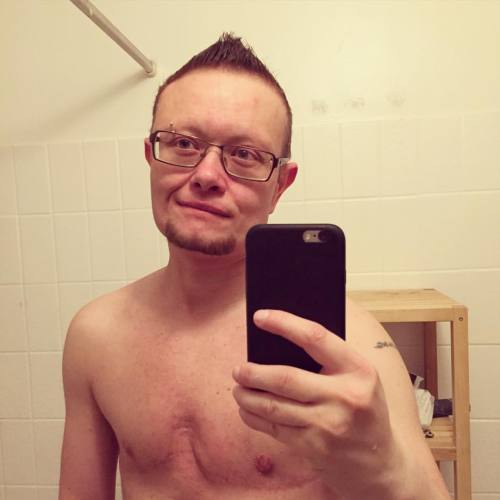 According to Out and About, Jansen had a lot of doubts about entering this competition because of the treatment that trans gay people receive in the community. Beyond just entering the competition, during the presentation portion, Jansen presented a nude picture of himself, which resulted in a standing ovation.

The first ever trans winner of Mr. Gay was awarded in Philadelphia in 2014 to Lou Cutler. Now Jansen will represent Denmark when he competes in Mr. Gay Europe, which takes place in Poland from August 4th to the 12th.