While ballroom is about family and personal connection, it is also a veritable industry. Sure, the members of this scene find success in the “mainstream” as DJs, producers, dancers and more, but also, having a name within this subculture can be quite a big deal. It is essentially a multi-national industry with houses and balls all around the world.

In Paris is Burning, Willi Ninja said he aspired to make “The real Paris burn,” by taking the scene there and opening a house. In the two decades since, after that community began to form, Paris has been called the second biggest ballroom scene by some, following New York. But ballroom is much larger than that: in Kiki, the cast who are in the kiki subculture of ballroom,went to Ireland. Just this month, the Madrid ballroom scene celebrated five years in operation and balls are also held in places like Tokyo, Milan and more. This is ballroom in 2018; an international phenomenon. 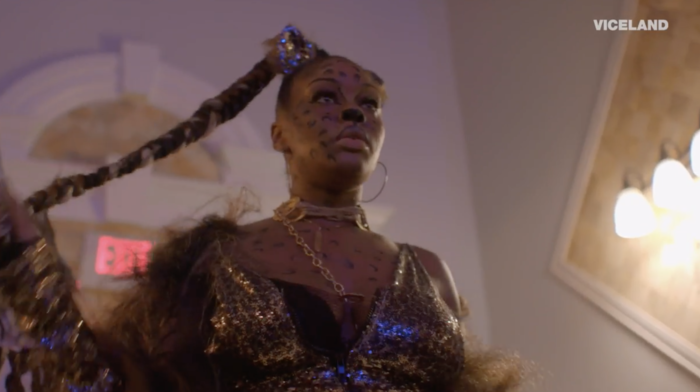 This week’s episode of My House began to show that traveling aspect in process and how an up and coming voguer puts it to work. Cast members head to Philadelphia to compete in the 23rd Annual Dorian Corey Awards Ball, named for the patient matriarch who taught many of us the ballroom terms we know today. The Ball itself was started in the wake of her 1993 death and has become one of the most important ballroom events in the city. Lolita Balenciaga and Jelani Mizrahi both attend to compete while Tati 007 hoped to network.

In an interview with the House of Lanvin, the business side of the scene is put on display. To woo Tati into possibly joining the legendary house other houses like Prodigy and Saint Laurentare also also vying for her attention a few of the members tell her what they can offer. Amongst the things? A glam squad that can help her with her looks for various upcoming balls for the year. But it’s more than that it’s also about branding and helping her get to the place she wants to be.

At the ball, Lolita and Jelani compete walking runway and realness. With $500 cash prizes on the line the competition gets understandably heated. But more than the money for some, is the ability to make a moment, or do something memorable at the ball. Becoming a standout and known, particularly in a variety of cities, is necessary in getting deemed a statement or a star, titles that could eventually get the most talented of walkers with named a legend or an icon. Those titles are all community recognition for some level of achievement.

It’s clear by now why having a house is beneficial when it comes to competition. Early in the episode Lolita gets help from other Balenciaga house members with tips and pointers on how to walk a category, sell a theme and overcome her nerves. And when she’s finally on the floor, the echo of “Balenciaga,” an echo that Tati has mentioned missing since leaving the House of Mugler, no doubt gives her a bit of extra confidence. It’s her own support system, egging her on, letting her know she’s not alone.

Sure, ballroom houses are a family, but they are also a team in the increasingly large competition that is ballroom.

Watch My House on VICELAND on Wednesdays at 10:30pm EST or stream it online.

Read about how members of the ballroom scene are increasingly taking their talents mainstream, how vogue nights play into the overall community and more in our My House recaps.