Nakhane’s past is well-documented. The acclaimed musician was born in Alice, a small town nestled away in South Africa’s eastern cape, raised in Port Elizabeth by his auntie – who adopted him early on and whom he refers to as ‘mom’ – and later moved to Johannesburg at 15 years old. He was raised Christian but became an apostate, renouncing his faith and speaking of the trappings he felt as a queer man within Christianity.

And while his story is layered, complex and often fraught with pain, but now – just weeks after celebrating his landmark 30th birthday – Nakhane is making an effort to look back through rose-tinted glasses.

“Recently I’ve been trying to find some positivity,” he explains via Skype from a hotel room in Brussels. “I know I was loved, at least. Maybe not by the people who were supposed to love me, but I was loved nonetheless.”

He feels able to do this only after years of reopening old wounds to write upcoming album You Will Not Die, a record which fuses electronic soundscapes with searingly honest lyrics and licks of the choral music he was raised with.

“You walk through fire to get these motherfucking songs,” he laughs, alluding to both the catharsis and the necessity of making such a personal album.

It’s clear he takes his art seriously, but that’s not to say he takes himself seriously. In fact, the opposite seems true: he laughs and mocks himself often, offsetting intellectual statements with well-timed jokes. 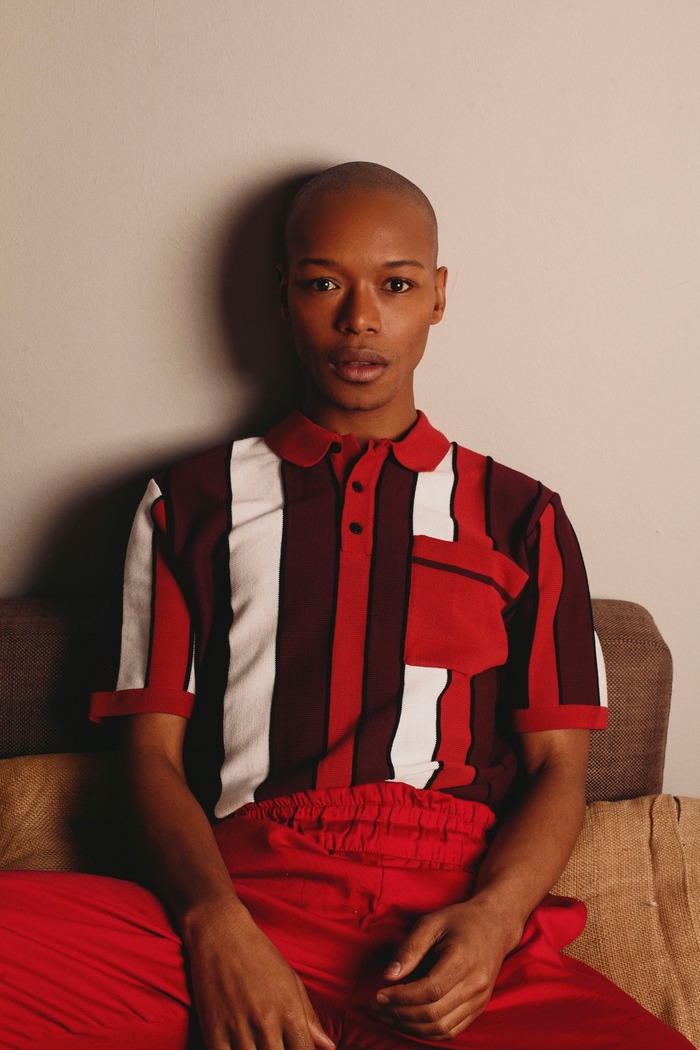 Nakhane is also open about his desire for success, describing the term ‘selling out’ as one which comes from a place of privilege: “Well, who are the ones who can afford not to sell out? It’s like when Patti Smith became successful and the punks called her a sell-out. It’s ridiculous. Don’t want profit? Don’t record the music! Don’t shit on other people, too – why do people have to diss Britney Spears just because they like metal music?”

In a sense, he embraces pop. Despite not creating with money in mind, it’s undeniable that You Will Not Die, with its infectious melodies and joyful hooks, is more ‘pop’ than its acoustic predecessor Brave Confusion. He recalls telling his producer he wanted a combination of “something that sounded like the second half of David Bowie’s Low” and the South African musicians he loves, so decided to make a playlist – which can be heard below – to help. Laughing, he recalls the response: “OK, got it. Let’s go and make some pop music!”

He cites a desire to create an “electronic singer-songwriter album” propelled by synths and drum machines, as well as an urge to interrogate the notion of ‘authenticity’ in music. “The words ‘singer-songwriter’ conjure up images of bearded white musicians with ukuleles,” he chuckles. “For a long time in South Africa, especially when I started out, that was seen as ‘authentic’ music, and I didn’t tick any of those boxes.”

A history of breaking with convention runs in the family. “‘Star Red’ was the first song we recorded, and that became the album blueprint,” he says of the song, written about his grandmother. “She was the original bad bitch! She was an alcoholic and she smoked, and those were things you just didn’t do. Think about it – this was Apartheid South Africa, and here was a black woman from a rural area smoking, drinking and fucking unashamedly. That’s revolutionary.”

Nakhane learned to be similarly unapologetic from a young age, joking that he would respond to boys asking to suck his dick as an insult with a playful “where do you want to go?“ “There’s a really beautiful line in HBO adaptation of Angels in America when Al Pacino says, ‘it’s difficult to destroy something that knows itself.’ I remember being struck by how beautiful that was; it stuck with me.” 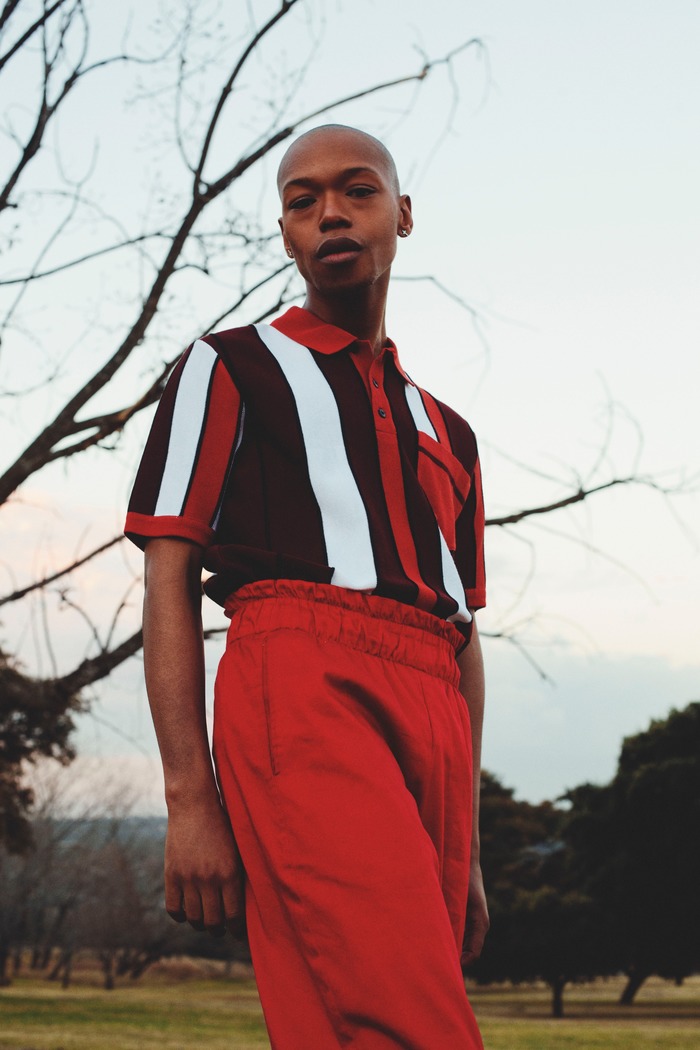 Although he fought off homophobia at school, his recent starring role in ‘The Wound’, a gay love story set in an initiation school for Xhosa boys, was met with religious protests and, essentially, a ban which has now been lifted.

In an emotionally-charged Instagram post at the time, he nodded back to the discrimination he faced as a queer Xhosa boy: “I don’t know what to do with what I love, but doesn’t love me,” he wrote. “You’ll rip our paintings and photographs off walls, but we will not go anywhere. We will still be here even if you think you’ve won.”

“There’s still a stigma around being black, South Africa, Xhosa, queer,” the artist told INTO. “These are all taboos, so it’s like you have to keep kicking down these doors. It’s important to do that, because when I was young, there was nobody that looked like me in the media.”

And this reality not only made him feel incredibly alone as a young person but it now fuels his work today.

“That really fucked me up, so I feel like if I can afford to be a visible queer people then I should be. Some people can’t afford to, because they might get murdered, so those of us who can, should.”

However ironically as of late, queerness in the music industry has become more profitable than ever: PR reps throw around ‘queer’ as a buzzword frequently, offering little context to justify its use. Nakhane, on the other hand, embodies queerness with his inherent fluidity and desire to disrupt. 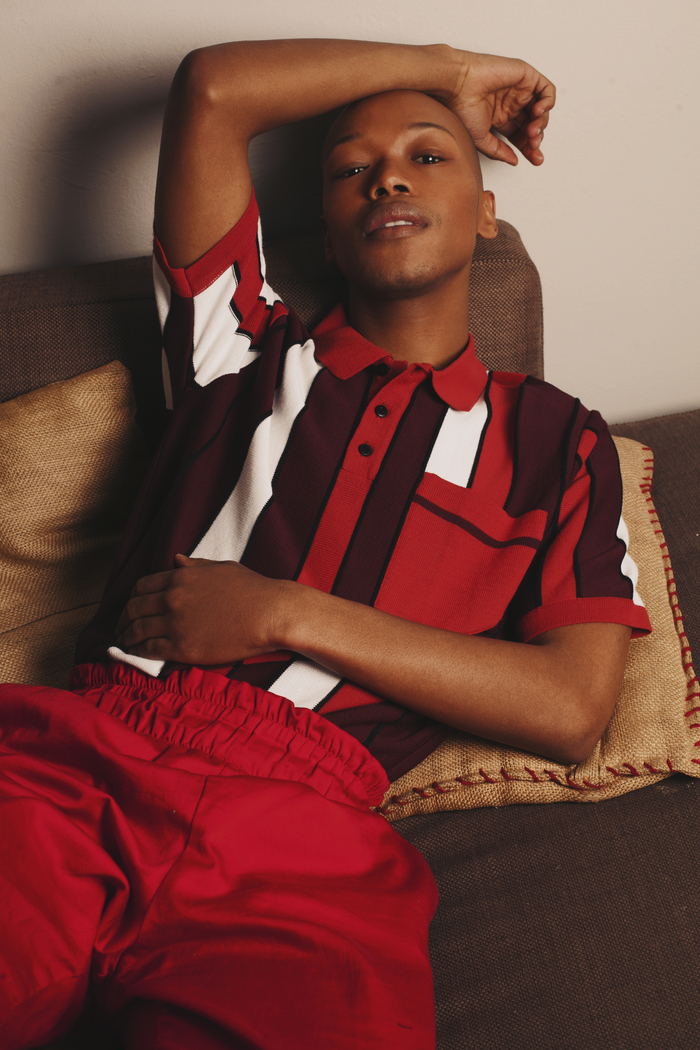 “You know how I said I was making amends?” He asks me coyly, as though a smile is playing on his lips. “The last person I saw was a guy who saw me leaving the church as confirmation I was going to hell. I met him. I was showing him pictures of my recent work and he said, ‘Oh, I can’t handle it – it’s too gay!’”

“I think he wanted me to be offended, but if anything I was proud,” he continued. “I don’t want you to feel comfortable: I want you to know that queer people exist. That I exist. If my performance, my body, my photography make you uncomfortable, then I’ve done my job.”

Visibility may be a double-edged sword, but Nakhane describes the term ‘realness’ as proof that queer people have long been forced to blend for self-protection. He points to the religious protests which followed ‘The Wound’ as an example: “That used to hurt me,” he admits, “but Christianity was never mine – it was brought to me by people who wanted land, resources, gold. I look at it through that colonial lens and it’s ugly, but nothing is completely evil. In fact, the poetry in the Bible is almost unparalleled.”

He riffs on his Christian past throughout the album, finding catharsis in a construct which once made him miserable: “I choose to take what I want from it, and I feel I have the right to use it because it used me for so long.”

It’s clearly taken a while, but today Nakhane seems to be at peace with his past and excited for his future. After years spent rubbing salt in old wounds to yield ‘You Will Not Die’, he seems relieved to have the album out of his system.

And it even seems the pain was worth it, too – the album veers between soundscapes but remains cohesive, linked by a combination of introspective lyrics and joyous, almost utopian melodies.

The choruses are euphoric, his high notes extended and his message clear: no matter what the world throw his way, he won’t be beaten down.