Nathan Lee Graham might look familiar. If you’re a Broadway fanatic, you’d recognize him for his memorable roles in The Wild Party, Wig Out, or Priscilla, Queen of the Desert (as the Tina Turner-singing Miss Understanding). Or maybe you were into The Comeback, where he played Peter, costume designer to Valerie Cherish (aka Lisa Kudrow); or as Will Farrell’s dog-handler, Todd, in Zoolander. But in his new role on LA to Vegas, Graham is getting to show off his comedic chops every Tuesday night on Fox. The openly gay actor plays flight attendant Bernard Jasser, whose place in the mile high club is already solidified by the time we meet him and his crew.

“The straight characters are envious that whatever is going on in life, I’m still getting some,” Graham tells INTO of his on-screen love life.

Which is to say thatBernard is not the typical desexualized flamboyant gay bestie that is too often considered “diverse” casting on network television. Instead, Graham has the chance to riff on travel-related woes while also being fully accepted and embraced by his co-workers and passengers.

“I love that Bernard is irreverent but with a heart of goldor gold plated,” Graham jokes. “He takes no prisonershe is super proud of himself and that’s a big deal. Not apologizing for who you are, and at the same time, does his job.” 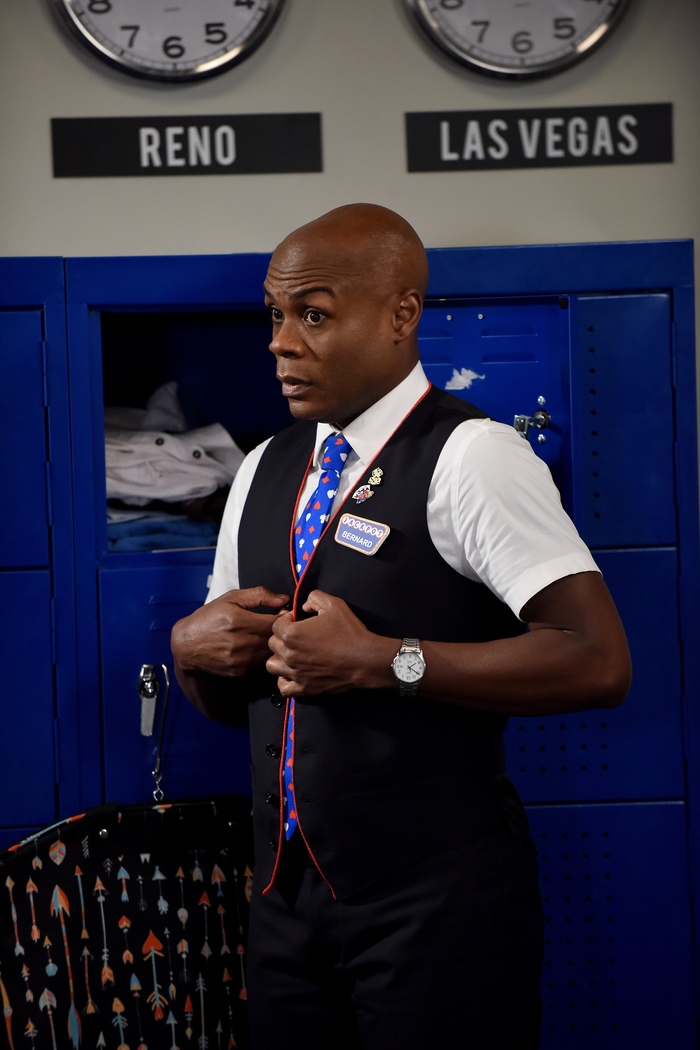 And while he’s seen himself on television, stage, and the big screen before, Graham finds this role particularly important because of its visibility.

“To have a fully actualized human being who happens to be gay in people’s living rooms once a week is still a big deal,” Graham says. “And to be a person of color doing that is also a big dealat least to me. Yes, I would love to get to a time where it wouldn’t be such a big deal, but we are not there yet.”

Just before getting the gig (he was brought in by Zoolander co-star and LA to Vegas Executive Producer Will Farrell), Graham was playing another important part. As Willie in The View Upstairs, the Grammy Award-winning performer was proud to be part of a production based on the real life tragedy that befell the queer patrons of the UpStairs Lounge in New Orleans in 1973.

Graham said the part helped solidify his want to play gay roles “that are at full dimension and fully actualized in real human beings” instead of stereotypes of gay men.

“No one wants to play them besides straight people who want to get awardsbut I want to play them,” he says. “So I started a long time ago, doing that, and I have to say back then, my friends were like ‘You are going to be pigeonholedyou shouldn’t do that’ and these are my gay friends and gay fellow artists. They were legitimately afraid and wanted me to work.”

Graham says his response to them was one he still believes in, despite any semblance of his career that might have been affected by his choices to play such queer roles.

“We exist in every element of society and every element of life, and we should actually be on every show that was ever created because that’s the way real life is,” he says. “So, I want to do this. I made a point of doing it and here we are. I’m really proud to represent and to show up and to be a professional and to do my job and to have roles written for me that I can do that I am proud of, and that people can look at and not be embarrassed to watch.” 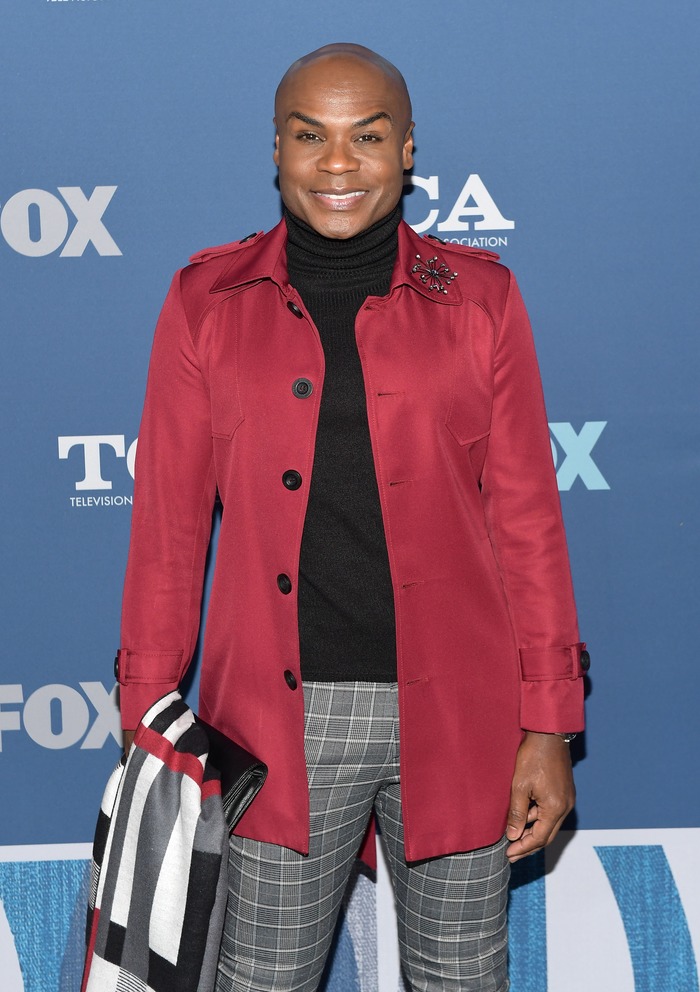 While LA to Vegas airs on the already quite queer-friendly Fox (former home to Glee and now GLAAD-nominated shows like Empire and Brooklyn-99), Graham doesn’t see his representation as being less necessary in 2018. Instead, he finds it more imperative than ever.

“During this climate where everyone is struggling to be noticed and counted and matter, and resist so much madness that is out thereand we all know what I am talking aboutit’s important to have the images for that kid who is in Shabooty, Mississippi and not in New York or here in Los Angeles or San Francisco or Chicago, who needs some help,” he says. “So if I can in a very small way do anything to make someone’s life a little easier for 22 minutes a week, I want to do that.”

Graham says his career has already been a blessing, with most of his goals reached and achieved. Next, he hopes to become the first gay super-villain in a Marvel comic.

“To kill people with style,” he says. “That would be really lovely.”