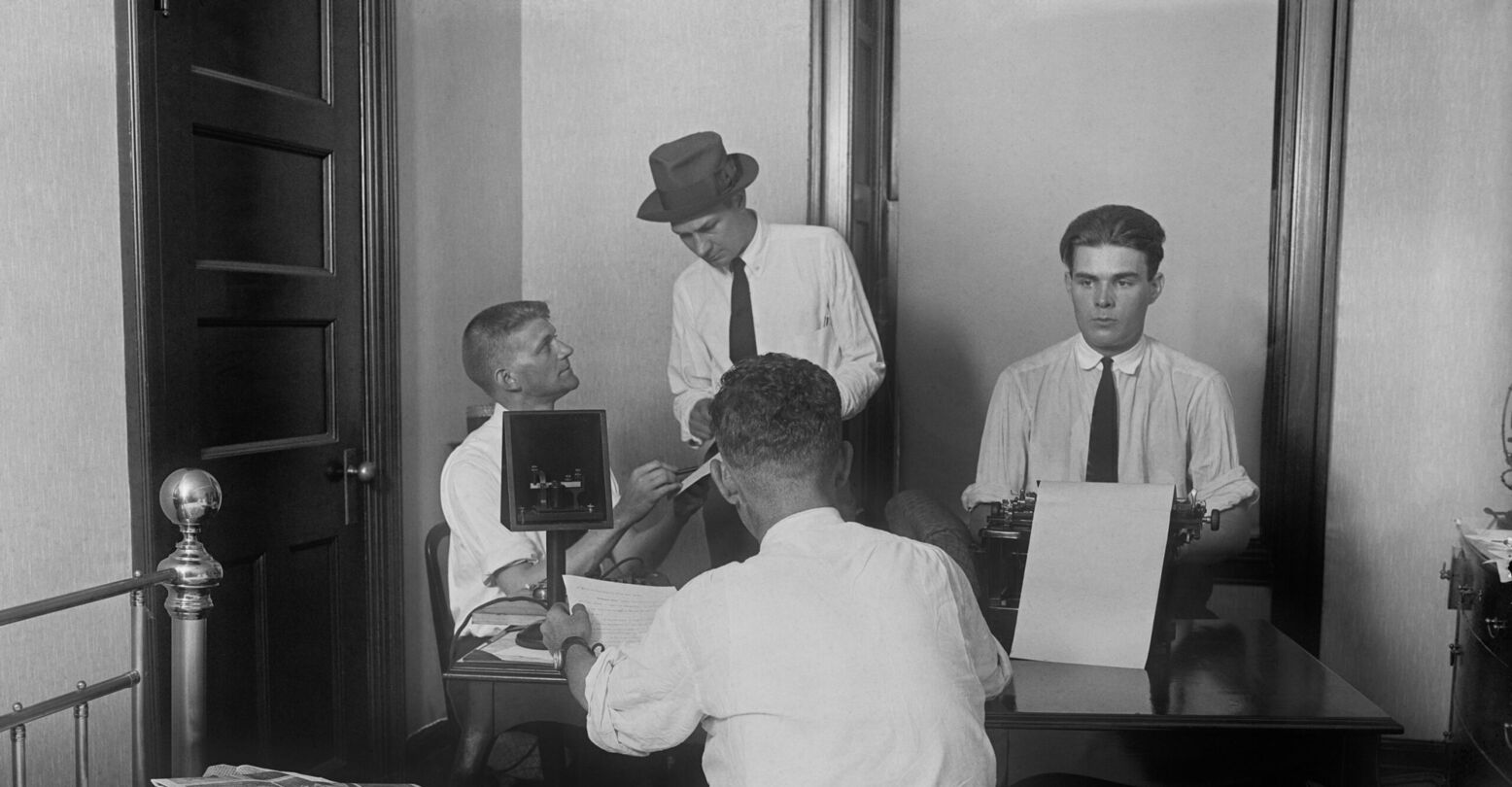 Perhaps even more than now, Washington D.C. in the Cold War era was a place of scandals and secrets, and it’s probably no surprise that includes a closeted gay history. Now, a recently released book by journalist James Kirchick, Secret City: The Hidden History of Gay Washington, promises to expose the queer underbelly at the heart of government during the last half-century.

The scope of Secret City covers the administration of FDR through the Clinton administration, and the book is meticulously researched, with over 100 of its 800 pages dedicated to sources. While it might seem like Secret City is dealing in salacious rumors, it reveals an aspect of gay history that has long been kept under wraps.

In an interview with The Advocate, Kirchick explains that it is no accident Secret City largely concerns the history of gay white men. “I do talk about lesbians, but women had very little political power during the Cold War era,” he says. “It was all about white men, and women didn’t have security clearances — therefore that didn’t put them on the FBI’s radar.” He adds, “Unlike gay men, women weren’t having sex in public places, and gay bars were far more likely to get raided than a lesbian bar.”

When asked which administration was the most homophobic, Kirchick singles out Richard Nixon. “His personal attitudes about homosexuality were quite malicious and vivid on his secret tapes,” he says. This includes the regular use of queerphobic slurs and an obsession with outing gay men in the government.

As for the most tolerant, Kirchick says, “This is pre-Clinton, of course, but it was John F. Kennedy. His lifelong best friend, Lem Billings, was gay. In fact, as a teen, Billings wrote Kennedy what amounts to a love letter. Kennedy rebuffed Billings, but saying, ‘I’m not that kind of boy.’ They remained close friends for the rest of their lives.”

“And Jackie [Kennedy] had a number of gay friends, including Truman Capote, Gore Vidal, and Joseph Alsop,” he continues. “And JFK was probably tolerant of homosexuality because he had a hidden, secret sex life as well, so he understood that men who had sexual secrets could be ruined.” JFK famously had an affair with Marilyn Monroe.

The onset of the AIDS crisis complicated the lives of gay government workers in the 80s, many of whom were forced to come out as a result of the illness. “It’s important to emphasize that homosexuality became a political issue in the 1980s with the rise of the Christian right, and the AIDS crisis really called out the duplicity,” Kirchick says. “There was a genuine fear of coming out because you were presumed to have AIDS.”

Twenty years after Kennedy, President Reagan was far less tolerant. His administration largely ignored the pandemic and whenever they did, they often blamed the victim’s so-called lifestyle choices. But being a Hollywood actor, Reagan and his wife Nancy had gay friends, including Rock Hudson. When Hudson died of AIDS-related causes, the statement put out by the Reagans purposefully omitted any allusion to their friendship.

“There was such hypocrisy,” Kirchick says. “Hudson had attended a White House event while he was sick, and he’s photographed hugging and kissing Nancy Reagan. The photo of that moment reveals a Kaposi sarcoma lesion on the back of Hudson’s neck.”

In spite of all the hypocrisy, many of the book’s subjects—in what small ways they could—attempted to influence the levers of power, all while living their lives within the closet. Kirchirk sums up the personal impact of researching this topic in an interview with The Guardian, “I feel enormous gratitude for the people who came before. For the people who went through this suffering so I wouldn’t have to.”