Maiden Voyage has all the makings of a classic children’s fairy tale. There are pirates and an evil queen, adventures on the high seas, and, of course, a love story.

But that love story is centered on an interracial lesbian couple.

Maiden Voyage aims to do what most LGBTQ children’s books don’t: make the gay part incidental.

“Sexuality cannot be the conflict because that’s just drawing attention to that being a problem,” author Chaz Harris tells INTO.

Generations of youth have benefited from the groundbreaking 1989 classic Heather Has Two Mommies, which portrays lesbian moms. Now, Harris and co-authors Jaimee Poipoi and Adam Reynolds aim to move beyond explaining queerness to kids. They want to feature queer characters in the adventures kids would want to read regardless.

“We have to make a story that stands on its own,” Harris says. “The selling point can’t just be that it’s a gay story.” 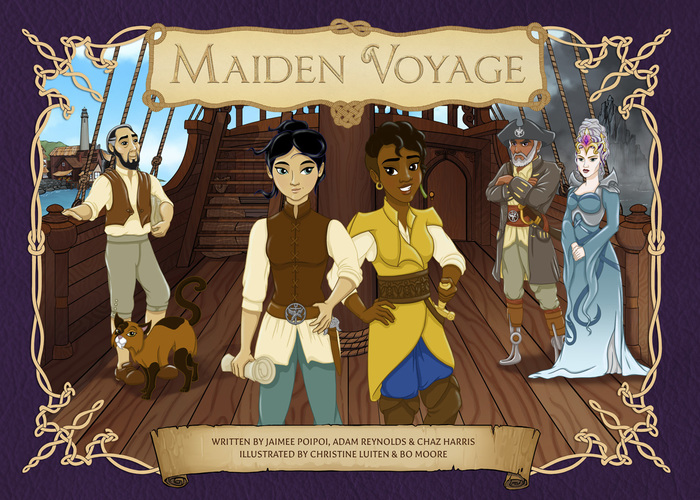 Maiden Voyage tells the story of a fisherman’s daughter and a female ship captain on the high seas. They must contend with a band of pirates under the spell of a wicked queen. Over the course of their adventure, they fall in love.

The book is the second from New Zealand authors Harris and Reynolds. Their first, Promised Land, featured a love story between two young men. Harris said after reading Promised Land, readers asked for a story with queer female characters.

The duo intentionally brought on Poipoi, who identifies as Takatāpui (a Māori term used to describe same-gender attraction), to write Maiden Voyage. They didn’t want to speak for queer women in writing the book.

“By collaborating with writers of other queer identities we’re hoping to continue filling the void of LGBTQ+ representation in children’s literature,” Harris says in press materials for the book. “If we exist in the world, we should exist in stories.”

Does that mean we can expect a transgender-themed fairy tale next?

“We’re already talking about that,” says Harris, adding that they have been talking about writers who might want to collaborate on the project.

Maiden Voyage is due out in mid-June and available for pre-order now.

The book has already received widespread attention. Actor Ian McKellen promoted a Kickstarter for its publication on his Facebook page last year.

“From every point-of-view, including artistically, it’s a beautiful book,” he wrote on Facebook. 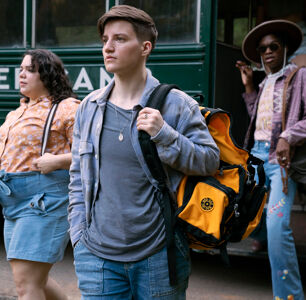