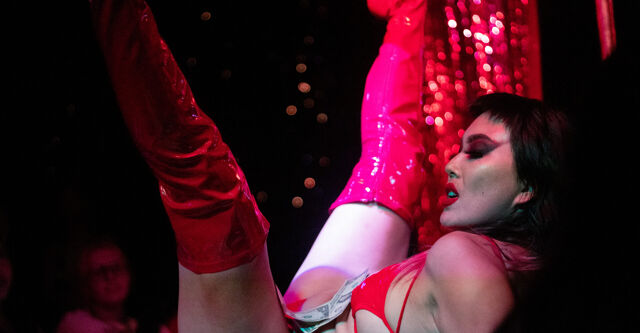 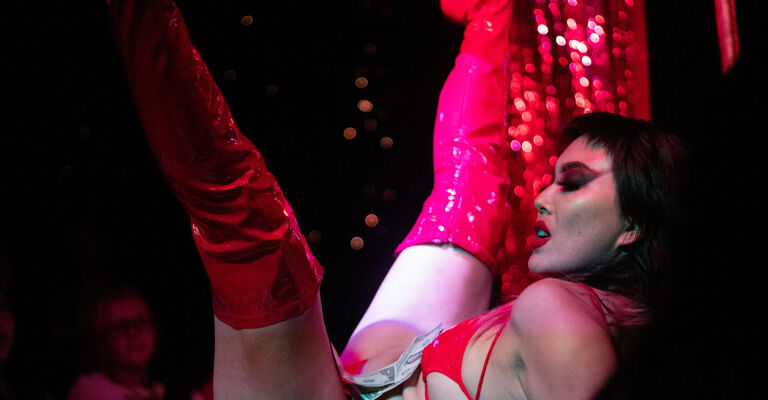 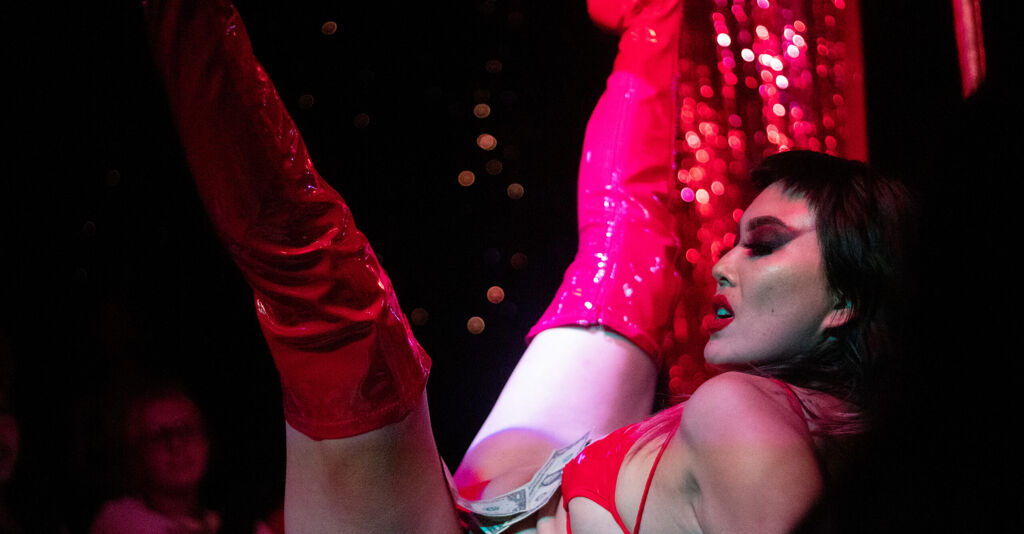 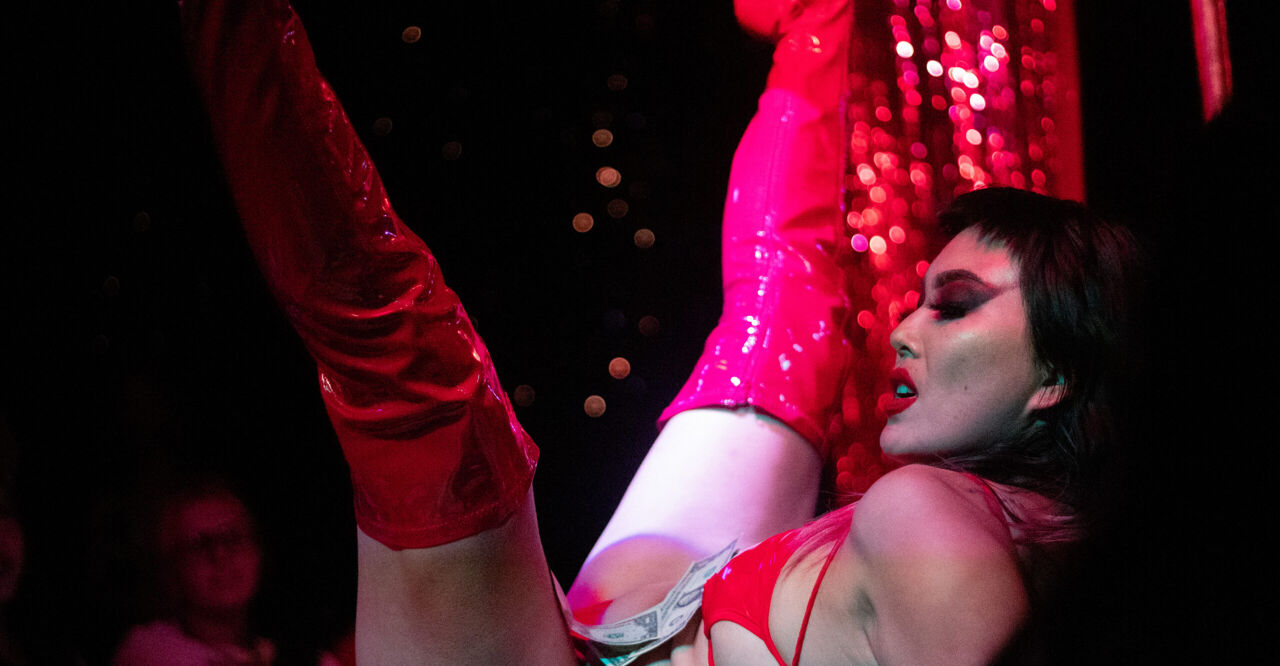 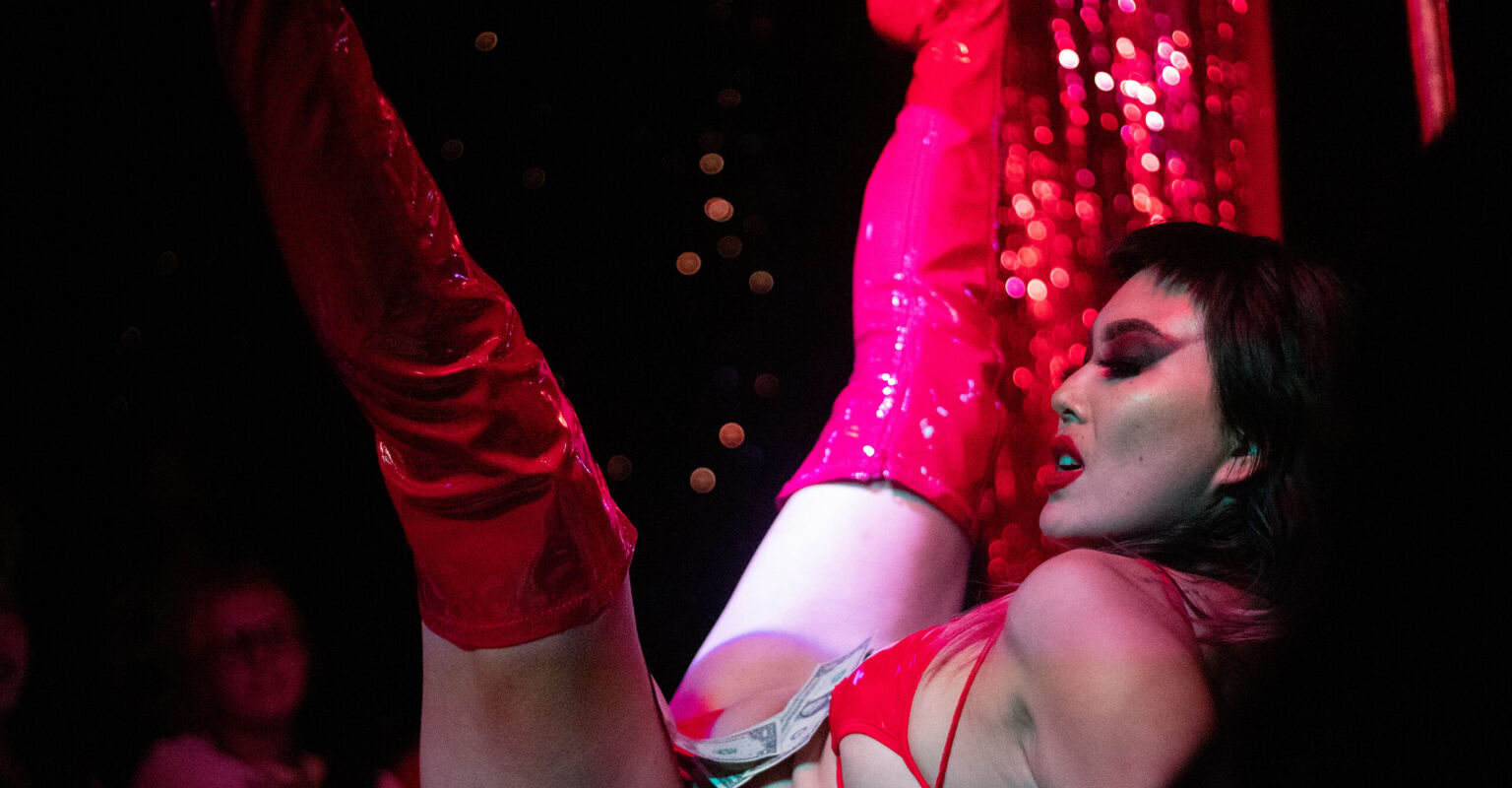 As the club begins to fill, so does the abundance of energy and joy. Under the lilac fluorescent lights, regulars reconnect and strangers are embraced. Tender exchanges of affection are common in this space. A shared exhilarated frequency makes its way around the dimly lit rooms the lights begin to lower.  A spotlight hits the center stage, the MC queues the music, introduces the first dancer of the night, and the crowd roars.

This is Alejandro night.

For the past few months, the Alejandro strip event has featured a gender-expansive lineup of trans, queer, and nonbinary dancers every second Wednesday of the month. Held at DTLA gay bar Precinct, Alejandro is an event that not only highlights the talents and presence of its dancers but also occupies a space where non-cis bodies and communities are embraced, liberated, and celebrated.

“For me, being on this stage is like my own space to be with, my body,” Park told INTO. “It’s just something that’s natural to me than doing too much rehearsal and everything.” As he started to become busier with additional creative projections and responsibilities, he reached out to Face for support.

Face had been a dancer at Alejandro for only the past few shows, yet Coyote knew from the beginning that dance was his passion. Face started dancing from the time he was 18 at regular cishet strip clubs, but stopped once he transitioned. Then, during a period of uncertainty, not knowing where the trajectory of his life was going yet still having this passion for dance, he found Alejandro.

“It’s ultimate trans joy, which is what we’re always trying to go for.”

“[Park] reached out to me. He knew how much of a passion Alejandro is to me and how dancing is important to me. So after maybe three or four months, he made me a resident dancer. He just reached out to me and said, ” Hey, you wanna take care of my baby?”

For its organizers, having a space like Alejandro helps build community while challenging the cishet status quo.

Each performance of that night was unique, with each dancer taking on a different, eclectic approach to the performance. The hips, arched backs, and ripples of their bodies were synchronous with the rhythm of the music. Splits fell into place instantly and effortlessly. Snake-like continuous spins took over the pole. Dancers made sultry and hypnotic movements to songs like “Do I Wanna Know” by the Artic Monkeys and “Video Girl” by FKA twigs.

For its organizers, having a space like Alejandro helps build community while challenging the cishet status quo.

When it came time for floor work, a few dancers slowly spread their legs open and snap them back together to make a satisfying whip noise. But the crowd’s reaction was even more joyous, somehow, and just as mesmerizing to witness. All the dancers were giving, and the crowd mirrored that, creating an intoxicating, sensual, and liberating synergy.

For performers such as Park and Tim Mick Raw, the space they use validates their bodies.

“I feel like a lot of my dance stuff is more connecting with other people in the space than too much focus on tricks,” Raw says. “I wanna be present with myself so that I can emotionally connect to others when I’m performing.”

All the dancers were giving, and the crowd mirrored that, creating an intoxicating, sensual, and liberating synergy.

“This feels like such a liberating space because I know I will be celebrated and seen in my identity by both my castmates and the crowd,” Raw said. “I think that is the best part. It’s just being a part of a group of people who love you, see you, and celebrate you. It’s ultimate trans joy, which is what we’re always trying to go for.”

And throughout the night, the joy grew: effortlessly, blissfully, and in abundance. According to Face, the work is just as rewarding for the dancers as it is for the crowd.

“I knew how important it was to me, but I didn’t realize how important it was to other people,” Face explained.  “Dancers reach out to me, saying that this really provided them the space that they needed. I don’t know what I would have done if I didn’t have Alejandro, but it really created a space of life, so I get joy off of just being able to have a space for people to be themselves. It’s so important. It’s the most important thing. It’s needed.”♦

Joey Harvey (they/them) is a journalist, creative writer, and poet. They have written for Queerty, LA Weekly, and was a former editor of TRASH MAG for 2 years.