Angel Lamere has just been released from juvenile detention at 18. Quickly, we learn she has a girlfriend she has not seen since she’s been inside, and that after her father went to prison for killing her mother, Angel (Dominique Fishback) and her younger sister Abby (Tatum Marilyn Hall) became wards of the state. Now, getting her sister back is a primary item on Angel’s to-do list — as is avenging her mother’s death.

While the premise alone categorizes Night Comes On as a revenge film, it’s really a story about a young woman’s journey to self-discovery and self-forgiveness, and about the bond between two sisters who have only each other to lean on. But most importantly, it’s a story about survival.

In her short life thus far, Angel has experienced loss, abuse, and abandonment. She’s reached such an advanced level of dissociation that she no longer thinks twice about using her body to get what she needs. There isn’t a lot that has gone right in her life; she’s got no home and no job. Her girlfriend has moved on in her time away, and now she has to deal with her murderous father potentially resuming care of her little sister, who is stuck in foster care. Angel has seen the worst at 18 years old and it shows. 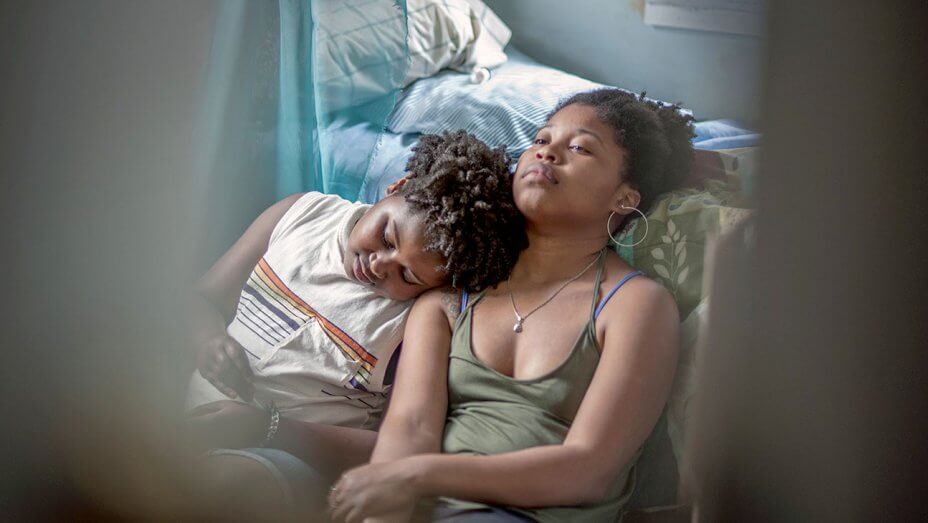 Set on finding her father, Angel brings her sister along in her search, as young Abby is the only one who can provide his location and will reveal it on the condition that she comes along. The result of this trip is much needed time together to reconnect and rediscover their love for each other. Through Abby, Angel reaffirms her worth and begins to see herself as more than just her poor decisions. She comes to realize that despite her shortcomings, somewhere within her there must be a glimmer of what her sister sees in her.

Reminiscent of Moonlight, Night Comes On is a portrait of someone — in this case, a Black queer woman — rarely displayed on screen, and reflects upon the universal experience of human connection. That Angel has a girlfriend isn’t an obstacle or a cause for concern, but it is an important revelation because Angel is a symbol of queer female strength. It’s an aspect made all the more powerful by placing the heroine of this particular story at the center of the ugly underbelly of the foster system, and the many dangers children, unfortunately, face during their time inside.

While the film tackles themes of sexual abuse, it is never gratuitous, thanks in large part to director Jordana Spiro’s focused vision, which never strays from the protagonist’s journey, and which in turn benefits from Spiro’s collaboration with co-writer Angelica Nwandu (largely known for being the founder of The Shade Room).

“I definitely pulled some form of my experiences for the authenticity of the experience,” Nwandy says of working on the screenplay. “But Jordana lent her experiences as well, to the character, and so it’s like a mix of the things that we’ve been going through as women.”

The film’s authenticity is certainly noteworthy, as are the performances from its young leads, who handle the emotionally demanding script with admirable genuineness, delivering some of the film’s more powerful scenes with raw vulnerability that never steers from the focal point, which is, in the end, the revitalizing connection of sisterhood.

Night Comes On is now streaming on Amazon, iTunes, and additional platforms.