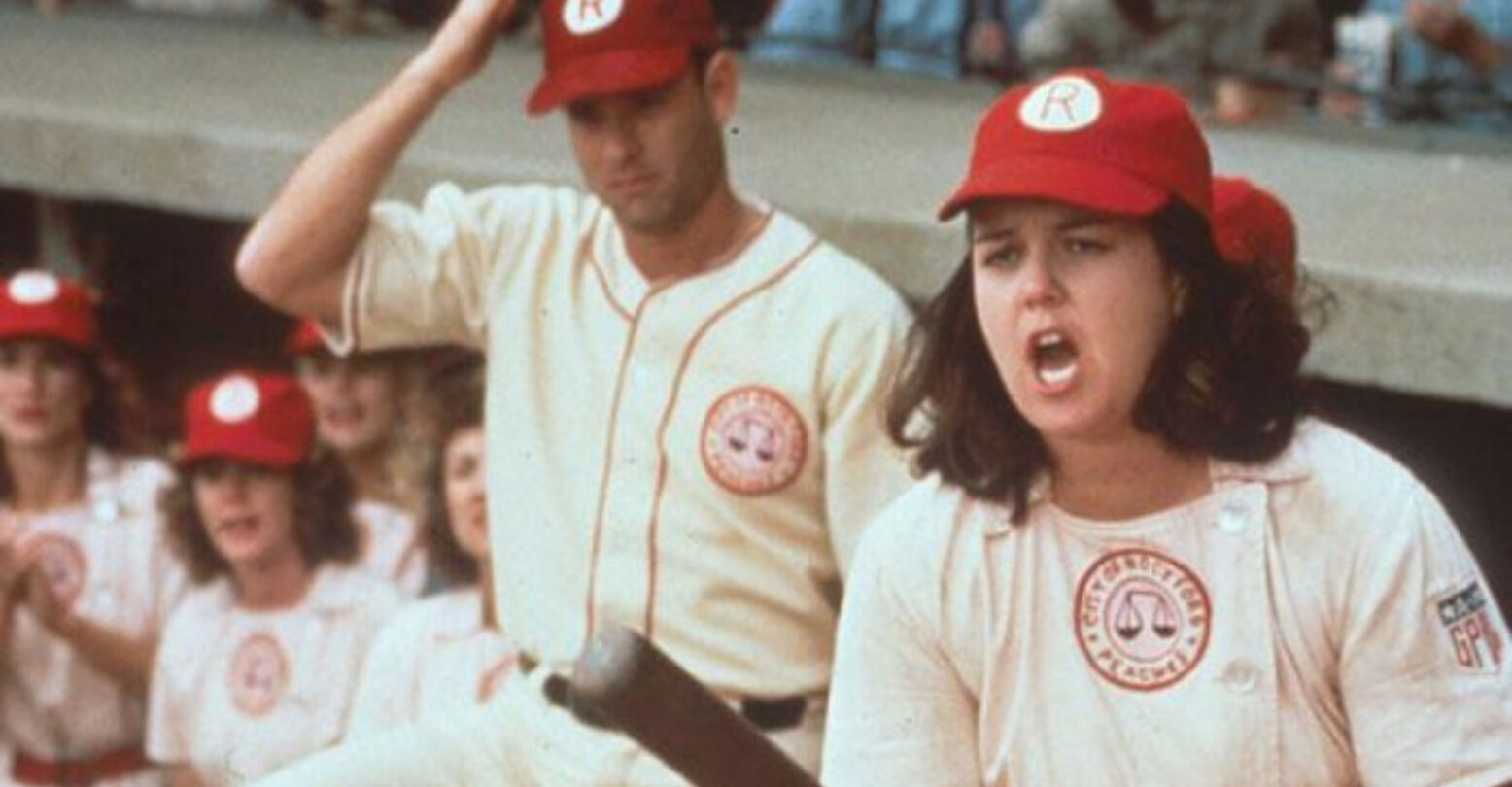 As you likely already know, comedian Michelle Wolf hosted this weekend’s White House Correspondent’s Dinner. The yearly is simultaneously a large public platform in which to garner new fans and a stage set to scrutinize politicians who will inevitably be roasted from the podium. Wolf, a former Daily Show correspondent whose Netflix series will debut later this month, delivered a 19-minute set filled with barbs that reached across both sides of the aisle; she also called out the mainstream media for helping Donald Trump get elected and subsequently profiting off of his Presidency.

But most complaintswhich were lobbied by conservatives and liberals alikeabout her scorched-earth monologue were not about her digs at Trump and the press corps, however. The discussion largely had to do with the comic’s treatment of Press Secretary Sarah Huckabee Sanderswhat some deemed as Wolf lambasting her physical appearance.

“I actually really like Sarah,” Wolf said at the dinner. “I think she’s very resourceful. But she burns facts and then she uses that ash to create a perfect smoky eye. Like maybe she’s born with it, maybe it’s lies. It’s probably lies.” 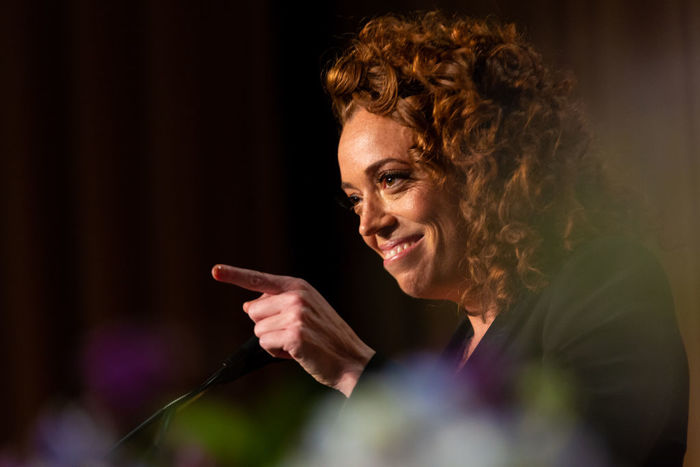 She went on: “Every time Sarah steps up to the podium, I get excited, because I’m not really sure what we’re going to geta press briefing, a bunch of lies, or divided into softball teams.”

While others focused on Wolf’s calling attention to Sanders’ “smoky eye,” GOP strategist Liz Mair went on MSNBC to criticize Wolf’s softball joke about Sanders. She said the comments were clearly “about Sarah Huckabee Sanders’s looks.”

“[I]t’s not a compliment,”Mair said. “It’s extremely hypocritical that we’re hearing from somebody of the left, [these] sort of lesbian, fat lesbian jokes when supposedly we’re not even supposed to be making those.”

“If you’re supposed to be writing a good comedy routine you better write jokes that people can understand and don’t think that you’re calling somebody a fat lesbian,” she later wrote.

But when did Wolf ever make a “fat lesbian” joke? The truth is, she didn’t. The only possible “lesbian” joke that Mair is referencing is the bit about softball, and that’s because some people see softball solely as a reference to lesbianism. As a lesbian who played softball in my adolescence, I consider myself an expert. And uponhearing the joke, I didn’t find it to be explicitly lesbian-centric. Outside of Mair and her conservative crew, Ionly saw one lesbian-identified person on Twitter who seemed to share that limitedview.

But without mentioning Sanders’ lookseven the “smoky eye” line was a comment on her politics, not her cosmeticsit appears as if the “fat lesbian” idea was something inferred by viewers who inserted that meaning themselves. There wasn’t any comment on size or sexuality but simply, softball.

So why is softball equated with lesbianism?

Well, it isn’t all of the timeand shouldn’t be, considering lesbians (sadly!) do not have the monopoly on women’s athletics as stereotypes might insinuate. For some reason, heterosexuals insist playing softball has a direct link to a woman’s sexual identity. In 2010, Associate Supreme Court Justice Elena Kagan fell victim to speculation about her sexual identity simply based on the fact she used to enjoy playing softball. (Kagan identifies as heterosexual.)

The stereotype, however, has a long history.

In the 1940s, women were allowed the opportunity to play organized sports for the first time, and softball was the summertime game of choice. The All-American Girls Professional Baseball Leagueon which A League of Their Own is basedran from 1943 until 1954, following the end of World War II. At the time, a rise in other “other forms of recreation and entertainment and the advent of televised major league games” led to its demise, as the AAGPBL explains. 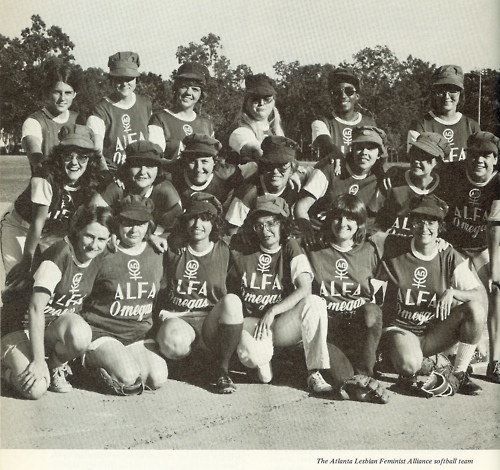 But women everywhere still wanted to play ball. In the book Breaking the Wave: Women, Their Organizations, and Feminism, 1945–1985, sports historian Susan Cahn says that “from at least the 1940s on, sport provided space for lesbians to gather and build a shared culture.” Softball and other team sports allowed for women to spend time together, building relationships that weren’t necessarily romantic, but that also had the potential to be.”

In the 1960s, Midwestern cities like Minneapolis-St. Paul, Minn., Chicago, Il., and Detroit, Mich. were home to lesbian-specific teams that utilized the civic spaces and public parks to build community outside of the bars. In her book Finding the Movement: Sexuality, Contested Space, and Feminist Activism, Finn Enke writes, “Prior to the 1970s, a women’s softball culture thrived as a civic ‘lesbian institution’ in public space in part because lesbian athletes played by the ‘don’t say it’ rule. Self-censorship allowed women’s public self-promotion as norm breakers.”

The ’70s saw lesbian-feminist softball teams began forming all over America, including the Mary Vazquez Softball League in Northampton, Mass., The Wilder Ones in Minneapolis, Minn., and The ALFA Omegas in Atlanta, Ga., as well as other city leagues in Washington, D.C., Lexington, Ky., and San Francisco, Calif.

Breaking the Wave quotes early Vazquez players on the leagues’ popularity. One participant says that “prior to the gay and lesbian liberation movement, softball provided a visible arena of lesbian community when other arenas were hidden, exclusive, or absent.” Meanwhile, former player Jean Grossholz said she appreciated that the league was “a place for people to get together and you didn’t have to be drinking, or anything, or smoking, or anything like that.

Grossholz added that players “didn’t have to be on the make,” meaning that a desire to hook up wasn’t a prerequisite for participation.

The softball leagues provided a safe space in the years that followed closely behind Stonewall, though at that time, many leagues were unofficially lesbian. Although some players were not publicly out at the jobs or to their families, others were openly and proudly lesbian (including The Wilder Ones). Continuing into the 1980s and ’90s when gay and lesbian bars became more popular and started to sponsor teams, some athletes found it easier to be outat least on the diamonddue to rising societal acceptance.

The idea that lesbians would be using civic spaces and public parks was continually radical, challenging heteronormative norms as well as second-wave feminist ideals. For all of these reasons, the phrase “softball player” (or, in this Wolf vs. Sanders case, “softball coach”) became synonymous with “lesbian.” For both out and closeted lesbians, it was a symbolic stand-in so community members didn’t have to say the L word. 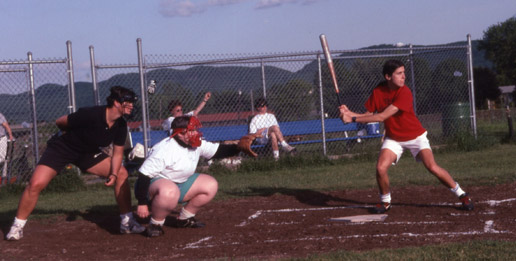 The evolution of a niche subset of a larger community into a universally applied stereotype has been frustrating for both straight and gay women alike. What’s sometimes referred to as a “joke” is often understood to be an insulta way to mock and demean women for not upholding heteronormative ideals of femininity.

In recent years, professional softball player Laura Lappin has been forced to discuss how her lesbianism factors into her gameplaywhich is to say, it doesn’t.

“[Being gay] was always talked about in a pretty negative way, I would say,” Lappin told ESPN. “I never really heard a lot of parents talking about it, but with teammates there were comments made, and I think that contributed to prolonging my ability to come to terms with my sexuality and be open about it. Hearing people talk about gay people or lesbians in a negative connotation was something that was pretty regular throughout high school and even in college.”

“Looking back, I think it was more of just the stereotype that all softball players are lesbians had something to do with it,” she added. “I think a lot of people either felt the need to defend their sexuality or to figure out other people’s sexuality.”

That stigma has been reinforced by pop culture. Films, television shows, and stand-up comics have made countless jokes about gay softball players over the years, and most of them are truly tired by now. Shows like Sex and the City, Curb Your Enthusiasm, and Family Guy all poked fun at lesbians in softball-themed episodes.

There’s no right way to make a “lesbian softball” joke, but some attempts are better than others. Recently on Late Night With Seth Meyers, the segment “Jokes Seth Can’t Tell” had host Meyers starting out with the set-up: “A Catholic school in Michigan recently fired their lesbian softball coach.” Out lesbian writer Jenny Hagel delivered the punchline: “I got news for that schoolyou replaced her with a lesbian softball coach.”

The joke was not in the joke itself, but in the fact that Meyers, a straight white man, can’t tell that joke, but Hagel, as a lesbian, can.

In a memorable 2017 episode of Fresh Off The Boat, the local lesbian bar hosts a softball team; the moment also serves as the opportunity for one of the sitcom’s characters, Nicole (Luna Blaise), to come out to her father (Ray Wise). The show, created by out lesbian Nahnatchka Khan, doesn’t fall into tropes for easy laughs, nor does it do anything but champion the queer women at the centerincluding the teenage girl who is loved for who she is.

In fact, the show illustrates how hurtful stereotypes can be. Nicole’s father makes a joke about “playing for their team” that upsets his daughter; he insinuates that it’s OK for his daughter to play softball, so long as she isn’t a lesbian (wink wink). He apologizes for when he realizes it was offensive, explaining he doesn’t share the sentiment the joke ultimately expressed.

As far as I can tell, Michelle Wolf is not a lesbian, and I don’t think she was making a softball lesbian joke about Sarah Huckabee Sanders. That would be too lazy, and also insinuating being a lesbian was a bad thing. Instead, it appears that the pervasiveness of softball sometimes equalling “lesbian” in popular culture has created a limited view of both lesbians and softball for some people looking to be outraged by the woman comic chosen to host the White House Correspondents Dinner.

Thus, if you assumed that Wolf called Sanders a “fat lesbian,” it maybe says more about you than it does the comedian who made a softball joke.