Everything Sucks, a high school comedy/drama set in the fictional town of Boring, Oreg., is Netflix’s love story to the ‘90s. Inspired by the success of the ‘80s nostalgia which helped boost the ratings of Stranger Things, Everything Sucks is a reflection of what Generation Z probably think the ‘90s were all about; Tori Amos, ring pops, and outdated AV equipment. I guess this isn’t entirely incorrect, but much of the show’s engagement with social issues–including its lesbian storyline–have been told through a 21st century lens, which views the decade through very rose-tinted glasses. 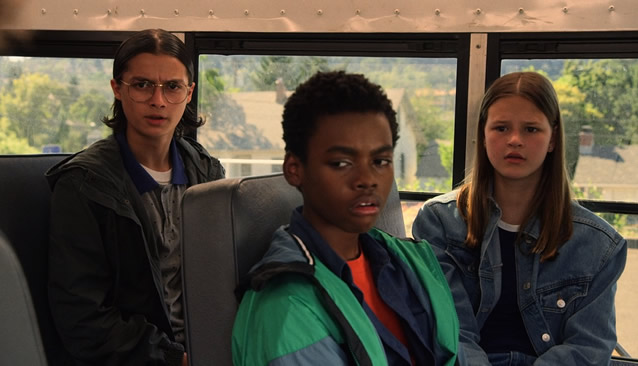 Alongside popular teen comedies like Saved by the Bell and Freaks and Geeks, Everything Sucks attempted to draw from another iconic show that helped define the teen experience in the 1990s: My So-Called Life.

Created by Wicked’s Winnie Holzman and first airing in 1994, no other show has come close to capturing the romance and horror of high school. Parents, teachers, bullies, friends, and first loves; My So-Called Life covered it all in its one very long season. Before it was canceled in 1995, MSCL launched the careers of a young Claire Danes and Jared Leto, who endured the awkwardness of teenage romance as the show’s central protagonists Angela Chase and Jordan Catalano. Other shows have tried to emulate aspects MSCL’s realism, but it’s rare to find high school dramas that aren’t saturated with tropes–My So-Called Life transcended this with smart writing and cringe-worthy honesty.

MSCL was one of the first shows on network television to deal with queer diversity head-on in Enrique “Rickie” Vasquez (Wilson Cruz); a Latinx gay kid with a penchant for eyeliner and stylish blazers, who put on a brave face despite dealing with his fair share of issues throughout the show’s 19-episode run. Airing years before Ellen came out and Will & Grace introduced multiple gay characters to mainstream television, Rickie was the first three-dimensional, openly LGBTQ teen to strike a chord with the community, and his struggle for tolerance is one of the very few sympathetic examples of queer representation at the time. 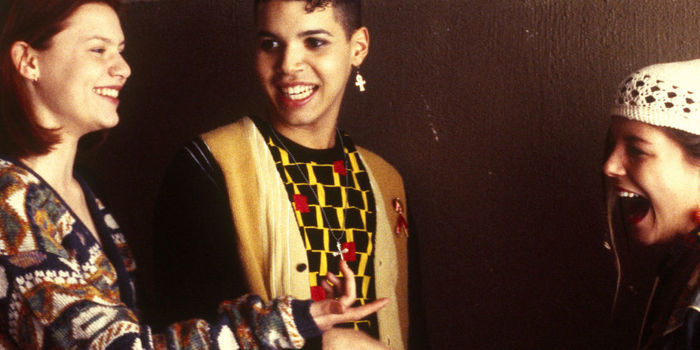 His equivalent in 2018’s Everything Sucks is Kate Messner (Peyton Kennedy); daughter of Boring High School’s principal who, like Rickie, is very aware that she is a lesbian. Kate’s story, however, does not parallel Rickie’s experience, even though they are told only a few years apart.

The American television landscape in the early/mid-1990s was far more limited than it is today, and LGBTQ representation onscreen reflected the politics going on off it. During the ‘90s, the devastation of the AIDS epidemic was still felt deeply within the community, and anti-gay sentiment was rife leading up to the 1997 nomination of the first openly gay commissioner James C. Hormel. U.S senators would openly equate homosexuality to mental illness in the media, beating the fires of intolerance that would lead to the brutal murders of Matthew Shepherd, Brandon Teena, and countless others throughout the decade. The first U.S show to ever depict a gay kiss–between two women during a 1991 episode of L.A. Law–lost five of its sponsors as a result, and it took another nine years before Dawson’s Creek showed an onscreen kiss between two men.

The year My So-Called Life aired was also the year Friends arrived on NBC, competing against the teen drama for ratings along with Mad About You and Seinfeld–all shows which in hindsight perpetuate homophobia, sexism, and either the complete erasure or cartoonish representations of POC; yet collective nostalgia casts an eye of fondness over them. This is the atmosphere which MSCL aired in, and what makes Rickie’s POC/LGBTQ character so way ahead of its time. 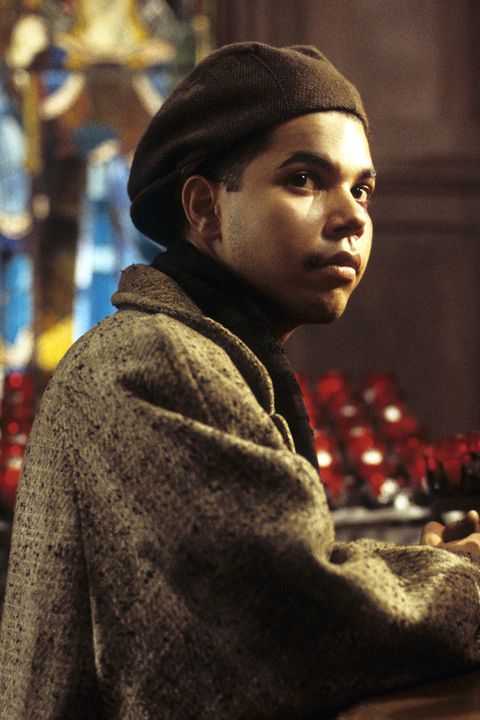 Throughout the show Rickie is hassled to the point where he considers arming himself; he’s badly beaten and thrown out of his house by his father, and he constantly tells Angela how lucky and normal and loved she is while going through hell himself. He was the only POC among an all-white cast, doesn’t have a love interest, and spends his time in the girls’ bathroom with Angela and Rayanne (A. J. Langer). While progressive for the time and deeply moving, Rickie’s storyline plays into negative depictions of queer lives that were seen on screen at the time–troubled, sexless, and ultimately suffering alone, except for the presence of one understanding teacher in his life.

Everything Sucks, set only a couple of years after Rickie’s sophomore year at Liberty High, paints a somewhat different picture of being queer during this era.

Kate doesn’t go through the Netflix series free from difficulty because of her sexuality. In the first few episodes she is bullied by her crush Emmaline (Sydney Sweeny) who suspects her of being a lesbian, however this becomes less about Kate’s struggle for tolerance and more about Luke (Jahi Di’Allo Winston)’s mission to make Kate his girlfriend–which she feels pressured to do after rumors about her sexuality spread around the school.

Even when Kate comes out to him during a game of Spin the Bottle, Luke still doesn’t take her seriously, and much of Kate’s sexual realization is linked to Luke’s character growth. Having said this, there were many moments which felt comforting in their familiarity; listening to sad girl rock music, “examining” Playboy Magazines, and pining after the hot straight girl from drama class. It’s light-hearted and adorable, and especially heartwarming when Kate and Emmaline finally share a kiss in the season finale. (It is, however, the most unrealistic part–most of us never got to date the popular girl we pined for.)

Yet with all this faux romantic nostalgia surrounding the ‘90s, it’s easy to forget that life for queer kids during the decade wasn’t quite so idealistic. While there still have a long way to goespecially now in protecting trans and non-binary kids in hostile school environments–there is a lot more representation and understanding that did not exist in 1994, which allows for Kate’s storyline to be viewed positively and told sensitively. In fact, it’s one of the more realistic portrayals of self-acceptance that I’ve seen depicted on television, and honestly? The more accessible LGBTQ storylines in popular media the better. 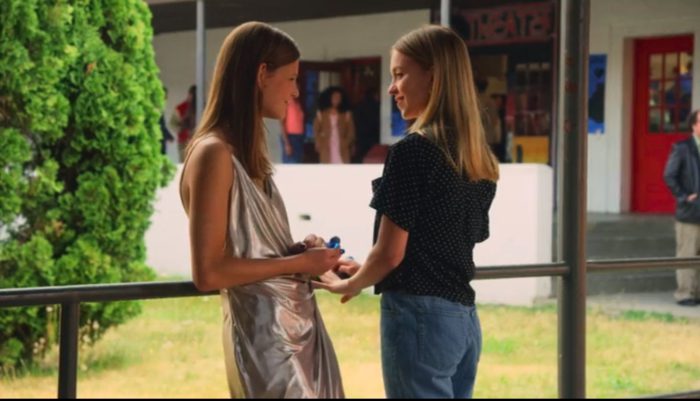 If Everything Sucks is greenlit for a second season, it will likely deal with Kate coming out to her father, which she attempted to do at the end of the season. If her coming out is met with across-the-board positivity, it would enter the realm of absurdity; would it be cute AF, sure, would it be realistic? Probably not, but that’s not the dark side of the decade Everything Sucks wants to engage with, and it doesn’t have to because it isn’t airing in 1996. MSCL on the other hand, was a groundbreaking moment for queer storytelling, offering an honest, heartbreaking and sadly all-too-familiar representation of growing up gay in the ‘90s.

No, Everything Sucks is not the lesbian version of My So-Called Life, but both represent different experiences on the spectrum of queer identity and coming-of-age, which is nothing if not a good thing.