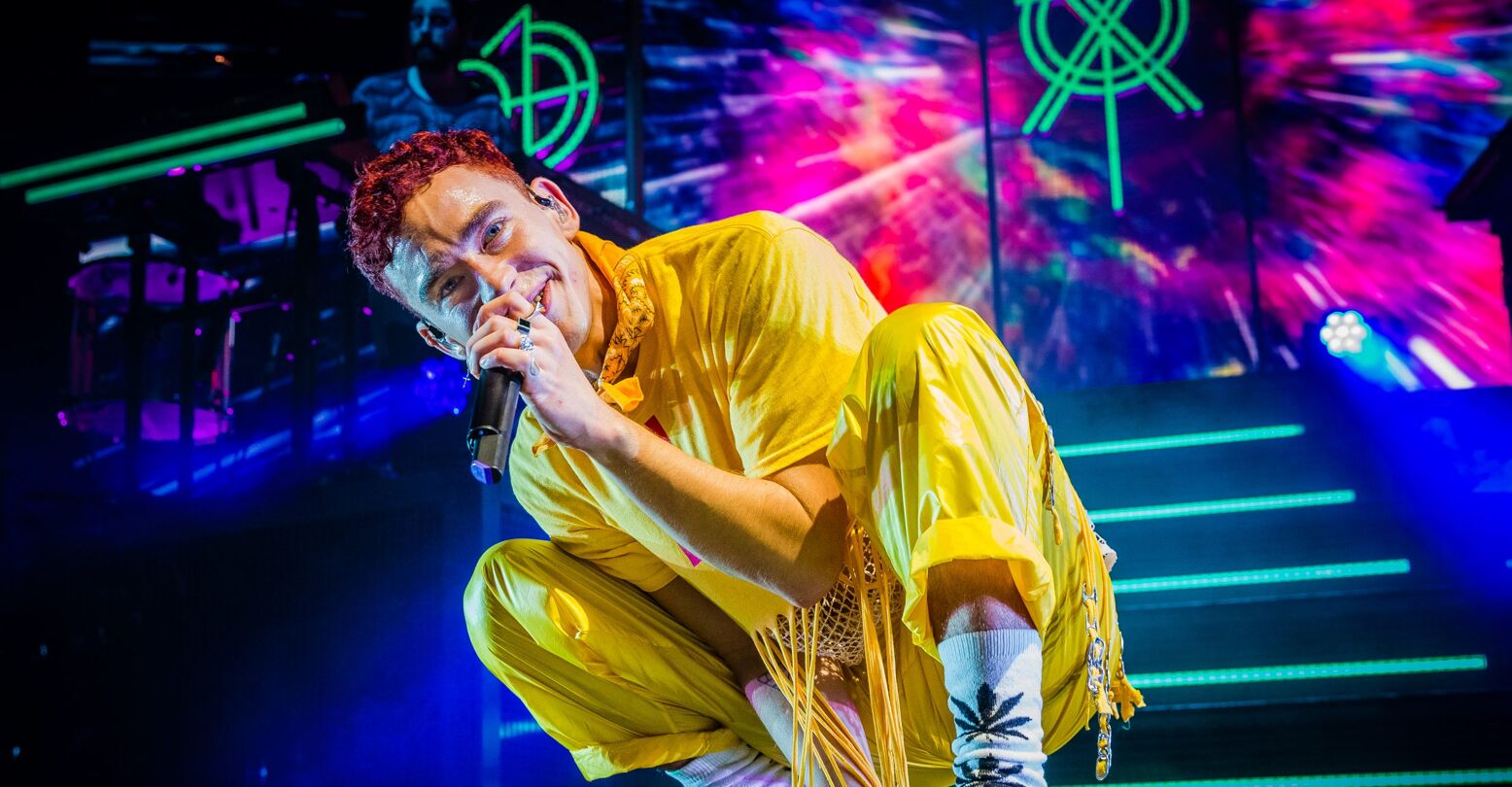 In a recent essay published in Vice from the anthology We Can Do Better Than This: 35 Voices on the Future of LGBTQ+ Rights, Olly Alexander shared his experience with queer education and how the “scars of adolescence” have affected his life to this day.

Olly grew up in the UK under Section 28, a law that banned the “promotion of homosexuality” in schools from 1988 to 2003. Due to the vagueness of what was meant by “promotion,” many teachers left out any and all references to anything queer. This, of course, did not stop children from knowing the word “gay” but did promote their using it negatively. Alexander recalls: “Homophobia was both explicit and casual. I learned that almost any person, thing or situation that was embarrassing or wrong could (and would) be called ‘gay’. Any boy’s behaviour deemed suspicious enough got them named and shamed in marker pen on the toilet cubicle wall. I dreaded seeing my name among them.”

Eventually when he was old enough to recognize that this word did in fact describe him, Alexander was forced to fend for himself—grasping at any inkling of queer representation in books and TV. Media like this helped to bridge the education gap somewhat, but there was one crucial topic missing: HIV. “When I did start having sex with other men,” he explains, “it was with huge anxiety and I feared any sexual encounter would result in me contracting HIV. Looking back, I see that shame was at the heart of this anxiety, but at the time I didn’t understand it. I felt implicated in something terrible and that the inevitable punishment would be deserved.”

On top of the more common anxieties, teenagers deal with, Olly’s mental health deteriorated under the silence and implicit shame Section 28 induced in queer youth. He recalls turning to self-harm and eating disorders. “For the longest time, I was convinced something was intrinsically wrong with me. Growing up gay in a world that prefers straightness can do that to you.”

After years of antidepressants and therapy, he began to take better care of his health and had largely accepted himself. However, the internalized homophobia was hard to unlearn, particularly in regards to HIV. Olly describes his experience obtaining PrEP when it became available: “I’m embarrassed to admit that I did not speak with a healthcare professional first. At the time I told myself I was just too busy but I came to realize that I was afraid to talk about it.” He has since overcome this and includes resources on PrEP in his essay (prepster.info, iwantprepnow.co.uk, and the Terrence Higgins Trust). Regardless, he recognizes the enduring stigma that surrounds HIV. “We haven’t come as far as we might hope,” he says.

Overall, the anthology uses these personal essays to illustrate the many ways in which, as the title suggests, society still must “do better” for queer people. For Olly Alexander, one massive shortcoming is clear: education. He concludes: “If we were equipped with better education as kids and teenagers, then as adults we’d feel more comfortable speaking about our mental health, our sex lives and our sexual health. Teaching kids that queer people are real is not radical, neither is including LGBTQ+ experiences in sex education – it just makes sense.”

We Can Do Better Than This: 35 Voices on the Future of LGBTQ+ Rights is available now via Penguin or your local bookstore.