“I started to hear people referring to me as ‘that gay singer’ and a part of ‘that gay band,’ and I said to myself ‘You know what? I am.’ I decided to lean into the gay.”

English actor, pop star, and frontman of the synth-pop band Years & Years Olly Alexander has found himself growing more and more comfortable with his sexuality as it relates to his artistry. Having just released the band’s sophomore album, Palo Santo, this summer, Alexander says he found himself embracing his identity, and “the multifaceted nature of it.”

“You know, inside I’m still kind of this scared gay boy that got bullied at school,” he tells INTO. “But having the kind of response we got from audiences and success that we had after the first album, I felt more comfortable, confident, and okay being more explicit.” 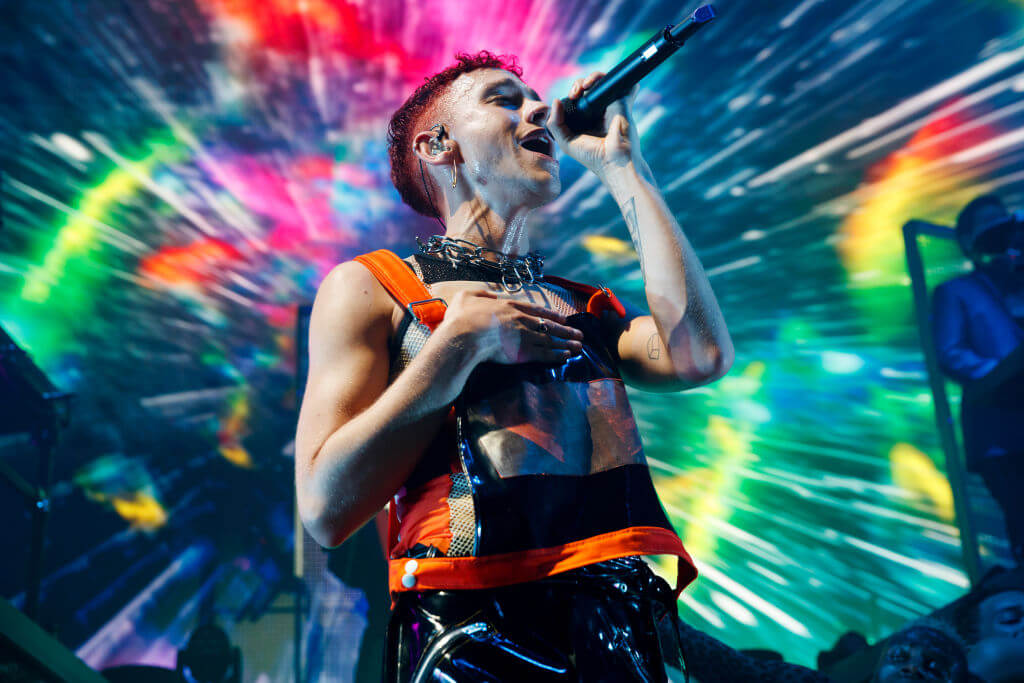 At the age of  28, has been out publicly as long as Years & Years has existed, ignoring the advice of his media trainer who encouraged him to keep his sexuality out of public persona.

And Palo Santo is a reflection of that; the album takes a more direct route when addressing his sexuality, using more male-specific pronouns in the lyrics in comparison to the band’s first album, Communion. Alexander has also been much more free in discussing his sexuality, advocating for HIV screenings, promoting safer sex practices and even supporting anti-LGBTQ bullying campaigns.

Seated in the corner of a New York cafe wearing a Rihanna T-shirt and lounge pants, Alexander’s confidence and charisma exude a certain type of energy that grows as he speaks about the things he loves with such candor.

In just a few hours, Alexander would be performing a sold-out show at Terminal 5. He’s grateful for where he is, sharing thoughtful sentiments as he talks about his fans and his work. He knows that at this point in time, when so many queer people have the wind in their face, right now, it’s at his back and he can soar brightly into the future.

As the main songwriter and leading visionary for Year & Years, Alexander is pushing himself not only as an artist but also as a public-facing advocate.

“Obviously, the UK is stuff I’m most familiar with, but globally we’re all kind of witnessing this dumpster fire descent to Hell,” he says. “Though, I don’t always think it’s that bad.”

“Personally,” he continues, “I didn’t ever imagine I’d be engaging in advocacy the way that I have, but I just find it so meaningful. It makes me feel like I have a purpose in life. Getting out of bed and feeling like you’re working to create positive change is a good feeling.”

One of the hallmarks of poor advocacy is arrogance, a self-centeredness Alexander seems hellbent on avoiding. Being a white gay man comes with a lot of privileges, and he is aware of that, referencing it often as a limitation of his own worldview. He’s chipping away at the underpinnings of our how oppression operates with a precision and consciousness you might not expect from someone who had been cast in an Academy Award-nominated film before being old enough to to vote, acting alongside Dame Judi Dench (“a naughty grandma who only drinks champagne,” he says of his one-time co-star) in his early twenties before launching his international music career. Still, he notes, “This [advocacy]  has been a journey for me and I’m still learning every day.”

“There are so few queer people taking up space in media or in a public forum and I feel like there is a responsibility to use it properly, because people are listening to what you say and so many people aren’t being listened to,” Alexander says. “Silence is complicity. You have to come with something.” 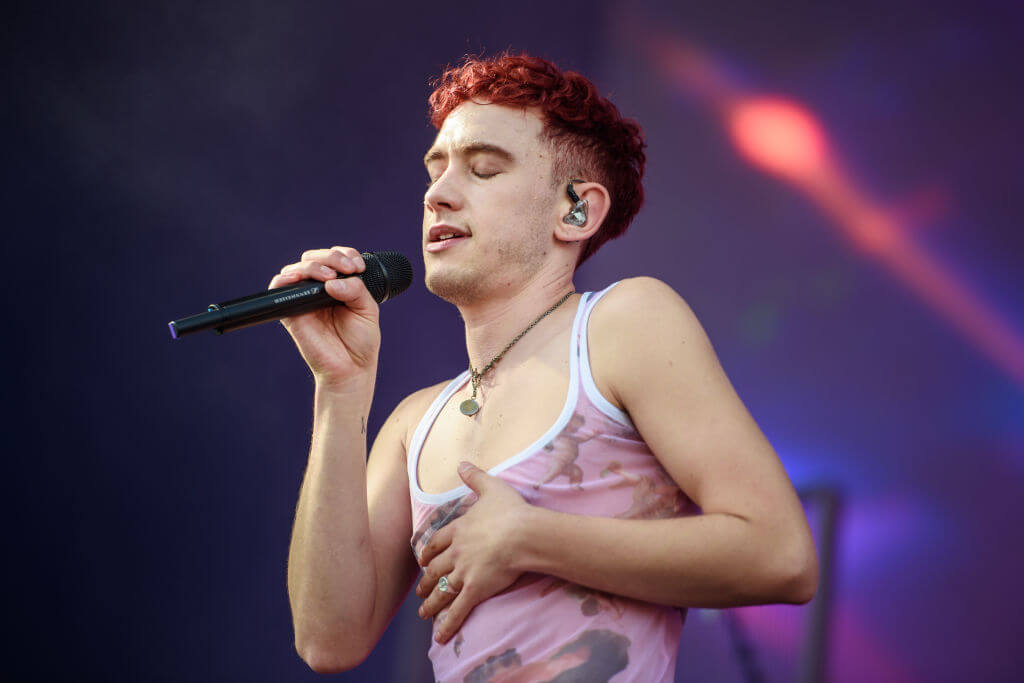 He seems exasperated by the idea that everyone isn’t working to liberate others from their struggles.

“We can’t really step outside all of society’s rules and things that govern us anyway. Like white patriarchy, just because we’re gay that doesn’t go away. We have all the same structural oppressions that exist outside of that. We’ve chosen to band together because we’ve had to and there are so many benefits to that, but we’re so diverse and it makes us ripe for conflict.”

Right now, Alexander is concerned about the Gender Recognition Act in the UK, a proposed reform of the act that will make it easier for trans folks to self-identify.

“It’s created this insane hysterical discourse in the UK media and public. It has been a full-on assault on trans people in a way that’s so horrifying. It’s front page news in the media every day.” Alexander says. He likens it to the fear-mongering that gay people have gone through in the past. He wants to use his privilege to do everything he can to help.

It’s not all just talk for Alexander, who’s well aware that change doesn’t come through just bloviating on platforms to crowds who already espouse your beliefs, but through action that helps others be heard. He’s working alongside other public figures including Sir Patrick Stewart to pay the travel costs of UK citizens who want to attend the march that will be calling for a referendum on the final Brexit deal. Those in opposition to Brexit, which has been scrutinized heavily by many for it’s classist and xenophobic motivations, have been advocating for a second vote on the plan, confident that the majority of citizens don’t really support it.

“We can hide behind this kind of veneer of sending a tweet or retweeting someone’s post or saying ‘I’m woke,’” he says. “But are we really doing the work?”

Behind that motivated and eager passion for change is a gay man still exploring facets of his sexuality with zero fear and even less shame. He giggles in excitement with a “Yay” as he reads over my list of topics filed under “GAY SEX STUFF.”

“I use Grindr now, but I didn’t use it in my early twenties because I was going out and meeting men at clubs and hooking up that way,” he says. “Then I was in a couple of monogamous relationships, so I thought it was gonna be weird, but also a sort of initiation [into modern gay culture].”

That fear didn’t stop him from pursuing that desire to meet men for hookups and fun. “I’ve managed to hook up a couple of times through [apps], but it’s difficult because it’s hard to establish trust,” Alexander says. “People are like ‘Are you using a fake picture?’ or ‘Are you really Olly Alexander?’ And that becomes less sexy. I’m also not about to send a dick pic.”

Being a celebrity in a digital dating culture surely has its struggles, but he’s found that Grindr’s utility serves as a comfort for him in a different way.

“I like to open it up just to see that there other gay people around me, because I travel quite a lot. Sometimes [just so] that gay people are so visible to each other,” Alexander says. “We’ve created networks to find each other.” 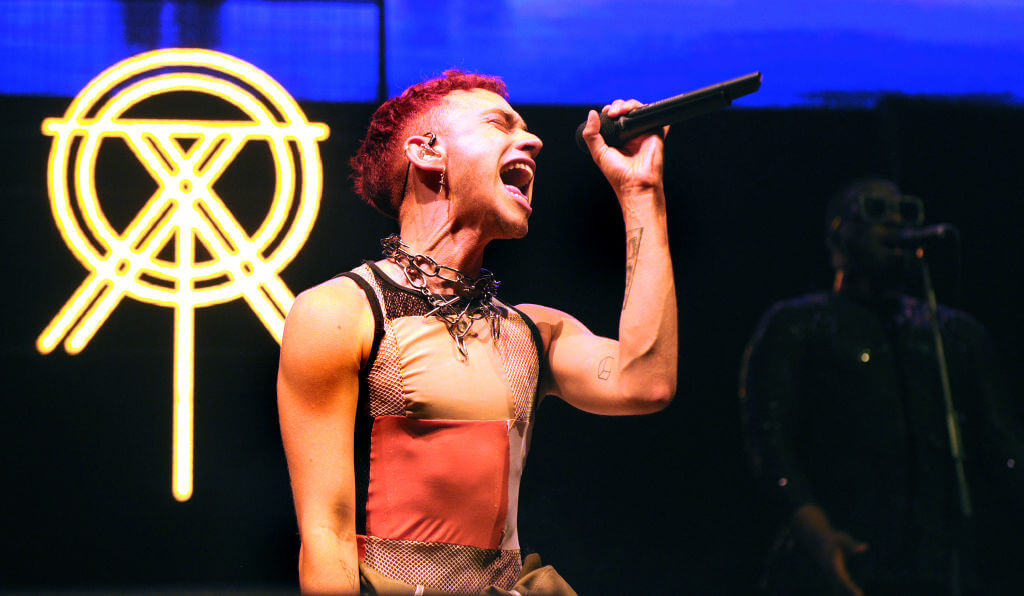 In these kinds of social networks, queer people also find ourselves shaping the way we view each other and ourselves. Alexander finds the apps to be a place where so much time can be wasted just soaking up the attention and he isn’t above the kind of validation that connections made through such apps can provide.

“It’s like a dopamine hit when someone likes you or sends you a nice comment and I really understand how that feels good, but then following that up seems like hard work,” he says. “Then you’re like, ‘Oh, but what about someone else?’ It becomes this sort of endless appetite for sexual desires and I think that’s kind of changed the way we view intimacy. I don’t know if it’s for better or worse, but it’s definitely made some interactions harder.”

He’s not wrong. The apps can soak up so much time for those who love being bombarded with validation, but it’s not true for everyone. While it has made access to the type of intimacy that gays had to “work harder” to get in the past easily accessible, for many people, it provides a space where they can feel more confident than in the crowded and judgmental spaces that are gay bars and clubs. Also, perhaps, it’s just highlighted the way we’ve viewed intimacy all along.

His growth and journey with intimacy have changed over the years. He speaks as someone who wants his relationships to be as progressive as his politics. Unsatisfied with the idea that gay relationships need to fit cultural norms, Alexander discusses his most recent open relationship as a challenge that turns him on more than causes him fear.

Aroused by the idea of these difficult topics that many people would find a hassle to breach over and over, he thinks the ideas difficult to talk about in an open relationship greatly outweigh the simplicity of establishing monogamous trust. His light fetish seems to be emotional masochism that leads to self-discovery.

“In lots of ways, confronting those issues with someone and being able to get into the nitty-gritty of things, you have to go into some really emotionally intense and raw places,” Alexander says. “Those kinds of feelings are what make them more of fit for me than something monogamous which isn’t quite right for me. I’m glad I did it, because I learned a lot about myself and how I deal with aspects of intimacy.”

Olly Alexander is an explorer, expanding his boundaries and expectations. He speaks openly about his love of daddy porn, smiling in recognition of the cliche. Alexander is curious and demanding of the content he consumes. “[All I want] is for the people to look like they’re enjoying it and for their dicks to be hard,” he says. “Obviously, whoever is fucking their dick is gonna be hard, but if someone is being fucked, I also want them to have a hard dick. Maybe I’m wrong. I’m sure they might still be enjoying it, but when I’m doing it I’m hard. I just like to see both people turned on.” 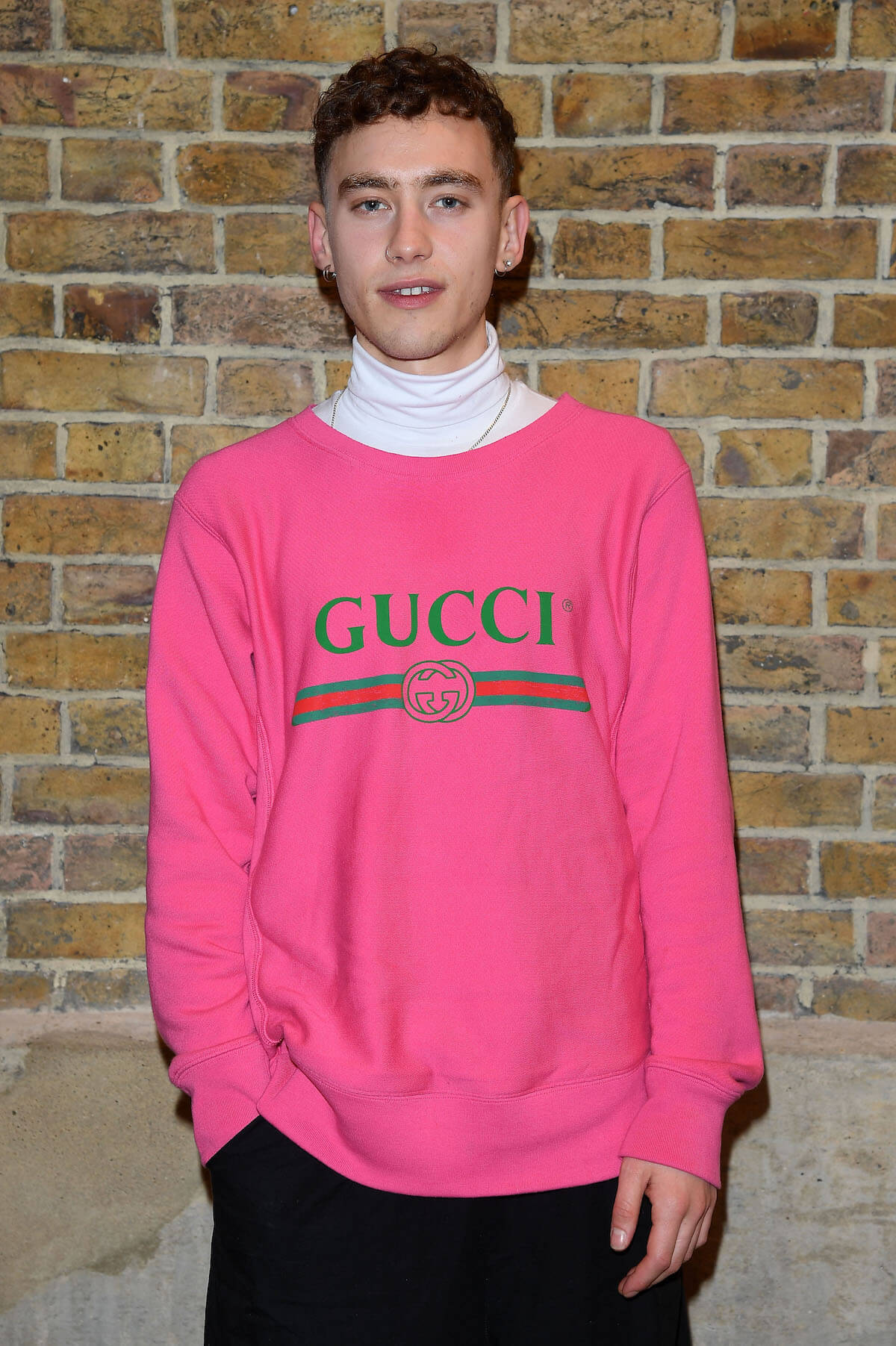 For Olly Alexander, sex as a gay man should be free of shame and be easier to talk about. He opens up about a sexual experience gone awry: “I guess a lot of people in the US are circumcised but most people in the UK aren’t.” He uses his hands to demonstrate how the frenulum (colloquially called a “banjo string)” is attached to the penis.

Alexander and his partner at the time ended up in an emergency room shortly thereafter where his attending nurse recognized him and began talking about his music. Even in that awkward circumstance, he manages to be so excited that someone knows and loves his music.

They should love his music. It’s incredible in its range but most impressive in storytelling.  The performance later that night is electric — the audience hanging onto every word and Alexander consuming every bit of that energy. It’s as if without it, he’d be incapable of finishing the performance.

In a sheer white leotard, shiny black pants, and large bedazzled necklace that borders on gaudy, Alexander leads the audience through Palo Santo. Alexander’s voice rings throughout the three-story concert hall filled with young queers belting every lyric to the band’s hit single “If You’re Over Me.” He leads the audience and his bandmates through an electrifying set, running around with a rainbow flag he was gifted from a front-row audience member.

“I just want everyone having a good time,” he tells the crowd.