New York City is in the midst of a party scene renaissance that has seen the birth of parties in venues across the city serving a wide array of audiences, and in particular in the queer party scene there has been renewed interest in parties for individuals of different cultural and racial backgrounds. These parties offer queer people of color (QPOC) safe spaces dedicated to having fun and partying surrounded by other individuals who share and can empathize with their experiences.

Of course, this birth of new queer parties, and in particular parties designated for QPOC, must be seen within the broader context of the closure of so many permanent QPOC bars and clubs. As clubs such as Circle and the Starlite Lounge have closed, the demand for alternative ways to provide safe spaces for QPOC has helped initiate and feed this birth of new parties.

In New York these parties range from Papi Juice, a party celebrating QPOC, to Bubble T, a party designed specifically for queer API people. As these parties rise in prominence and become the topic of many media conversations, their attendance rates have increased exponentially, and along with these rises in attendance have come an increasing number of attendees who fall outside the purviews of these parties originally intended mission.

In other words, as these parties become more popular, their rates of white attendants has grown as well. Bearing in mind that these parties arose, in one part, out of an increased need for QPOC spaces following the closure of QPOC bars and clubs, is it even appropriate for white people to enter these spaces? And if and when white people do enter these spaces, how should they party at a party that isn’t meant for them? 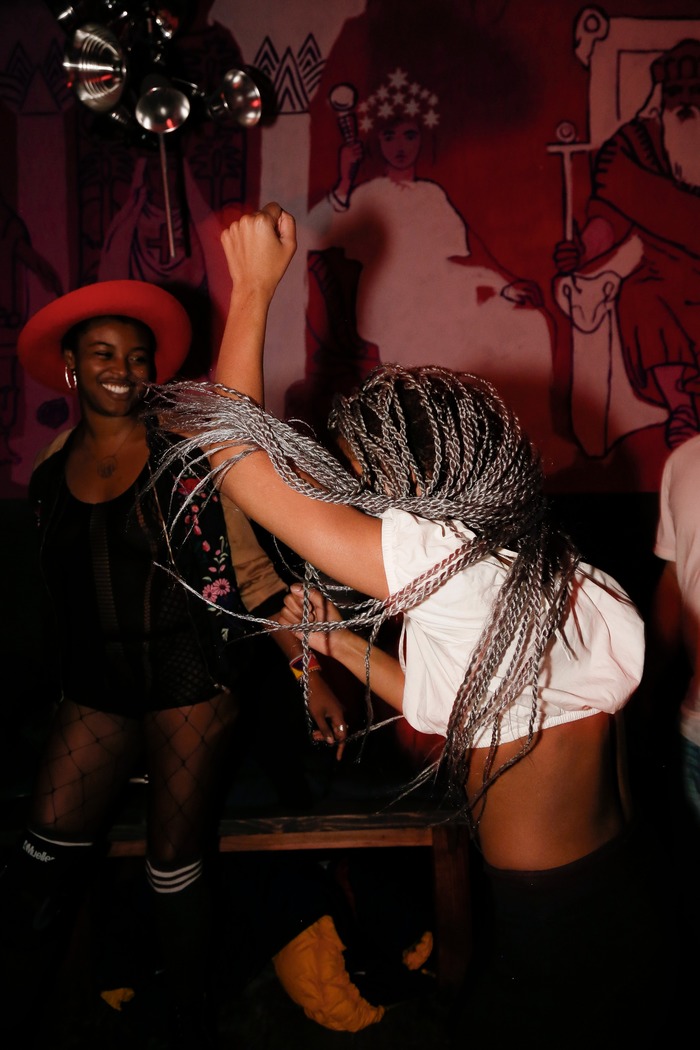 This question has weighed on me often, in particular, as I would scope out social media for the hot parties to attend each weekend. For a while my hard and fast rule was always that non-white party spaces were not intended for me and as such I should really avoid taking up space at parties for people of color; when I can choose to be in just about any space and have it be for me why should I take up space in the few spaces not intended for me?

Recently, though, as I began dating a person of color who is very much interested in attending these parties, I had to rethink my position on this in order to show support my boyfriend, who felt comfortable in these spaces and often wants me to attend with him. This meant thinking deeply and critically about what my presence, as a white man, means in a space designed for people of color, and how I can participate in the least disruptive manner possible. As I have continued to build relationships with the people who throw these parties, I have continued to reconsider and critically analyze how I should take up space at a party for queer people of color always bearing in mind that these parties aren’t meant for me.

This was most recently on my mind when the promoters of Bubble T threw an incredibly successful Lunar New Year party in conjunction with the Museum of Modern Art’s PS1. Selling out thousands of tickets, this party was intended to be an API celebration of the Lunar New Year, but a party that includes the clout of MoMA and the increasing hotness of Bubble T’s parties naturally drew a crowd of white attendees. Being in this QPOC party space, thinking about my own way of being in this space, and observing other white people navigate this space (in some cases, in troubling ways) had me thinking about how I, as a white gay man, ought to exist when I attend these parties, understanding that I am attending as a guest to someone else’s party.

Most important to remember, though, is that it is not the job of QPOC to police white people who enter their spaces. As many of the organizers of these parties will explain, this responsibility very much falls on white people to both police themselves and their white friends when they enter these spaces. This is to say that you should not need someone, especially a QPOC, to confront you in order for you to understand your actions in a space are disrespectful or racist. If you enter one of these party spaces you are acknowledging a basic level of awareness about the space you are entering.

A stage dancer at heart, I have never met a stage at a club or a bar that wasn’t calling my name. In queer spaces, the stage represents a space where individuals can show off their full glamorous selves and all of the dance moves, or lack thereof, that this includes. But the stage also represents a barrier of acceptance in which the individuals who take it up connect with the audience in a particular manner. At a typical gay bar where the space is predominantly white, the stage often becomes a space taken up by white bodies as a space typically dominated by white gay men. At parties for queer people of color the stage is not meant for white people; even if the stage is calling my name, the stage is not my space and I find it utterly important, while encouraging my boyfriend to “get up on stage” to acknowledge that I really should not join him.

The issue of space is even more at issue when one moves from the stage to the larger dance floor. Moving through crowded spaces, especially clubs, can be a headache and a half, but a self-awareness of one’s own movements in a crowd is even more important when you are white and moving across the floor at a QPOC party. This, for me, has often been the most difficult of issues to consider: how do I, a large white man, move through a crowd of people of color at their party in a respectful manner? In many cases, I will often ask my boyfriend or other friends to move with me, and, regardless of my movements, I always say excuse and ask politely if I can move around someone or through their conversation.

“If it is crowded, it’s crowded because chances like thesein which space is dedicated to QPOCare so rare,” says E.T. Chong, founder of New York queer API party Onegaishimasu. “If it is super crowded, don’t push POC people out of the way to get from point A to point B, and know that if you are going to move, it’s going take you extra longer.”

In addition, as white people consider where they would like to spend their nights out, it is important to remember that parties for QPOC are not places you should be coming to hang out with your all-white group of friends. Attendance at these parties should be premised upon showing support for your QPOC friends, and this means attending alongside your QPOC friends. Chong says that “cognitive resonance, mirror imaging, and solidarity are such necessary things for a healthy mental space” and that means understanding that entire groups of white people attending these parties does not promote a healthy mental space. My reason for attending these parties is in order to support the QPOC in my life, and that means I attend as their guest in their space. 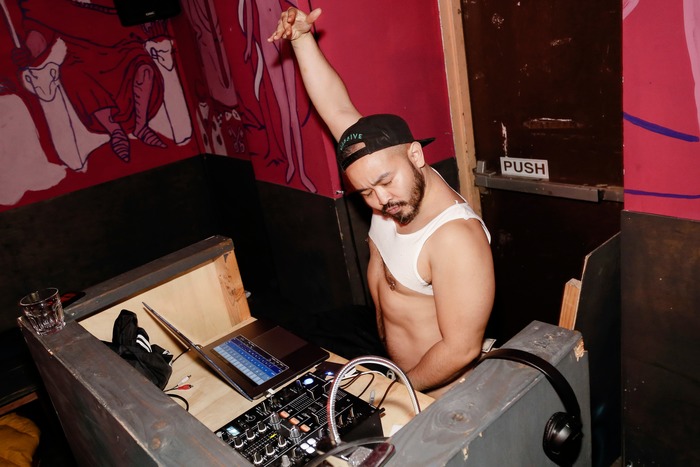 As social media continues to define parties and their brands, the photographers that give aesthetic value, and collect memories, from these parties have become focal points for people hungry to have their images captured and posted on the instagrams and facebooks of these parties popular social media accounts. But, again, your desire, as a white person, to be featured on the Instagram account designed to highlight the experiences of QPOC is problematic in itself, and your jumping into the pictures featuring groups of QPOC friends–even your own–is even more problematic.

We should want social media reflecting the beauty of these spaces, these parties, and the people who make them what they are; photographers at QPOC parties are going to focus on underlining and visually representing the experiences of the people the party is for and about, and your need to increase your social media following is nothing in comparison to the need to visualize the beauty of these parties. The photographers are not my photographers, and the experience isn’t about my own instagram.

One of the most important aspects of a QPOC party space is the creation of spaces for queer artists to practice their art freed from the demands often put on them by predominantly white audiences. Integrating more hip hop, R, and traditionally non-white music into DJ sets becomes possible only once incessant requests for the DJ to play yet another Britney Spears song stop. And these spaces give non-white performers the ability to integrate their own cultural backgrounds and experiences into their artwork without the constant threat of racial epithets or stereotypes being used against them in their own performances.

These shows and these DJs can make their art purely about their QPOC family because their music and their performances aren’t about me, meant for me, or about creating some experience designed around me.

We should celebrate the success of these parties because, at base, it means the continuation of spaces that celebrate the experiences of qpoc, experiences that are sidelined at traditional parties and clubs. Being white in these spaces means recognizing that you exist in these spaces, as in all other spaces, from a point of privilege and further recognizing that you are so often accustomed to acting certain ways in other spaces because of the privilege your whiteness grants you. In recognizing the ways in which you are accustomed to take up space, you need to critically analyze yourself in these party spaces and constantly be aware of how you are acting–it is your job to ensure you are acting respectfully and no one else’s.

And contrary to what you may think, partying while respecting their space is fun, and understanding that the party is about someone else other than yourself, becomes an incredible experience. I, myself, have gained many new friends and have had incredible nights at parties where I am very much aware of my own presence in a space. As these parties proliferate, thrive, and grow, it the responsibility of everyone in our community to encourage their growth and support their success, and, as a white person, it is my responsibility to recognize that these spaces aren’t about me. 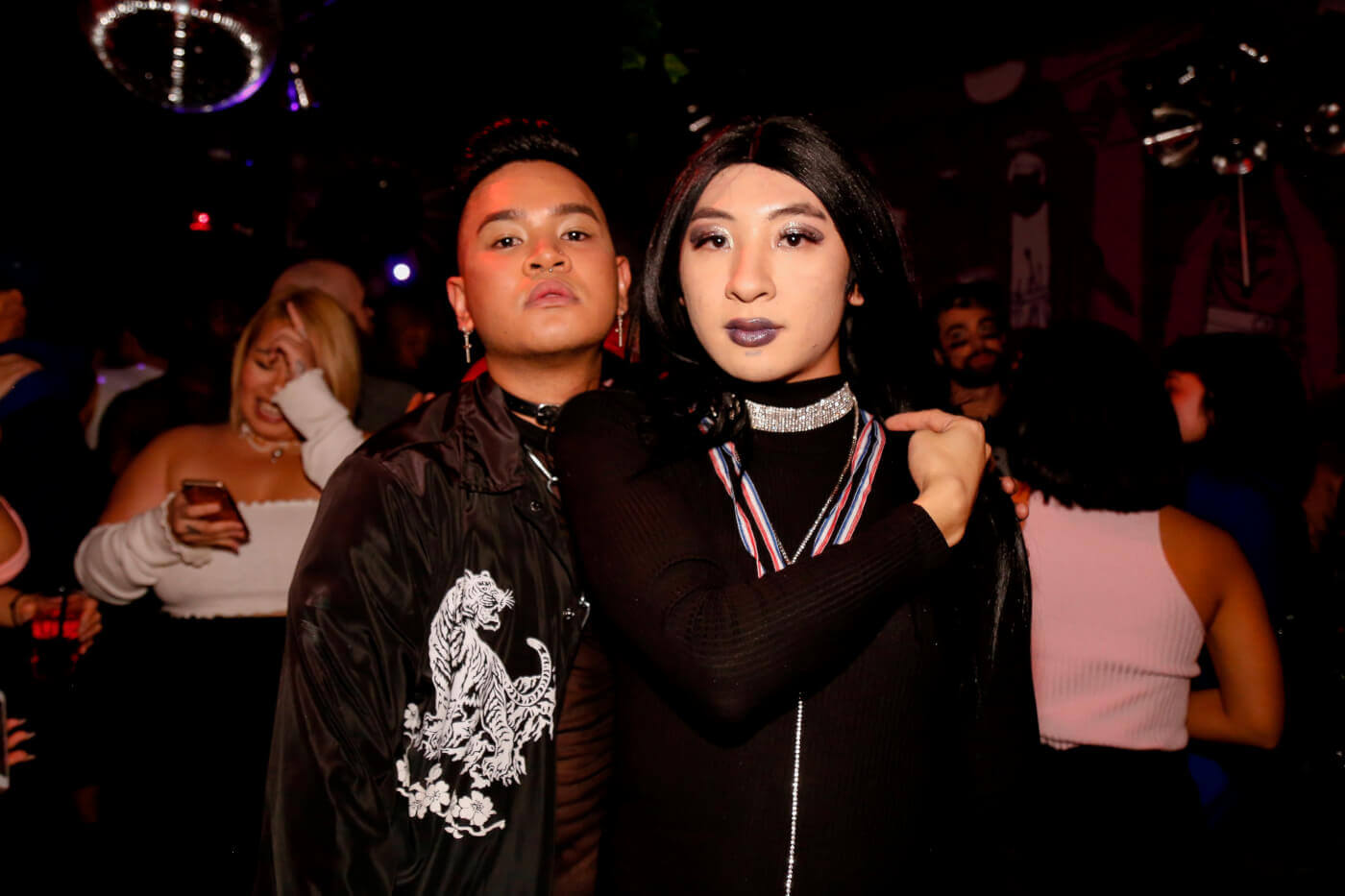