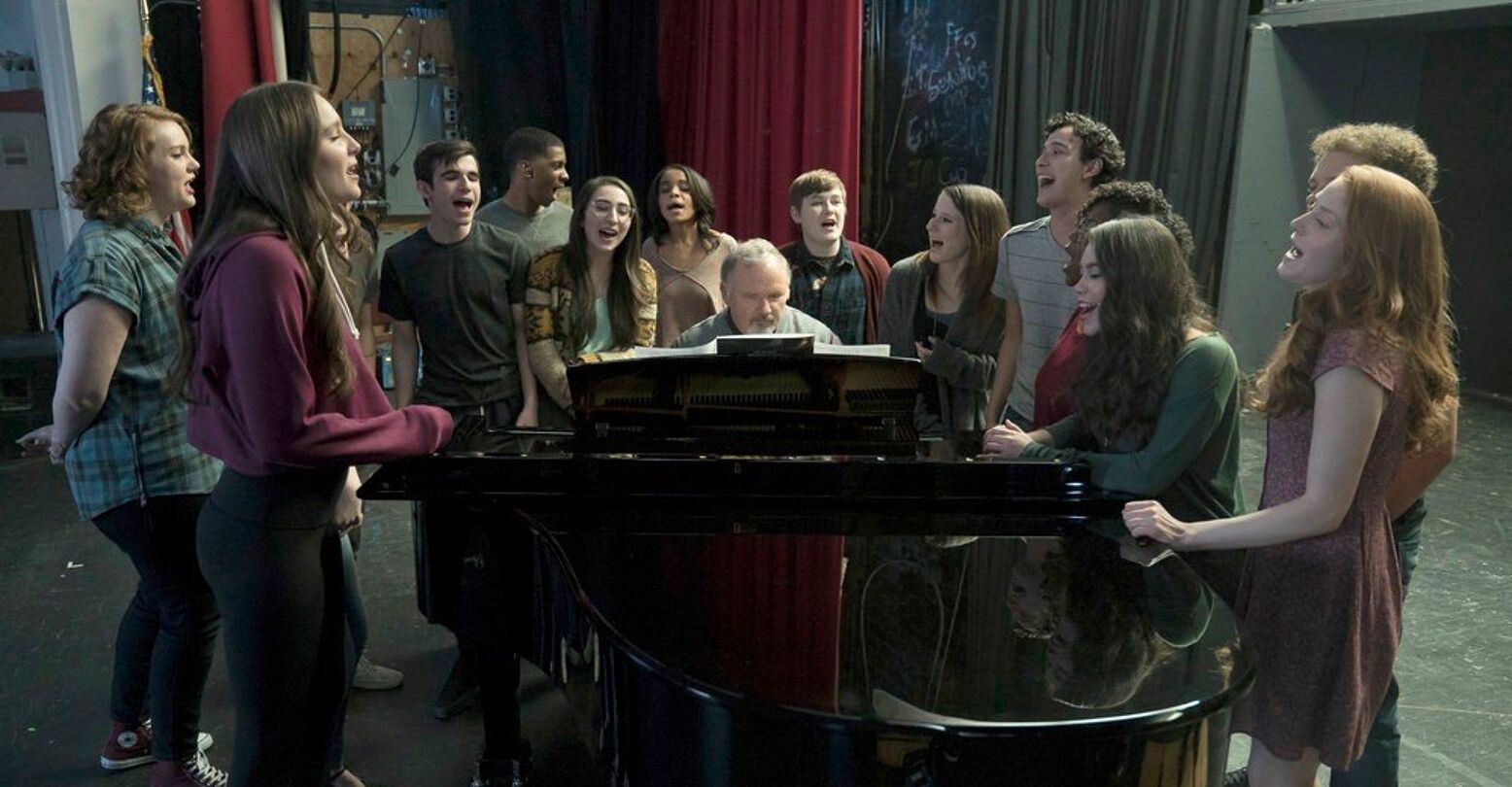 We were never going to get to the end of Rise’s first season without some kind of censorship storyline. It’s just silly to assume a high school in a conservative town would put on Spring Awakening without issue. But why on earth are parents only protesting the production now, with two episodes left of the season?

Lexi, a previously unseen member of Stanton HIgh’s Spring Awakening ensemble, releases a video promo for the production that teases all the most sexy, risqué elements of the show. It’s effective the show previously having a tough time selling tickets suddenly has an influx of interested attendees but the school’s principal is furious. Paired with a petition from parents, Lou (Josh Radnor) faces pressure to edit the show heavily, else risk it being cancelled entirely.

Were it happening in real life, this would be a nail-biting turn of events. Nothing threatens a good time in high school quite like a PTA petition. But this isn’t real life it’s a narrative TV series that’s been aiming toward a climactic production of Spring Awakening for eight episodes. We know we’re going to get there by the 10th. There might be some odd changes here and there, but the final result is going to be the same.

Since a lot of this episode’s plot goes to the petition and football; hoo boy, there’s a lot of football let’s take the opportunity to look at Rise as a whole. Ratings have been remarkably steady, but far too low as to make season two an inevitability. Were it to return, I’d recommend the following three changes to make the show stronger.

Focus more on the music. I don’t know why modern filmed musicals are so scared of music. La La Land had, like, six songs if you took out all the reprises. Similarly, Rise has had a song or two every episode, but as our check-in last week proved, we still haven’t seen a lot of the biggest Spring Awakening numbers. Considering the best scene of this series (by far) was Gwen’s “The Song of Purple Summer” at the end of episode two, Rise could stand to let the songs be the star more.

Less football, more theatre kids. If Rise is going to give us more music, it follows that it will need to spend more time with the kids singing the music. This episode has a hearty plot following MIchael (Ellie Desautels) and his friend Sasha (Erin Kommor), the latter of whom is pregnant. The arc gives the two characters development, as Michael tries to help Sasha through a difficult decision. It’s great! But it’s also one of the only times we’ve seen development for cast members not named Lilette, Robbie, Simon, or Gwen. Even Jeremy, who has a romantic arc with one of the main cast members, is basically a cipher at this point. We need to see the troupe! They’re who we’re here for, at the end of the day.

Dump Lou. I know, Josh Radnor is arguably the biggest TV star of this group (he was the father of How I Met Your Mother, after all), and losing your lead is arguably a mark of instability, not consistency. But Lou is so clearly the worst part of Rise. He’s blinded by his own privilege and constantly shitty to Tracey (Rosie Perez), the Latina assistant director he pushed out of the way to get his job. He has unrealistic expectations for a high school production of Spring Awakening, and fails to protect his students from potential fallout. He’s the worst teacher since Mr. Schuester on Glee, and he’s gotta go.

Of course, Rise has to get a second season before worrying about any of that. Whether they get it is likely dependent on how the rest of this season goes and whether this petition actually sticks. (Don’t worry, it won’t.)