Christina Aguilera appeared on Untuckedthis week where she revealed an interesting secret about a song from her 2002 album, Stripped.

According to the singer, her track “Infatuation” was inspired by the pain she endured after finding out her boyfriend at the time was gay.

“It was heartbreaking because I found out he played for your team, not mine,” she told the Untucked crowd, eliciting a response from the show’s Vanessa Vanjie Mateo, who said, “’He’s gonna see this! He’s gonna be mad.”

“I hope so, girl!” Christina quipped. 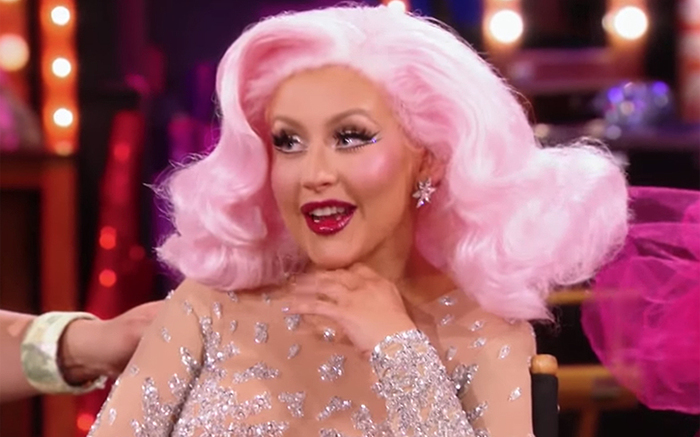 Apparently, the ex-boyfriend in question inspired some of Christina’s most famous songs from her 2002 album Stripped. The album was her fourth studio album, and marked Aguilera’s notorious dive into adulthood, clad with a raunchier, sexy look, hoping to “strip” away her youthful image.

Monique Heart asked if “Fighter,” a single from the same album, was about the same ex.

“Of course it was! He deserved it,” Christina exclaimed.

“Girl, you read him for the back row,” Heart said, quoting the lyrics: “You tried to take a joy ride and came down in flames.”

Obviously, 2002 was a heartbreaking year for the “What A Girl Wants” singer and former The Voice judge. But apparently, it was even harder for the ex-boyfriend in question. In 2002, the young singer told MTV News “Infatuation” was about her ex-boyfriend Jorge Santos, one of her dancers. So, Santos technically outed himwhich is never okay. Luckily, Santos appears to be out and proud, according to his Instagram, where he gushes about his current beau.

When you wake up the next morning confused as hell 🤦🏾‍♂️🤷🏽‍♂️ what happened last night. Happy Valentine’s Day my ❤️

Strippedwas a major moment in pop music history, with songwriting and production contributions from heavyweights Alicia Keys and Linda Perry. It’s clear the album has more depth and layers than we might’ve expected, but it’s not necessarily surprising, because all of us were busy sobbing through the remnants of our early-’00s black eyeliner when “Beautiful” dropped.

“Once you obtain a certain level of success, you can become jaded and you can see certain people around you change,” Aguilera said onUntucked. “That can make you change and feel guarded or shut down and weird. But I think as long as you keep remembering who you are as a personand keep remembering the good and the good around youthen nothing can stop you.”