Alex Gino’s 2015 book George details the story of a transgender girl grappling with her identity and coming out for the first time. The book has won multiple awards, and Amazon recommends it for children in grades three through seven.

Despite the accolades, an Oregon school district pulled has its students out of a statewide literacy competition over the book’s inclusion on its reading list.

George is among 16 books on the reading list for next year’s Oregon Battle (OBOB) of the Books for grades three through five. According to its website, the OBOB is “a statewide voluntary reading motivation and comprehension program sponsored by the Oregon Association of School Libraries in conjunction with a Library Services and Technology Act grant.”

The Battle encourages students in grades three through 12 to become exposed “to quality literature representing a variety of literary styles and viewpoints.”

Hermiston School District, which participates in the statewide competition every year, removed its third through fifth grade classes from the Battle based on George‘s being a title of their reading list. Maria Duron, communications officer for the district, claim the district’s elementary school principals weren’t aiming to censor transgender content in pulling students from the competition, but that they found the content age inappropriate. 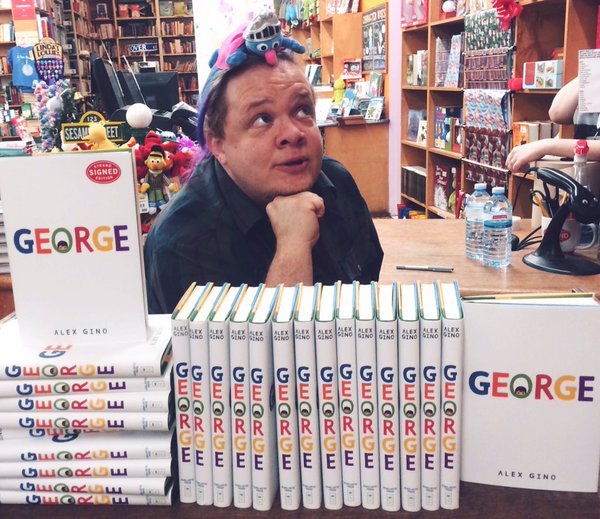 The book centers on a transgender girl named George. When her school puts on a production of Charlotte’s Web, George wants to play Charlotte. George’s best friend Kelly supports her, and together they hatch a plan for her to win the role and let world know who she really is.

George discusses medical transition and alludes to the character’s anxieties over her genitalia. Early in the book, she immerses herself in water and tries not to think about what’s in between her legs. Later, her face flushes red when a boy says she is “starting to grow some balls.”

That inner-dialogue has made George a groundbreaking book on transgender adolescence, and its reviews on Amazon largely praise it as such. But some parents have said the book should be reserved for middle school students who are better-equipped to process issues that delve into gender identity and anatomy.

Courtney Snyder, book title selection manager for OBOB, said the choice to include George was no different from the selection process of the other 15 books on this year’s list.

“It is an appropriate reading level for third through fifth grade,” Snyder writes in an email to INTO. “It adds diversity of character, plot, perspective, and genre to the OBOB reading list. It is an award-winning book that has high-quality writing and is well-reviewed.”

Author Alex Gino characterized the Hermiston district’s decision as an overreaction that prevented excited kids excited the opportunity to participate just because they might hear a question about a book with trans main character.

“My book will not make anyone transgender, but it can help make people trans aware, and bring connection to those who already are trans, and I believe that those are good things,” Gino says. “I don’t believe that there’s any age before which it is appropriate to learn compassion.”

Hermiston students in sixth through 12thgrade will continue to compete in the statewide competition. George is not on the reading list for those age groups.