As 080 Barcelona Fashion Week draws to a close, one of its panel judges Robbie Sinclair calls out this season’s top 5 shows. Although sometimes overlooked and in the shadows of big fashion cities like New York, London, Milan, and Paris, Barcelona offers some great fashion talent. A sumptuous mix of brands and designers offer an array of talent.

From Brain & Beast with their avante garde shows to newcomer MANS concept which offers a cute take on menswear dressing. Barcelona is a city that we need to watch. 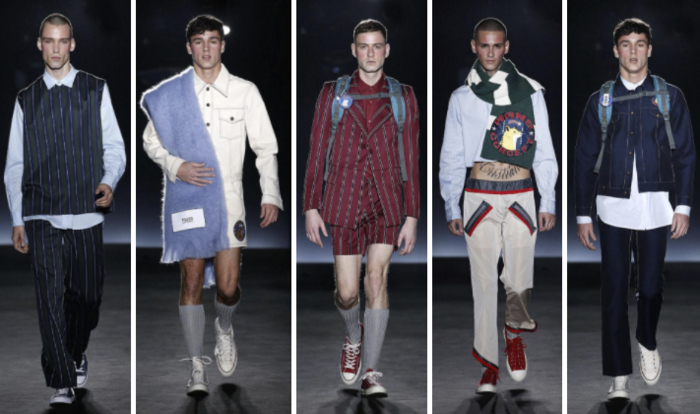 Selected as this season’s winner of the new designer’s award MANS concept showed public school stripes and minimal blazers. Clean silhouettes saw sleeveless silk vests worn over simple shirting while accessories were embroidered with bold graphic illustrations. This guy is one to watch! 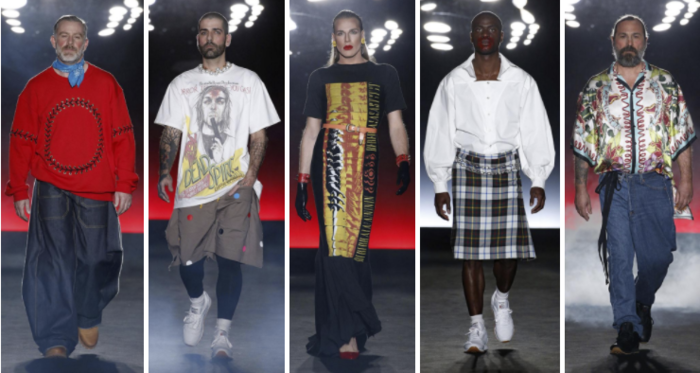 Never one to disappoint and one of Spain’s leading designers in the style of quirk; Brain & Beast split their show into two halves. A mixture of deconstructed tailoring, graphic tongue-in-cheek designer knock-off prints, and undertones of fetish. Models were a generous mix of trans, drag queens, butch daddies, and all things unconventional. This brand is inclusive and works for all shapes, sizes, and varying degrees of beauty. 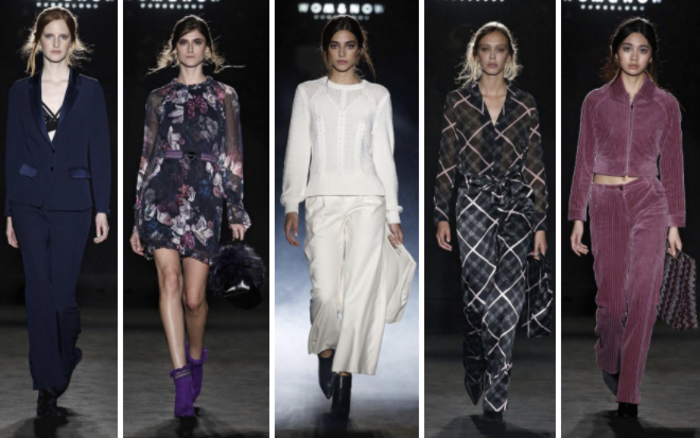 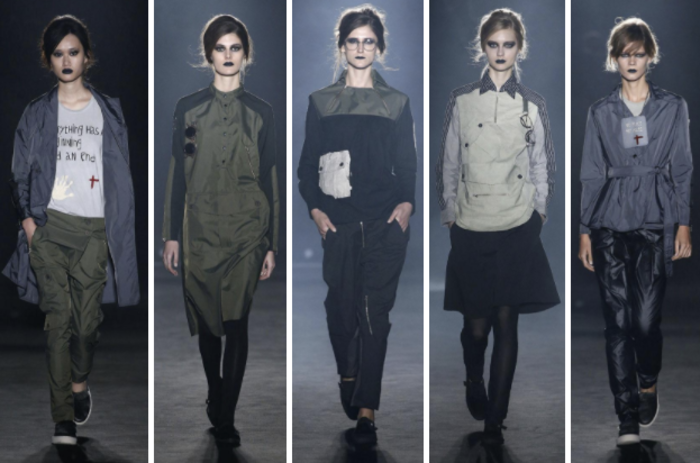 Hyper gothic in its approach Oscarleon’s collection had an apocalyptic feel with small notes of optimism as well as melancholy. Utility pockets were applied in an ad hoc style. Army green, blue gray, sage, and black were styled together in a monochromatic palette. 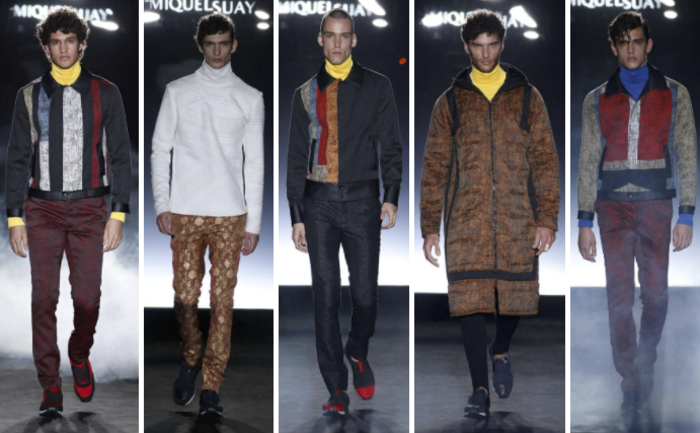 Color blocking was a key feature here, but the bold tones were calmed by scratchy textures that mimicked jersey marl. Boxy jackets were styled with yellow or blue primary tone roll necks while puffer coats sat at the knee and gave a cozy feel.