For 50 years, Rite of Passage Journeys has led youth into the wilderness and into adulthood on life-changing experiences. But for queer and gender non-conforming youth, the weeks-long backpacking retreats weren’t always an option.

“Whenever I say that word ‘transition’ which is so integral to rites of passage work, I always think of being trans and literally people transitioning, myself included,” says Pınar Ateş Sinopoulos-Lloyd, a Huanca nonbinary person who co-developed Queer Mountain Quest. 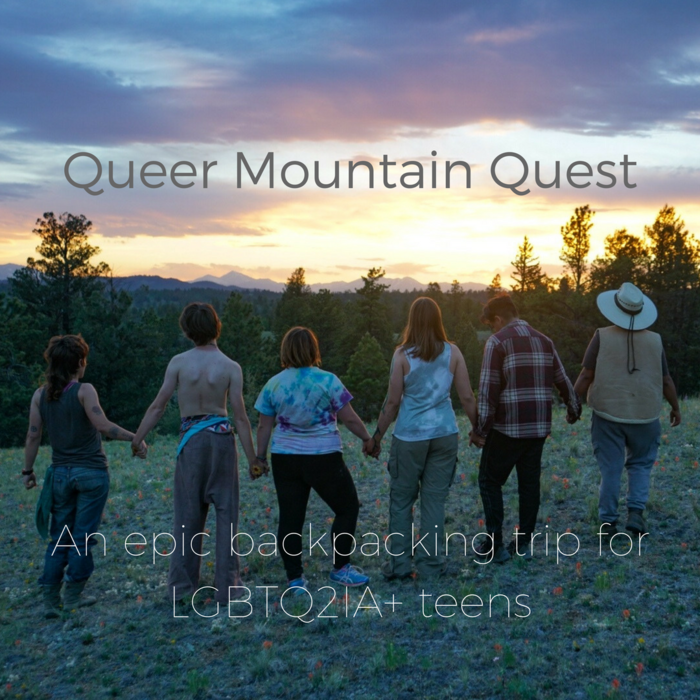 The journey aims to help youth transition from adolescence to adulthood. For trans kids who have been historically barred from some youth groups or left out because they were queer, the program seeks to celebrate them and the paths they have taken in finding themselves.

“To me, I think a big part of queer and trans Rites of Passage is to really honor the unique aspects of stories survivance and resilience in queer and trans bodies,” says Sinopoulos-Lloyd.

The program has been two years in the making.

A possible solution presented itself in April 2106 when Whithey saw Sinopoulos-Lloyd present at the Youth Passageways Gathering with their partner, So Sinopoulos-Lloyd, and Clem Wilson on “The Ecological & Cultural Role of Queerness.” The conversation specifically addressed rites of passage.

“We connected there around this idea of doing a queer-specific youth program here,” Whithey says. 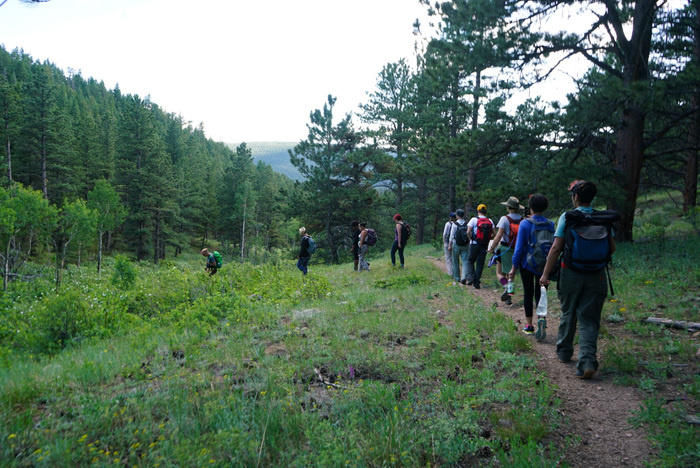 Getting the program started took time. Rite of Passage Journeys is a small non-profit with budgetary constraints, Whithey says. But Shulman, who had led a different program for the organization, heard about the idea and was excited and motivated to develop it. Shulman already knew Sinopoulos-Lloyd and Katonah, so the guide team fell into place.

Sinopoulos-Lloyd says Queer Mountain Quest intentionally elevated queer trans black indigenous people of color to leadership roles, and Withey says the leadership of those guides has reverberated throughout the nonprofit.

“It’s helping guide us into growth and changes that we want to make in our wider organization and work,” Whithey says. “It’s leading us in more inclusive directions in other ways.”

And three guides prioritized something else to make the program accessiblefree tuition. The two-week adventure comes with $1,975 price tag, but organizers said they didn’t want that to discourage anyone from attending. The group set up a GoFundMe to pay its costs. It has surpassed its $10,000 goal in just 22 days.

The camp has also already exceeded its goal for registration, and the trip now has a waitlist.

“We’re really excited and grateful to be able to excited to serve this population in a deeper way,” Withey says, “in a more intentional way.”