Time was up for Pam Grier long before the movement began.

The influential 68-year-old actress broke ground for black women in cinema as she led a wave of highly regarded feminist action films released in the 1970s and ’80s, such asCoffy,Foxy Brown, and 1997’sJackie Brown, all available now as part of 200-plus African-American films on Grier’s Bounce TV streaming service,BrownSugar.com. Grier wrote about her renowned roles in her 2010 memoir,Foxy: My Life in Three Parts.

She revealed much more, though.

In the book, Grier divulged devastatingly personal accounts of her own sexual assault experiences, years before a social-media assemblage named #MeToo would finally dismantle decades of sexual abuse in Hollywood.

With patriarchal resistance well underway, Grier is, once again, adding her unfettered voice to the conversation, reflecting on one particular rape experience she says propelled her to action-heroine status and all-around black badass. The queer community took note early on, but it was the North Carolina native’s celebrated turn as Kit Porter in Showtime’s groundbreaking first step for lesbian visibility on TV, The L Word, which ran from 2004-2009, that cemented Grier’s queer-icon rank.

Recently, the powerhouse spoke openly to INTO about inspiring queer people in anti-LGBTQ countries, as well as her reaction to people who actually ask if The L Word turned her gay and scripts she wrote that she hopes will be developed when the series makes its much-anticipated return. 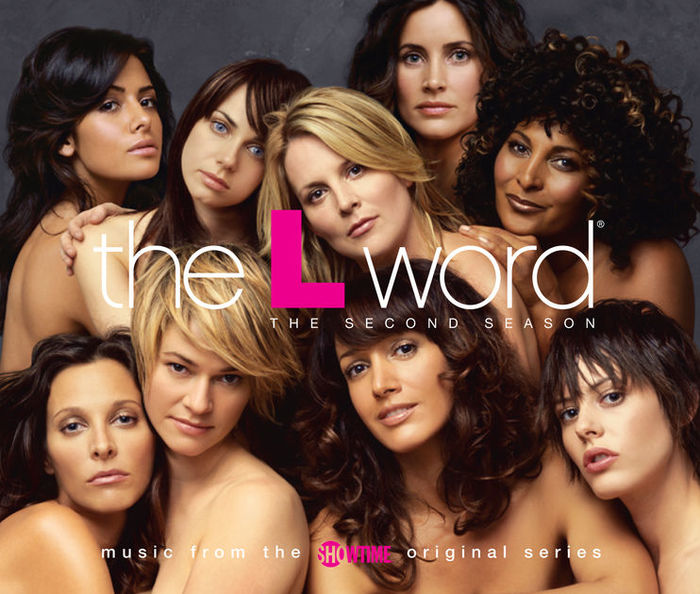 As someone who has long engendered female empowerment, this is an important time to be speaking with you.

Hey, I’ve been waiting. When my book came out in 2010, everyone was horrified that I was sexually assaulted at the age of 6 and then again in college, when I was 18, and then again two years later by another family friend, a male who was elderly. He was supposed to give me advice on courses to take in college and how to sustain myself. I wanted to be a filmmaker and it pissed him off I wasn’t embracing his ideas, which were old-school, patriarchal: “Find your husband and stay at home.” I’m like, “No, that’s not the new woman of today; obviously you haven’t heard from Gloria Steinem.”

And he proceeded to attack me. I fought so hard. I just said, “I ain’t dying today.” That last fight wasn’t in the book because one of the editors said, “We don’t want it to be just rape, Pam.” But that was the fight that was the impetus for me to go into film. I said, “You’re missing the point.” I fought a 300-pound former football player with my little skinny self and walked away, and I had won. So, for me, it’s like, it’s about time.

Is there a part of the #TIMESUP movement that has you particularly roused?

I was roused before it. I was always bringing it up.

So did you know what was happening behind the scenes?

I didn’t know. You hear rumors. But I wasn’t privy to that circle. And then a lot of the people who may have attacked other actresses knew they weren’t gonna attack me.

Harvey Weinstein made your Quentin Tarantino-directed film Jackie Brown. Had you heard about him and the allegations of sexual misconduct surrounding him at the time you shot that film?

I hadn’t heard it in that circle because he supported some of my charities. But when I heard the allegations that came out I was like, “Wow. What a completely different person than I knew.” I was surprised and I remain so. You know what, if it happened one time, that’s different than 50, 60 times. And consenting adults–there’s business decorum. If you meet in a restaurant, bring your husband, bring your boyfriend, bring your agent, manager, somebody just to make sure there’s nothing a predator would even think about doing.

But it didn’t happen to me. Made me sick knowing what I had gone through–two horrible attacks that ended up being rape, one as a child, one as a college student. And the third one, such a violent fight, which opens up the screenplay of my autobiographical movie. I don’t think it’ll be called Foxy. I think there will be another name that will be even more powerful. And it may not be one word, but it would represent a lot of women who have gone through so much of what I went through.

Please tell me Taraji P. Henson will play you.

You know, we could, but she’s a little older, I think. If she comes on and does a great meeting–’cause if you look at her in The Curious Case of Benjamin Button, she’s brilliant in that. 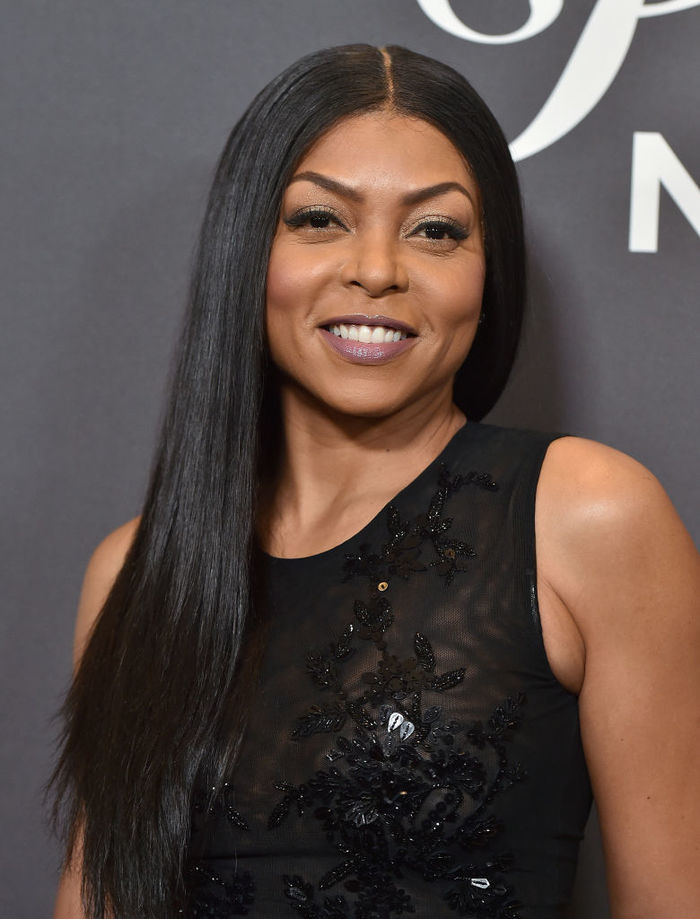 Have you seen her in her new movie, Proud Mary?

Oh yeah. We gon’ have some more Proud Marys and Pam Griers and Foxy Browns and Coffys–there’ll be a whole bunch more. Not every (actress) can embrace what it takes–not only to have your craft, because that’s one thing. When actresses ask me, “How do you portray strength?” I say, “The best killer smiles.” You don’t always have to look angry, or mad. Because then you give away your cards. Then your opponent will know what you’re gonna do and be prepared for you. So you need to smile. But it’s also The Art of War by Sun Tzu, and most people haven’t read that. Strategy and tactic. The best way to win is by looking like you’ve lost.

When we last spoke, you told me that some L Word actresses didn’t embrace their lesbian characters. Some straight actresses even were not keen on kissing other women. Why was your L Word character one that you fully embraced?

I wanted to put myself in the shoes of women who are gay to see what it would be like, what discriminatory practices they have to suffer from. These are human things. We’re all humans, first and foremost. It helped me because I needed to know what it was like. So, when I kissed a woman, it was like, OK, there weren’t any bells, nothing indicated to me that I could be a lesbian.

Was that your first true test?

I got to be with Kelly Lynch (who plays a genderqueer character, Ivan Aycock, on the show) and that helped me to understand how a woman who was born a woman but is more of a man could treat me better than the men in my life.

How did the show open your mind?

I was given honors from black lesbian groups–physicists, professors, doctors, surgeons–who invited me and I went and I was heralded. I was asked by some black academics if I became gay because I was around gay women. I said, “No. Do you become white when you’re around white women?” I wanted to understand, or at least try to comprehend, what (gay people) go through. I don’t have the DNA. It’s not validated by the AMA, but I think you’re born that way. So, let’s get critical, let’s think, and let’s be a little more human and embrace all of us, because we’re such a beautiful bouquet.

What were your first thoughts when you were heard The L Word was being revived?

It’s great. I said, “If it came back, would I do it? Of course I would.” The L Word is in 23 countries, and I think they need to show a woman of my age. I’ve written a couple of screenplays for The L Word, which would address aging, because the one thing The L Word was talking about was some of the girls were so model-thin and how that equates to beauty and youth. I met a lot of the gay women who said, “We’re not all size 2 or 0,” and I said, “OK, I’ll be the one who gains the weight.” I wanted to show someone with weight, and then finally they started showing more actresses that had weight, like Camryn Manheim. For television, they didn’t want actors to wear their hair gray. Everyone has to dye their hair and be timeless. 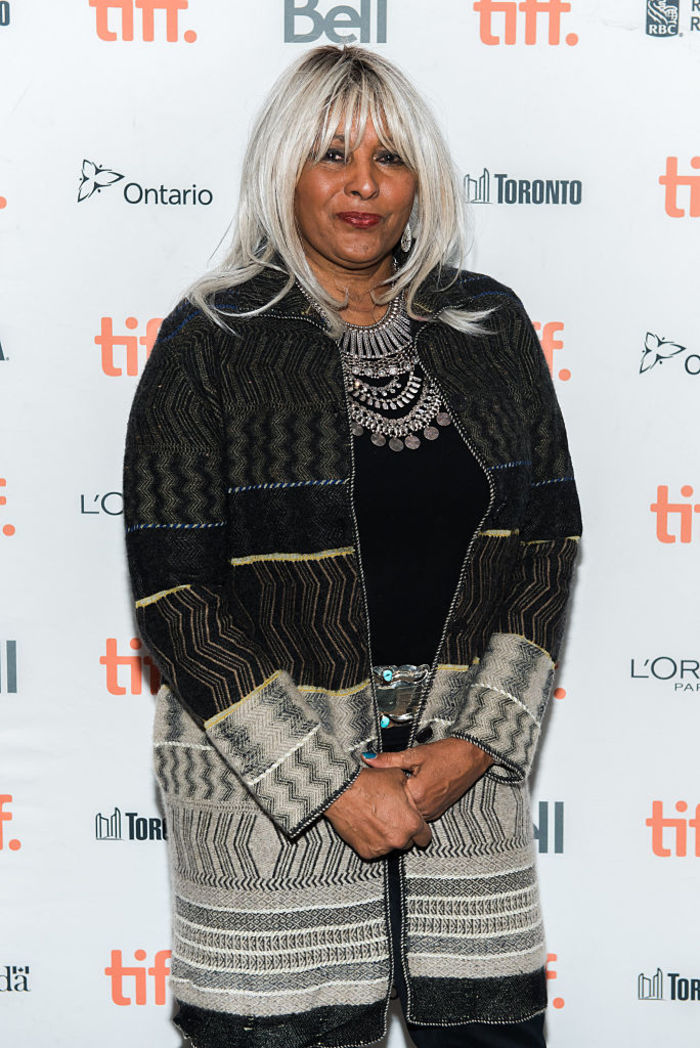 What would be great is if you came back to the show and dyed your hair gray to make that statement about aging.

That would be great for Kit to have. I’ve written an incredible screenplay that I wanted to do before we were canceled in the sixth season. I’m hoping to present it and pitch it and develop it with the writers. And I hope Jennifer (Beals) plays my sister again, and that we have the same cast: Kate Moennig and Leisha Hailey and some of the core that we had in the beginning, because (the script I wrote) is a thriller episode and then we go back to being ourselves, but we accomplish a great feat altogether. That I would love to see.

You know, when I went to a couple of conventions in Europe, I was signing not only L Word box sets but also Coffy, Foxy Brown, and (1975’s) Sheba, Baby. My hand would swell up. I’d be signing over 3,000 autographs where my hand had to be dunked in ice at night. I kid you not.

But these two women from Moscow, you could tell they were aristocratic or bureaucratic or plutocratic, but the upper echelon of Russia and they had bodyguards. Their bodyguards were wearing very dated Members Only jackets and Ray-Bans. You couldn’t see their eyes. And these women came to me and they had these DVDs of all my movies and they’re from Moscow, and I went, “Wow, so they have a big market over there?”

And one of them says, “No–you don’t want to know.” And the guard is just standing flanking this gay couple–they’re a gay couple–and that’s a no-no in Russia. 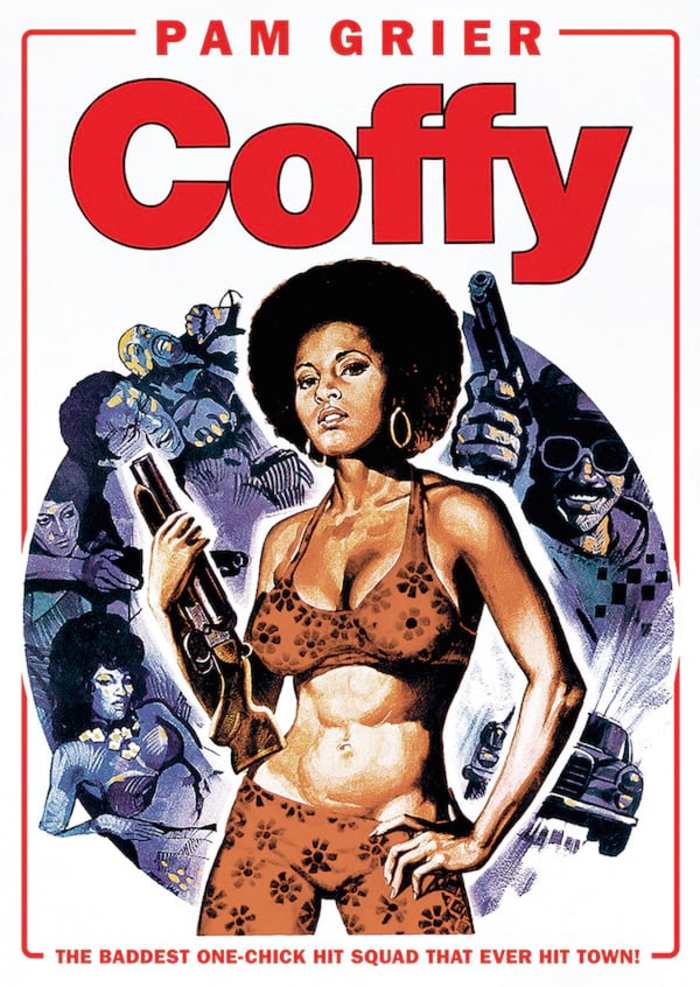 Knowing they were putting their life on the line to meet you, how did that make you feel?

My brain was about to explode. Here are these two women with all my movies with bodyguards and I don’t know if they’re KGB or private, but all I know is like, Well, am I gonna die? Am I gonna be kidnapped, a bag thrown over my head and just disappear?” [Laughs] But it didn’t matter to them. I was signing their DVDs and it gave them hope.

I also signed a poster of Coffy that had “Pakistan”stamped on the back, it had played in a home in Pakistan and any nudity or women being aggressive or formidable is against the law. So, they would see my movies in a different location every night. They were risking their lives. Knowing that people risk their lives to see my movies made me cry. That they could be hurt. And then to see another poster for Sheba, Baby in Arabic. They covered my cleavage, but I’m holding a gun, which is monumental for an Arabic/Muslim country–a woman holding a gun on a poster.

How do you process these moments where art transcends cultural boundaries that involve you and your work?

I have moments where I get really quiet, and I do cry. It’s a release of emotion. I do hope that people are safe. And that crying, that tearful release, is the fact that I’m so grateful that we have more artistic freedom in this country. We shouldn’t take that for granted, and we should explore and share each other’s hair weaves and braids, color, music, dance, booty-shaking, whatever artistic freedom we have.