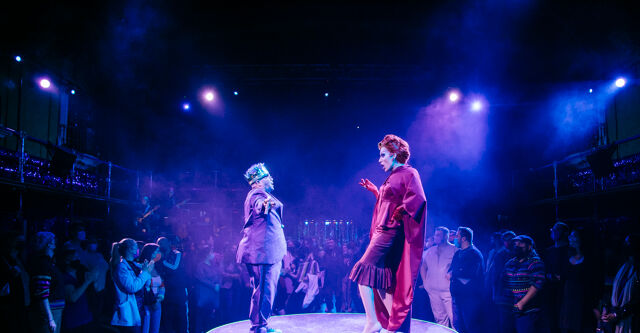 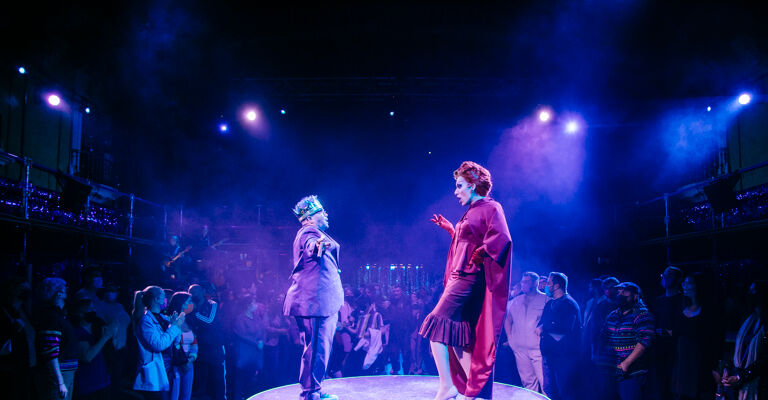 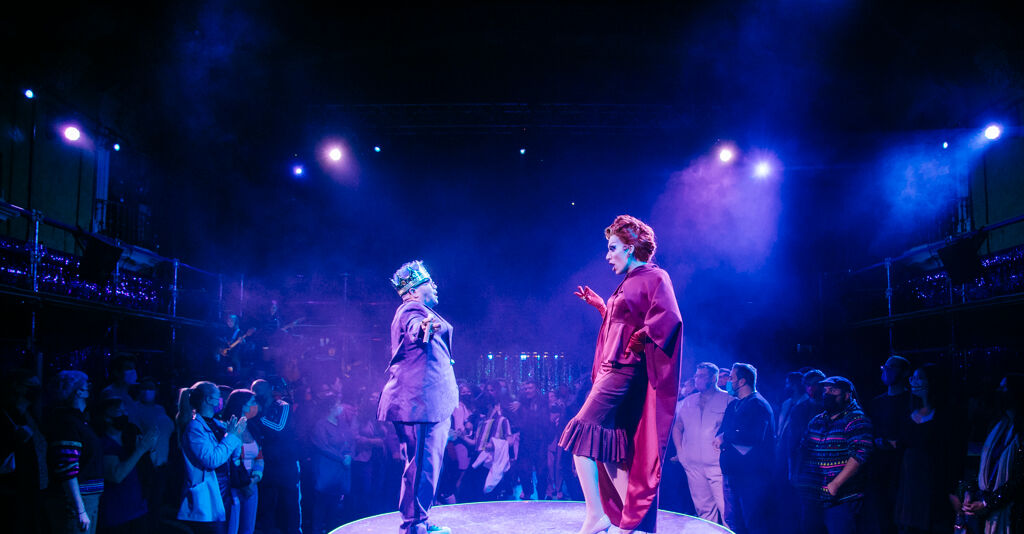 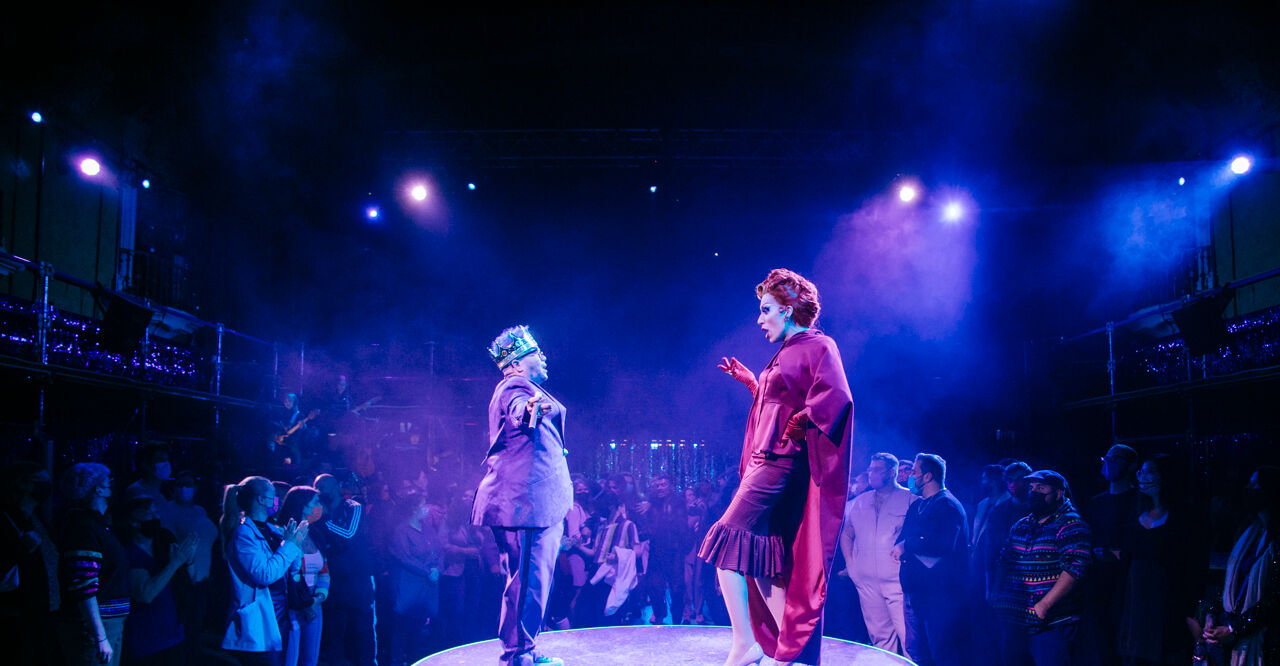 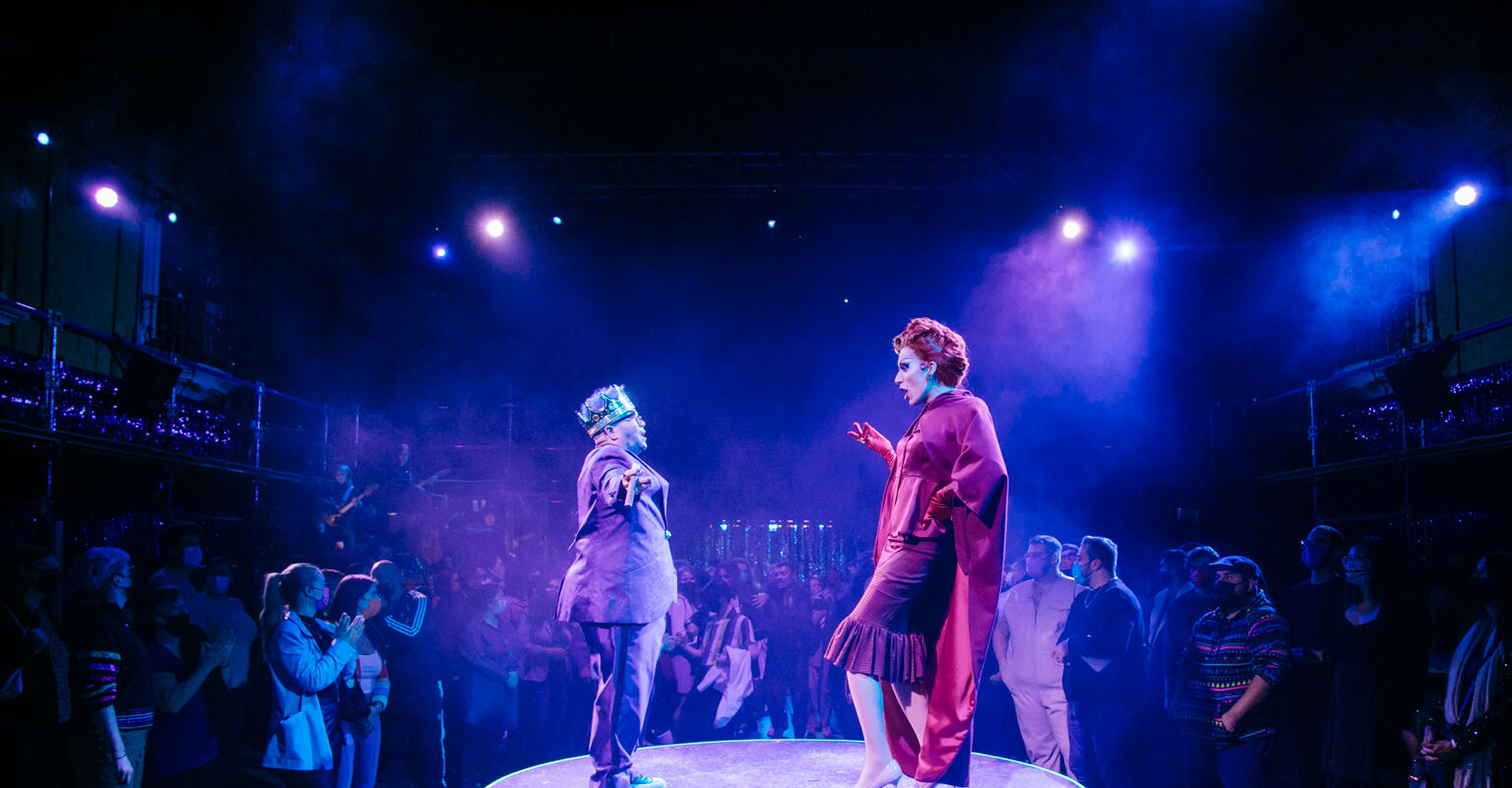 Fandom is a powerful thing. Take Mikayla Argain: they’re quite possibly the world’s biggest fan of “Head Over Heels,” the Broadway musical featuring the music of The Go-Go’s. They’re such a big fan, in fact, that going to the show once or even a few times simply wasn’t enough. Having seen “Head Over Heels” on Broadway and at a plethora of regional productions, Argain is quickly approaching their hundredth time at the show.

“Almost every production I’ve seen of ‘Head Over Heels’ lets underrepresented communities, especially our queer communities, be seen and given the opportunity to put together some very inspirational theater,” they say. “It’s a celebration of body positivity, lesbian and pansexual-type relationships, gender positivity, gender euphoria and nonbinary representation.”

But the current production at the Pasadena Playhouse might be their favorite rendition yet. They love it so much, in fact, that Argain packed their bags and moved from Fresno to LA for the duration of the show’s month-long run.

“I’ve been very blessed to have a combination of very nice friends that are allowing me to couch surf, and I also have been staying at Airbnb locations in the area,” they explain. “I’m very lucky — this week, I’m going to every single performance of the week until the end of the double two-show day.”

Argain’s love affair with “Head Over Heels” began back in 2018, when the show was in its pre-Broadway run at the Curran Theatre in San Francisco. They’d seen an article about “RuPaul’s Drag Race” star Peppermint’s historic casting as the nonbinary oracle Pythio, which made her the first openly transgender person to originate a Broadway role.

“I immediately dropped what I was doing, bought a ticket, and went to the next performance,” Argain says. “To see myself represented in the show, not only through Peppermint, but through the journey of all of the characters in the show — I had to come back.”

And come back they did: to the remaining two shows in San Francisco, and then to 41 shows on Broadway.

“I think I traveled close to 40,000 miles with ‘Head Over Heels’ before the Broadway production closed, just from all the driving and flying miles,” they say.

So of course, this year’s Pasadena Playhouse production was a must-see, not just by virtue of being their favorite show, but because of its innovative new take on the material. Its creative team, helmed by Jenny Koons and Sam Pinkleton, transformed the historic theater to be half traditional seating, half interactive dance floor, and cut the full-length show to a short and sweet 90-minute version with no intermission.

The show’s plot is loosely based on the 16th-century novel “The Countess of Pembroke’s Arcadia” by Sir Philip Sidney — but way more fun, and way more queer. It follows a royal family and their kingdom as they search for purpose and love. This production also features an all-star cast, including Lea DeLaria (“Orange is the New Black”) as King Basilius, George Salazar (“Be More Chill”) as Musidorus and “Drag Race” legend Alaska 5000 as Queen Gynecia.

“It’s not even funny how much of a theatre person I am,” Alaska tells INTO. “Getting to go and do a serious major theater production like this is really awesome. This cast, this team is unbelievable. The show is so good. The music is awesome. The Go-Go’s are not fucking around. When you get into some of this music, it’s like, the lyrics are awesome, the chord progressions are really unexpected and nuanced. It’s really awesome to be part of it.”

Indeed, the unstoppable beat of The Go-Go’s fuels the whole musical. And with this production’s open-floor setup, audiences are invited to feel the music themselves and dance along.

“You can get different angles and walk around and see a different show each time you come. You can just dance your heart out,” Argain says. “It certainly blew my expectations of what they would do with the work out of the water. So fantastic.”

Argain’s journey with “Head Over Heels” mirrors their journey with gender. As they were discovering the show in 2018, they were also beginning to publicly transition at their job.

“Fresno is a very conservative pocket of California. Very backwards about LGBT in a lot of ways,” Argain says. “And to work for education, which is a very typically conservative-type employer as it is, they felt like they were having some type of terrible crisis going on when I told human resources that I would be transitioning in the workplace.”

Argain was met with pushback from their employers, who tried to delay their transition. Argain put their foot down and began to publicly transition regardless. But it didn’t last for long.

“They found a way to pressure me out of my job. They determined that the gender dysphoria I was having was something that would prevent me from doing IT work for that organization, and I ended up without work,” they explain. With the added stressors of the pandemic, they’ve been unable to find another position since.

“I’m trying to get back to my career, but as Mikayla. Living as a nonbinary transfemme, it’s been pretty difficult in the Fresno area to find employment. Thankfully, I’m a good budgeter,” Argain says. “I still am able to not only survive, but to travel. And so I’ve been using this time not to sulk about what has happened but more to inspire myself for what’s coming down the road.”

“Not anything that gets in my way in life is going to stop me from being my true self,” Argain says. “I’ve always been who I am. I’m just now getting to show the world who that is.”

And along the way, they get to inspire others, particularly in the audiences of “Head Over Heels.” Argain says they’ll often walk through the dance floor prior to performances and ask audience members their pronouns.

“People light up and smile and tell me their pronouns are they/them, and I just let them know, ‘You’re about to go on this journey that is so positive in all these ways. You’re going to see yourself reflected,’” Argain says. “They often will come back to me after the show and say, like, ‘This was the best night of my life!’”

One such encounter was with a teenager named Bee, who had recently come out as nonbinary and was seeing the show with their mother. People like Bee, Argain says, are the reason “Head Over Heels” is so revolutionary, particularly for nonbinary representation.

“It’s so neat to see people like Bee see themselves represented, because we don’t have that representation as nonbinary people, especially in musical theater,” they say. “When we do have representation, it’s often not in a joyous, celebratory way.”

“It’s so important that the show continues to get licensed, to get produced, to get watched, to get experienced,” they explain. “It was very inspirational to me and kept me going through my transition. And it’s been absolutely a blessing to see it reach so many people across the country, and it needs to be able to keep doing that. That, I believe, is the importance of ‘Head Over Heels.’ It fills this hole.”