I first saw Paul Mpagi Sepuya’s work at the Hyde Park Art Center in 2014 during his Jackman Goldwasser Residency in my neighborhood in Chicago. I was fresh out of college with a photography degree and immediately drawn to his fragmented figures, use of self-portraiture, and narrative images. Gay culture and desire wereand still areevident in Sepuya’s body of work. But his execution of imagery, and layering of ephemera is what activates the viewer; has them groveling on the floor.

Sepuya currently lives and work in Los Angeles after spending 14 years in New York City. He graduated with an MFA in photography from UCLA in 2016, and is currently a visiting artist faculty member at CalArts. His work has previously been exhibited at the Museum of Modern Art in New York, the Institute of Contemporary Art Philadelphia, and the New Museum. His book, Studio Work, was published in 2012 which features portraits, snapshots, and documentation of the studio space. Many of his images present the deconstruction and reinterpretation of existing images. 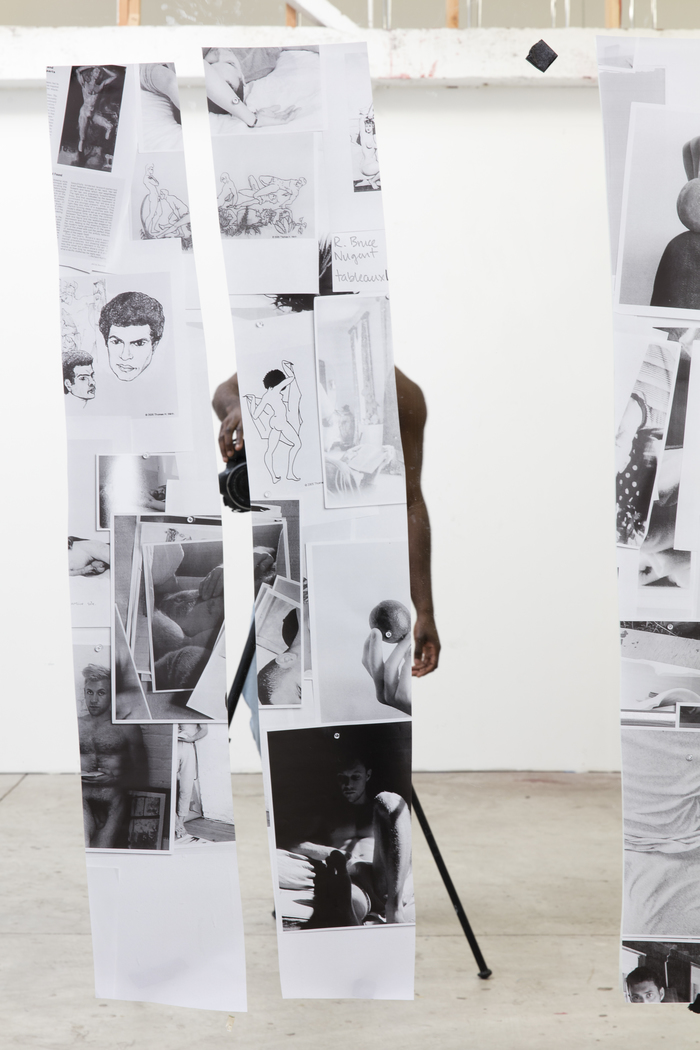 Sepuya’s work lingers on themes of homoerotic intimacy, natural moments, and the manipulation of gesture. In many of the photographs, the subject is either Sepuya himself or a close friend.

“I don’t photograph models or strangers because friendship is the one essential thing,” Sepuya tells INTO in an email.

When I look at Sepuya’s images, I can’t help but imagine what occured before or after the image was taken, before the shutter was clicked. Was there a stillness? Was there a rush of poses, control, or instruction?

His images are sincere,natural; it’s as if the photographer captured the presence of nude bodies lingering in front of a mirror by chance. Sepuya explains that none of these images are “natural”: “But they flow from existing relationships and dynamics both public and private.”

Another component of Sepuya’s body of work is his inclusion of the studio, and how these surrounding materials and pre-existing photographs are influential. His camera, equipment, tripods, older photographs, text, and reference books are layered on top of one another to create a sense of action, movement, and growth. Sepuya physically crops, edits, and frames his images. 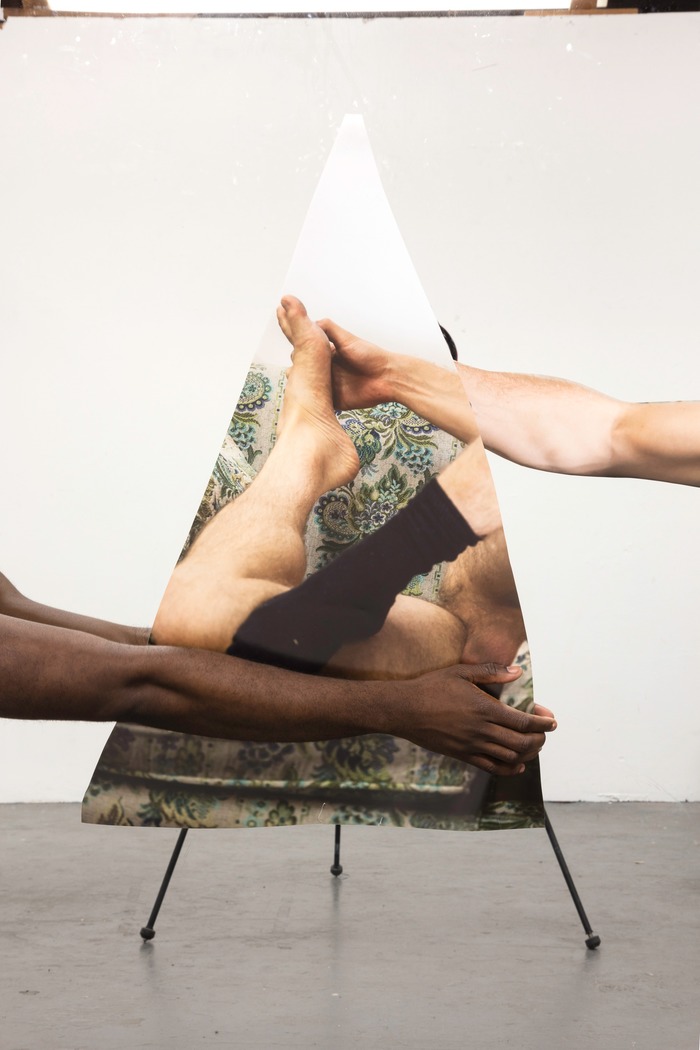 “It’s about manipulation and control,” he says. He looks at the frame inwardly and thinks about “how a black subject may be accountable to desire rather than a proscribed representation.”

This type of fragmentation is displayed through his inclusion of the camera and the surrounding studio in many of the compositions. Many of the images seem to be working through a process, photographs loosely hang from walls and black cloth partially reveals human arms and hands. In the piece, Darkroom Mirror Portrait (_2050021), 2017 Sepuya sits with a figure while he interjects his face with a camera in the reflection of a mirror. The camera is the tool for documentation, but also lends itself to interacting with the intimacy in the image and creating a tension.

“A camera should be able to be a representation of blackness, of queerness, even when I have walked away,” Sepuya says.

The artist’s photographs continue to challenge the viewer in what they believe to be the human gaze and what it means to document an image. The works are presented as installations and then documented to further remove the viewer from the initial image within the piece. He challenges the viewer by draping or masking identities. In the piece, Mirror Study (4R2A0857) 2016, from the Project Figures, Grounds & Studies, Sepuya introduces male arms into view; they are strong and present in order to culminate the final composition by connecting natural lines and curves. 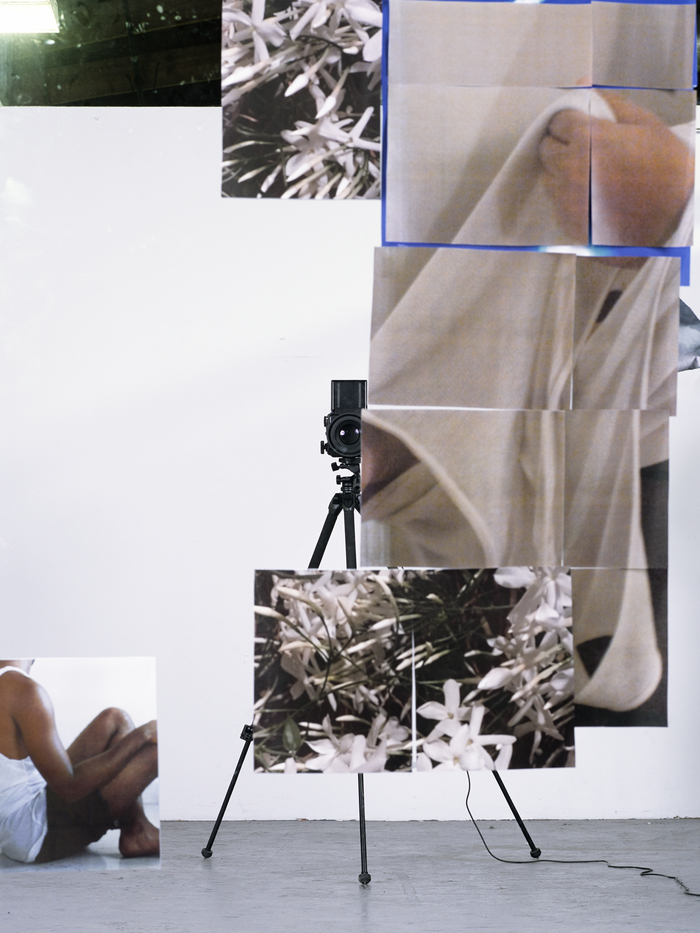 These pieces from this project suggest that identity is suggestive, incomplete, and dense. These images appear to be documentation of a performance, or a curation of art objects, though they may be neither. Sepuya is investigating the limits of photography and what portraiture means as a post-modern photographer.

The choice to fragment, crop, and shieldbeyond formalityalso responds to the queer identity. The New York Times piece, “When it Comes to Gender, Let Confusion Reign” suggests that “Queer is even more category-aversive. It’s not so much a personal identity as a political impulse, a strategy for thwarting assimilation and sowing constructive chaos at a time when culture wars are again escalating.”

When I asked about Sepuya how these works comment on the gay experience he says, “Sexuality and gender are fluid, dynamic, and I am excited to see so much work exploring those themes. But if I am honest, my work is pretty much centered in homoerotic experience, which is my own.” He continues, “That’s just one point on the spectrum.” 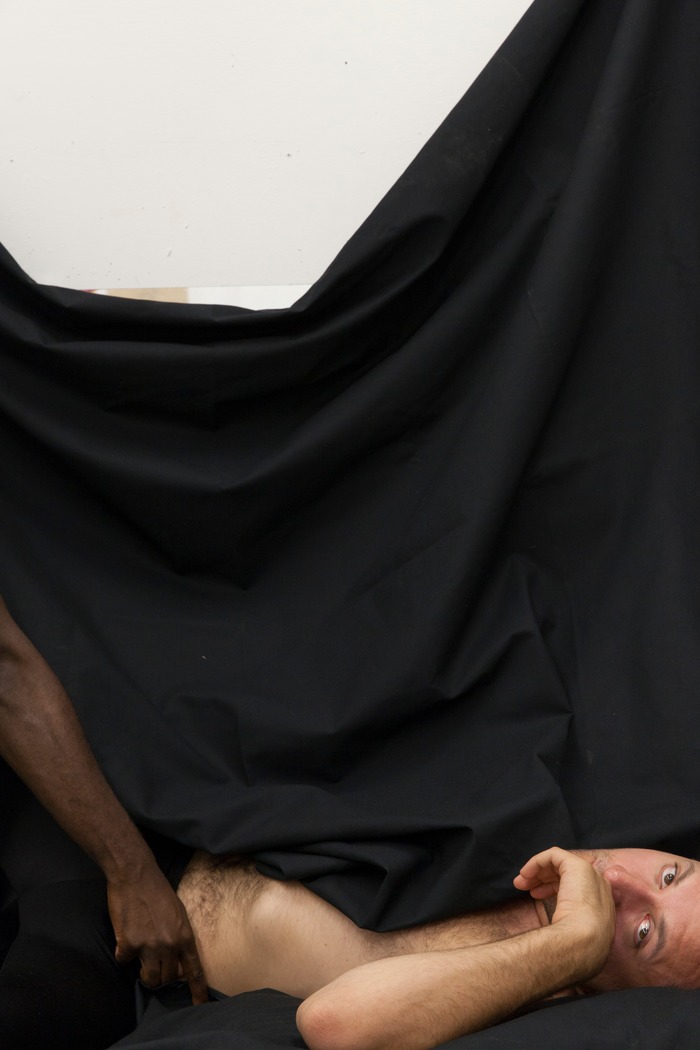 Sepuya’s images are playful. They tease, lure, and tempt us. His photographs bleed into one anotherresulting from failures, successes, and finding a way to marry the experimental investigation that occurs within the studio.

“It’s about presence, as opposed to representation,” he says. I want to be present, embedded within the work in all ways regardless of the play of representation.”

Document Gallery in Chicago presents a solo show of Sepuya’s work April 14-May 26.