Ahead of National Coming Out Day 2017 this Wednesday, Logo and NewNowNext asked 40 LGBTQ public figures including singer Melissa Etheridge, actor Daniel Franseze, and more to write letters to their younger selves. These letters share wisdom, advice, encouragement and, in the case of RuPaul’s Drag Race season nine runner-up Peppermint, both thanks and apology. Into is proud to share Peppermint’s letter to herself below.

I want to say thank you and I want to apologize at the same time.

I want to apologize that I couldn’t protect you.

I want to apologize for waiting as long as I did to just sit and think about the reasons not to take the same types of risks that you took as a child. It may seem pointless at times, it may seem lonely, but please know that you are so essential.

Also, do not throw water on a grease fire. The scars still haven’t gone away.

All 40 #LettersToMyself can be found here. 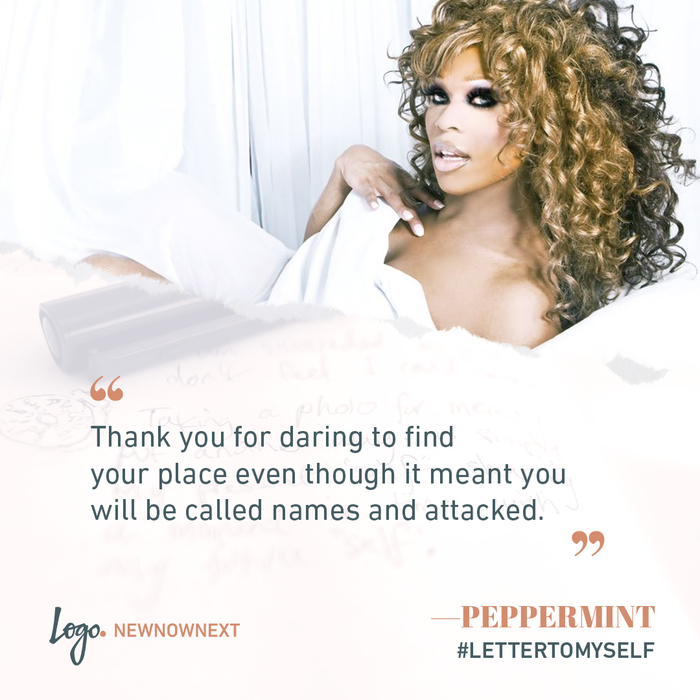