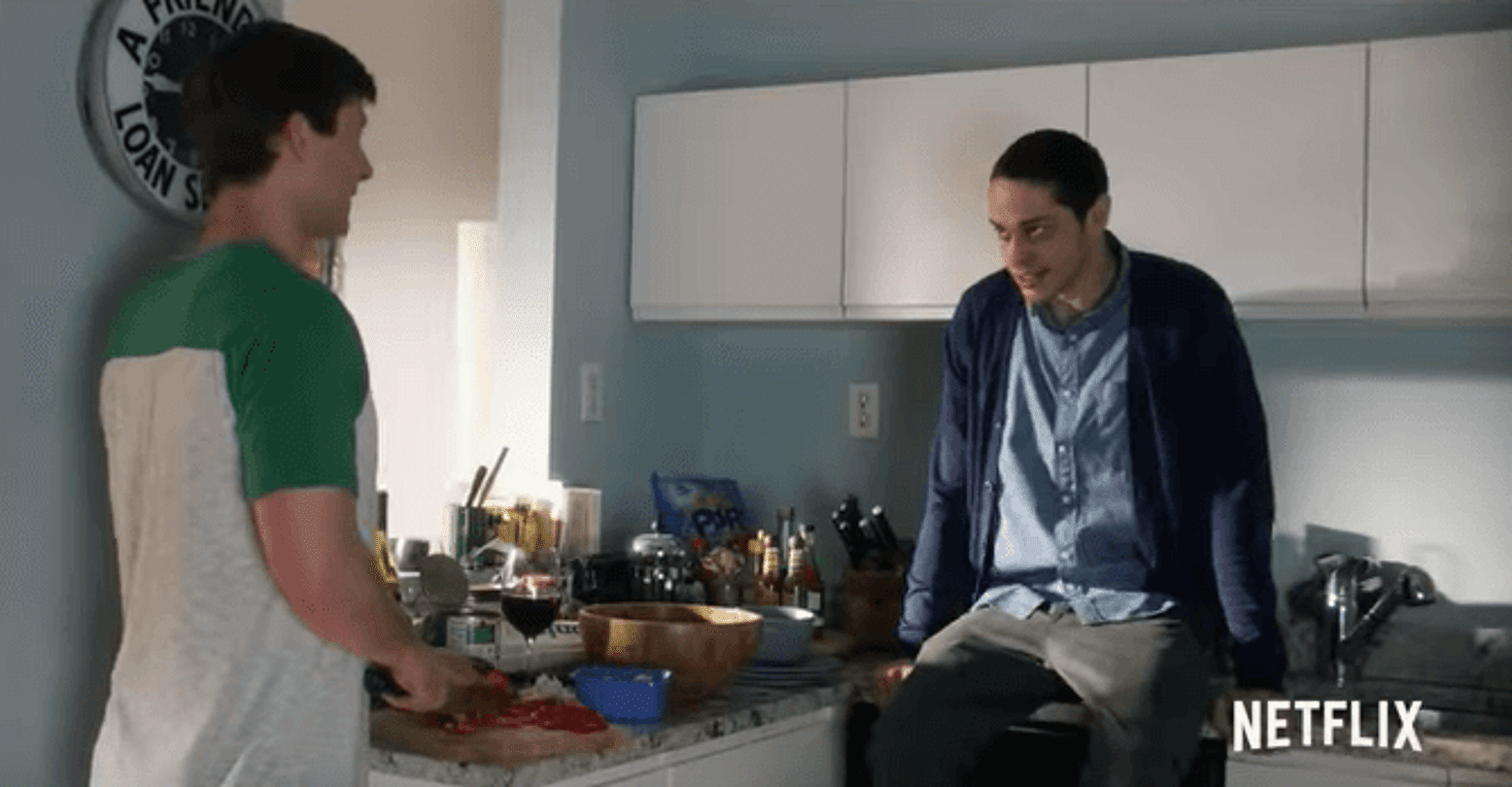 The new Zoey Deutch-starrer Set It Up hit Netflix last weekend and many critics have hailed the film as a much-needed revival of the romantic comedy genre. Deutch stars alongside Glen Powell as two personal assistants who set up their bosses, and in turn, end up falling in love instead. Also featured in the rom-com is Pete Davidson, of Ariana Grande—err, SNL fame. The comedian plays a total weirdo gay guy named Duncan, and while I could sit here and pick apart the stereotypes or tropes his character might fall into, I’d rather praise the movie for its caustic representation of queer men. For that reason, we have decided to stan.

Duncan is roommates with Charlie (Powell), and they’re self-described best friends. He’s a cross between a bridge troll lurking in the darkness and a fun-loving gay man. When we first meet Duncan, he scares the bejesus out of Charlie, dwelling in their pitch-black apartment in silence until Charlie comes home from a long work-day, takes his pants off, and turns the lights on. This is one of the many times Set it Up aggressively tries to convey that Charlie is totally cool with having a gay roommate—heroic! He might seem like your everyday Wall Street douche, but he’s actually such an ally that he can be pantsless in front of a gay guy. Viva Charlie!

But the scene is genuinely funny and inoffensive. Charlie asks, “Do you have a guy over?” Duncan retorts, “Why do you always assume I have a guy over? Not all gay guys are having sex all the time.” The two then deviate into a conversation about their careers—Duncan is a teacher—before a male stranger walks out of the bedroom and kisses Duncan on the cheek, whispering, “I’ll call you later.” Seeing Charlie’s judgmental stare, Duncan ripostes, “Okay, technically, this time I did have a guy over.”

I like how Set it Up cracks jokes about Duncan and his sexuality, because we should be able to do that, as long as sexuality isn’t the butt of the joke. Queer people need to be in on the joke for it to work, and in this movie, the joke isn’t that Duncan’s gay, it’s who he is as a person—and part of that is acerbically admitting that he falls into a stereotype of a promiscuous gay man.

Later, we learn other weird stuff about Duncan that made me grow fond of him. Like, when Third Eye Blind is playing in the apartment, Charlie knows not to enter, because it means Duncan’s hooking up with a guy—their very own quirky sock on the door. He has no filter, impudently telling Charlie that his girlfriend (pre-Zoey Deutch) sucks, and roasts him for wearing ugly shirts. He believes romantic partners should poop in each other’s apartments on the first date to mark their territory. He’s cute and funny and nuanced—exactly the kind of character queer people have been begging to see in mainstream comedies. 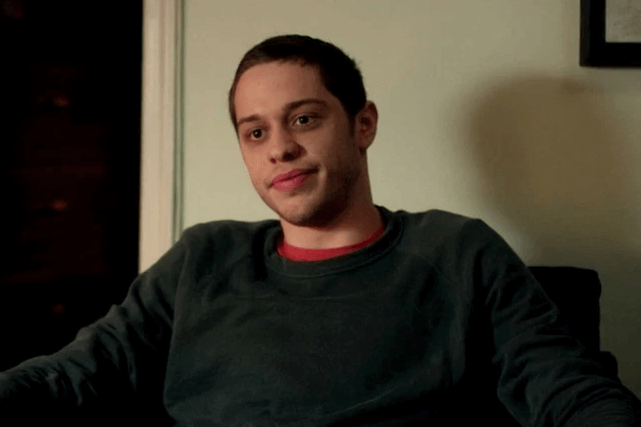 Plus, the jokes he makes about his sexuality are self-deprecating in a way that’s actually funny and true-to-form for many queer people. For example, when Harper (Deutch) tells Charlie and Duncan that the first guy she slept with came out as gay while inside of her, Charlie is shocked, but Duncan deadpans, “Yeah, you know, it’s kind of like you don’t really know until you’ve tried it. And then once you’ve tried it, you really know.” First of all—been there. Second, I think many queer people do this—we often joke about our sexualities as a defense mechanism. I’m not saying that it’s right, because that sentiment is actually a deeply dark and upsetting reflection of the ways in which we internalize homophobia, but it’s true. We do it.

Look, the movie’s not perfect. Sometimes, they lean a little too hard into discussing Duncan’s queerness. When he first meets Harper, she enters Charlie and his apartment and Charlie makes a comment about their bosses’ first romantic getaway being “Boner City.” Duncan pops out from behind a bead curtain and excitedly quips, “Someone say Boner City? Friggin’ love that place.” Then, Charlie introduces his roommate as “a teacher at a middle school in the Bronx, but he’s gay, so keep your ovaries in your pants.” Like, we get it. And how often do straight best friends introduce their queer best friends as gay, right off the bat? Never. And when the three subsequently walk into a pool party together, Charlie yelps, “Do you see all the hot guys here?” Duncan finally replies, “Yeah, don’t do that.” We. Get. It.

But overall, I’m grateful for this movie and any movie or TV show that lets queer people be explicitly queer, happy, and funny. For Pete Davidson’s character, his sexuality was super low-stakes and non-dramatic, and we don’t see that very often in mainstream rom coms or comedies, so that’s a major step forward.