“I was on Instagram and I stumbled across this pin from Musty Boyz of Bart and Milhouse kind of embraced,” Batalla told INTO over the phone this week. “I thought it was the funniest thing I had ever seen.”

When the pin came in the mail, an attached card forwarded Batalla to a hashtag filled with other pin creators and collectors. Since that first purchase, Batalla has gone on to collect more than 300 pins, prominently displayed on his pin-based Instagram account Pintercourse which is specifically centered around “queer, filthy and unusual pins.” That account, along with a range of pin creators and other collectors, is a part of a flourishing niche queer pin community formed over the last year.

Stephen McDermott was one of the first in the space, releasing an enamel pin design featuring a reclining male figure in a jockstrap and socks in the summer of 2016 alongside a zine he had produced. When that pin sold out within a month, the Toronto-based artist decided to release more, allowing his illustration work to take a backseat. According to McDermott, pins currently make up about 75% of his business. Many of those designs are themed around nudity and jockstraps. 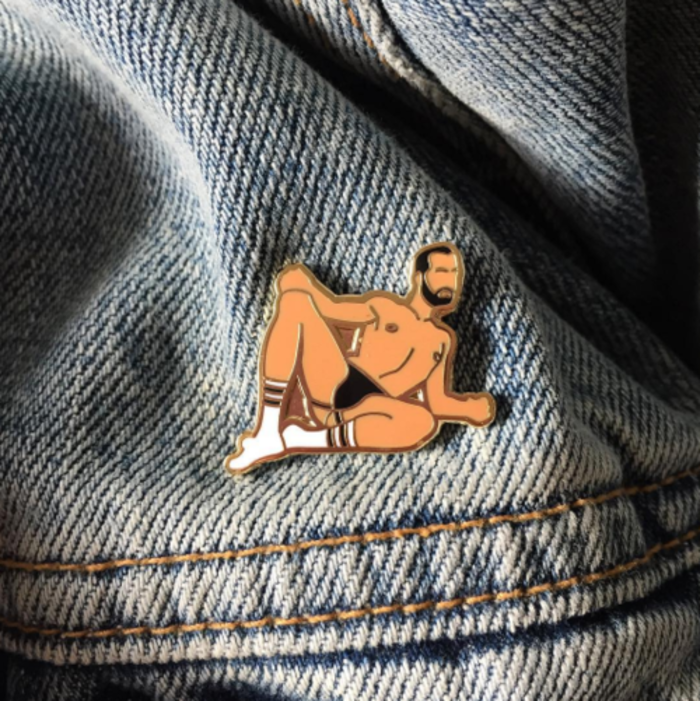 “We were [painting on China] plates and one of them that was taking off in particular was this boy that was giving head to a banana,” says Kris Aaron, who co-founded Pansy Ass with his partner Andy Walker. “That was a crowd favorite as well as our bondage boys so we thought why not use some of our more iconic images to create pins.”

In short order the pin company GAYPIN’ Guys launched and Starrfucker released their own designs in January and February respectively.

“[Pins] really give people the ability to customize their message, customize their garments and customize their life,” says Jordan Roschwalb, founder of the 2014-found company Pintrill which opened the first pin store in the world. Pintrill, on average, releases about 30 to 40 new pin designs a month at varying quantity levels. And while they serve the entire pin market, collaborating with the likes of the NBA, Power Rangers and Billionaire Boys Club, it has done LGBTQ targeted projects like collaborating with Levi’s for Pride as well as Micah Jesse and Connor Franta.

“It really gives people the ability to really to show a piece of themselves, through their pins,” Roschwalb says. 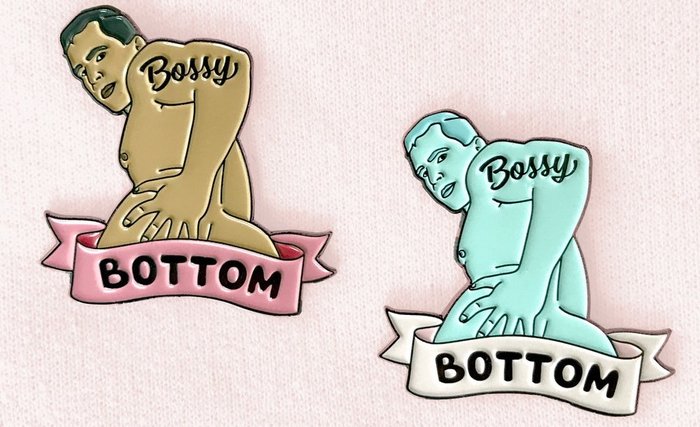 “The two things I try to think about are being visible as LGBT in some way and being fun,” says Stevie Hannigan, who is the designer of the three part GAYPIN’ Guys team. The company has collaborated with the likes of Laila McQueen and Bob the Drag Queen in the past, and this week, they debuted their first collaboration with the Tom of Finland Store.

“I think it’s growing in importance that people in our communities are visibly out and our pins do that for you,” Hannigan says.

For pin creators, the allure of the medium is simple: pins are low-cost and easy. For artists, pins allow fans an incremental way to show support both monetarily and visibly. But they also show common interests in things like cult movies and drag.

“The reason I love pins is because they touch on reference points that not everyone knows about,” Batalla says, having started making his own pins under the name Chronic Sissy about six months ago. The brand currently sells pins of Venus Xtravaganza of Paris is Burning and Noxeema Jackson of To Wong Fu. “So when I meet someone it’s like wow you really loved this character enough to get a pin so like let’s talk about this movie.”

But pins are also a business. Drag Race stars frequently add them into their merch mixes with House of Avalon having hosted a flash sale of Drag Merch pins this week. Seth Fornea, the gogo-boy, swimsuit model and hunky ginger on Instagram, collaborated with McDermott on pins for his own site. They represent an easy allegiance buy for hardcore fans as well as the perfect low-impact gift. 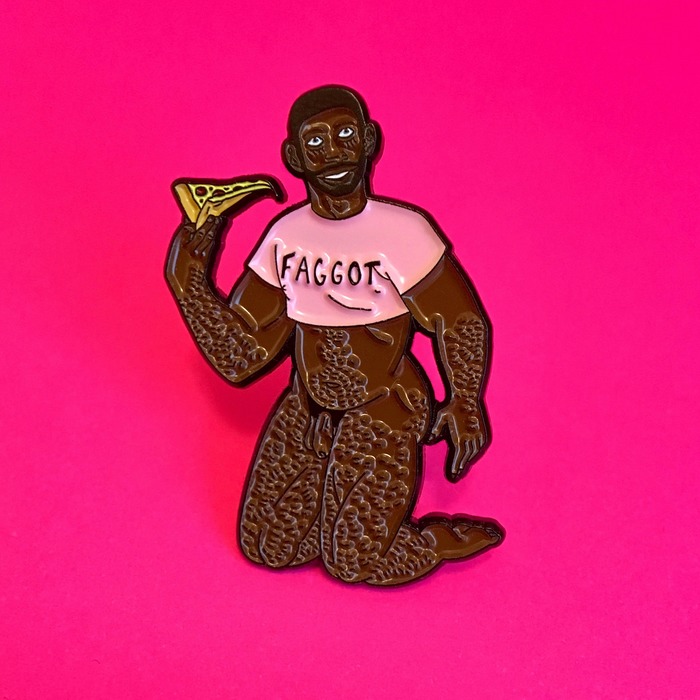 And as with everything, there are the superfans.

“Actually something that’s really interesting is about three or four people have asked us if they can get the pins made into tattoos,” Walker says.

McDermott says his pins, too, have been turned into body ink.

“It’s really interesting that these really fun, campy things we are creating are really resonating with people enough that they want to have that permanency.”