It was in 1970 that sociologist Laud Humphreys released “Tearoom Trade,” a controversial investigation into the lives of men conducting anonymous sex in public bathrooms. Although the various findings were fascinating, dispelling widely-believed stereotypes and even discouraging police surveillance, the researcher was widely criticized for using subjects’ personal details and license plate numbers without consent. Almost 60 years later, the text still reveals a glimpse into the clandestine lives of men whose sex lives were punishable by law; it was this world that academic and game developer Robert Yang sought to explore with his latest creation, “The Tearoom.” 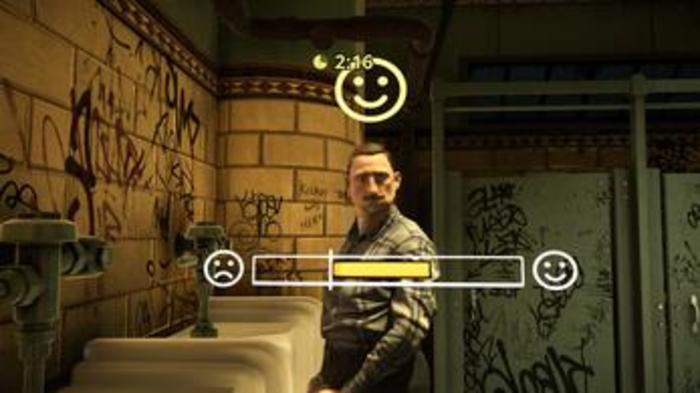 For this project, what was it that fascinated you about Laud Humphreys’ “The Tearoom Trade” in particular?

Humphreys literally talks about cruising tearooms like a “game” and even talks about some possible rules and strategies. It was basically a game design document just waiting to be realized. I highly recommend everyone read it, it’s really fascinating – I could probably talk about it for hours.

Roughly how many trial versions of the game did you create before coming up with the final result?

If you’re familiar with cruising, you’ll know that architecture and floor plan are really vital. The layout of the game’s bathrooms went through a few revisions; originally it was a lot bigger, like a stadium or a theater bathroom, but then I saw Humphreys’ diagrams and made it much smaller, like a small roadside park’s bathroom. The fellatio system was also more complicated originally – you would have to sort of match a rhythm for how each guy likes to get blown. I realized that was unnecessary, and that players would project all their assumptions about blow jobs onto the game anyway.

Can you tell us more about the decision to replace dicks with guns?

I’ve made lots of other gay sex video games before, and most of them got banned by Twitch.TV, which is the most popular live-stream platform for video games. You have to understand that guns and violence in video game culture are totally normalized – it’s actually strange that most of my video games don’t have guns in them. Replacing the dicks with guns is my way of calling out how stigmatized sex is in video games. I get a lot of requests to replace the guns with penises, but I won’t feel comfortable doing so until Twitch unbans my gay sex games. 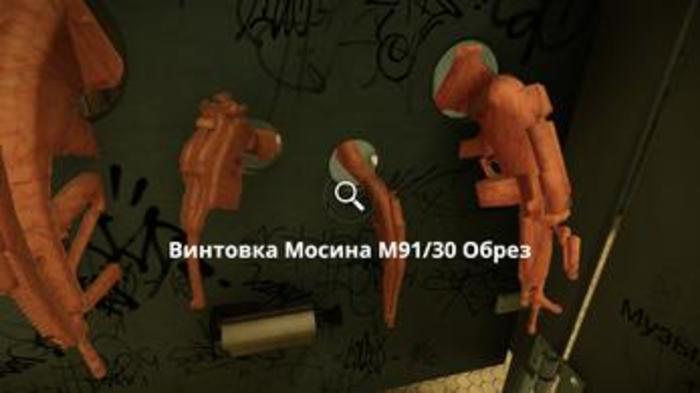 Your game makes a strong comment on police surveillance, particularly in relation to gay sex. Do you think this history is often forgotten?

Yes, but people aren’t just forgetting the history, they want to forget it! This year there were huge controversies about police marching in Pride, which exposed a big divide in the US and Canadian gay communities. Police have historically been one of the gay community’s most violent enemies. Okay, cops no longer regularly raid Stonewall, but they still totally harass other minorities, and they still target gay people outside of West Village and Chelsea. This game was my way of educating myself, as well other younger people in my generation, about how gay people were, and still are, targeted by our government.

You’ve talked about the war against sex games in the past – some of your games are even payment-disabled. How important is it to still put your work out there on a pay-what-you-want basis?

Again, video game culture is fucked up – you can get hate mail and death threats for charging $20 for your game instead of $10. I didn’t want to deal with all that gamer entitlement, and I also have a day job so that I don’t have to rely on my games for a living, so I guess it’s good if the game is as accessible to as many people as possible.

Your work has been reviewed by non-LGBTQ YouTubers with thousands of followers who know nothing about its history or purpose – how do you feel about this?

Some YouTubers get it and help elevate the game with their performance, but the vast majority use my games to fuel their homophobia and ad revenue. “Look at this outrageous video game. Isn’t gay sex disgusting?” It annoys me greatly, and sometimes I wonder whether I should start a YouTube war to have DMCA take down their videos of my games – but, in the meantime, I try to make my peace with it. That’s the strength and the weakness of video games as an art. I have to rely on the player to fill in the other 50% of the meaning – sometimes their contribution is great, and sometimes it is terrible. 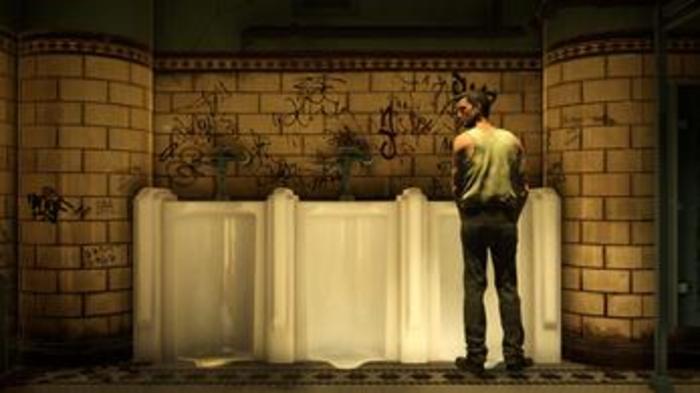 Some of your games employ innuendo and analogies, whereas others are explicitly gay. Why is this?

Did gaming help you to explore your own identity?

Sure. Just like any other form of media, you’re trying to find out why you like certain things. Maybe one day you realize you like playing Street Fighter because Zangief is really hot, and one thing leads to another. I can’t really point to any specific game or anything, but games often facilitate role playing and imagination like that, as you wonder about different possibilities.

Do you think the future of gaming will be more gay?

Yes and no. Yes, there will be more gay characters and gay stories in games, but it will just be a superficial shadow of gayness; a form of rainbow-washing, a way of using gay culture to sell more products instead of investing in gay politics.