For centuries and across cultures, men have been taught that the only sin worse than homosexuality is effeminacy, potentially inviting danger with any expression deviating beyond a traditional masculinity.

With a greater social acceptance of gender fluidity and play, there is a broadening of what masculinity encompasses.

This photo series affords the privilege of greater gender expression to the generation before, men who may not have been allowed to explore the full spectrum of themselves. And captures a rare expression of play, vulnerability, and male beauty – a chance for these men to enjoy a greater flexibility on how to present themselves to the world. 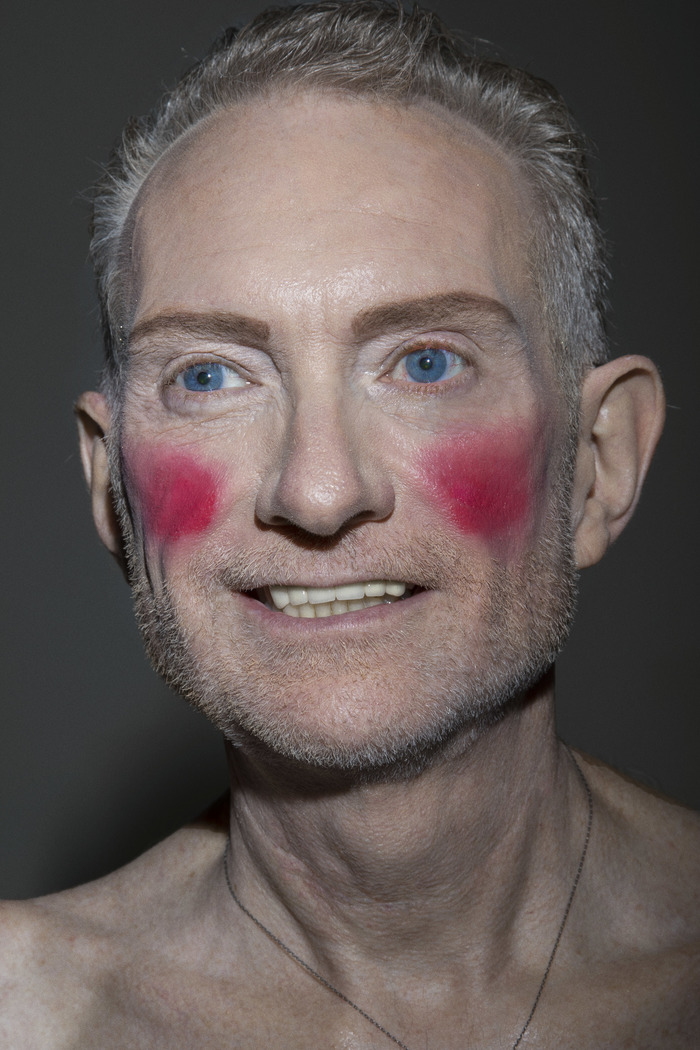 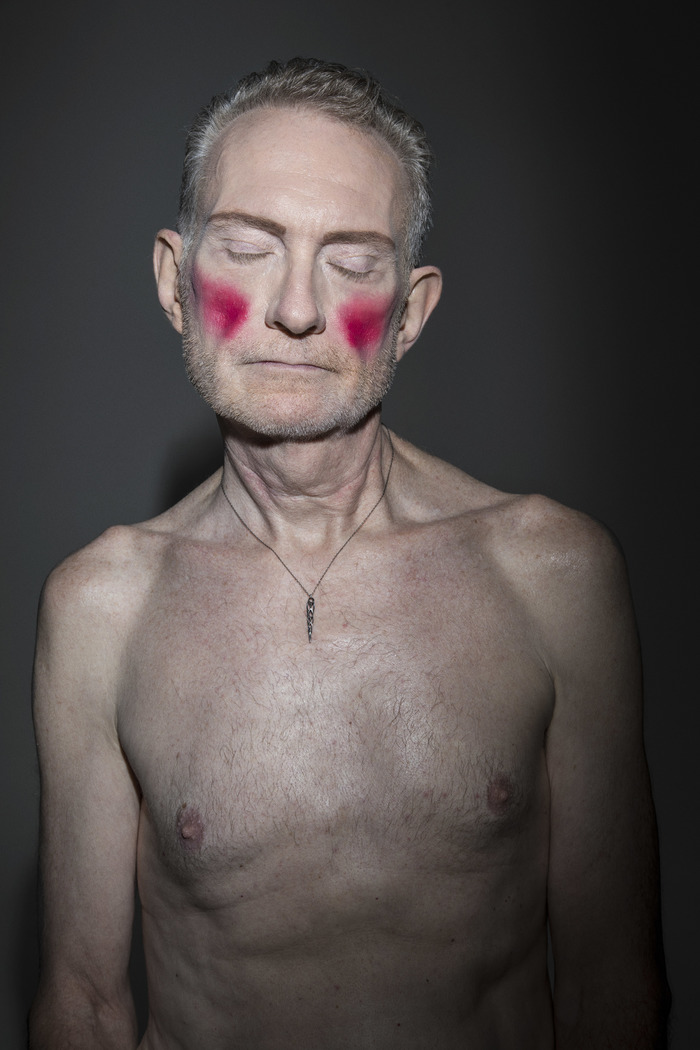 What was it like playing with gender for the shoot?

Genderplay is not something that was on my mind or in my consciousness at the shoot – it did not occur to me that I was playing with gender. I just enjoyed taking the direction of the photographer and trusted the process. Makeup or clothes don’t really change who I am at the core and I feel really comfortable with all aspects of it, knowing who I am. I think it’s silly to assign gender ideas to objects or images, for myself. I think in terms of nurturing or playful or aggressive ornot really thinking, “Oh, that’s masculine or feminine or man or woman.” We all have everything to different degrees – we just express things in different manners and todifferent extents. It’s fun to play dress up or to wear makeup when I do not in my daily life. Just like it’s fun to put on a tuxedo and feel all fancy for an evening. It’s fun.

Talking about this – I love guys who are not afraid to wear makeup and dress as they feel comfortable, I applaud it. I’m so happy that we are now in a period where it is more widely accepted. And if we’re going to talk abouttransgender, then that’s a whole other topic – but I’m 100% for transgender rights, raising children to be who they are, and for everyone to live authentically. I was in a professional makeup shop near Union Square (NYC) with my niece (musical theater major – LOVE her!) and in it, I noticed that one of the makeup tutorial videos was a manapplying his own makeup. I pointed it out to her, and we were both so happy!

The younger generation of Grindr users has a multitude of ways to define themselves (Genderfluid, Queer, Trans, Gay, Bi Sexual). Do you feel that is different from when you were starting to understand your own identity?

Yes,often I have no idea what the different terms mean in precise terms. I love that! It’s agreat opportunity for me to ask questions and learn. The younger generations have such different experiences and understanding than I have. The girlfriend of my friend’s daughter says she is straight – but does notdeny that she is in a sexual relationship and in love with my friend’sdaughter. This confuses the hell out of me, but instead of arguing, I ask questions about why she feels that way. I’m still confused. But I celebrate that she feels comfortable enough to be in a same-sex relationship, regardless of her self-identity.

I grew upknowingthat I was gay – or“homosexual,” from a young age. I told my confused best friend that I washomosexual but might be ambisexual (I’d read that term)but that I did not think so. I was fortunate in that I did not feel like that was something to be ashamed of or hide – and know that was different than my peers. I happened to play sports, and though I wasn’t a jock, I was not afraid of being picked on for anything. Small school, lots of idiots and great people. I was so focused on growing up and getting out of there that I did not really worry or pay too much attention to my peers, honestly. I had things to hide and was ashamed of – it was just that being gay wasn’t one of them.

Do you have any advice you have for young queer people out there in the world?

My advice is to be wary of labels.Tokeep an open mind – even with your own self-identity. Enjoy the world, take care of yourself and your loved ones. And don’t isolate – even when that’s your strongest impulse – open up to the people around you and allow them to surprise you. And enjoy the moments. 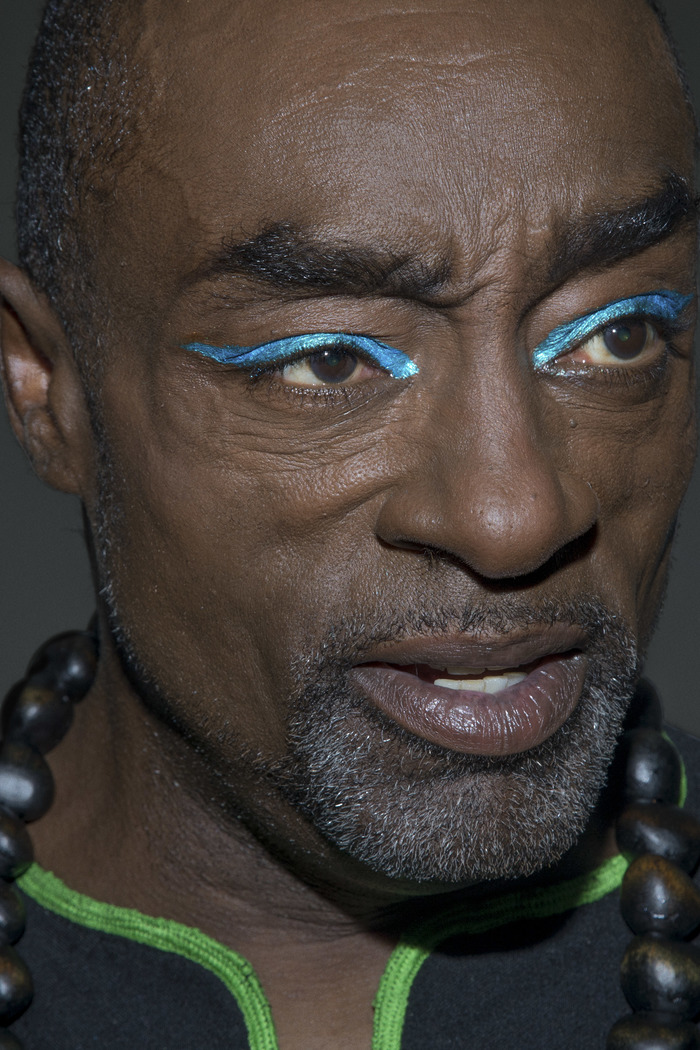 The younger generation of Grindr users has a multitude of ways to define themselves (Genderfluid, Queer, Trans, Gay, Bi Sexual). Do you feel that is different from when you were starting to understand your own identity?
Being bisexual is a lovely thing, you enjoy both worlds. Gay, straight, whatever…always enjoy your sex life.

What was it like playing with gender for the shoot?Any advice for the younger generation?

I really enjoyed doing the shoot, feeling like an African-American with the eyeliner on my eyes. To this new generation, I would like to see more of you using protection and getting on the HIV medication that stops you from Catching HIV. When I caught it in the 80s, they did not know how [it was transmitted]. It was an awful experience in my life. I’ve always said, “cheap thrills, expensive regrets” so please protect yourself from STDs and practice more safe sex in this new generation. The photograph is stunning and I love it. 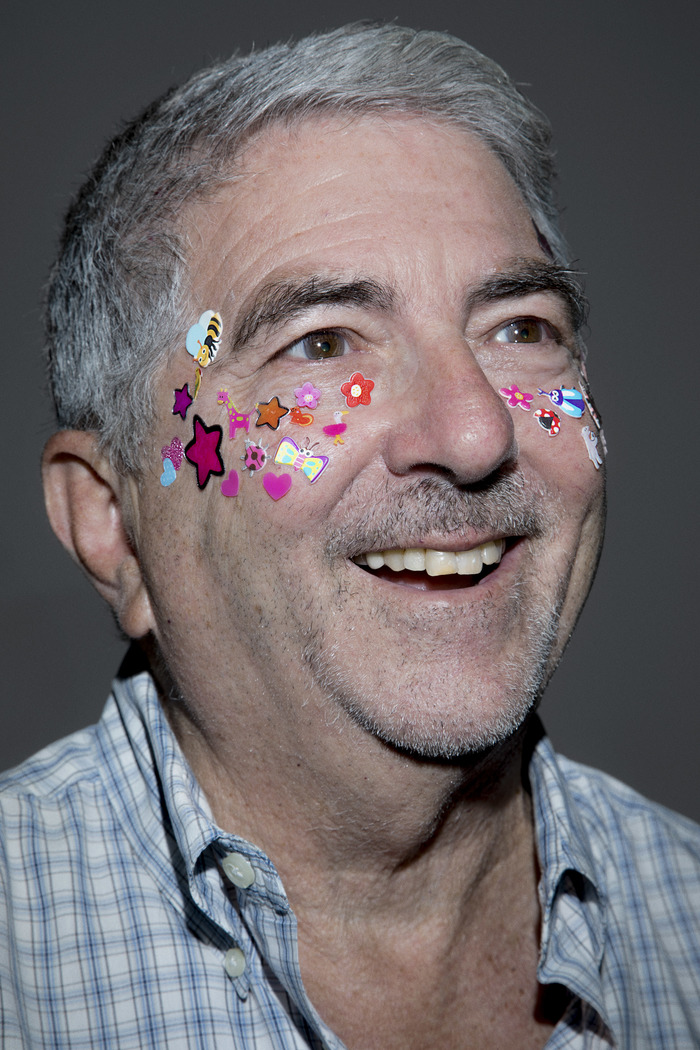 What was it like playing with gender for the shoot?

Uncomfortable at first, but that lasted only a few seconds. The makeup person was kind and gentle and encouraged me to get pleasure from it and to have fun. I relaxed and thought “I’m here. Why not go with it?” I did and discovered that it was fun to wear emojis.

I’m glad that I went through with it. I only saw the pictures for a fleeting few seconds, but they looked great. I look forward to seeing the final results on the website.

The younger generation of Grindr users has a multitude of ways to define themselves (Genderfluid, Queer, Trans, Gay, Bi Sexual). Do you feel that is different from when you were starting to understand your own identity?

Definitely true.As a child and teenager, I struggled with my sexual identity, especially when “experts” like Ann Landers repeatedly wrote that LGBTQ folks were “sick.” In addition, the APA viewed homosexuality as a disease.It was a challenge to convince myself that they were all wrong. I did not come out fully until I was in my early 20s. It was the best thing I ever did.

Do you have any advice you have for young queer people out there in the world?

Converse, talk, discuss!Share your thoughts and fears with your peers, your teachers, your counselors, and your family. You might hear negative comments and experience rejection and isolation, but there will be some people who support you and express love for you. In the end, you’ll be stronger for what you did. 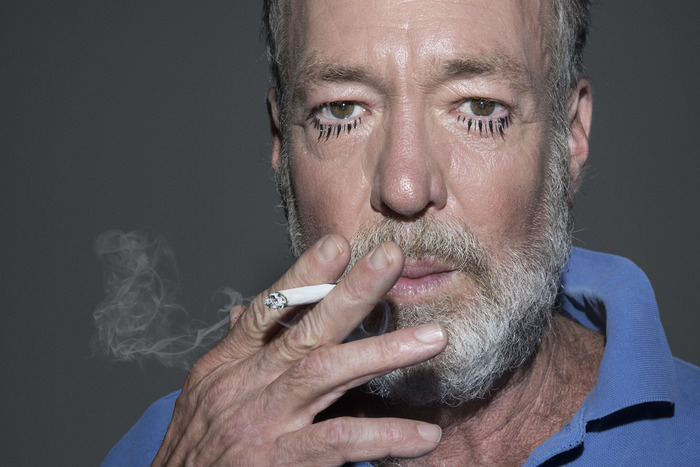 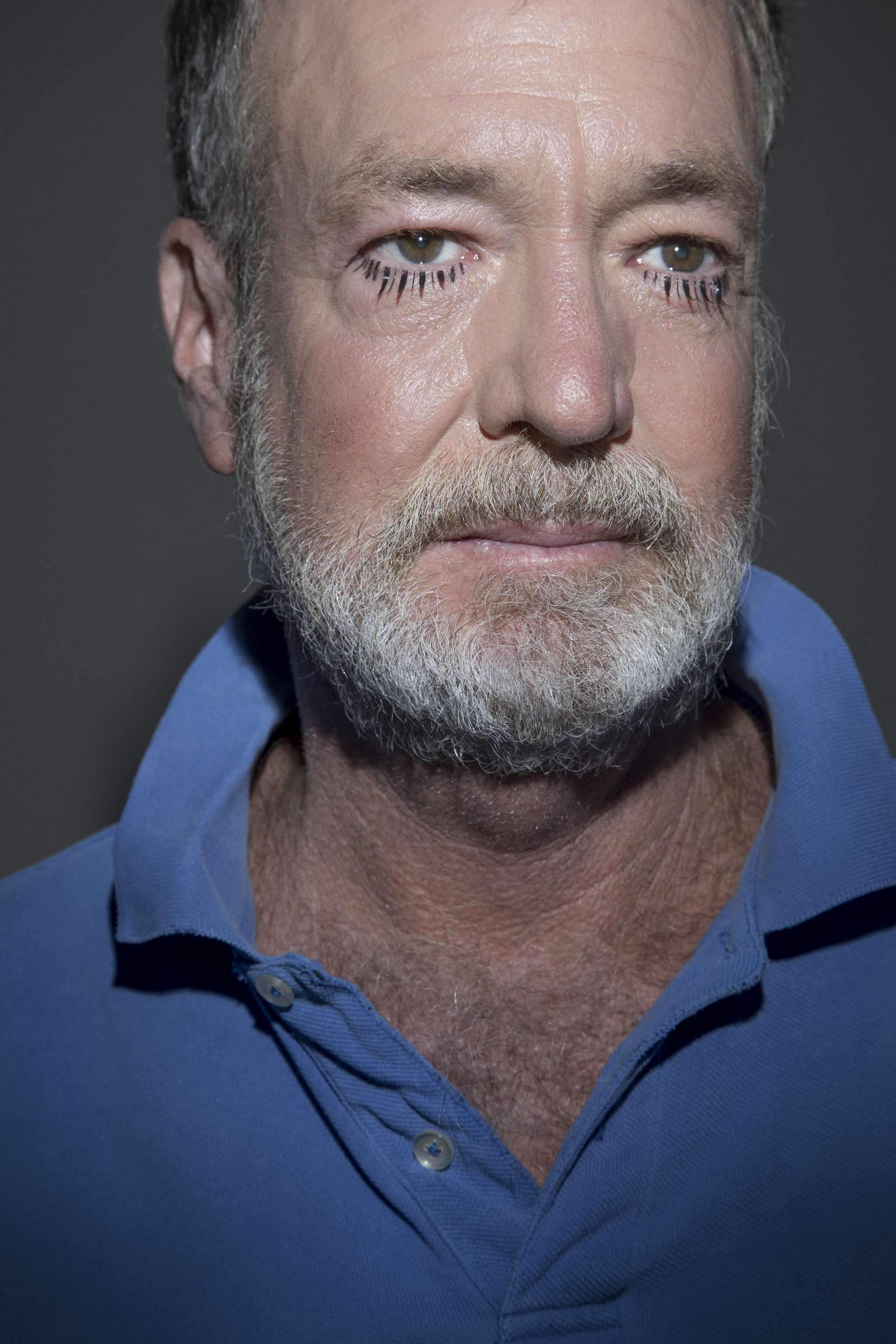 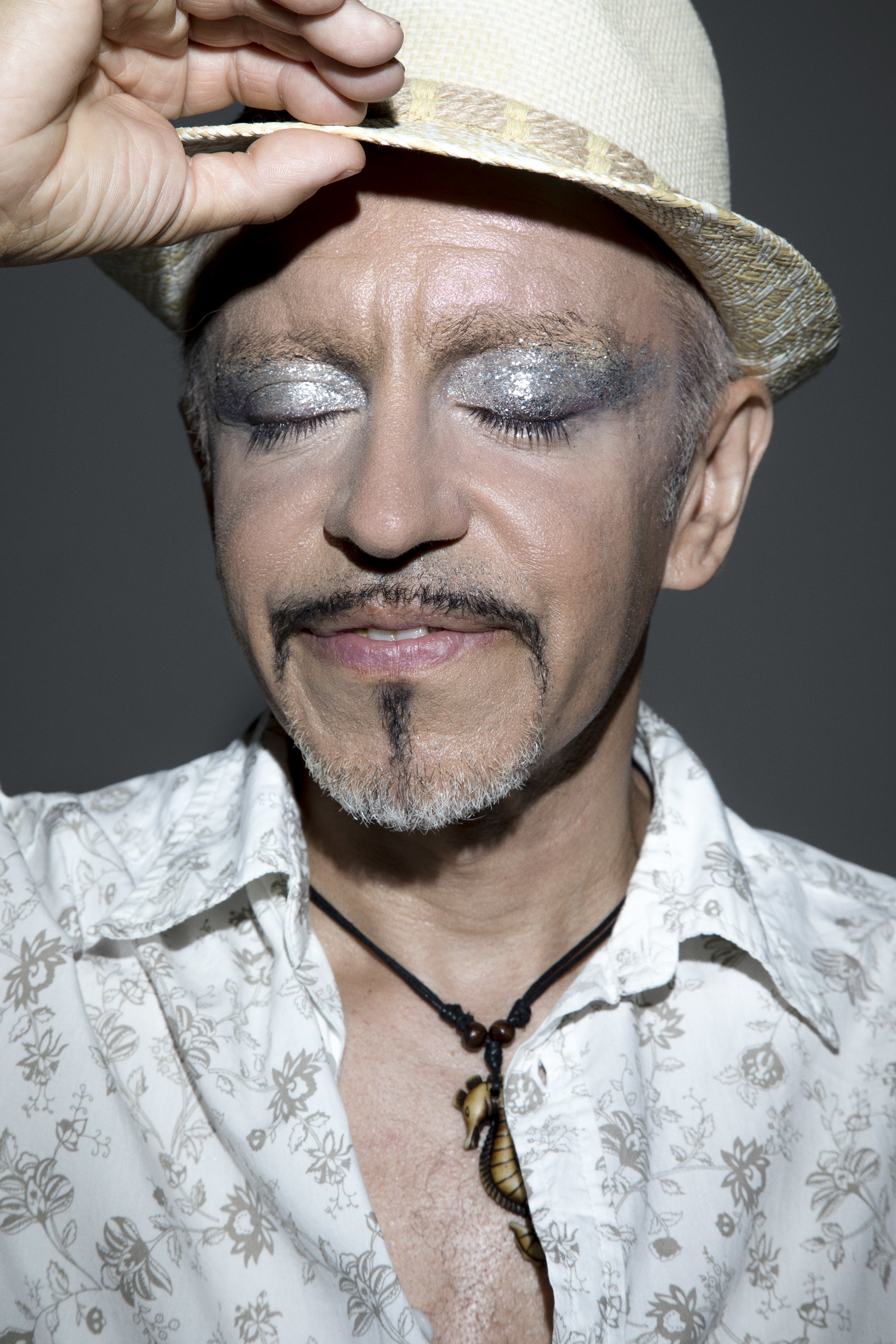