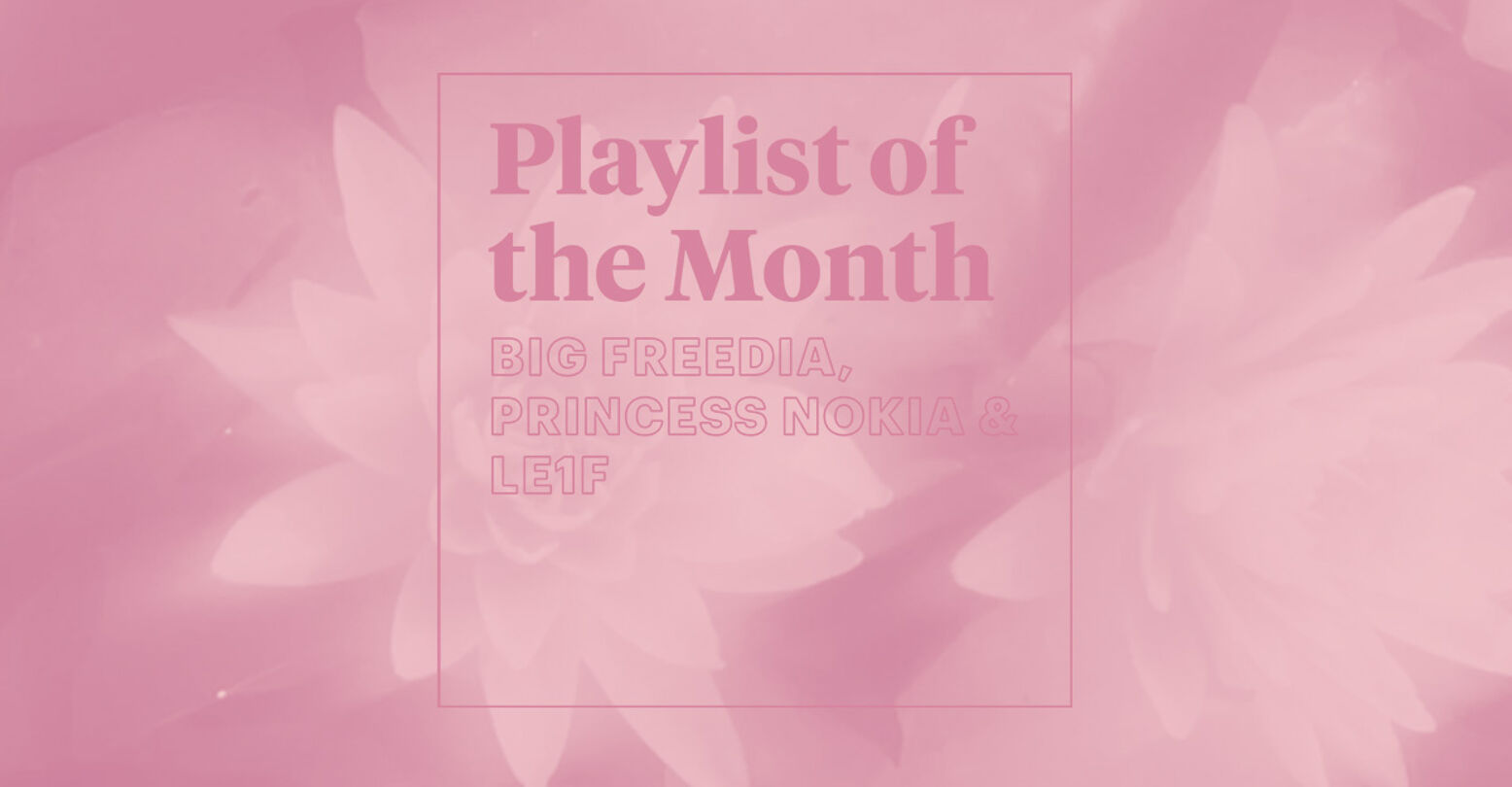 This last monthwas huge for female vocalists, especially rap. Below is a track by track breakdown of all the new releases you should care about this month.

This is the first track we get to hear from Berlin-based electronic artist Lotic’s upcoming Debut album,Power. In an interview with FADER, they cited Texan marching bands as an inspiration for their upcoming album.

The long awaited return of queer rapper Le1f is upon us and with the release of their new EP,Blue Dream, comes this really cute remix ofRiot Boitrack, “Taxi.”

The visual that this song conjures in my mind is a sun-kissedTokyo Stylezinvoking all 4 elements whilst on vacation in Chile, sweeping the floor with their signature hair, dancing toneoperreo. For lack of a better term, wig.

This song is about going through your man’s phone. Although Cardi B went on record to say she’s never actually looked through the phone of anyone she’s dated, we all know what kind of guy she’s referring to. Unless you don’t, that’s cool too. Also the fact that this song was written by a gay man.

Without a doubt, this month was about rap. From the two tracks Nicki dropped, Chun Li is the greater bop. It’s the closest she’s sounded to mixtape Nicki since mixtape Nicki, or like a colleague pointed out, sincethis.

Perfect for setting the mood on the way to the function, if the category you’re serving is opulence:

This song wasn’t technically released this month, but the video was:Rapper Drebae is Nicki Minaj-approved.

With a release from Big Freedia, the femme rap trend this month continues.

Is Drake a queer, feminist ally? “Nice For What” made us think so. There’s definitely room todo better, though.

WithA Girl Cried Red, queer and afro-latin Princess Nokia defies all norms and successfully crosses over into the rock genre. Apparentlyold white men are hatingand what better measure of success.

With track Simple Luv, we fall in love withOKSall over again. According toBandcamp, “Simple Luv is a naive and hopeful manifestation spell. I intended to conjure all I want by imagining it clearly in a song.”

I actually missed this one last month so I’m adding it now. ¯\_(ツ)_/¯ On repeat, because feelings.

King Princess is responsible for thelesbian love songHarry Styles tweeted out recently. Now they’re back with “Talia” a song about heartbreak that’s difficult not to resonate with. Really looking forward to more from this qt.

AARON MARCO–“MAYBE THIS IS LOVE”

A really dreamy new discovery, this California native uses male pronouns in their music and has a Spotify playlist called, “Boys get Bouquets.” To say “swoon” would be understated.

Play this at your wedding!

Everybody is a star. You’re a star. I’m a star. Everybody.

These days, it seems like every pop princess and drag queen is releasing a country album. I can’t get enough of this dreamy lo-fi pop track, though.

Pure pop bliss. And also this:

Tfw you take a huge hit of a popper https://t.co/8kxybcZfZ5

Listen to INTO’s recap playlist below.