With a name taken from a minor character in one of Irvine Welsh’s novels — a drug dealer, bully and backstabbing scumbag — this is one band that is definitely NSFW. 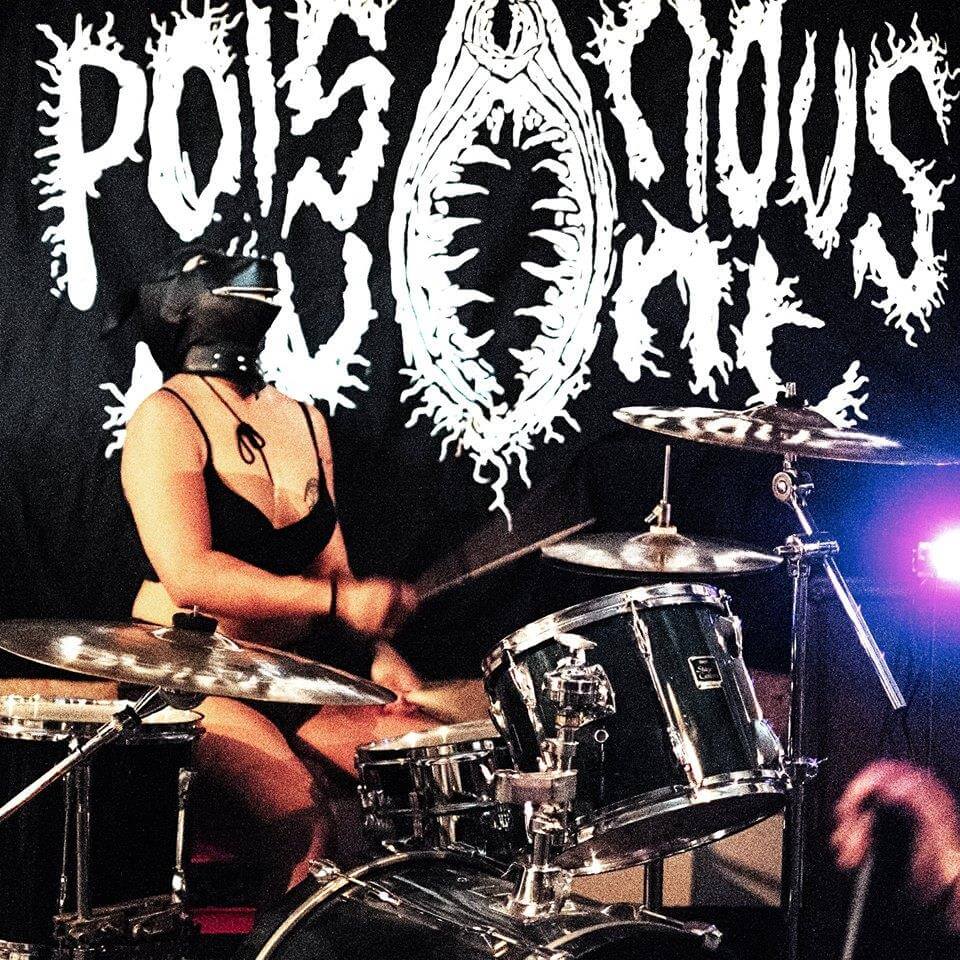 I first saw them play at the Liverpool Anarchist Bookfair afterparty, where they were joined on stage by a six-year-old girl in ear defenders who wailed along with them as if born to the stage. The guitarist was dressed in fake tits and a gimp suit, the drummer in a latex dog mask, the rest a medley of fishnets, harnesses, and attitude. I was in love.

Who are ya? What’s the story?

We’re Amandine, Aleksya, Keef, Harri, and Tali. We’re a bunch of cunts from far and wide that met through the punk scene in London. A sweaty squat show here, someone’s cramped living room there, downing roadside cans in the cold before a gig or while waiting for the one fucking pisser eventually we became mates. We had all been involved in putting on or playing shows to varying degrees for a while. After complaining to Keef about not finding people to play music with a practice was drunkenly booked and we turned up hungover. It sorted the hangovers right out.

This was at the beginning of 2017, and a couple months later Tali joined on bass, and it couldn’t have been a more perfect fit.

Whorecore punk was just a way of taking the piss out of the hyper-masculine vibe of the hardcore punk scene, but also as a way of saying we don’t give a fuck what you think of us of whether you try to insult us using that word. It’s ours now.

What experiences have you had playing squats in London?

Squat gigs are our natural habitat. They are rowdy and chaotic and that’s what we’re about. But they are also cooperatively organized and there is a sense that we all have to pitch in equal measure. The divides and hierarchies you find when playing in paying/licensed venues — between band and audience, punter and promoter — do not exist or operate in the same way in squats. We all become responsible for the way the night goes. We have a chance to create something that is ours, and more often than not it’s a smoother operation than you might think. Another important factor is that most of the squat gigs are benefit shows and it feels great to be able help raise money by playing our fucked up music. If you ever need a band for your fundraiser hit us up! There are no meathead security guards annoying you. Having pay-what-you-can entry means that if you’re broke you can still have a night out. The beer is cheap and the curfew isn’t 11 pm. 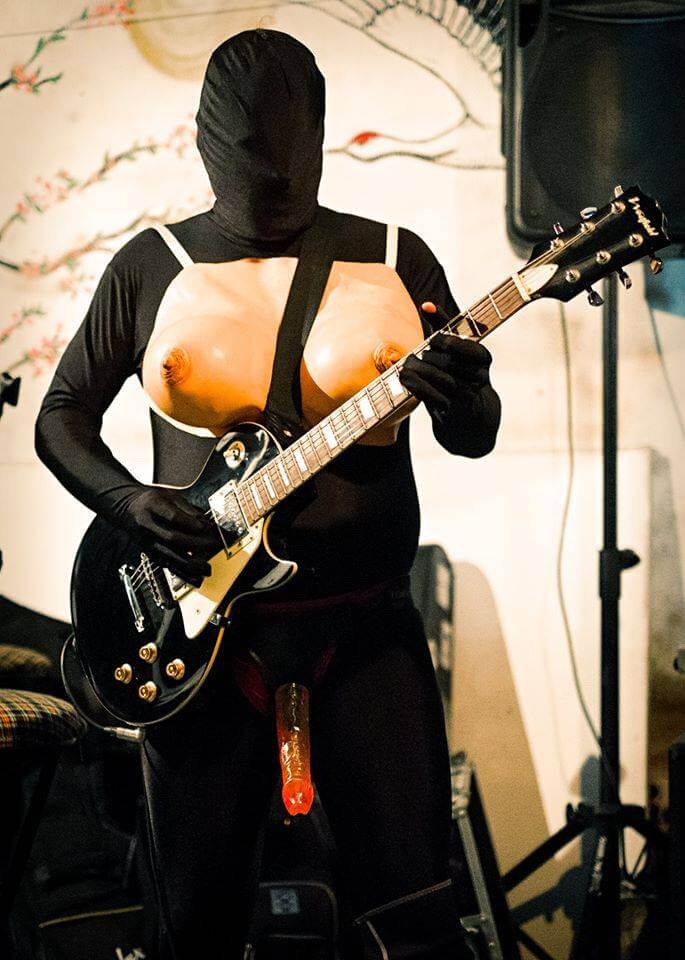 What’s the connection regarding radical queerness?

Honestly, we haven’t often thought about what the meaning of what we are doing is. I guess mostly because we are still in the process of figuring it out. What was clear from the start is that this band was for each of us a way to let ourselves go, to be our loudest, most uncensored selves, and to enjoy ourselves a lot while doing it. One of the environments we have found ourselves most comfortable in and appreciated has been the queer scene. The hardcore punk scene, as amazing as it is, can still be incredibly exclusive, and a lot of queer kids say they don’t go to most punk shows because they don’t feel welcome there.

This is also why Pride Punx has been an important development for the London punk scene. It has helped to reunite the music with its queerness, gender-fuckery, and sex-positivity. We have played Pride Punx shows in squatted spaces with amazing drag performances and queer bands from Europe and thought, this is what London punk needs more of.  I guess the connection between PC, Pride Punx, and radical queerness is the attempt at providing new events and opportunities for those who may currently feel disillusioned and excluded in the scene, and doing so by working with the people we have met in bands and collectives, activists, squatters and punks.

What was your experience at PRIDE 2018 and thoughts on the TERF action?

Playing at the London Pride parade was both incredible and disheartening. Practically, we were struggling a bit with our equipment as the amps overheated in the sunshine, but we still managed to pull it off. Otherwise, we thought it was important to be present there and to be in contrast with the wanky luxury corporate floats. Overall it was a very emotional experience. Being able to perform during the biggest queer parade was a massive deal.

We played on the Pride Punx float with Gay Panic Defense, a fast as fuck band from Scotland, while we had the Red Rash Inn collective dancing outrageously, and it was genuinely one of the best gigs ever. But we only found out about the TERF action when the parade was finished and we were all totally furious. Thankfully, there has been a lot of backlash against the TERFs since their despicable actions, and since then people have come together to show solidarity with the trans community. For sure, even though there were good moments in the parade, marching next to the Outside Project and Lesbians and Gays support the Migrants, London Pride 2018 will be always remembered with anger and frustration because of the hateful actions of those individuals. 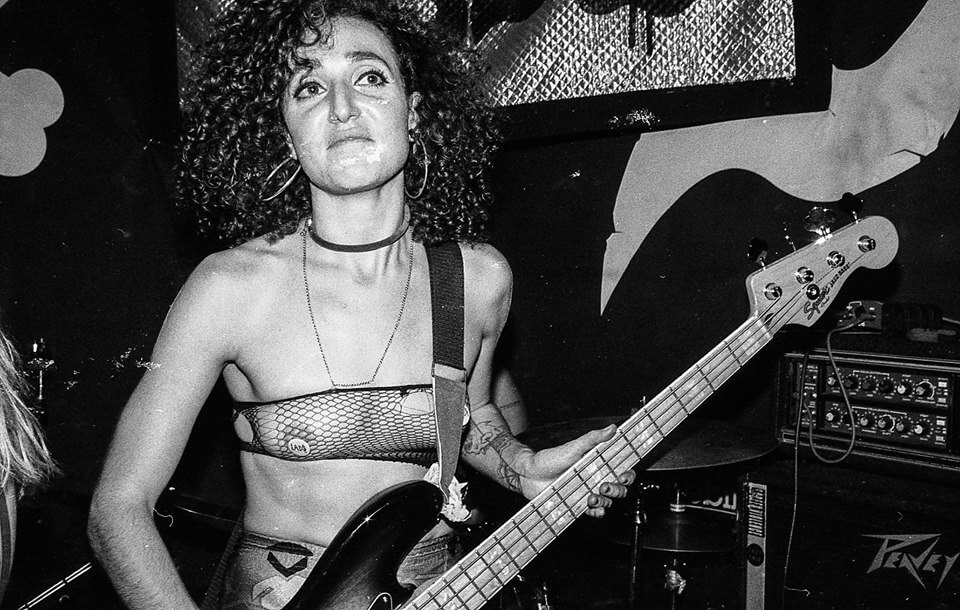 Who are your influences?

Tell us about your upcoming album.

We have just recorded our 10-track album with the one and only Sam Thredder in the Cro’s Nest studio, and we got the amazing artist/modern warrior OneSlutRiot to design the album cover, featuring a dystopian image of a thrown out sex doll amongst a load of men in suits with the squalor and decay of the London metropolis in the background. The album has 10 tracks, some of which we wrote in the first month of rehearsals, others literally a few weeks before we went to the recording studio.

This album will really be a testimony of how we are developing and experimenting with our sound, lyrics, and our general vibe as a band. The songs cover a variety of subjects, like surviving abusive relationships and finding ways to cope in a highly medicalized society, to drug abuse, coping with mental health problems, selfishness, and just general feelings of disgust and alienation that come from living an underground life in the world’s biggest financial center– the longest track on this album, ‘Greed’, really encapsulates that. Though the subject matter of the songs might be quite depressing, the music is energetic and ultimately it’s about making it through no matter how bleak life can be, but also to still have a fucking laugh regardless of it all.

We knew Sam totally would get our sound and he did; he really understands the sludge metal and hardcore elements, plus he just knows how to get a great result. We’re really excited for it. It just needs a little fix in the mix and then it’ll go to be mastered. We want to get a bunch of labels to go in on a vinyl release – so get in touch if you’re a label and want to get involved! The album will be called Make Me A Sandwich. Put it on your Christmas list!

Any other upcoming plans?

Yes, we are going to put on some shows, make some music videos, keep on spreading our Poisonous Cunt far and wide and then sell out and become bloated and just do massive druggy wanks all day and night on a big pile of high denomination banknotes. Then when we get bored of that, we will be back to smash capitalism and slap off Theresa May’s clit.