Last Monday night, the Meatpacking District in New York City hosted a special edition of Vogue Knights, a recurring mini ball in the city. It was founder Jack Mizrahi’s birthday and the local scene turned out in force with legends like Dashaun Wesley commentating in addition to other scene notables like Kelly Mizrahi, Monster Labeija, and Tati 007 all making appearances. During one of Jack’s introductory bouts on the mic, his speech took a turn.

He explained the importance of community to culture at large. “Our culture is culture,” he said, underlining how ballroom lingo, verbiage and ways of life have been mainstreamed and adopted by pop culture. But he pushed the point further.

“RuPaul has built a legacy on the backs and struggles of this community and trans people of color,” he said leading up to the height of his speech. That comment was referencing Drag Race’s frequent usage of ballroom language and methods, incorporating them into challenges and essentially commodifying the culture with little respect for accuracy or connection to the actual community. “But on June 3, we will let the whole world know who we are.” The legendary commentator was referring to the debut of Pose, Ryan Murphy’s latest FX show set in the early ballroom scene but following fictionalized characters. One of the lead actors, Ryan Jamal Swain who plays Damon, was in fact at the ball and introduced by Jack as a face to watch. 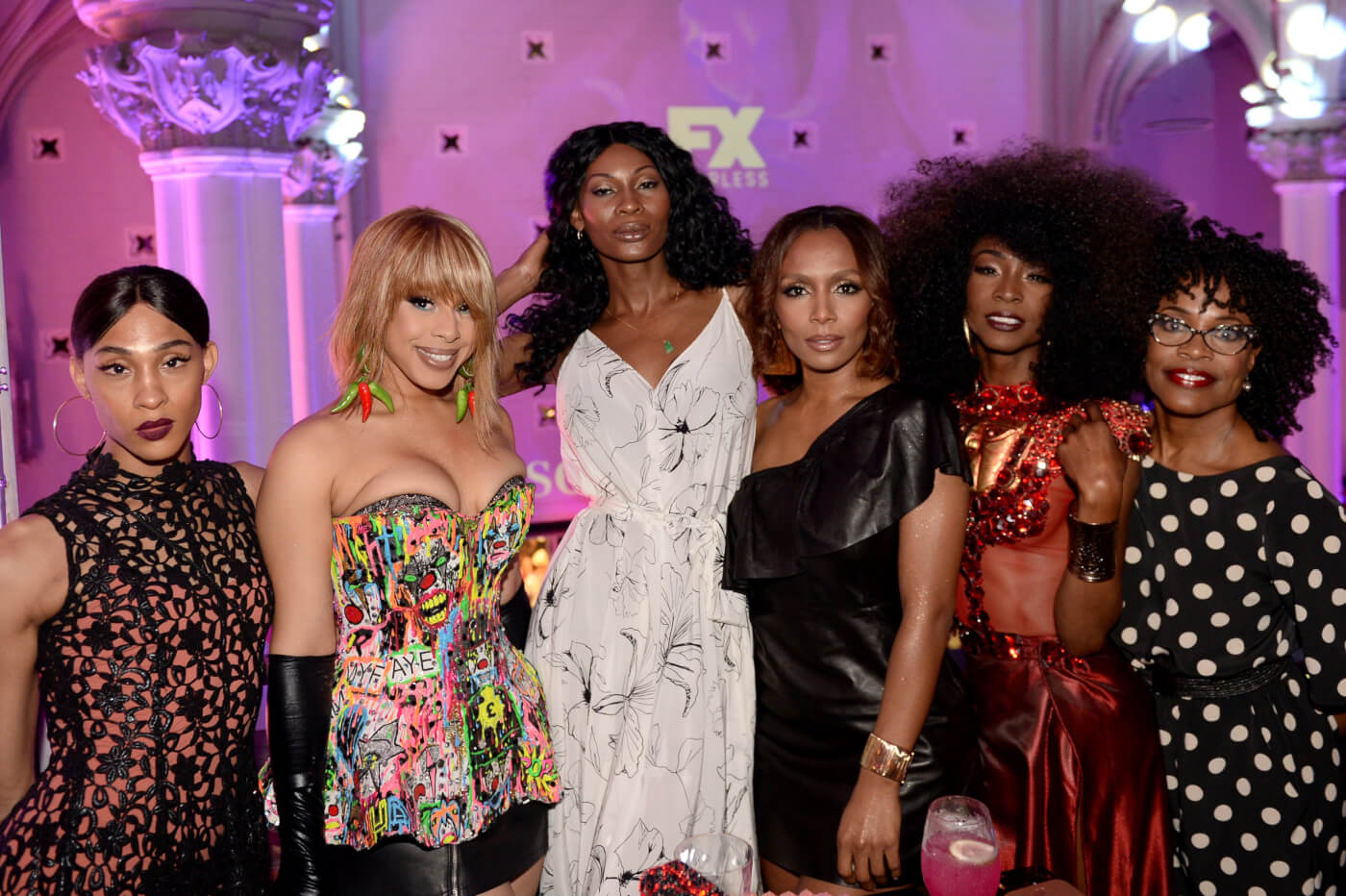 It was quite the introduction for the ball but it was true: the Ballroom community is finally at the forefront of culture as much as their art form is. Dashaun, father of the House of Lanvin, was recently in a Christian Louboutin video for the popular high fashion e-tailer MyTheresa.com. Monster LaBeija and his house brother Ivan Caci LaBeija make an appearance in Lil Mama’s new music video. Tati 007, Precious Ebony, and Alex Mugler of Viceland’s My House all make it into Blink Fitness’s latest commercial in partnership with Gay Men’s Health Crisis. They are joined by Luna Lens from the House of Khan and Monet Performance.

Ballroom, not just voguing, is here and reclaiming its time.

Last week’s episode of My House dug into that exact thing. Tati and Alex were chosen to walk in the Gypsy Sport Fall 2018 at New York Fashion Week in February. “For us to be here is surreal,” Tati says in the episode of the event. “Who knew that ballroom could take us to these heights?” But only four months later, it’s clear that experience was only one part of an upward trajectory.

There is a learning curve, however, to this integration and commodification of ballroom. “A lot of people in ballroom get taken advantage of just because of what they don’t know and that’s how people in the entertainment industry get you,” Alex says on the show, revealing that he works at a cabinetry company to keep his life consistent and stable. “So now I think it’s our responsibility now to tell [the entertainment industry] not to just take on the low and not give us the credit or the coin.”

Proper compensation and credit is an important and longstanding conversation. It was what ultimately soured some opinions over the impactful Paris Is Burning. It is a conversation happening in culture at large under the banner of cultural appropriation. And many times, as the ballroom community is finding, when that compensation comes, it is an afterthought and doesn’t come on the same terms as it does with others.

“Bitch, you wanna act real funny, bitch better gimme my money,” Precious raps on a track played in the episode. She explains the context later to a friend. “I came up with that song because I’m tired of bitches playing. When you book me, bitch have my deposit, come correct. Times is changing. I’ve become one of those people that has mastered what I’m doing so come at me correct. Don’t come at me half step. Don’t try to send me on a bus cross town.” And increasingly now, the community is reaping benefits and compensation on par with their talent not only in the form of My House but also the fictional Pose.

Pose’s importance is immeasurable for this community. While many accolades of its “firsts” have been lauded, one has been forgotten: this is the first major television show to place the ballroom scene at the center of its narrative. And though it’s fiction, the characters are baked in the history of the community.

Elektra (Dominique Jackson), mother of the House of Abundance, most resembles Crystal LaBeija, founding mother of the House of LaBeija. The writers lean into this characterization, pulling quotes like “I have a right to show my color,” which Crystal uttered in the 1969 documentary The Queen, for actual lines. Crystal was known for her searing reads, as is Elektra.

Blanca (Mj Rodriguez), who becomes disgruntled with Elektra’s iron fist, decides to strike out on her own, beginning the House of Evangelista by picking up house members off the street, and building a ragtag group based on equal parts talent and need for family. She is Pose’s equivalent of Angie Xtravaganza, founding mother of the House of Xtravaganza. And in comes Jamal, her Hector. Professionally trained as a dancer, Jamal is her secret weapon at ballroom competitions; she is fiercely protective of and invested in him. Also of this house is Angel (Indya Moore), a sex worker pursuing the white filtered American dream.

But there’s more. Pose has not just put members of the community into the stories, they also make appearances throughout the show. Jason Rodriguez, who is a member of the actual House of Ninja, has a recurring role on the show in the House of Abundance. Twiggy Pucci-Garcon, Hector Xtravaganza, Jose Xtravaganza and others appear on the judging panels. But they are also behind the screen.

Ballroom notables like Leiomy Maldenado and Danielle Polanco’s names are prominently listed as choreographers in addition to their cameo appearances. Twiggy is listed, too, as a consultant. This means that not only is the beauty of ballroom explored on the show but it’s done so by the actual community in ways that will now allow them to navigate the entertainment industry more easily. These aren’t just talented artists in the underground that “someone should take a chance on.”

These are now artists and creatives with resumes, with credits anyone will take seriously. These credits as consultants, producers, cameos, and actors mean that Pose may be the stepping stone for many to translate their ballroom talent into mainstream success, birthing an entire generation of talent that had been before relegated to the underground.

Time for the world to know indeed.