On Pose, recently renewed for a second season, a collection of maligned minorities — transgender, queer, black, Latinx, HIV positive — were presented to the viewer through some rough, but honest portrayals. A trip for the average person was a fall for these characters, often in relation to how they expressed themselves as artists, performers, and their most authentic selves when the world either ignored them or was afraid of them.

What makes Pose such a vital and powerful series is that it is one of the most prominent TV shows to present a subculture that, even in its time, was on the fringes of society — despite ballroom’s lasting cultural legacy in dance, fashion, and slang. As a period piece, Pose, along with shows such as the recently ended The Americans and Netflix’s GLOW, course corrects and re-litigates a lot of the 1980s, keeping its feet in the past and present, illustrating how times have and have not changed.

Pose is notable for featuring so many prominent talents behind and in front of the camera who are transgender. In a visual media culture where there is still stunt casting of cisgender people in trans roles, it is invaluable that the casting was done right and not an instance of Hollywood playing dress-up, treating the trans experience like a cheap mask. There is still, however, the viewer-subject divide, with studies showing how many Americans don’t personally know any transgender people, and are primarily exposed to out trans people through visual media.

The show does not pull punches on its trans characters, showing many of them regularly misgendered, dead-named, and verbally abused, and in Blanca’s case, nearly turning potentially dangerous when she goes to her mother’s funeral and faces down her brother and sister. Even the white gay community in New York was not always sympathetic to these trans characters, a truth illustrated by an incident where house mother and ballroom competitor Blanca gets thrown out of a gay bar for being “in women’s clothes.” 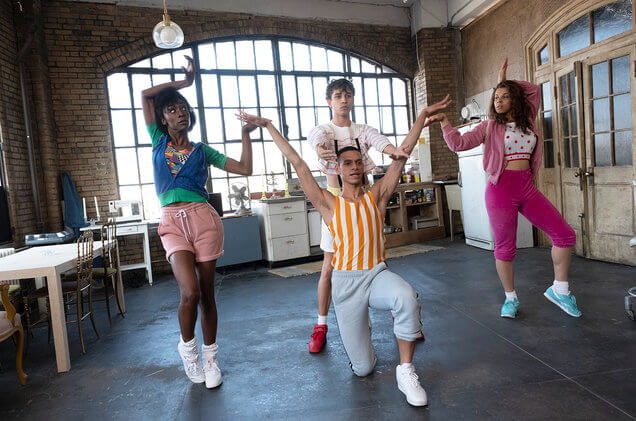 These are situations that are still realities for trans people within their professional and personal relationships in our modern world. These characters’ realities determine what jobs they can get, where they can walk at night, what spaces they can be in, who they can be with, and more basic questions of whether they can pay their rent or be able to eat. It is when they are at the ballroom that they can be uninhibited through their creative expression, unleashing their fury on the dance floor and at other performers, and where they can finally be directly in the spotlight. The viewer gets to see a world from these characters’ perches. These trans characters are normally the ones standing out on the periphery looking into the world, but Pose offers a switch. The world at large is suddenly the distant outsider, occasionally stepping in, and at the center are Blanca, Angel, and Elektra.

Pose has a lot to juggle in multiple character arcs but telling an HIV/AIDS narrative is something it does in ways that both educate and correct the record. Blanca and Pray Tell (the electrifying Billy Porter) are both HIV positive but they do not diminish themselves or step away from their lives; the show does not underline them as tragic figures. Blanca and Pray Tell both confront and interrogate themselves and each other about living with this disease, developing a mental countdown clock in their heads of their time left. That clock leads to no time wasted, in a way that makes their lives take on a new urgency and purpose. Their charity and compassion towards others within their chosen families never rings false. They are not reckless disease spreaders, often the rap on those who were HIV positive at the time. They disclose their statuses and encourage others to get tested.

Pose has come after a wave of 1980s period pieces popping up on prestige cable television and streaming services. The millennial generation may not have even reached talking about the 1980s in history class in their educations but perhaps they know the plots of Stranger Things or The Americans backward and forwards. No fictional television show should be asked or pride themselves in serving as a history textbook substitute. What are the opportunities in creating a period piece whose period much of the audience has no recollection of or ties to? And are there any obligations in looking back with a critical eye for these shows? 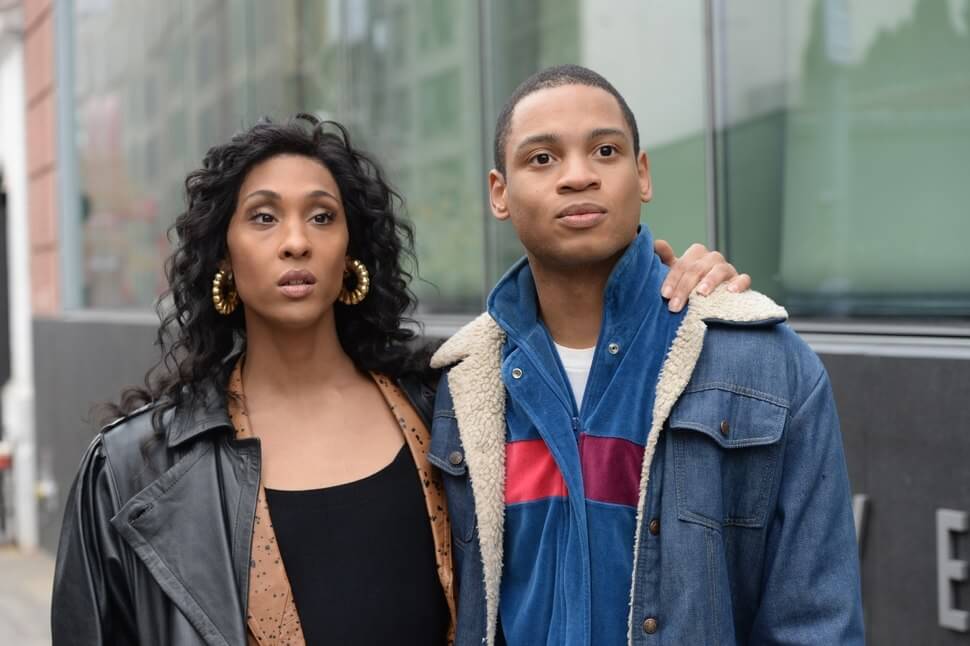 GLOW on Netflix is much more than just spandex and leotards in a wrestling ring; it interrogates sexism and racial stereotyping within the job of selling a piece of entertainment, not to mention presenting the show’s various single mother characters juggling family and career. Halt and Catch Fire presented the 1980s tech boom through two contrasting female programmers in Cameron and Donna, each with their own different shades of a feminist streak. The Americans presented an extreme case of outsiders (Soviet Spies) serving their empire while assimilating into our American empire but devoting themselves to causes, systems, and nations crumbling through the bitter end. But most shows set in the 1980s run closer to nostalgia trips, the Duffer Brothers’ Stranger Things chief among them.

Stranger Things surely looks the part of an Amblin Entertainment classic, with its bowl-cuts, perms, wood-paneled living rooms, and set design details of actions figures, posters, printed T-shirts, and Halloween costumes calling back to the time. It is a 1980s imagined by those who watched many films from the period. But is that all there is? Does it want to say anything at all beyond being a thrilling piece of comfort food entertainment?

Stranger Things is both too harmless to get worked up about and too popular to ignore and shrug off. It echoes the most popular Amblin Entertainment property it references and pays homage to with Robert Zemeckis’ time-traveling Back To The Future, an exclamation point on a long period of ’70s and ’80s film and television properties that look back at the 1950s and arguably whitewash some of the darker tensions of the period in favor of rock n’ roll, checkerboard tile, and cool cars. Much like the 1950s as seen through the 1980s, Stranger Things in the 1980s feels more of a distilled, slick, plastic product that is not the real thing but can pass enough to work for people as it is entertaining and nothing more. Stranger Things does not malevolently whitewash the 1980s story but it does just rely on soft power cultural markers and recreating flashy aesthetics and in doing so proves that popular culture for the PG-13 demographic alone cannot tell the story of the 1980s. 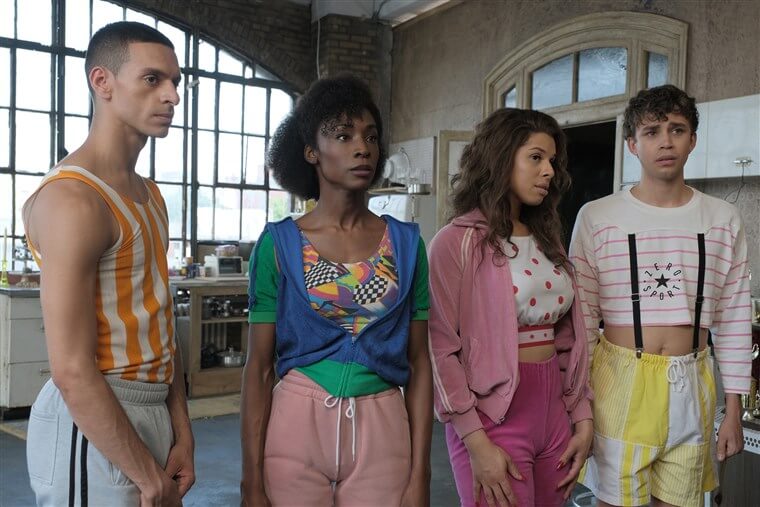 This is not to say that Pose, by contrast, is some angry piece of activist art or embedded solely in telling gritty realism of its time. It can at times feel like a less than fully evocative time-travel back into the 1980s. Despite shooting in New York City, recapturing places that once hosted ballrooms are impossible to recreate real places that are now the spaces of Targets, Whole Foods, and condos. New York as a city is too beyond recognition to be rooted back to ever resembling the days of golden age of ball culture again. And in the show’s inconsistent relationship to realism extends from aesthetics, the limits of recreating history, and in characters. The ways Pose can be so honest about the predicaments of its protagonists, it can also have these flourishes of the fantastical. The Robin Hood-like robbery for Elektra’s SRS during Christmastime and the group of misfits in House of Abundance taking their costumes from a museum in the show’s premiere are moments that can only be described as “fairytale logic.”

Pose is telling a story of the past, but it was never going to just tell it with sobering seriousness. The show has its fun with its period and popular culture in ways no different from its 1980s-set show peers, but grounds its characters alongside certain pieces of art that put the environment in a whole different light. A love theme for trans sex worker Angel is Kate Bush’s “Running Up That Hill” and Pray Tell gets MFSB track “Love Is The Message” as the soundtrack to his lover dying of AIDS. House of Evangelista is named in honor of white supermodel Linda Evangelista despite Blanca and everybody in the house all being brown. Pose shows how trans people connect to popular culture as lovers and consumers of artists and art; even if they are not directly seeing themselves in the art, art not made for trans people, it is still culture they love and humanizes them to audiences that still see trans people as concepts rather than everyday people. 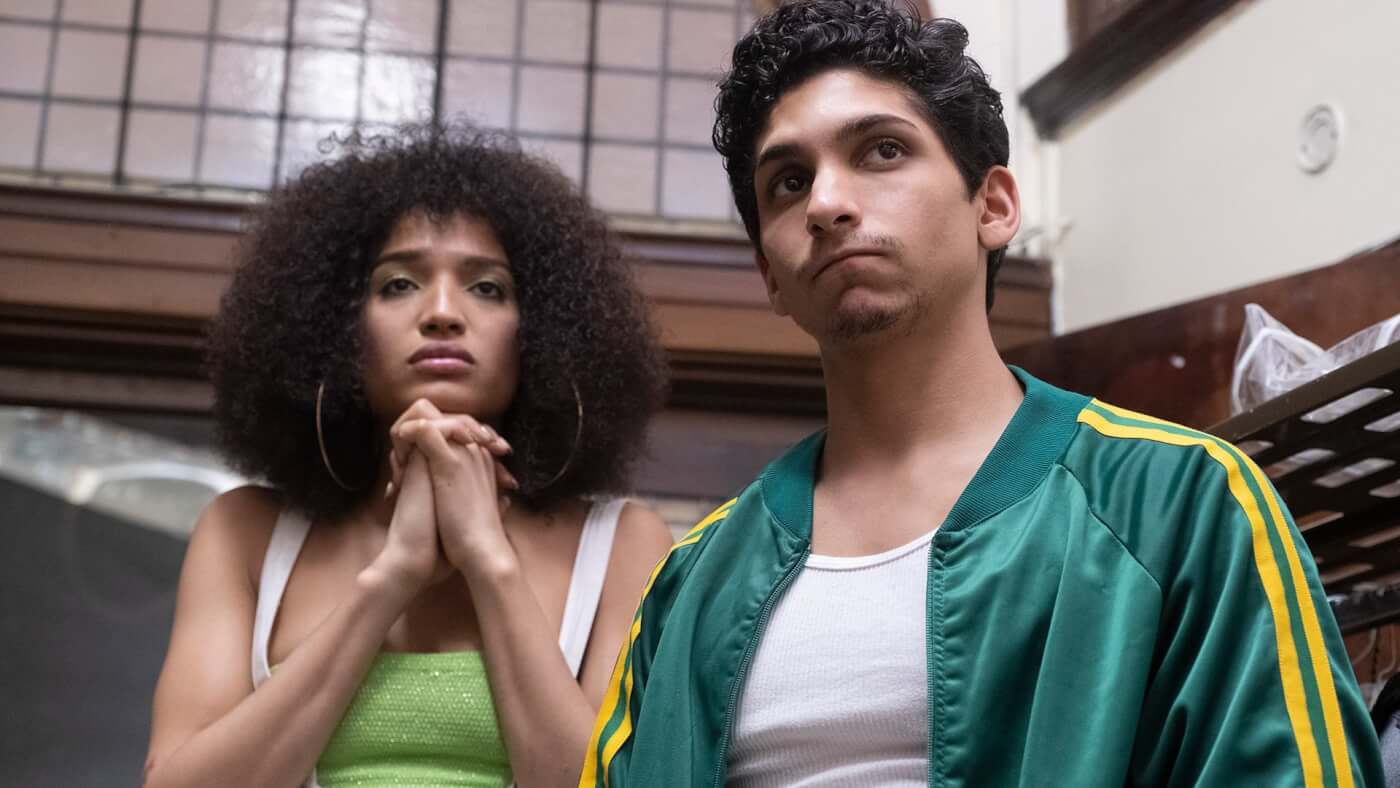 Pose is showing how its minority LGBTQ characters of color can carve out their own spaces but not be entirely isolated, despite being severely underserved by popular culture. The characters in Pose may be at the center of the ballroom, but it wants its audience to step forward from the outside and come closer, watch, listen, and feel what they are presenting to their world.

Pose has a position and arguably a responsibility that few shows hold of serving both the past and present. It’s a show for a mass audience about trans people, with trans talent in the cast, as well as the writing and directing chairs, presenting trans stories in the recent past that many audiences have never seen before or considered as part of the 1980s story. And perhaps Pose paves the way for future LGBTQ shows that dive into trans narratives, and people from the future will no longer have to look back to save and retrieve those stories years later.