Precious Ebony is a master of what they are doing. They are a conductor of life not only directing the flow of voguing balls around the world, but serving as the narrator, and thus mediator, of Viceland’s My House series, navigating viewers through the scene. But those talents for narrative-driven lyricism are put on display now around the world through achievements like a Nike commercial, an appearance at a Rick Owens party in Milan, and come this fall, her very own EP.

“I got into commentating because when I was in high school, I used to love rap in general,” Ebony told INTO in an interview Wednesday ahead of the latest episode of My House. “Biggie Smalls, Fat Joe, those are the rappers that I grew up with and I was always trying to freestyle and battle the boys; I used to get in trouble for listening to music in class while I was doing my work.”

When they first came in touch with the ballroom scene, Ebony became enamored with the role of commentator. On the microphone for the duration of a ball, they not only set the tone and pace of the events but can completely change the atmosphere, energizing or deflating the crowd. It is their choice who gets the spotlight during segments like Legends, Statements, and Stars (usually called LSS) where the commentator calls out scene notables in the room for recognition. Ebony wanted that power and asked around about how they could get it. The answer: performing in a category called commentator versus commentator, where they would compete against others wanting the same thing.

“When I [competed] the first time, there was an icon on the panel named MC Debra and she’s known in the mainstream for just being a personality,” Ebony said. MC Debra has made an impression on pop culture being turned multiple gifs, memes and video clips, in addition to being sampled on a Leikeli47’s teaser video.

“When I did my commentation, she stood up for me and started waving her finger and shaking her head at me like ‘You better do it.’ Two days later I went to Vogue Knights and she was giving this big speech about if you want the mic you gotta earn it, you can’t ask for it. She was saying the mic has to be passed down to you,” Ebony said. “Then she turned to me and was like ‘Now show them how you do it and how you are,” Ebony said. “I remember grabbing the mic and I went off.”

Since, Precious has become a big name in ballroom and in the mainstream. They travel constantly around the world for work. In this latest episode of My House, they go to Detroit to commentate their “gay father’s” Fuck Love ball.

“Markis has been my gay father since I came out in ballroom, so that’s been 10 plus years,” Precious said. Their connection is blatant on screen in the episode. “I had made a commentation at a ball called ‘I SuckToo Much Dick, I Can’t Commentate’ that went super viral.” Posts got shared by the likes of Amber Rose and The Shade Room, while many others in the ballroom recorded their own videos voguing to the song.

“So I went to this one ball and he was like ‘You got a dirty ass mouth and you’re raunchy; you’re big and you’re bold, I want you as my daughter.” And since then, an organic relationship has formed between the two who were already both a part of the House of Ebony.

“He’s come to my house for a weekend and met my mom,” Ebony said. “If I could, I would have him actually adopt me.”

Though commentating has its highs (performing for Rick Owens for one, according to the star) it also has its lows. When they first started commentating, Ebony would sometimes be so exhausted the next morning they couldn’t move or couldn’t speak. Even today, performances come at inopportune moments.

“On April 3 , I had to go commentate a ball, but it was two days after my grandmother’s funeral. And I wasn’t up for it but I had gotten a big deposit,” they said. “I know my grandmother would have wanted me to continue chasing my dreams and so I went and did it and I had never felt so alive. I even incorporated some things she would say and her favorite songs into what I was saying.” 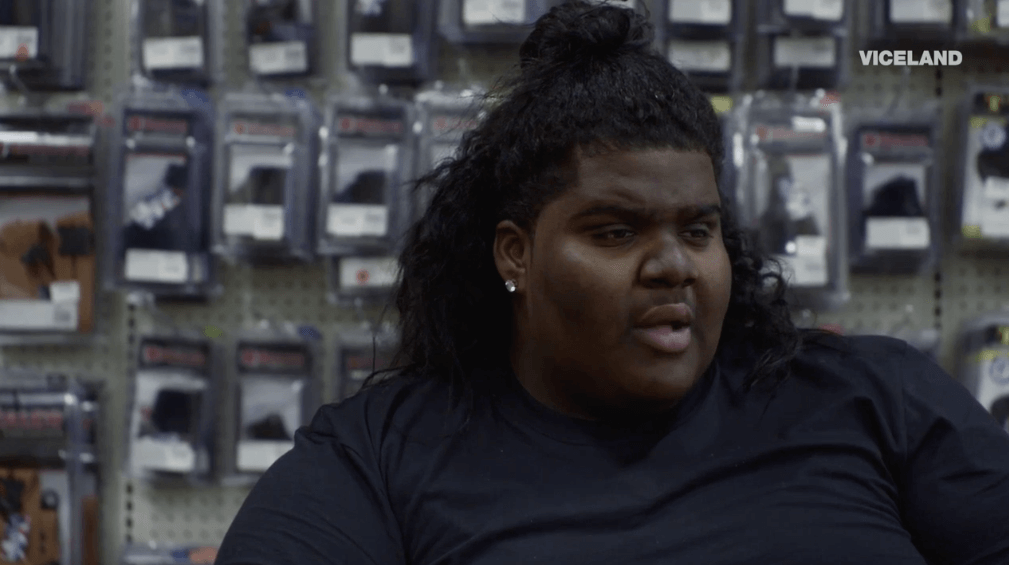 But there’s a reason that Ebony goes so hard and presses on even when tired: the past. When energy runs low thoughts come back of days gone when they dreamed of being booked, busy and traveling. And it all represents a reversal of roles in school.

“I always want to be seen and heard because in high school I wasn’t seen or heard,” they said. “As a commentator, I have to host the event, run the event and make sure everything runs smoothly. You not only have to interact with the crowd, but you have to know what’s going on, what’s next, what’s happening. You have to diffuse a fight and maybe even start the fight to make a battle good!”

My House pushed the lyricist to new heights that will likely rise with a debut EP in August. “I’m shocked that people are watching and I’m shocked that people are writing me on Instagram like ‘Oh my god, you’re Precious!’” they said. “I just had a panel discussion and it was shocking because I went to breakfast with my mom and the manager of the restaurant came over and said ‘Oh my gosh, aren’t you on TV?’”

“So it’s exciting but it’s also nerve-wracking because like I can’t wear this outside, I can’t do this, I can’t do that. But overall it’s so humbling when someone comes up to me on the street and asks to have a picture,” Ebony said. “It’s like ‘Who me? What did I do?’”

That, sis. You did that.